football cards from the card show

Ok, one last post to wrap up my haul from the June card show. These are a few football cards that caught my eye from the 7/$5 bins. 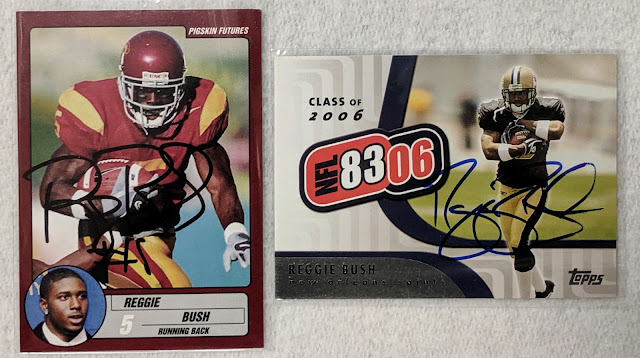 A pair of non-certified Reggie Bush autos, a guy I collect because he went to high school in the same district as me, a few years after I graduated. The card on the left jumps out at me as forged.. notice the two signatures are very different. The one on the right matches with the certified auto I picked up a while back, so I figure that's legit, or at least a decent forgery. The left card is from 2005, while the card on the right is from 2006, the year he was drafted. Maybe he had a different signature in 2005, and then the next year when he had to sign millions of cards and stickers, he adjusted to a quicker autograph..? But whatever, I didn't have either card in the PC, scribbled on or not, so I figured they were worth the 72 cents each. 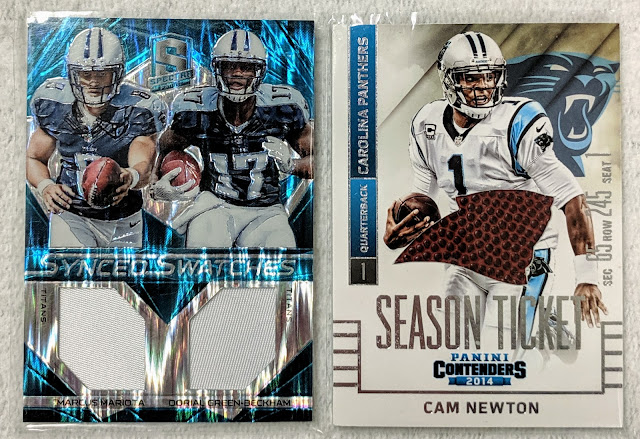 The Marcus Mariota / Dorial Green-Beckham dual relic is kinda ruined by the boring plain white swatches, but is otherwise a cool looking card, #'d 43/50 on the back. The Cam Newton card caught my eye with a chunk of pigskin embedded in it. Nowhere on the card does it mention it, so I've gotta assume it's just a b.s. manufactured relic, not actual game-used memorabilia, which is kind of a bummer, but hey it was cheap. These are both up for trade if anyone wants either. 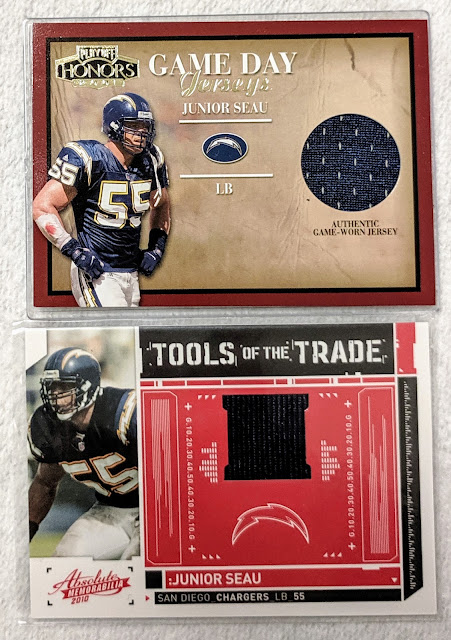 Junior Seau is a guy I still kinda like even though as a whole the Chargers are dead to me now. Couldn't pass up some cheap jersey cards. 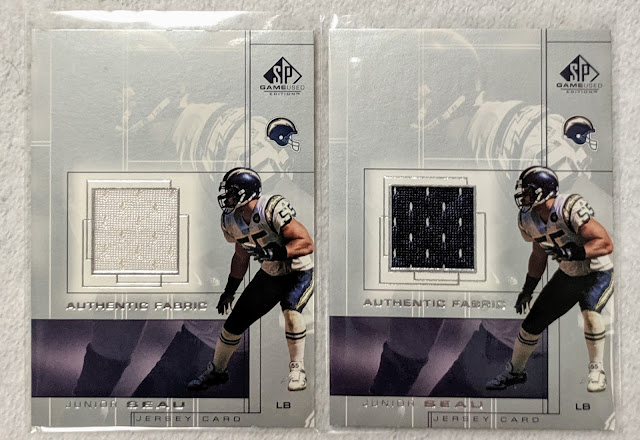 This pair would be considered the same card on most checklists, but hey, different colored bits of fabric, I count them as different cards. Listed for over $7 on COMC, so they seem like a solid deal for me at a tenth of that. 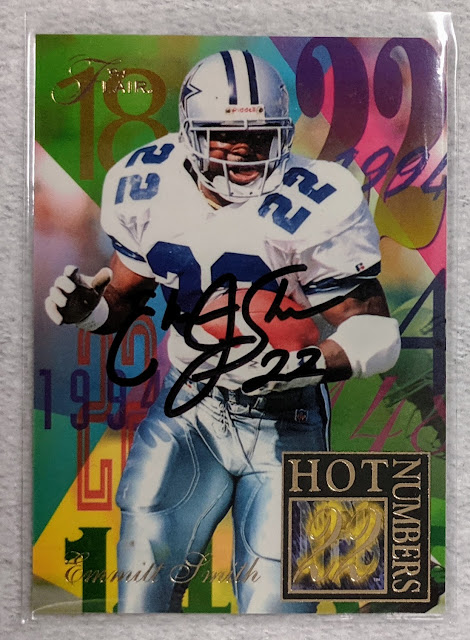 Finally, a non-certified Emmitt Smith auto. I didn't put much faith in this one being legit, but figured it was still worth throwing on my stack just in case. From taking a quick look at his autos on eBay just now, this one isn't even close. Oh well.