screaming over this Abigail Breslin auto

I'm still watching through the (since canceled) horror-comedy show Scream Queens. I was originally drawn to it because of Billie Lourd (of Star Wars and Carrie Fisher's daughter fame), but as the show has progressed, I've found myself crushing more on Chanel #5.

I looked to see if actress Abigail Breslin had any auto cards on the market. And while, no, she doesn't seem to have any cards, turns out she has a book out, This May Sound Crazy, and I ended up scoring an official SIGNED COPY for just $6 shipped. 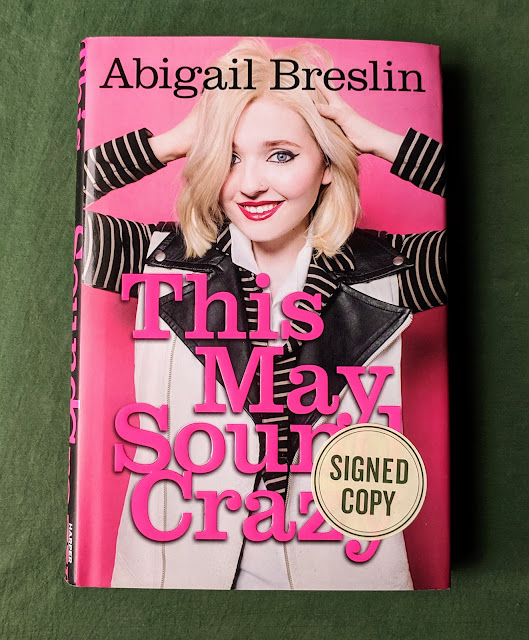 If I have a complaint about it, it's that the cover photo doesn't really look much like her. Not terrible or anything, just not what she actually looks like. Here are a few better photos I found online: 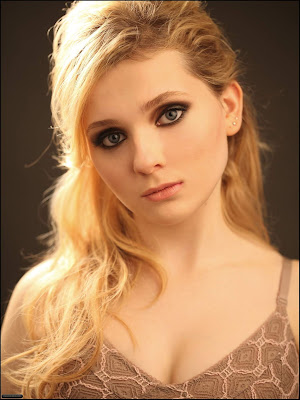 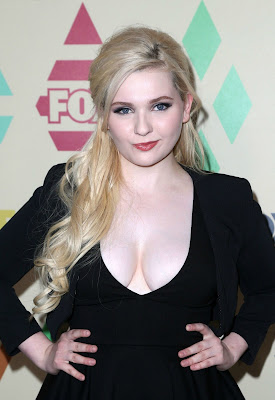 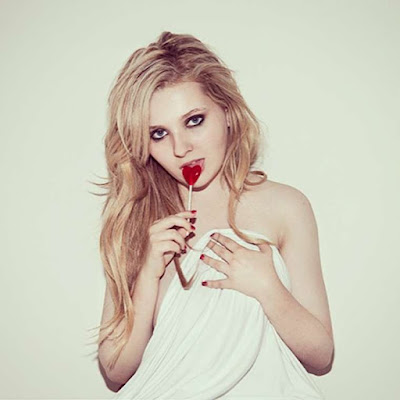 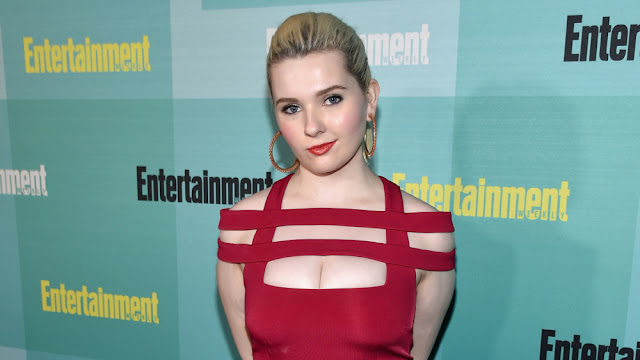 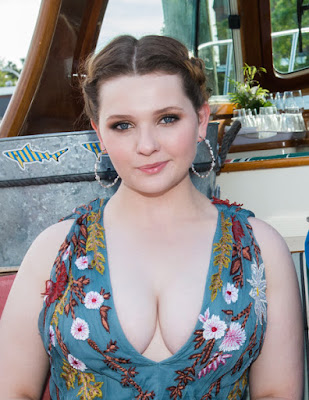 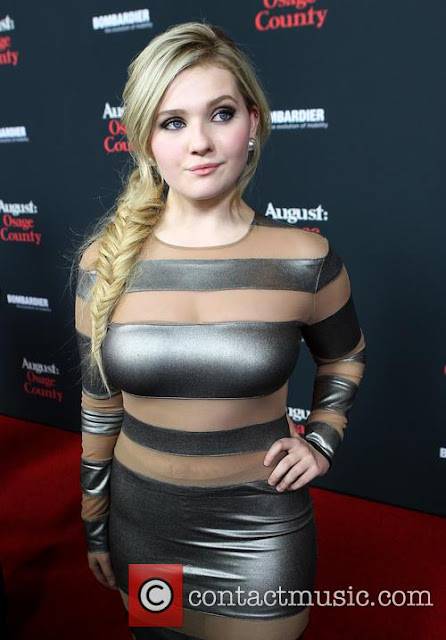 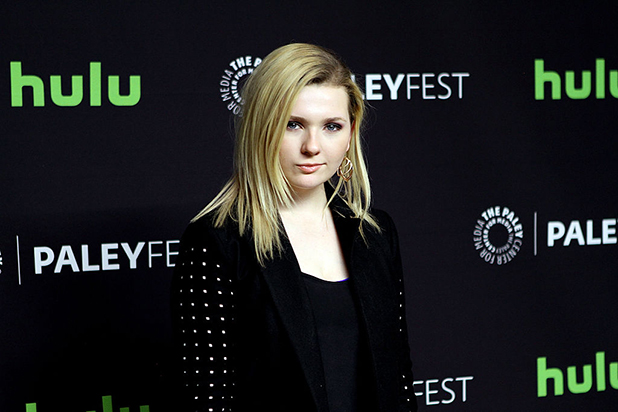 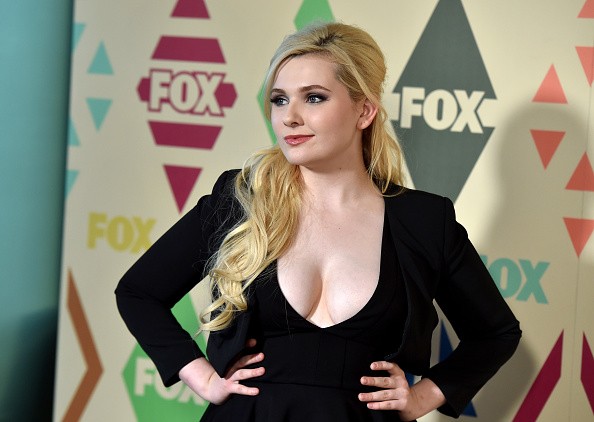 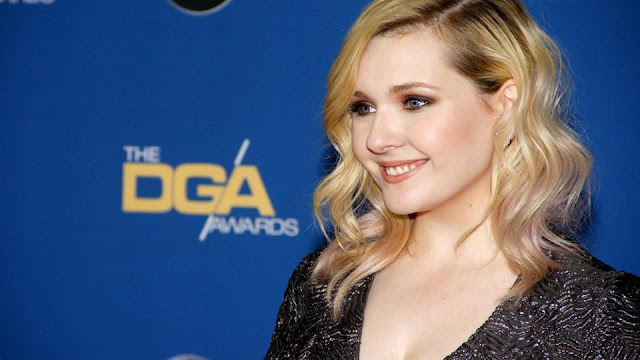 Wow, that's a pretty girl! I didn't realize till I started looking for her autos, but she's the child actress in the Oscar-winning film Little Miss Sunshine which I remember watching when it came out on dvd not all that long ago, which does kinda creep me out to think about. But hey, she's all grown up now. 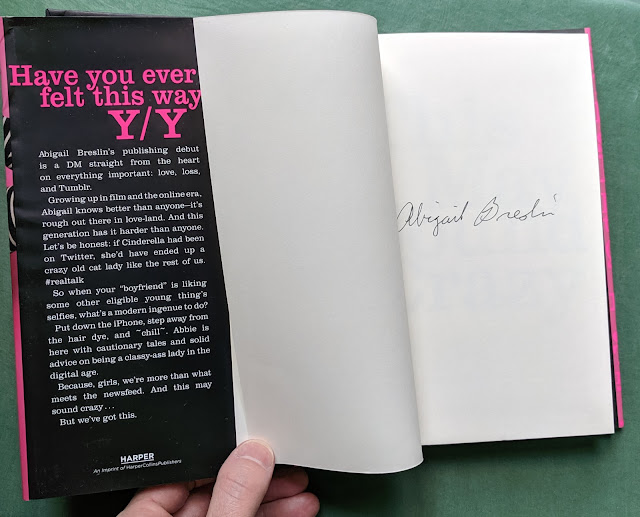 Nice looking signature. I want to give the book a read, though I also want to keep it in good "collectible" condition, so I don't know. I mean, the text is pretty big; it probably wouldn't take me too long to knock it out. Maybe one of these weekends. 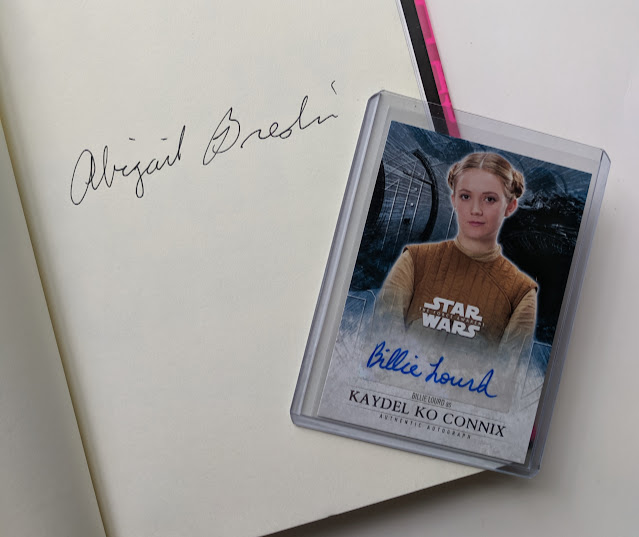 Pairs well with my Billie Lourd autograph. And yes, I looked to see if Emma Roberts has any certified autos out there so I could complete the trilogy of main Chanels from the show, but no, she doesn't appear to have any out there at the moment. Oh well, I'm happy with these two.

Would any fellow blogger out there like to be proofreader buddies with me? It sucks to make typos, but hey, it happens. Nobody likes to be called out on a typo in the comments-- kind of a stigma to it, like you're being "that guy" to bring it up-- but it's also nice to be made aware so the mistake can be fixed. I was wondering if someone wanted to be proofreader buddies with me; if you notice a typo in a blog post of mine, shoot me a quick email to let me know, and I'll do the same if I catch one in a post of yours. No "making it weird" pretence about it, just helping each other out. Let me know if you'd like to enter into such an agreement.

It happened again. I post on Twitter looking to see if anyone has any unwanted commons for a set I'm working on.

me: can anyone help me with this set?

dude: sure, I can help you out. I've got (these cards) from your wantlist for you.

me: great! here's my addy. just let me know what you'd be interested in so I can return the favor.

dude: I'm looking for these: (sends me a tiny list including vintage Clemente and Mantle).

And there the deal dies on the vine. SERIOUSLY! I'm looking for some filler set help and you expect me to hit you back with some all-time greats? I don't get these people. Shit like this is why trading is dying. I try so hard to have a huge wantlist to give trade partners lots of options for a swap. I feel confident that if you're a card collector, you've got available cards I'd be interested in. I have a bunch of PCs (from big stars to obscure nobodies), and am working on a bunch of popular, plentiful sets. Nothing frustrates me more than to be hit with a tiny-ass wantlist in return. I'd rather just buy cards than waste time playing games with "traders" who don't really trade.

Sorry, just had to vent a little there.

I saw a teeny weeny widdle bunny Thursday on my way home. Sorry, I didn't take a photo, but trust me, this bunny was cute.

Any of you guys on Steam, the video game website? Their big summer sale is going on now. I bought a few games today, mostly old stuff. I love Maniac Mansion and other similar games from folks involved with it. I don't seem to find the time to play games as often as I'd like, and I suck at video games for the most part, but it's a fun way to spend some time. I'm not sure how "friending" works on Steam, but if you wanna add me, I'm username Sweet Potato Jones. Would be cool to do some cooperative games with card buddies sometime.

Big thanks for stopping by!
Posted by defgav at 11:18 PM