A made a few small Sportlots purchases late one hazy night a week or two ago. I had totally forgotten about the order until PWEs with unfamiliar return addresses started sprinkling in my mailbox. These aren't the most exciting pickups, but I haven't posted since Monday, so figured I should crank out something before I lose my reputation as a blogger who posts multiple times per week. I think 1993 Topps Black Gold inserts are my favorite 90s insert. If I have room in my cart to add some cheap without making the postage go up, I'm all about it. 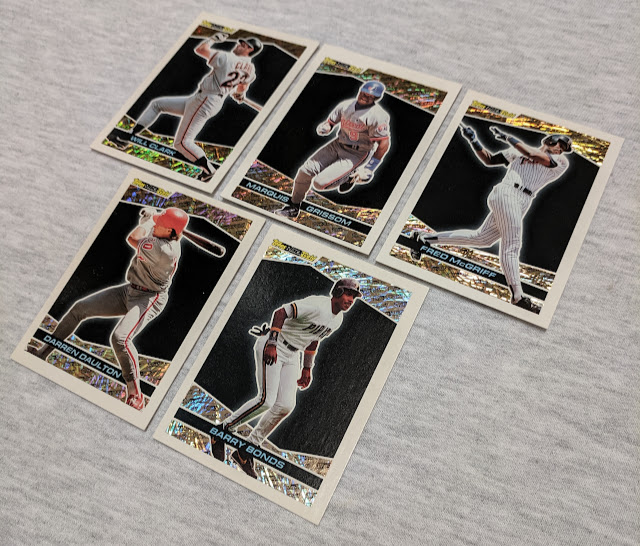 A gratuitous second look. I've said it many times, but I wish Topps would bring these back for an encore, preferably in Archives, but failing that, even an online exclusive would do. Would be neat to see current players on these. But I suspect the crazy gold foil makes them a bit too tricky/pricey for lazy Topps to bother with. 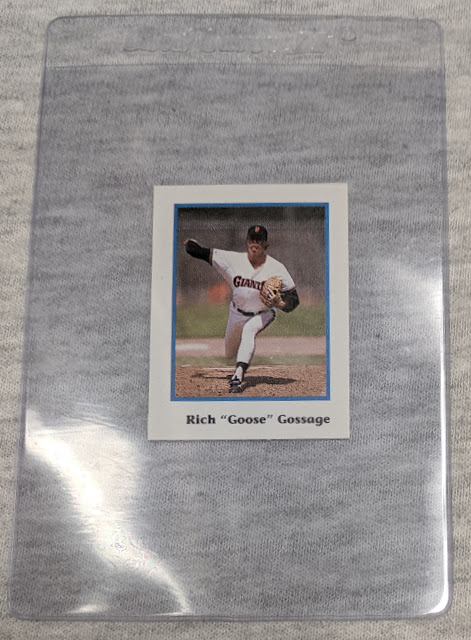 This must be what initiated the Sportlots order. It wasn't long ago that I tracked down Rich Gossage's 1989 Mother's Cookies card-- the lone Giants card to come out from his short-term stint in San Francisco-- but I figured I'd also snag this tiny 1990 Publication International sticker, too.. the only other card-like-thing out there picturing Goose in the unfamiliar duds. 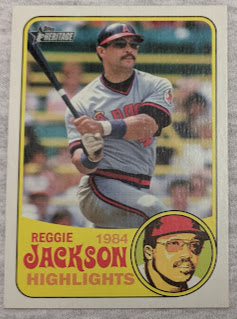 I have no recollection of putting this Reggie in my cart, but I think I was looking for card #1 in this subset (featuring an oh-so-rare shot of him with a KC cap), but either got this one by mistake or settled for this one when the other was unavailable. But whatever, I'm always down for a new Reggie card. 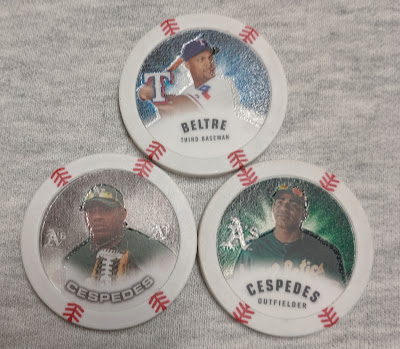 I have a love/hate relationship with Topps Chipz. I hate them... but I love glow-in-the-dark collectables, so sometimes I'll look for cheap glowly parallels, such as these. I didn't take a pic in the dark, so you'll have to trust me that they glow (just a little, behind the player). Beltre is from 2013, while I've got Cespedes in both '13 and '14 varieties.

I'm working on a big post of glow-in-the-dark stuff, but it's still a ways off since it'll have to wait till my next COMC shipment. But know that I've been hitting my glow-in-the-dark "type collection" hard lately, trying to get at least one example from every glowing trading card set out there.. which I hope to chronicle in that forthcoming post.

Anyways, that's all the baseball stuff for today.

Here are some bonus pictures from my commute home yesterday... 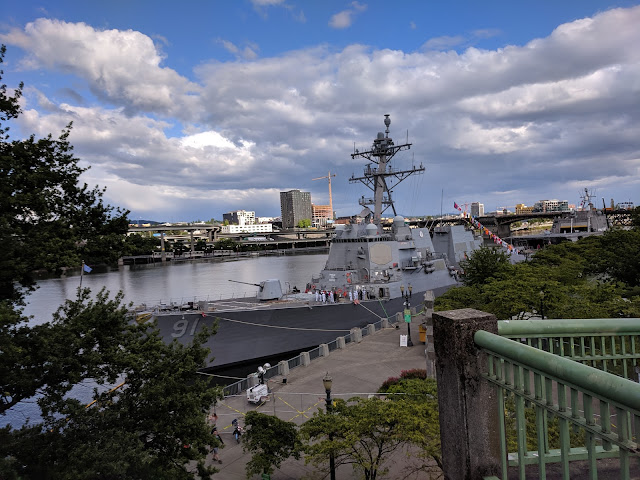 I ended up walking over the bridge since the Max I was on kicked us all off the stop before for maintenance or something. There are some ships in town for the big Rose Festival this weekend. 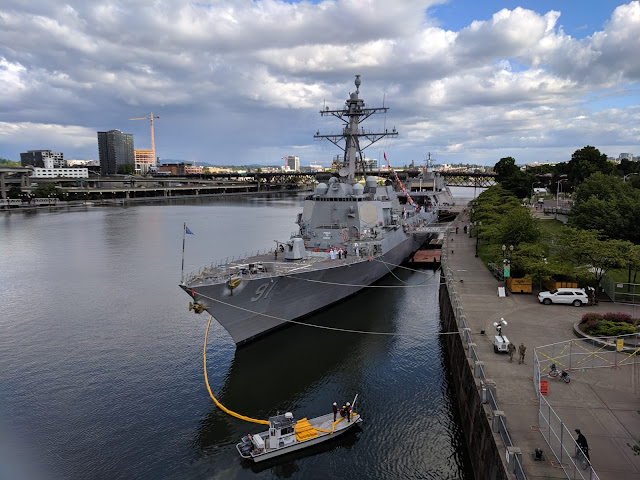 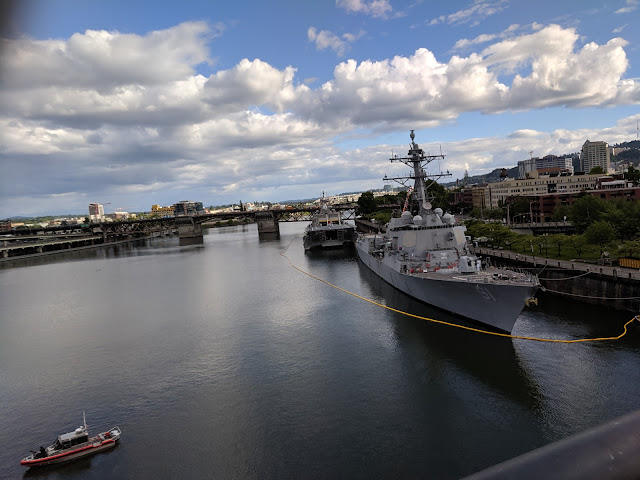 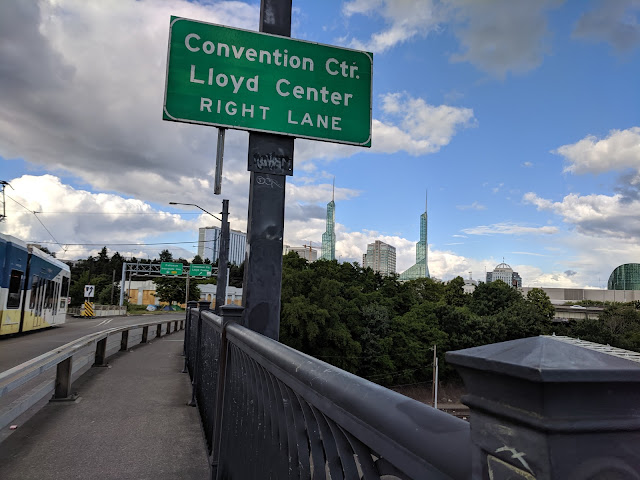 Those funky towers in the middle are part of the Convention Center. I haven't been in there. Sure would be cool in the National Baseball Card Convention came to Portland, but I wouldn't hold my breath. 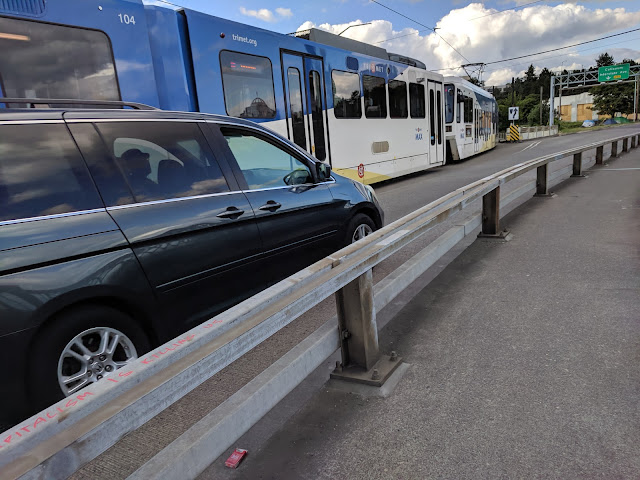 Here's a Max train passing me by. 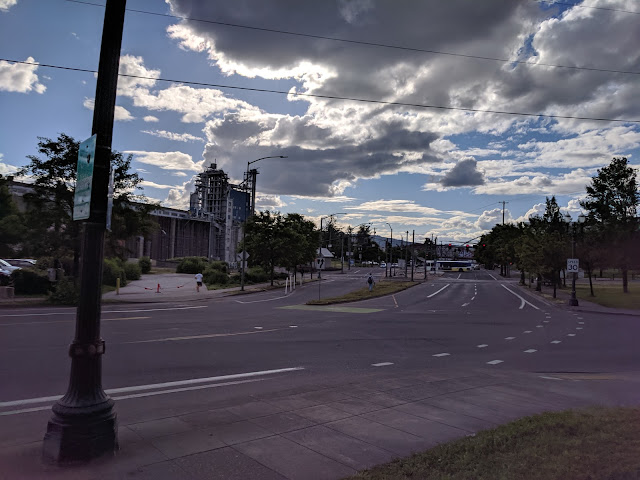 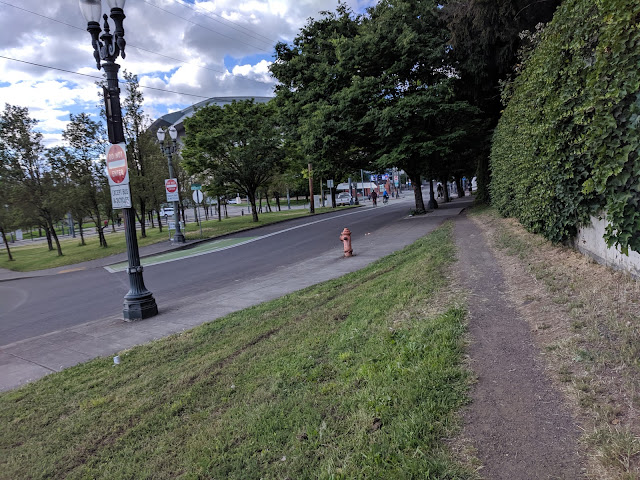 You can kinda see the roof of the Moda Center here (where the Blazers play). 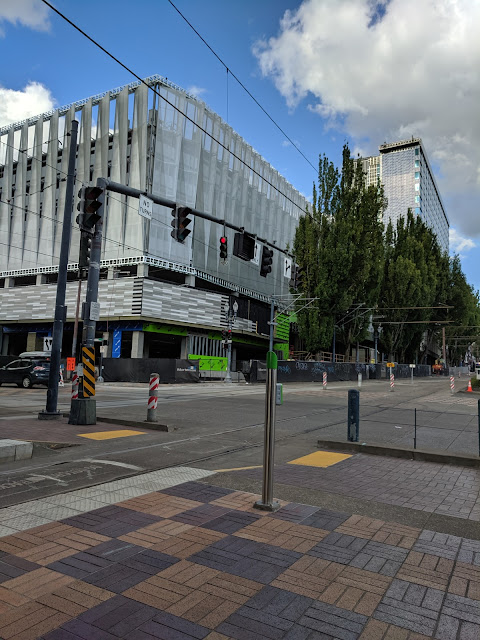 After I crossed the bridge, I made it to the next stop to get on a Max the rest of the way. 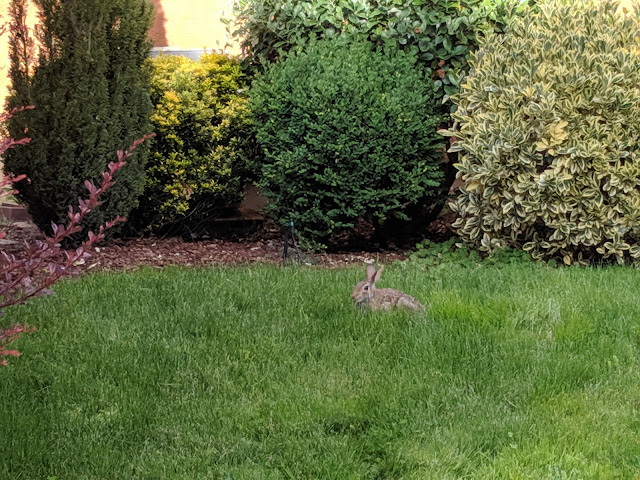 As I got close to home, I saw a bunny! Always a highlight of my day when that happens. 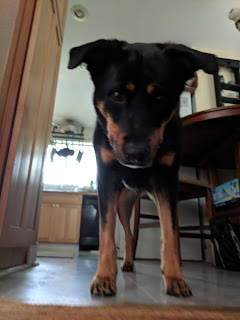 Then my cute pooch welcomed me home and wanted to play, wrapping up this little tour through my Portland commute. 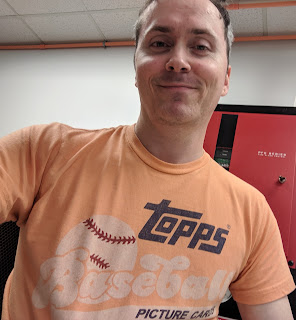 Hey, it's a Card Show Weekend for me! As is my tradition, I wore a Topps shirt today, the Friday before. I originally put on my red one, but this morning I saw on Twitter that you're supposed to #WearOrange today to stand up against gun violence, so I played along and changed into the orange one.

Have a great weekend, everybody!
Posted by defgav at 4:11 PM