World Series: Cool that it's gone 7 games. I may have to head out to a sportsbar this evening to watch the game since I ain't got cable. Either that or just listen to the audio like they did back in olden times.

It's been a while since I've checked in with my 2004 Topps Retired Signature Edition set. I have a main collecting goal of acquiring each of the 76 autos in the set, with an ultimate goal of having refractors (#'d /25) of all 76.

I haven't checked off any new cards from my needslist lately, though I have upgraded 3 from base autos to refractor autos. Let's look at several pictures of them now, soaking in all the goodness. 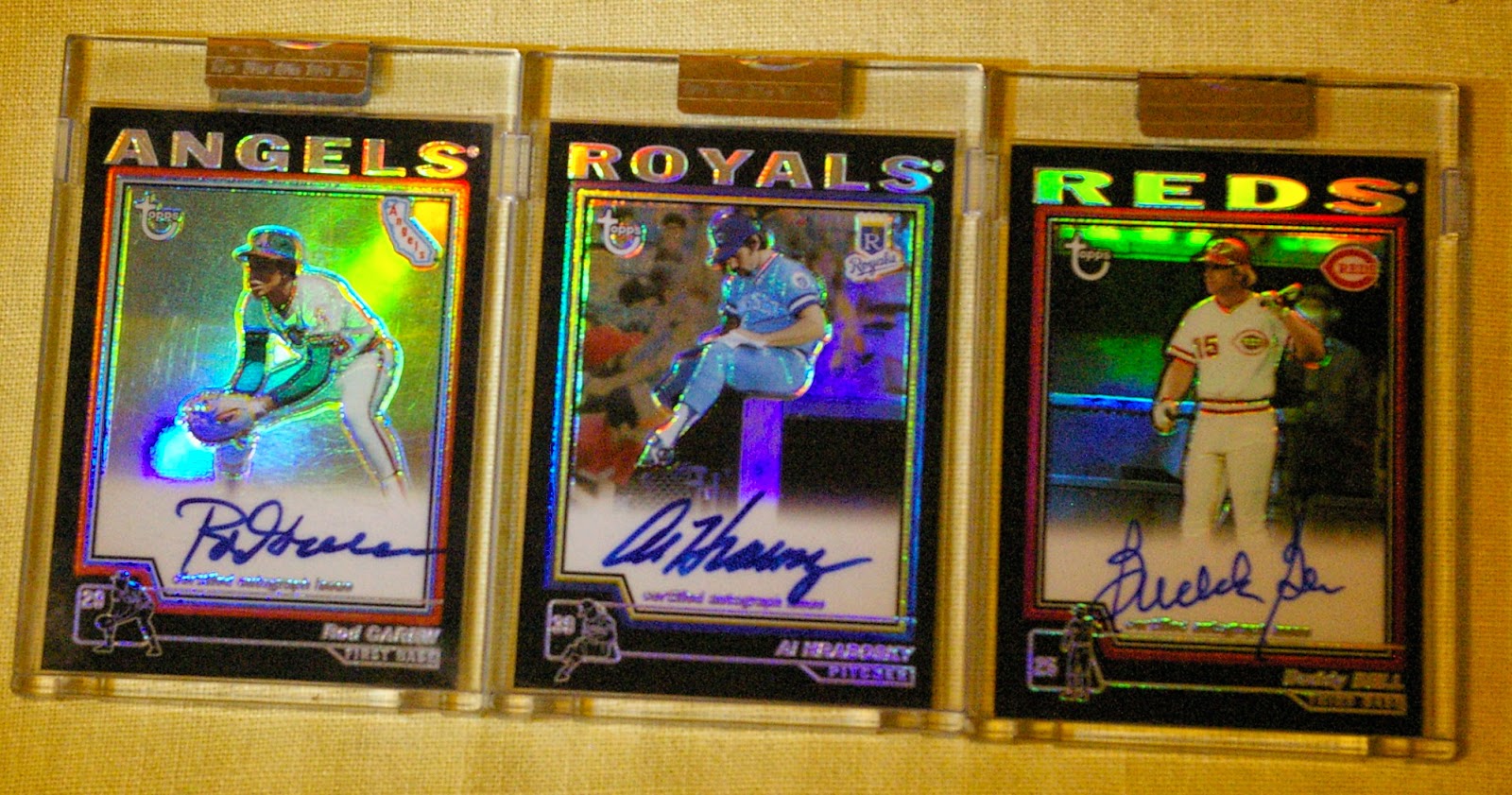 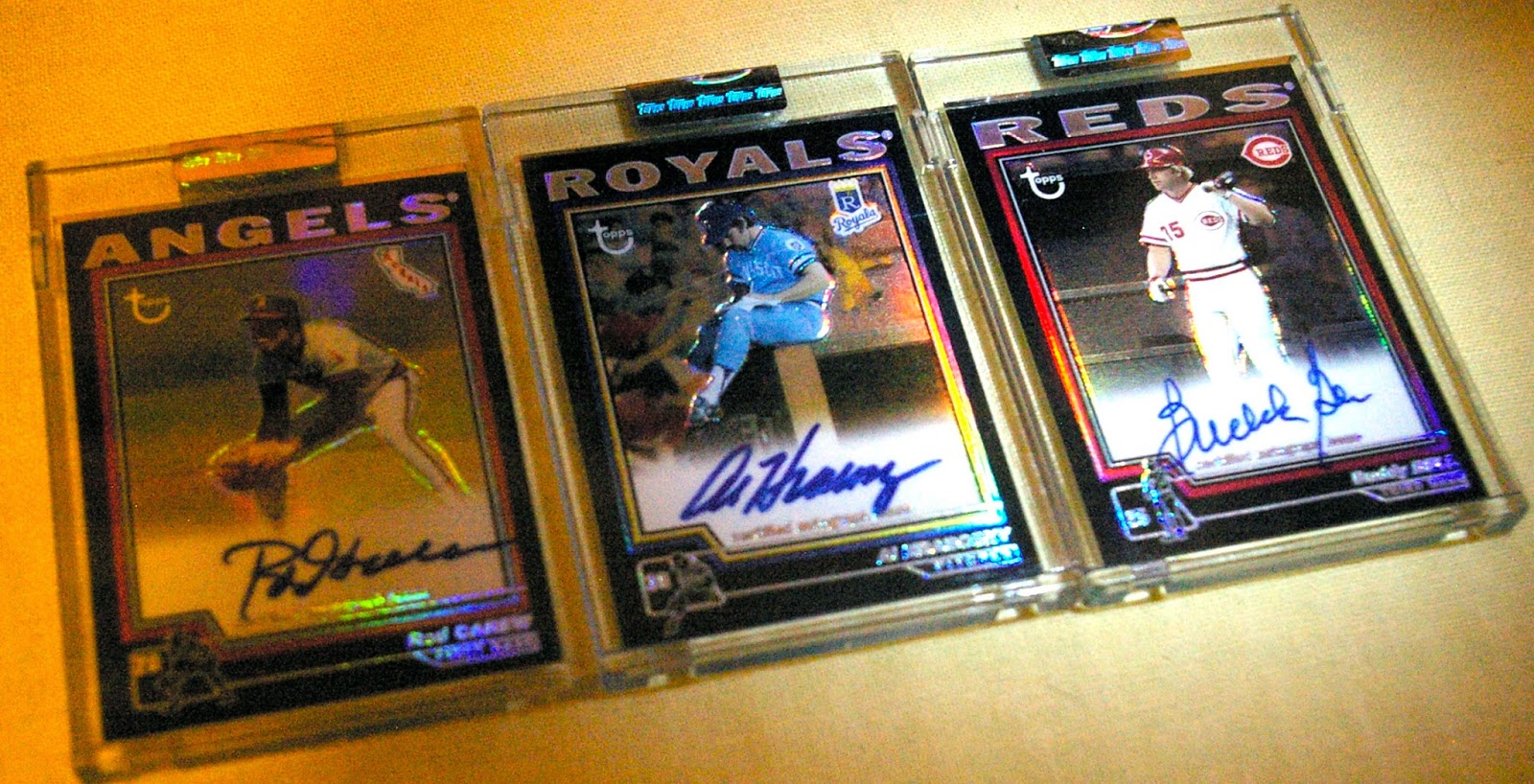 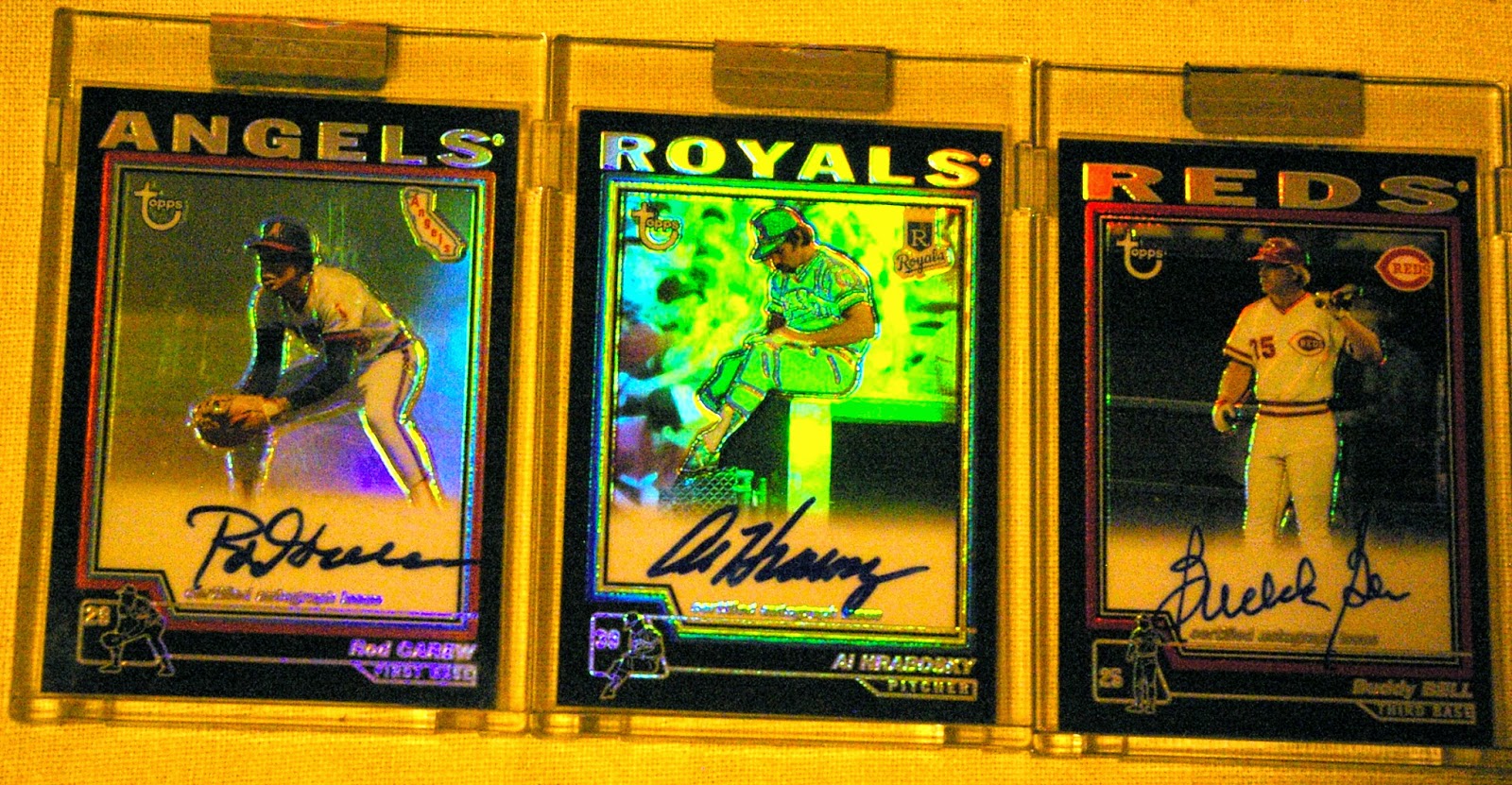 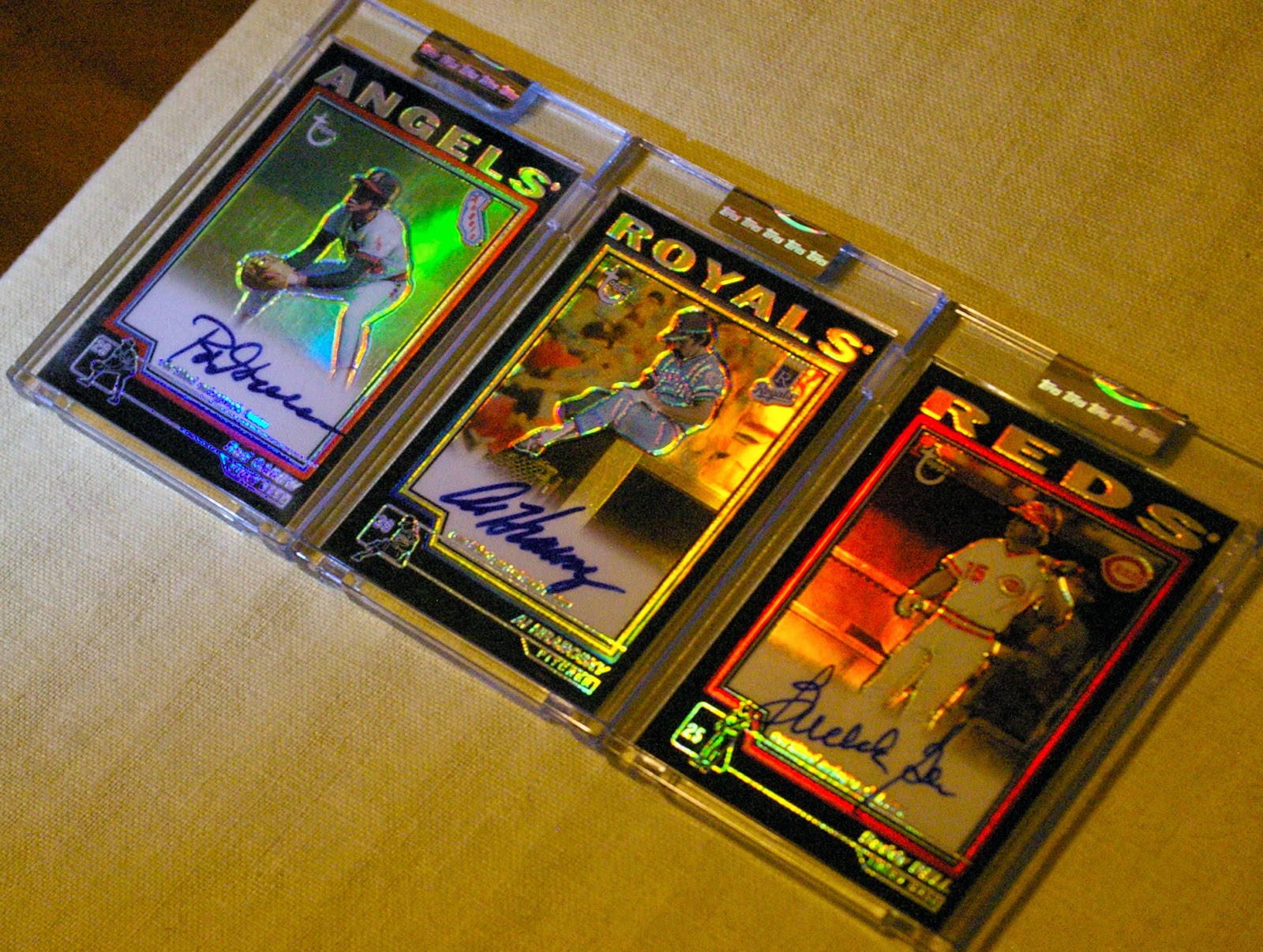 Man, the refractors are so much more prettier than the base autos that I think I'm only going to focus on the refractors now (unless there's a great deal on a base auto). Here, we've got a Hall of Famer with mad hits, Rod Carew, the Mad Hungarian Al Hrabosky, and fan favorite Buddy Bell. (If only I had gotten the Bill "Mad Dog" Madlock refractor instead of Buddy Bell, I'd have a mad trifecta! Alas, I'm still on the hunt for a Madlock refractor. There's been one on eBay for a while, but I don't want that one.)

The Hrabosky fits into a microcollection (smaller than a minicollection) I kinda started recently of autographed autograph cards (that is, autographed cards that feature a photo of the player signing autographs. Doesn't that blow your mind?!)

So far, I think the only other card I have in this microcollection is Steve Garvey's glorious 2004 Fan Favorites auto. 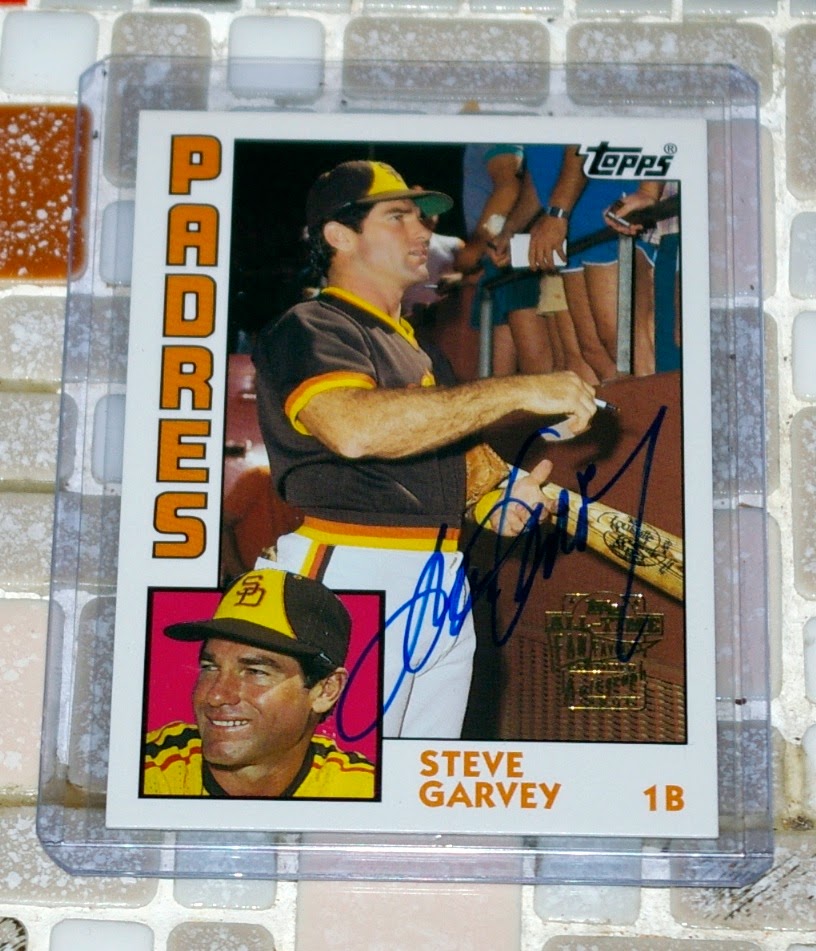 I'd like to add 1 to 3 new cards to this microcollection by this time next year. Any suggestions?

As for the base autos of those three 2004 Retired cards that I no longer need, feel free to make me a trade offer for any of them. Otherwise, they'll likely end up on eBay or in the prize pool for next year's contest season here on the blog.