I bought an entire dimebox

Good card show haul this month. As I mentioned last time, I brought back a ton of cards for not that much cash. I started out digging through a dealer's 50 cent box and came up with $7 worth of cards. The neighboring dealer noticed me thoroughly leafing through the cheap cards, and set out a fresh dimebox tub just as I was making my way down to his spot. I dug in and soon started up a modest stack. He told me he'd sell the whole thing for $25, at which I gave an interested murmur and said I'd think about it. After a few more minutes of digging, I decided to go for it. I countered with $20 and we settled on $22. 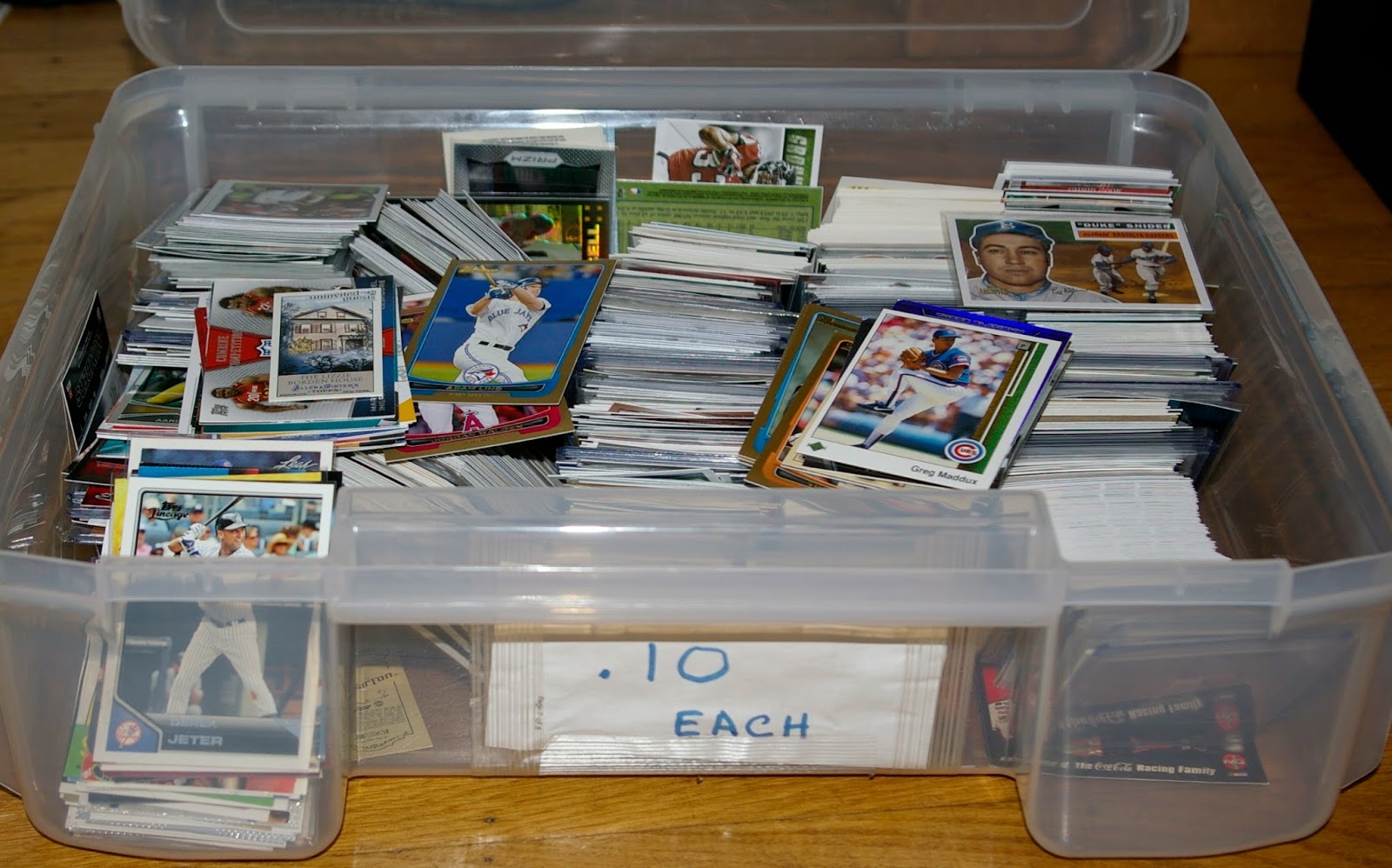 While not a gold mine acquisition on the level of recent scores by Bo and VFTSB, I'm still pretty happy about it.

I'd estimate it at about 2,000 cards. It's roughly about 35% baseball, 45% football, 10% basketball, and 10% other (racing, hockey, and various miscellany). Yeah, I'd rather it was mostly baseball, but oh well. I figure I can easily find $22 worth of cards from it that I want, and stock up on trade bait and Listia fodder with the rest. Heck, you gotta figure the handy plastic tub itself is worth a couple bucks, so it was essentially a penny box for me. Can't beat that.

I'm going to start with the "other" since it's the easiest for me to sort and I'm still working on the baseball, football, and basketball.

I found a few hockey guys I've heard of, so I'll add those to my tiny hockey collection. 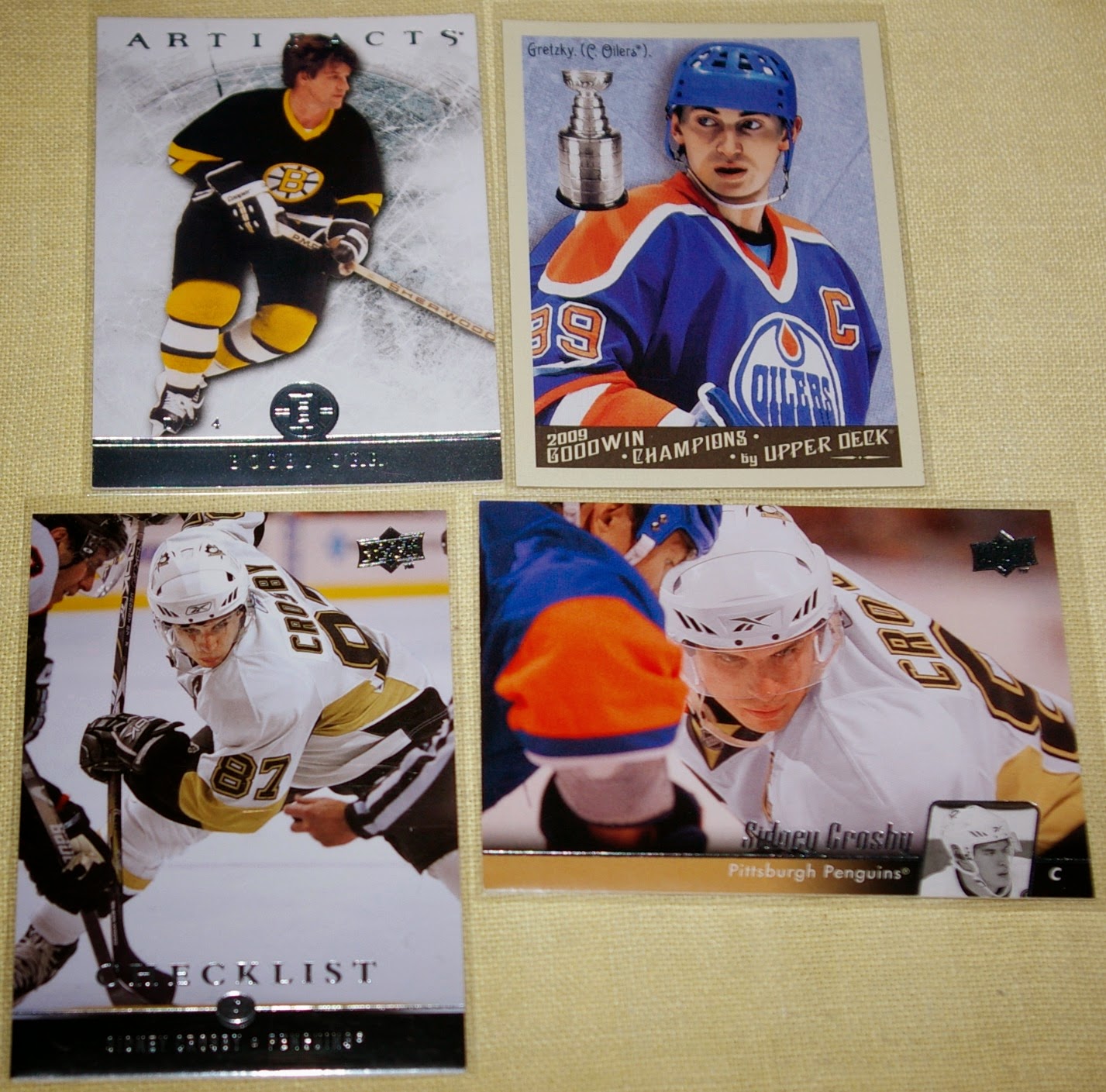 Here's the rest of the hockey. Trade bait, anyone? 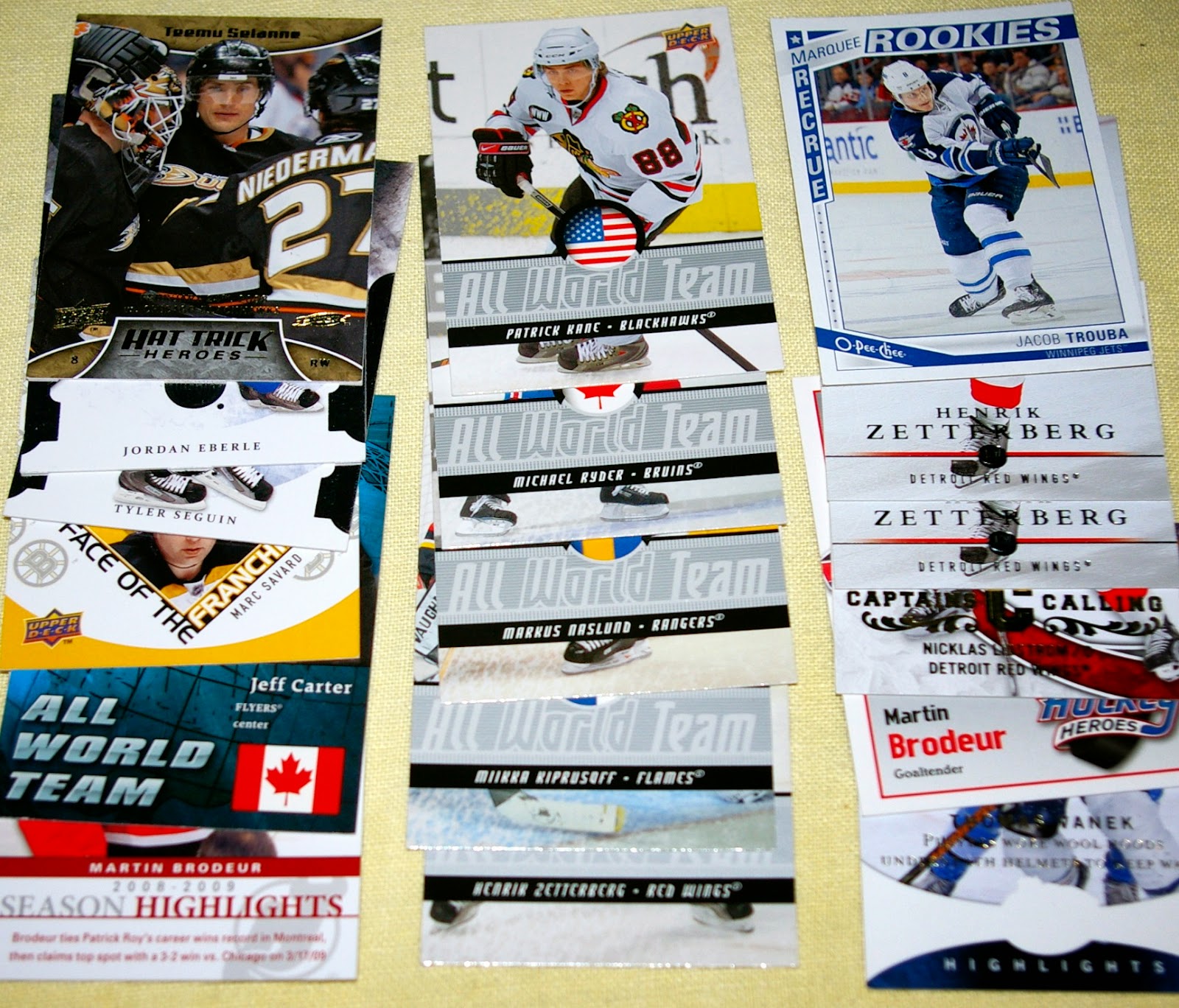 There were a fair amount of racing cards. I don't follow racing at all, but (if you're a regular reader, you're probably sick of me mentioning this by now) I collect Jimmie Johnson because I went to high school with him (he was a senior when I was a freshman). So at least I've got one horse car in that race, making the racing cards not a complete bust. I was able to add a handful of new JJs to my modest PC, more than doubling it in quantity: 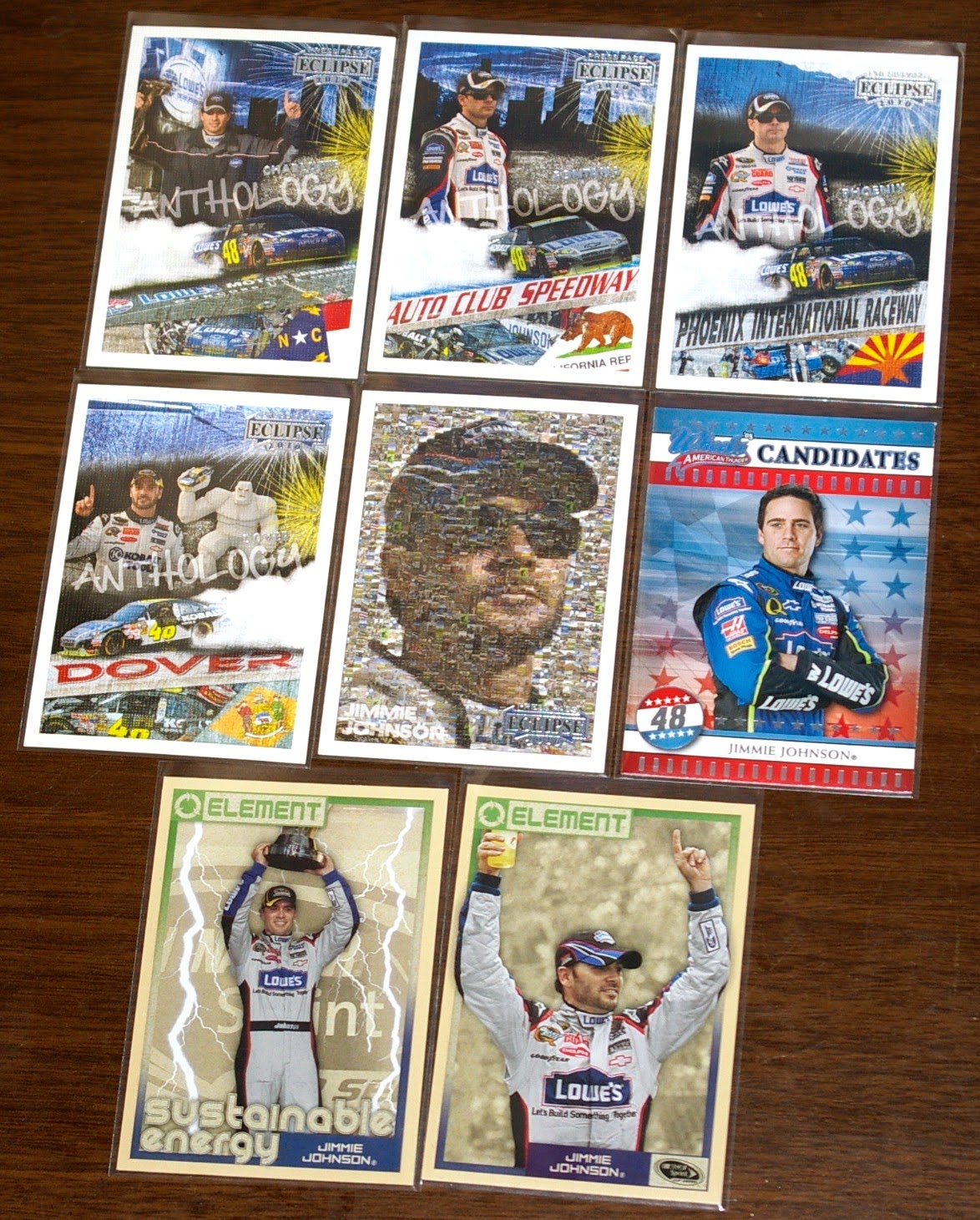 I might also keep this Danica Patrick card... because... it insists that I do. 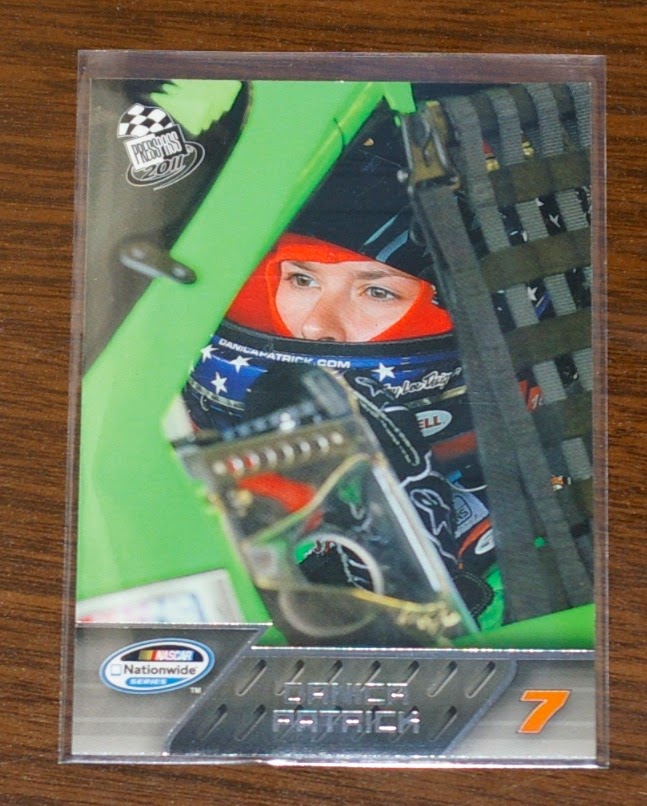 Here are the rest of the racing cards. More trade bait. Anybody interested in anything? Raz? 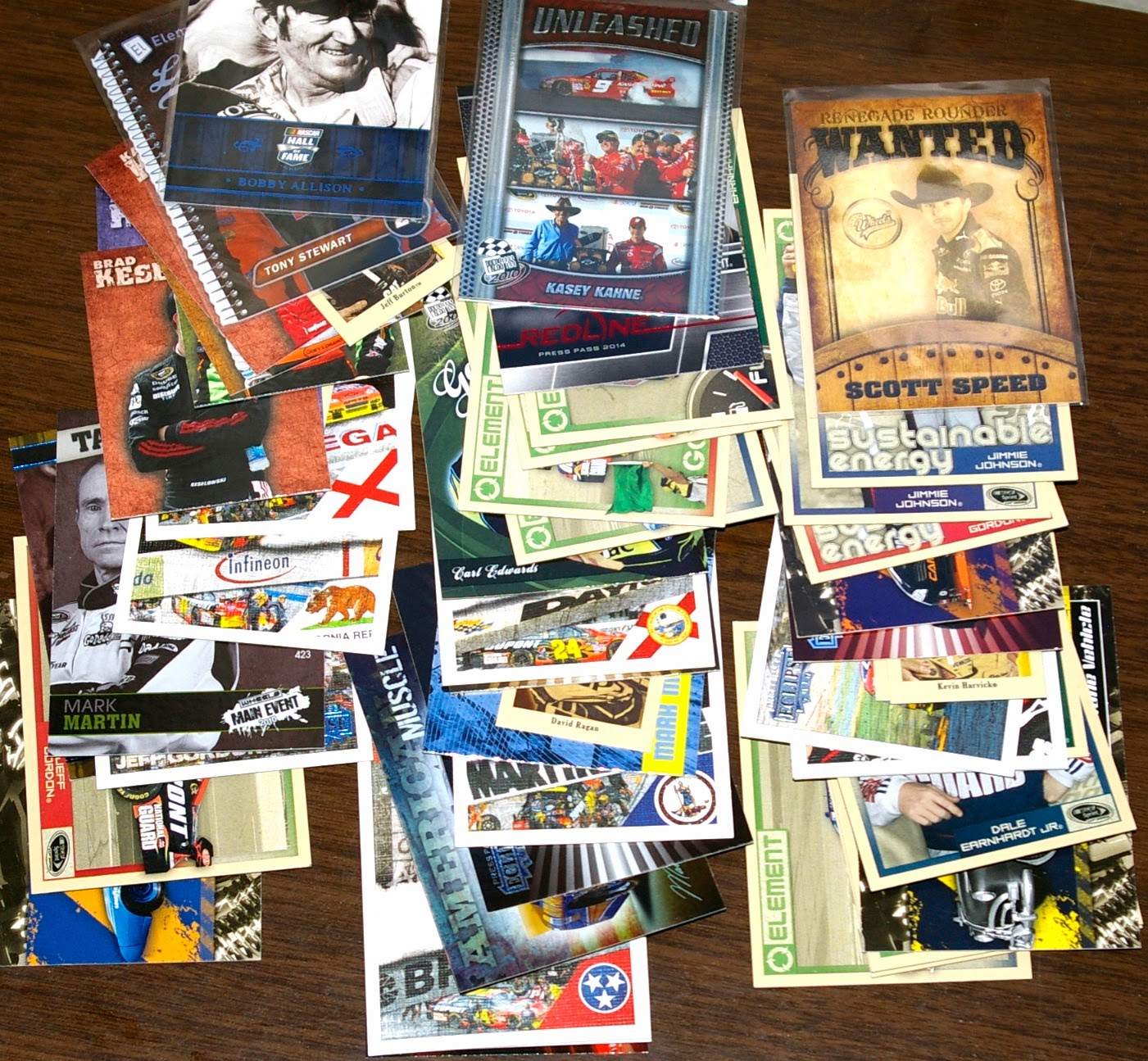 Here's some other stuff I also don't want. Do you? Presidents, UFC, golf, Elvis, etc: 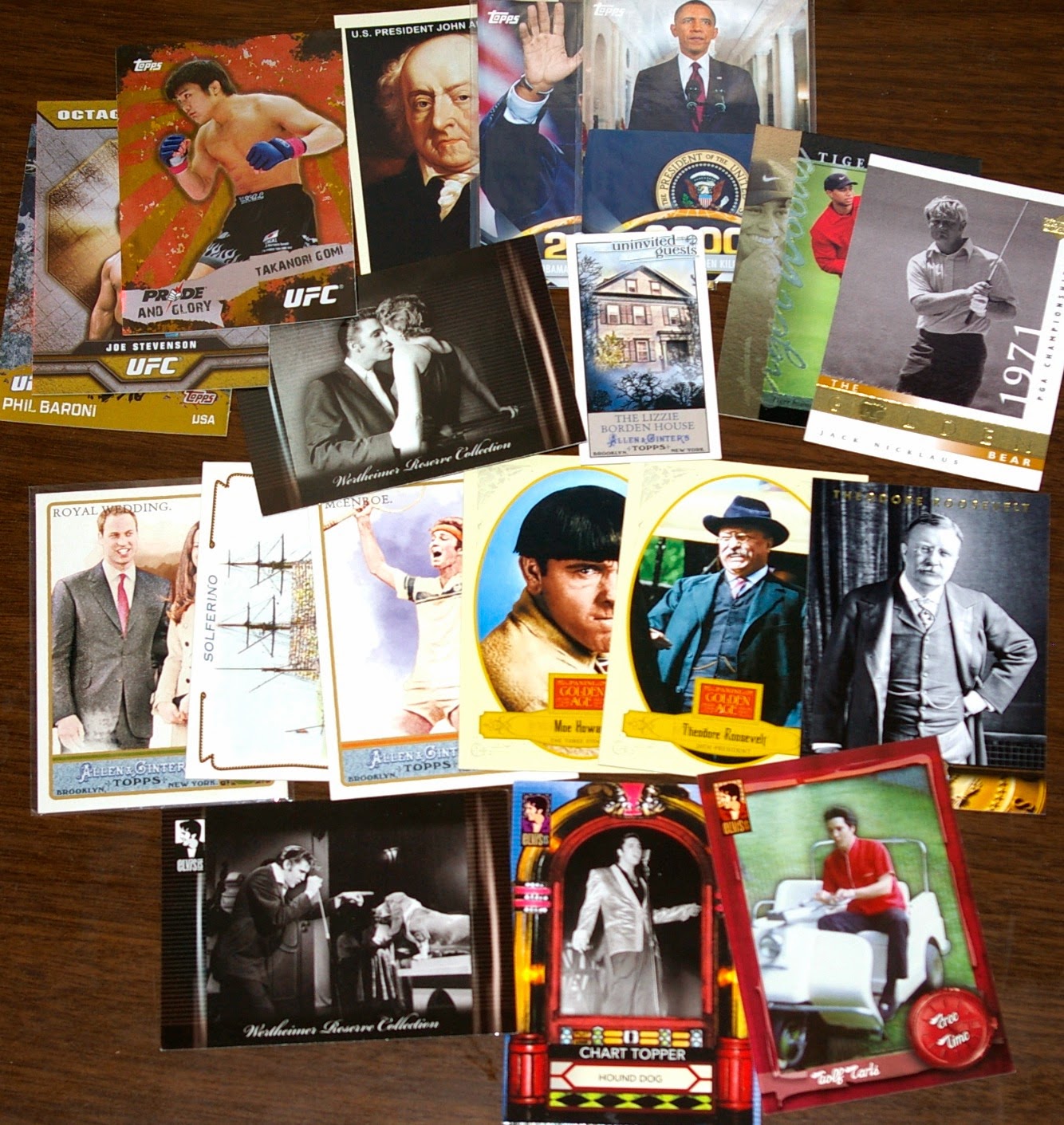 So now we've scratched the surface of the dimebox. Stay tuned as we venture into the 3 bigger sports.
Posted by defgav at 5:07 PM