The rest of that 94 Collector's Choice box

I was going to make a "clever" title of "Pro-Collector's Choice" or some other pseudo-controversial phrase like that, but I pussed out. But yeah, here's the second half (or so) of my 1994 Collector's Choice Series One box. The first installment saw a Chipper silver signature parallel and some other neat looking cards. Now let's finish ripping the rest of the box.

First up, the signature parallels: 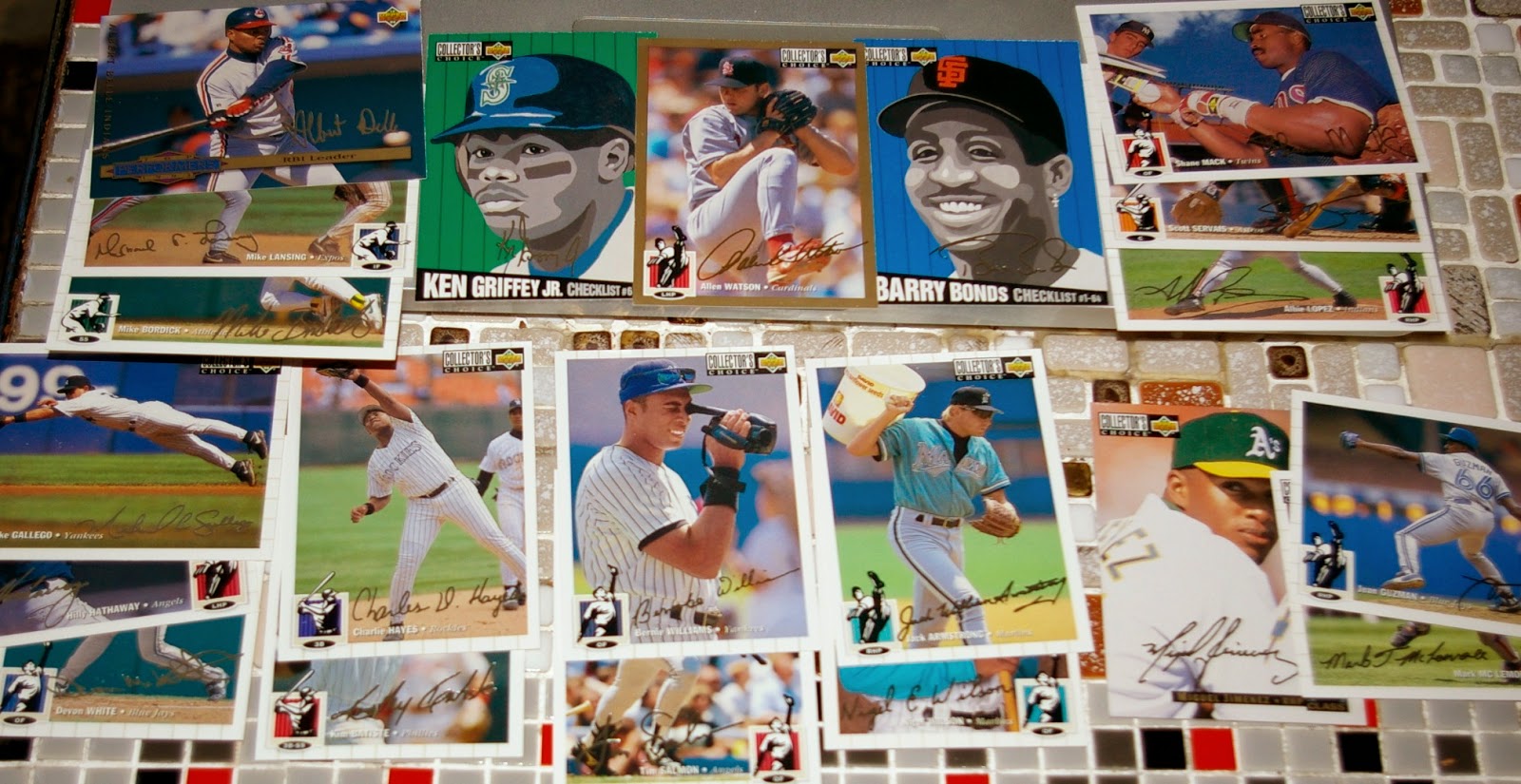 The lone gold signature of the box (ie, the only card with potential to have monetary value) is Allen Watson. Sigh.. oh well.. You don't buy Collector's Choice for the hits. That Griffey checklist might be the best o' the box. Other big names here are Bonds, Belle, and Bernie. Tim Salmon (obscured under Bernie) was probably a hot card when this set first hit shelves.

Next are a few more probable "keepers".. 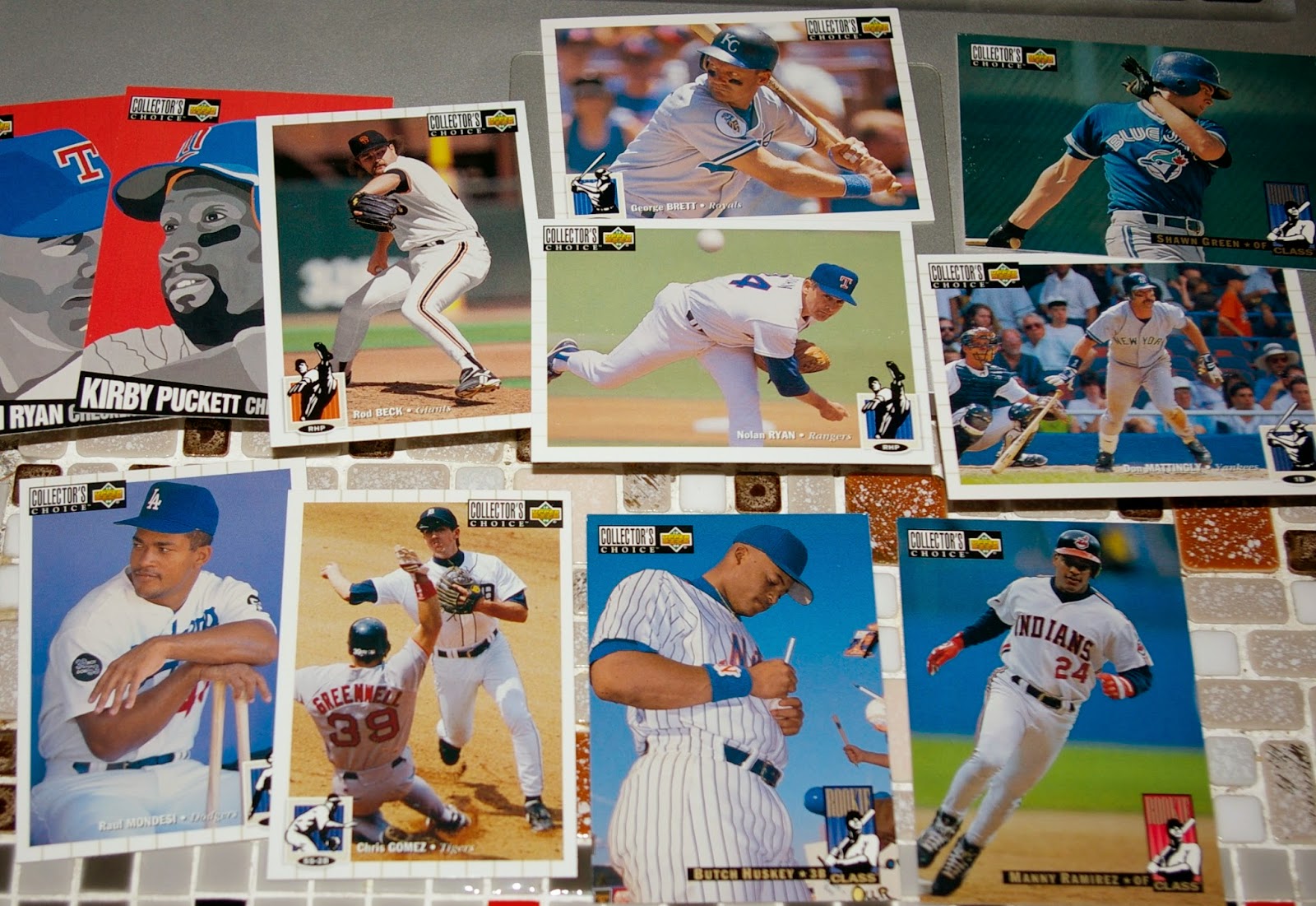 A couple nice final tributes in Brett and Ryan. And some decent rookies. (Although none of these are "true RCs", I'm sure, what with draft pick cards n' such.) Butch Huskey was the original Rock Shoulders.. a guy you had to love for his bad-ass name if nothing else. (Champ Summers is another one that comes to mind.) 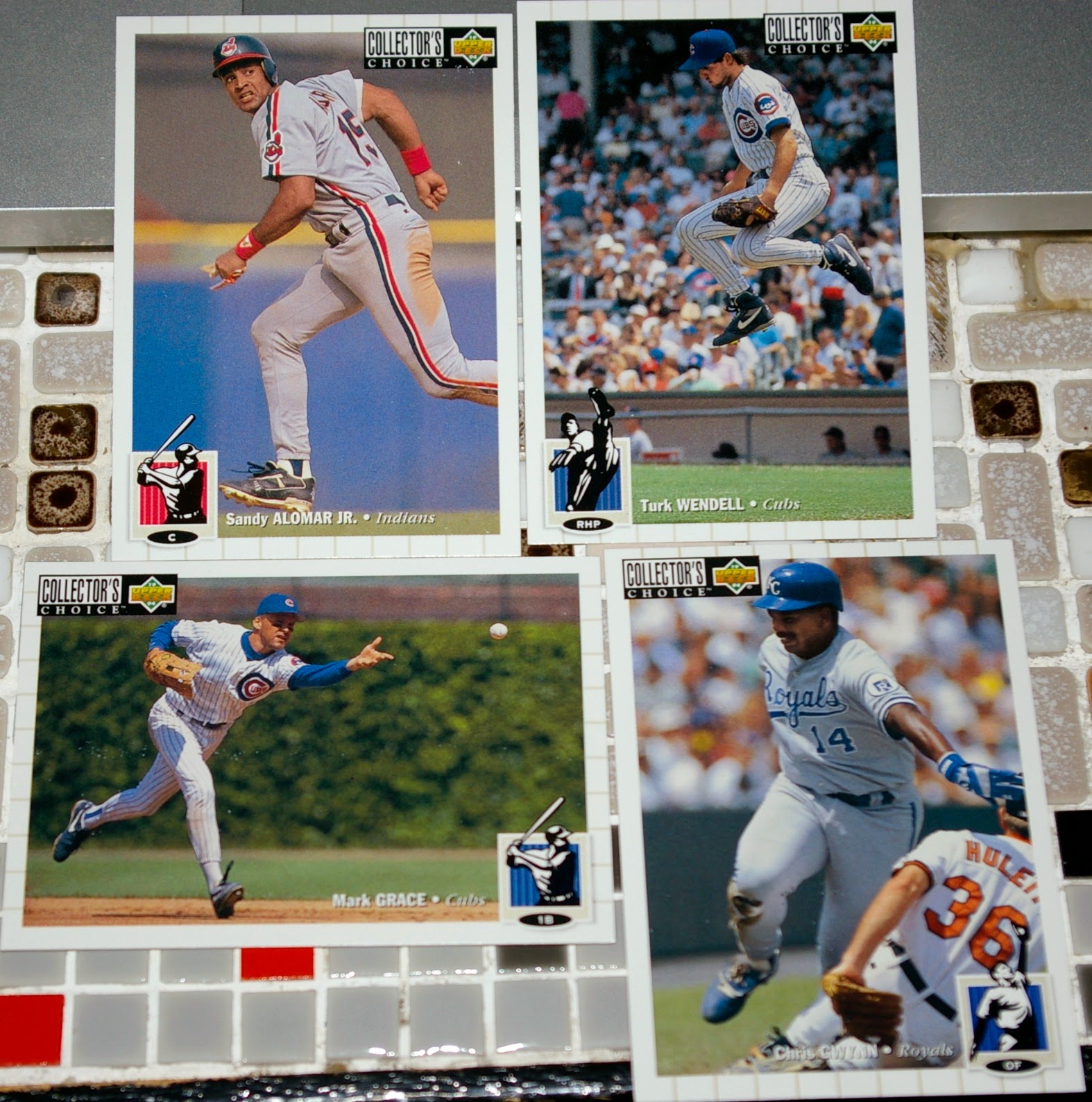 Here's Sandy Alomar fleeing for his life from psycho Turk Wendell. Then below, Chris Gwynn tries to uncomfortably squeeze past an Oriole (perhaps foreshadowing for the ALCS?) while Mark Grace lobs a baseball at his head. It's not easy being a Royal.

So there you go. Again, I would love to dump a chunk of my 94 Collector's Choice stack on you, so please let me know if you have even the slightest ounce of interest in any cards from this set! Of the cards pictured, really the Griffey checklist and Nolan Ryan non-checklist are the only cards that are off the table. Lots of dupes, too. Dupes within the same pack, even! If that happened today with the tiny packs they give us, that'd be inexcusable. But with how many cards you got per pack/box back then, it's hard to complain. Again, a fun/cheap wax (foil) ripping fix.