I bought a dimebox: the Basketball highlights

I went to the card show over the weekend and bought an entire dimebox for $22, as I mentioned last time. This post is covering the basketball cards that were included.

While I don't dislike basketball, I don't follow it much, and it's a rare day that I watch a game or read an article (It was cool when the Trail Blazers advanced on a buzzer-beater last year, though.) There are a few guys I remember from back when I used to watch Pardon The Interruption on ESPN a few years back when I still had cable. And of course I know the big-name greats of yesteryear. I don't have much of a basketball card collection, but I don't mind adding to it from time to time. I was able to pull out a bunch of cards to keep from the dimebox, with plenty leftover to move via trades or Listia. 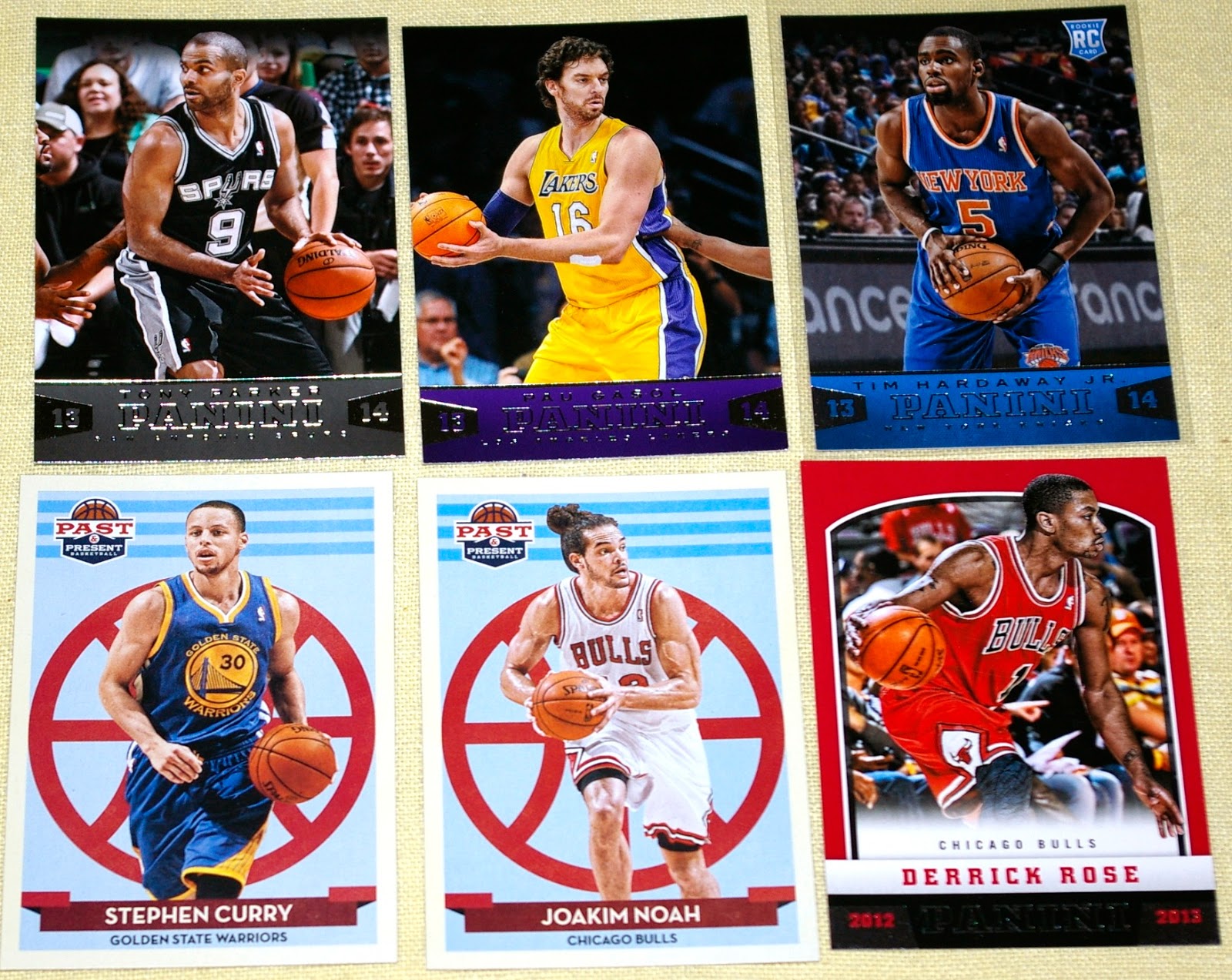 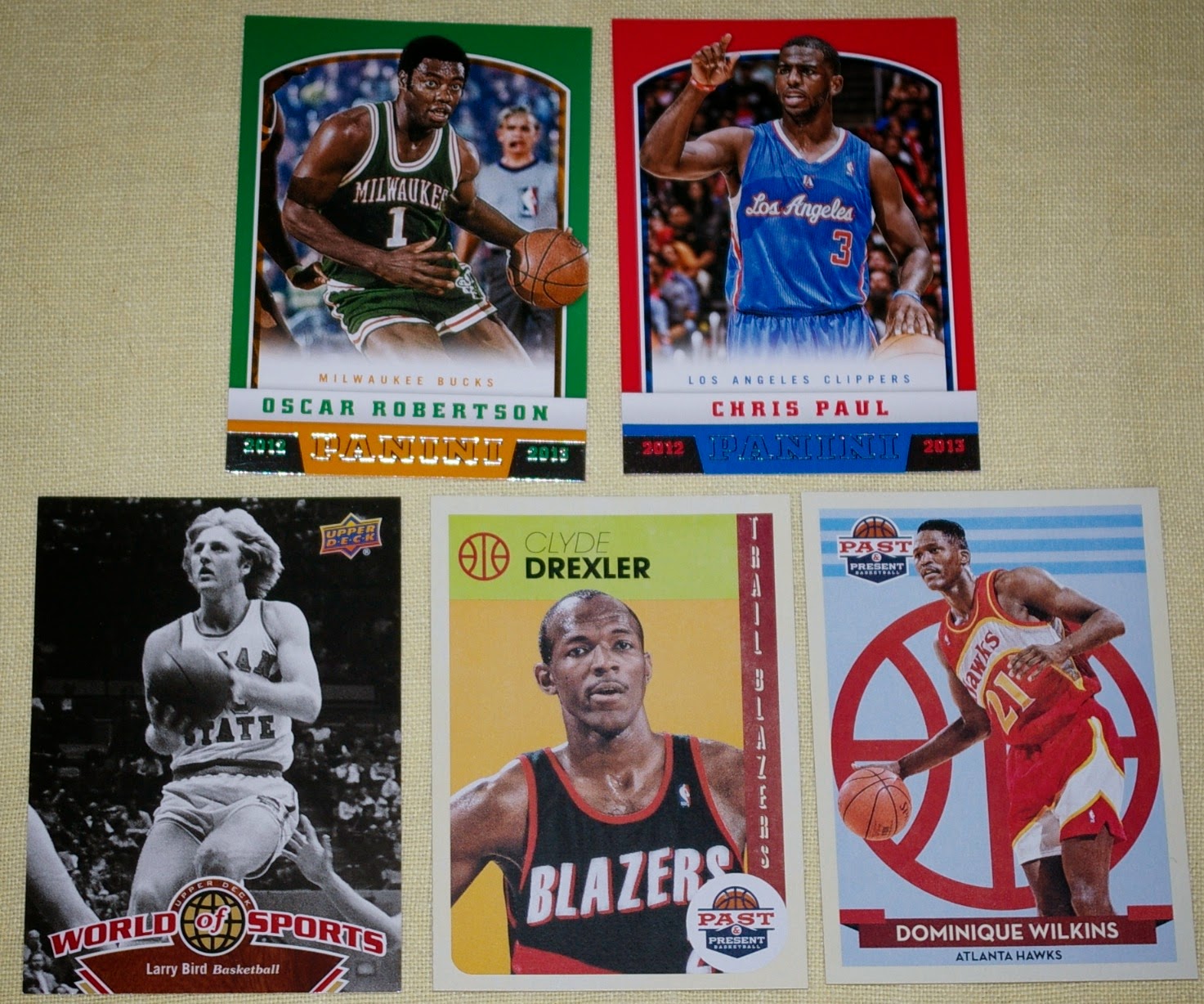 And so those are the basketball cards that cost me about a penny each. Unless mentioned otherwise, the pictured cards will likely find a place in my collection, though I could be talked into trading away most of these without much convincing, so just let me know if anything caught your eye.

Now we're down to the meat of the dimebox: football and baseball. I still have a lot of sorting to do there, so it might take me a few days for the next post on the subject.
Posted by defgav at 3:51 PM