Got my Trout auto!

Instead of taking Los Angeles of Anaheim in every group break out there until I finally got one, I went ahead and snagged a Mike Trout auto on eBay. With his and the Angel's uninspired playoff performance a couple weeks ago, I figure it's a good time to buy. Sure, he choked to close out the year, but he's young and still has a long career ahead of him. He'll probably win AL MVP this year, though we'll have to wait a while to find out because baseball foolishly waits too long to announce their big awards.

It's not the best available Mike Trout auto on the market, but at least it's licensed and reasonably cool looking. 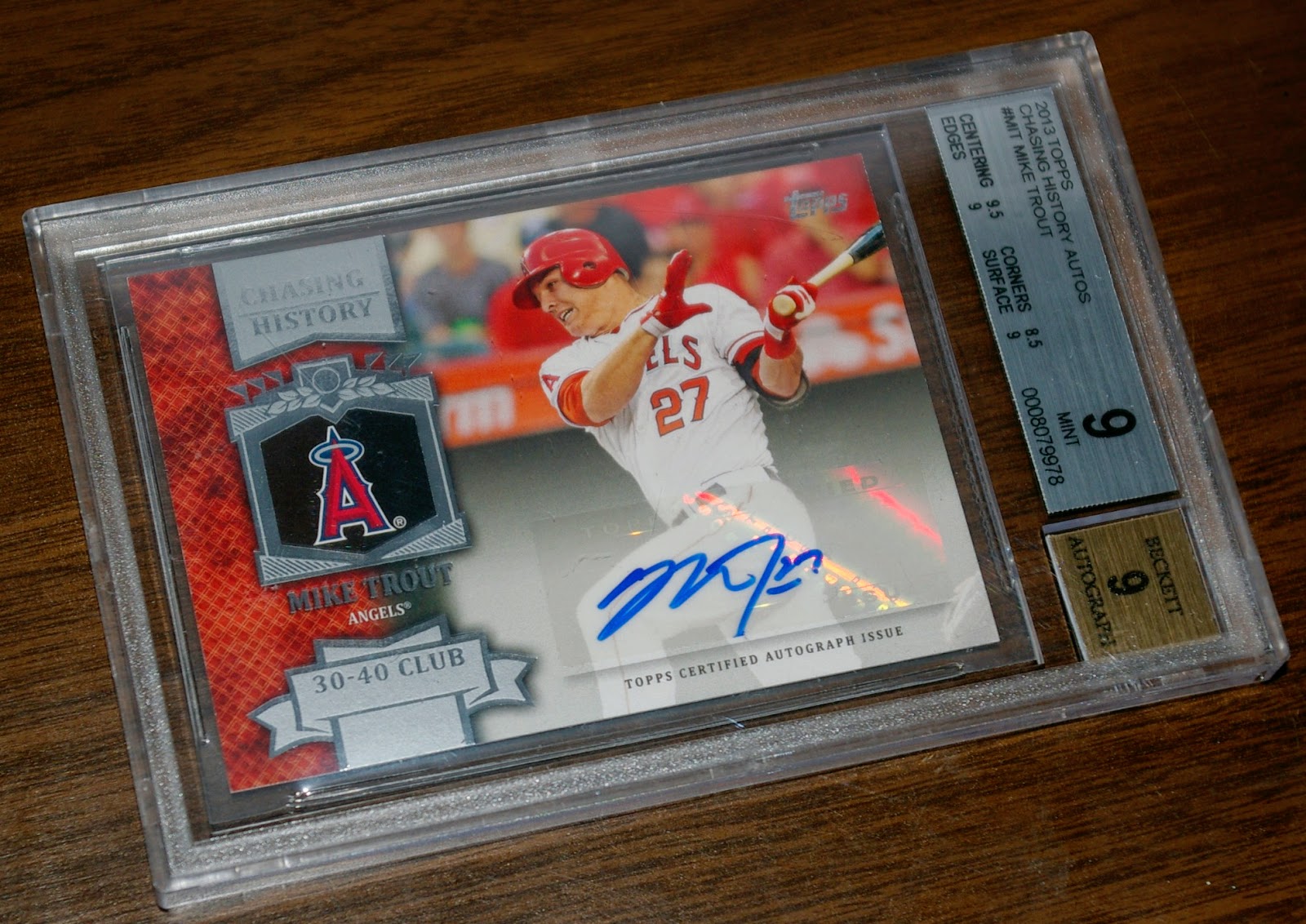 I had to cheat on my plan of not spending too much on cards this fall, but no buyer's remorse here. (However, after this and a few less-notable recent card purchases, I'm now getting serious about chilling out, and deleted most of my saved eBay searches. Gotta cool it on my card spending.. for reals this time!) The fact it's a sticker auto and graded "only" 9 helped keep it relatively affordable. He's arguably the best player in the game, and still very much a kid, so he should be a strong force in the game for many years to come. This auto is now a nice centerpiece to my burgeoning Mike Trout PC. I could have probably tried holding out for a better deal and/or better card, but I'm glad to have this little quest of mine completed and be officially aboard the Trout trolley! 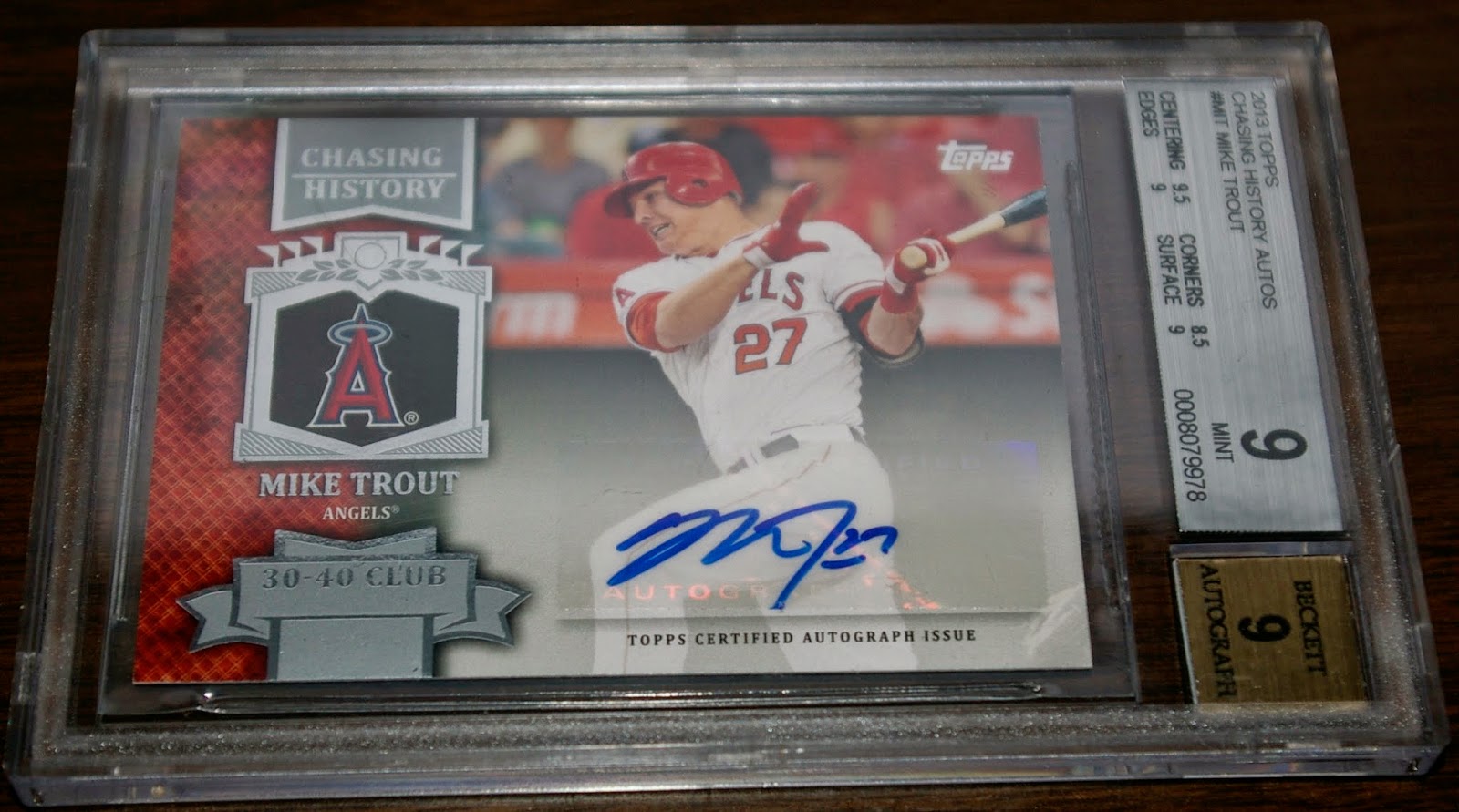 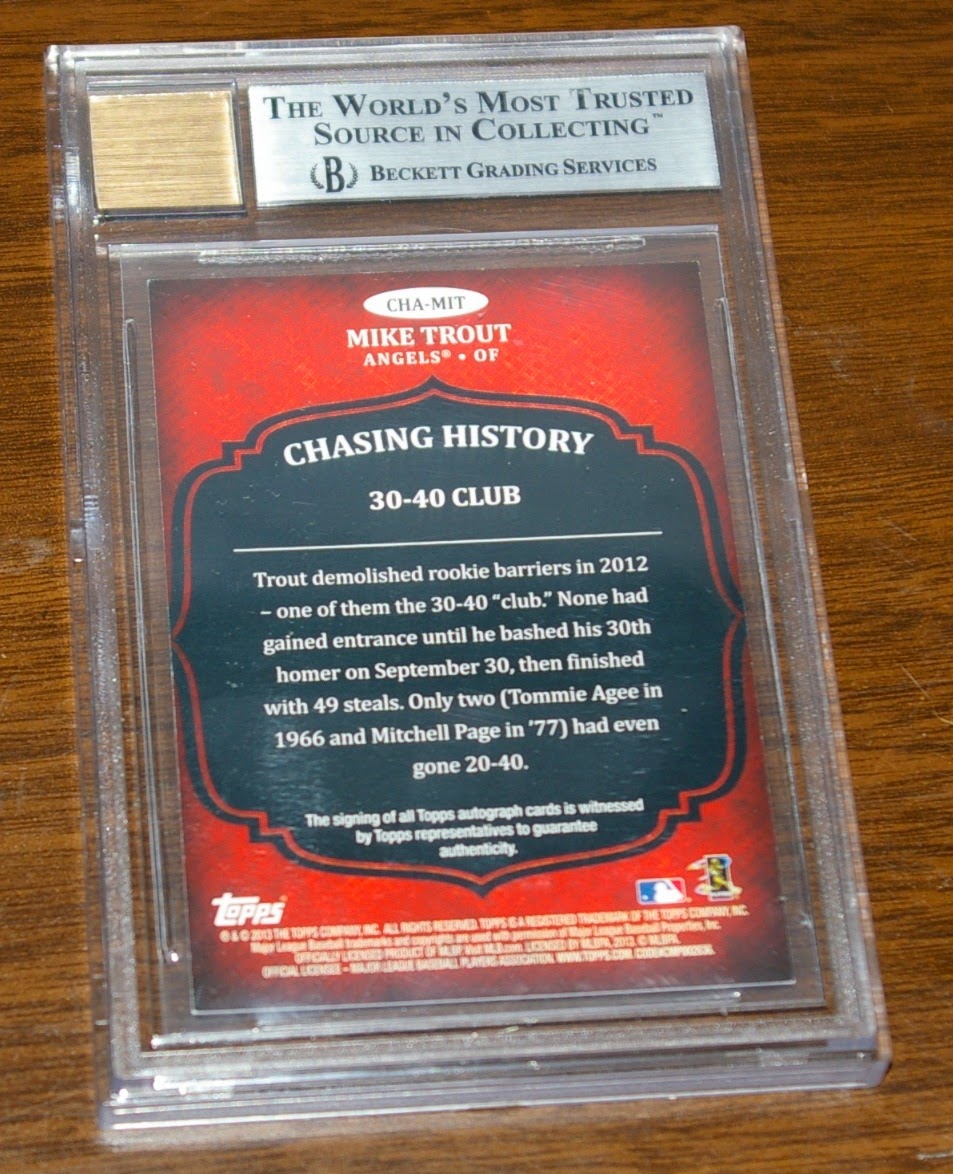