I don't like the Giants, but I like them slightly more than the Cardinals, so I'm glad the lesser of two evils prevailed there. At least the Giants have Padres ties, with both Bochy and Peavy representing San Diego very well for several years till the suits upstairs pushed them out.

But that said, there's no question I'm rooting for the Royals to win it. Gotta love a Cinderella story.

I got on the bandwagon and picked up an Alex Gordon certified auto the other day. 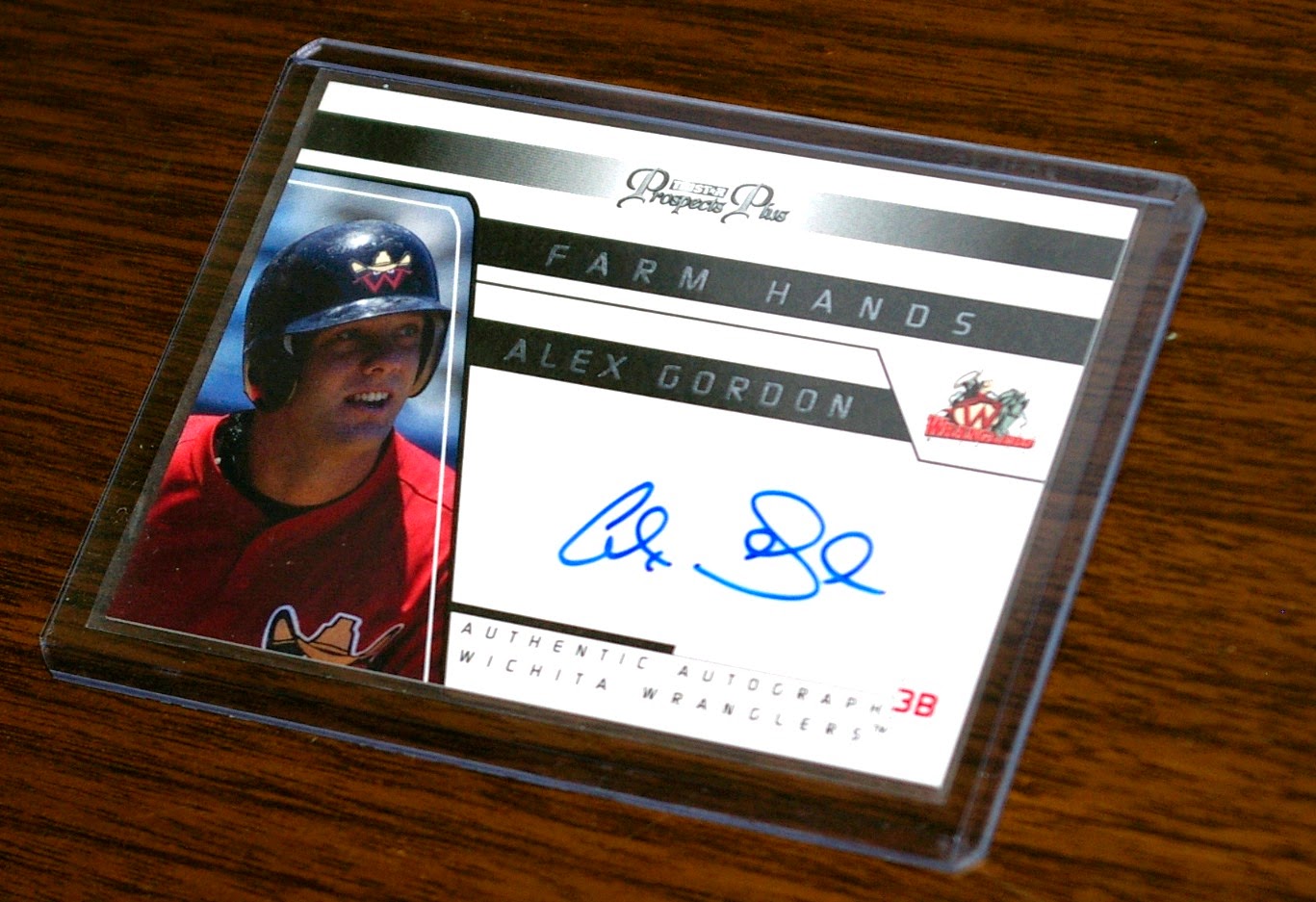 This seems to be his cheapest available auto out there, setting me back an even $10 shipped. Sticker auto. No sign of MLB properties. Bottom of the certified auto barrel, sure, but I like it. Gordon has been a real good player for a while now, and seems to me he's the heart of the team (though again, I'm just a bandwagon jumper and don't know much about them.)

I don't specifically collect anybody currently on the Royals, though I did pull a couple nice numbered Yordano Ventura cards from the 2014 Donruss Series 2 box I won, so I'll be hoping he pitches well. As far as all-time Royals I like, names springing to mind include Dan Quisenberry and Al Hrabosky (I had misspelt both those guys' last names; kudos to Google Chrome's spellcheck for having them in the dictionary; ironically it's saying spellcheck isn't a word. Well, screw them.) Let's see, who else? Vida Blue and Gaylord Perry are a couple guys I collect who spent a little time in KC. Oh yeah, my boy Bip bipped there briefly, too. As did Reggie Sanders. And of course you gotta love Mr. Royal, George Brett.

As for San Francisco, apart from the aforementioned Bruce Bochy and Jake Peavy, I don't really collect any current Giants. I ranted about all-time Giants I collect back when Peavy got traded in a post titled The damn Giants I'm forced to collect.

But ever the opportunist, I've attempted to try taking advantage of San Francisco's success to help me thin out the team's ample representation in my tradebox. I got 5 Listia auctions running, all ending Sunday. All five are lots, between 4 and 9 cards each. Excuse the self-serving plug, but you can check out the listings here on my Listia profile. I've got a Posey lot, Bumgarner lot, Cain lot, misc Giants lot, and a lot of my Peavy dupes. (I should put up a lot of Bochy dupes, too.) 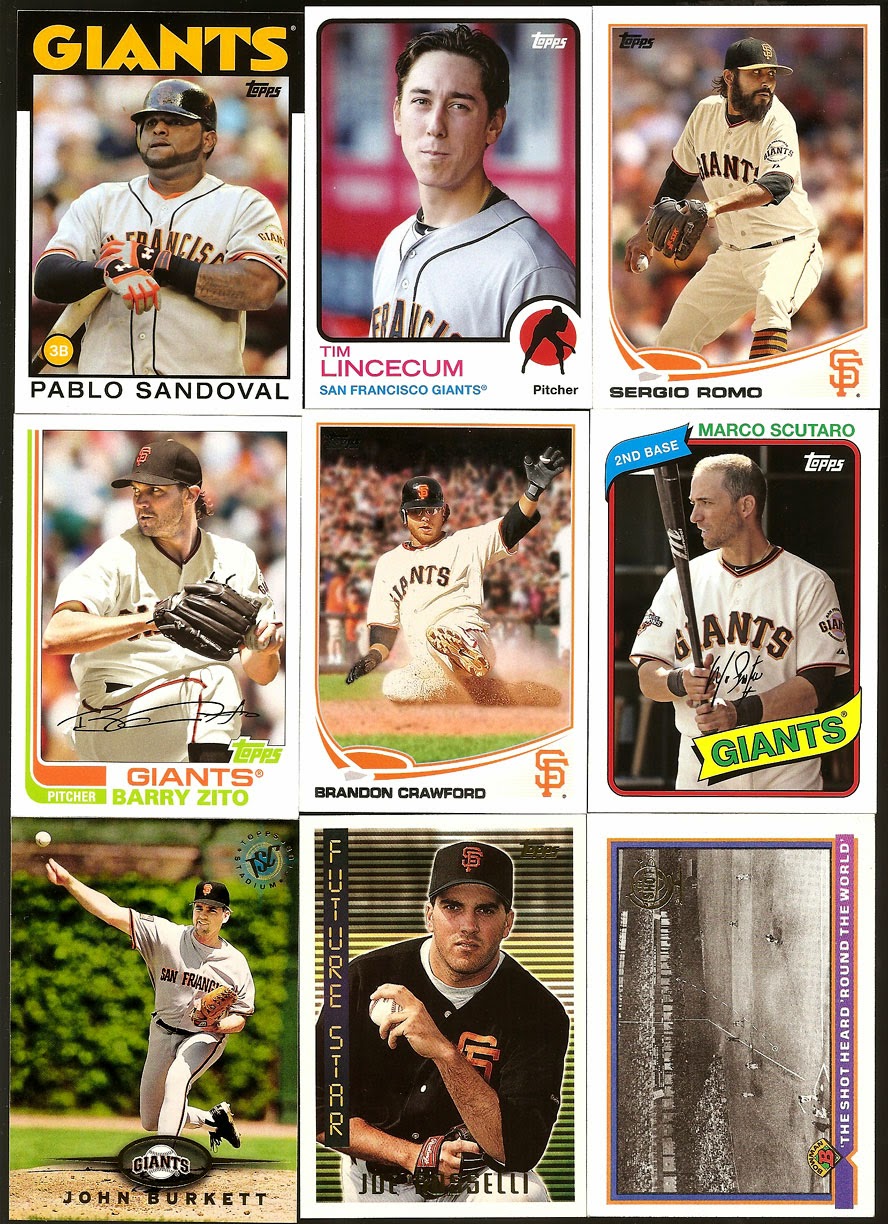 Anyways, should be a fun Series. I'll be pulling for Kansas City to keep the magic going and bring home their first Championship since 1985, but won't be crushed in the event San Francisco comes out on top and further cements Bochy's HOF credentials.

Have a good weekend and stay safe! (At my work, there's one other guy besides me who regularly rides his bike to work. He just got hit by a car as he was leaving to go home today. Yikes! I think he's fine, but shaken up and they're taking him to the hospital to be safe. Needless to say, I'll be extra careful riding home today.)
Posted by defgav at 3:55 PM