I won a spot in Chavez Ravining's Chrome group break!


I gotta admit I really thought the two teams to beat this postseason were the Tigers and Angels. A couple sweeps later, I'm looking quite the fool. Luckily I'm not a gambling man (unless we're talking doubling down on unopened packs of baseball cards, where the house takes me to the cleaners every time.)

But speaking of betting on the Angels, I picked them in Chavez Ravining's 2014 Topps Chrome group break after being lucky enough to win a slot thanks to a contest Alex ran. I would have went with the White Sox to get the basically-guaranteed Jose Abreu auto, but they had already been taken (My baby! Dodger Penguin took my baby!). So instead I figured I'd take Anaheim in a hail mary attempt at a Mike Trout auto.. or at least a neat Mike Trout insert or parallel.

Alas, my Trout fishing landed me but a single base card. The Angels haul from the break was nothing but base cards, in fact. That was a bummer, even if they were free. 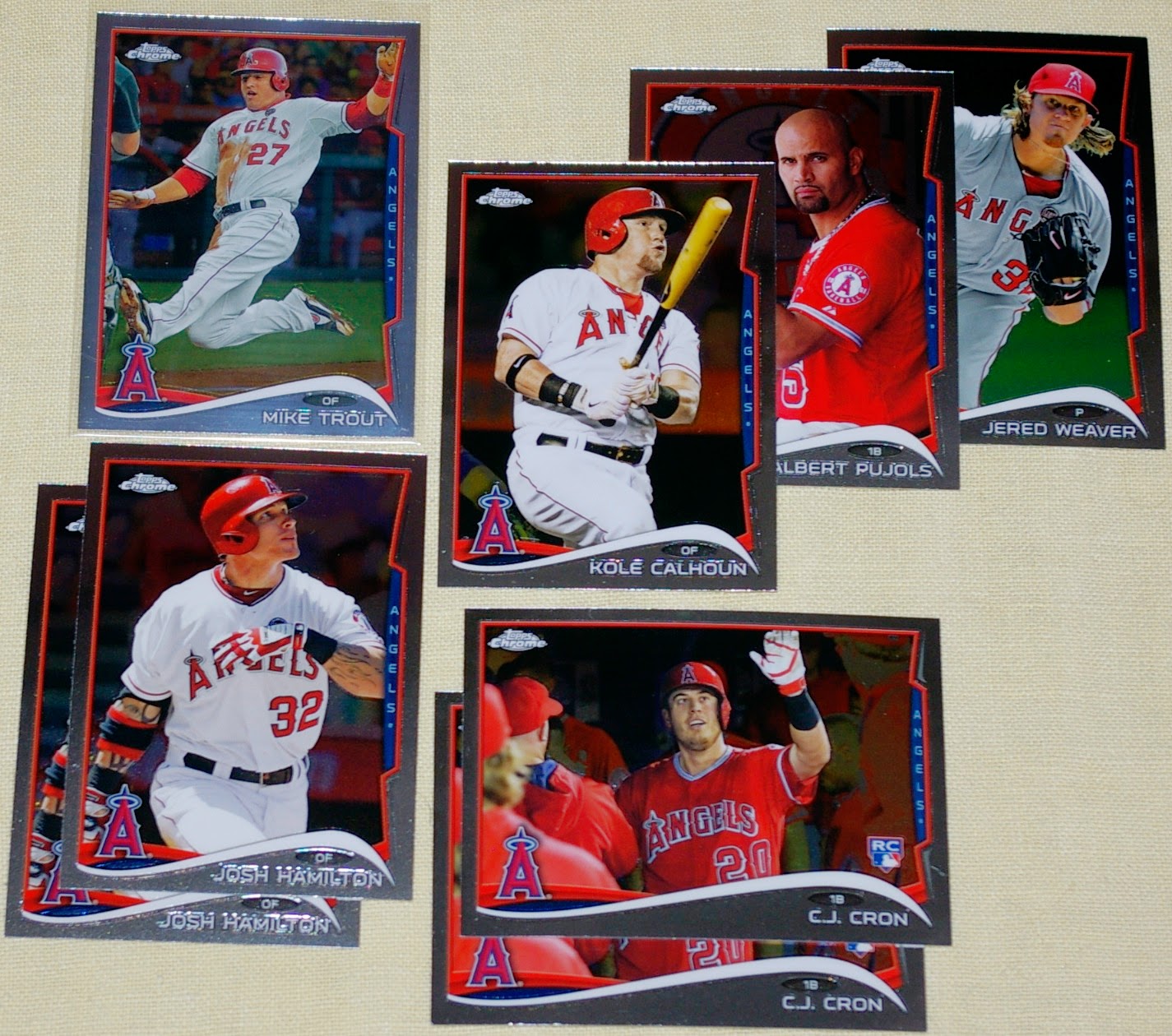 But Alex was kind enough to swing a deal so that I also ended up with the Padres, who fared a bit better in the break. Thanks, Alex! 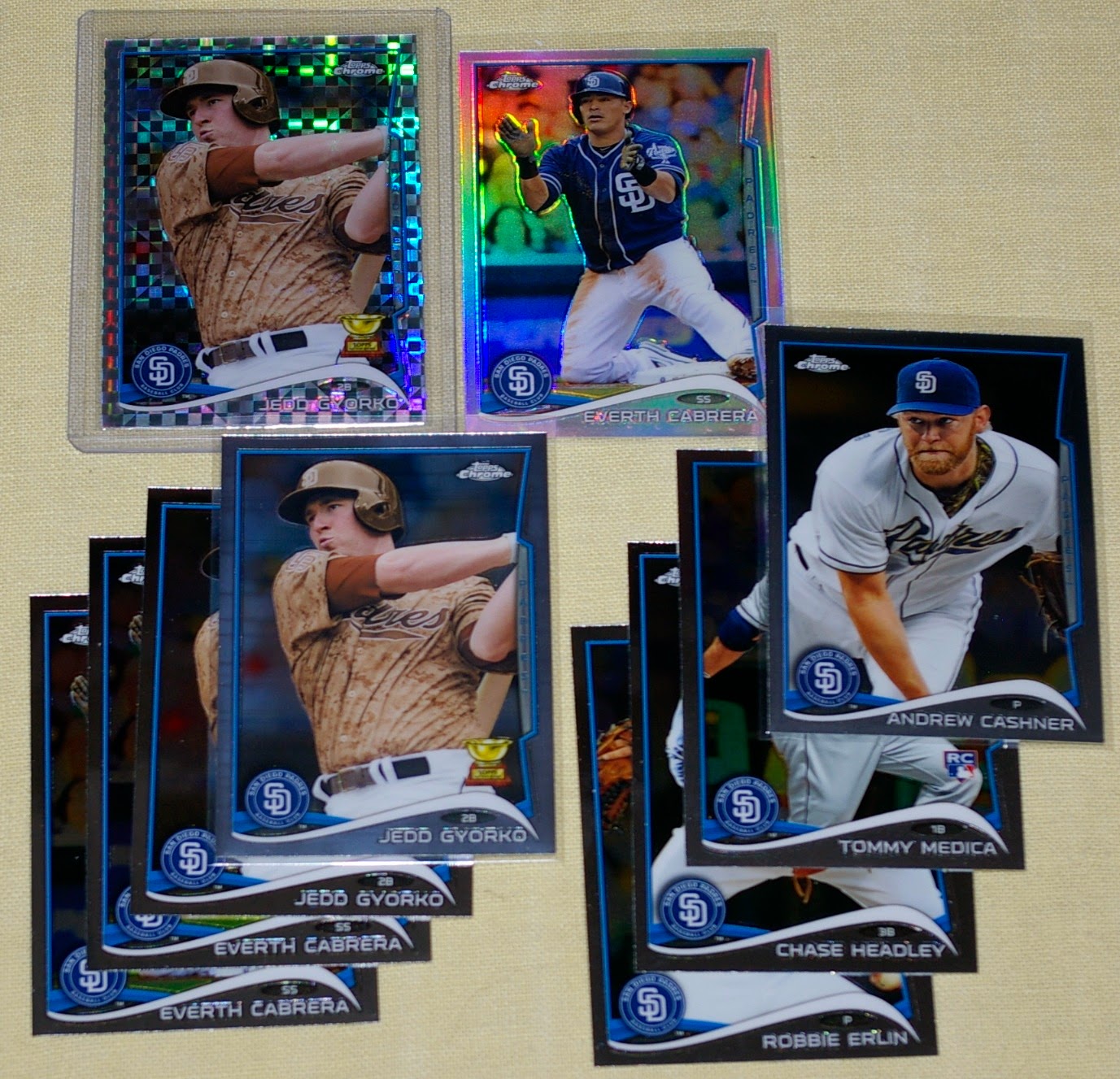 I've got a pretty respectable PC going for Jedd Gyorko these days, and this xfractor and base card are nice additions. I sure hope he can bounce back for a better season next year. He was sub-Mendoza much of 2014, but thankfully was able to finish at a slightly less-embarrassing .210. He missed a lot of time due to injuries but still led the Padres in RBI for the second straight year.

Other highlights here are an Everth Cabrera refractor and an Andrew Cashner base card. 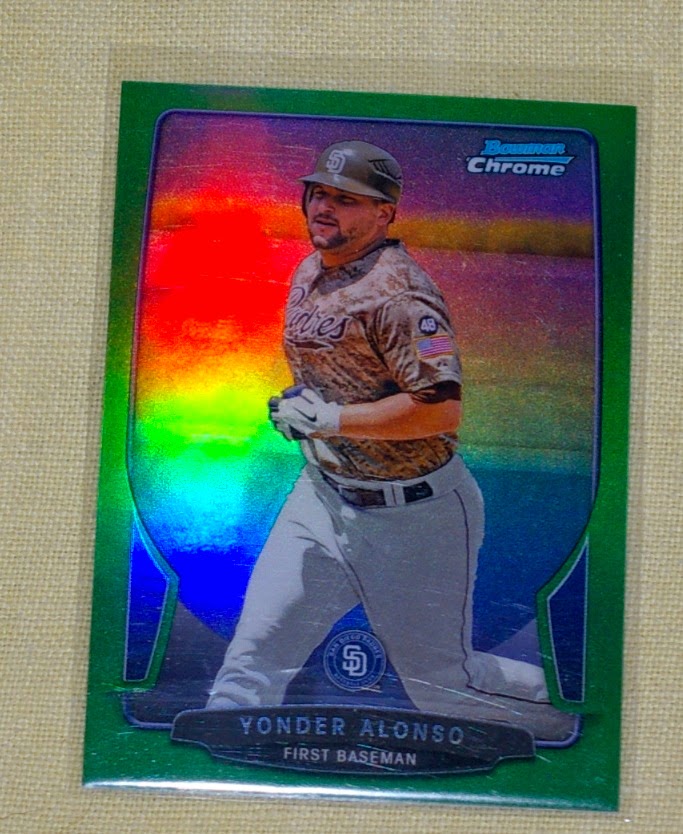 Alex even threw in a nice looking Yonder Alonso green refractor from a couple years ago.

Thanks again, Alex! I really appreciate the free cards and the bonus free cards. Very cool.

Gotta love how generous the cardosphere is! Between this contest win, the recent Bob Walk contest win, the box of 2014 Donruss from Panini, the big mystery box from Red Cardboard, and the huge giveaway from Too Many Verlanders, this was a very bountiful summer for me, as far as getting free cards goes. If anyone is feeling envious of my luck, keep in mind I ran a few contests over the past few months myself where I gave away a bunch certified autos. So again, "you get what you give", etc.


I apologize for the videos used in this post. haha
Posted by defgav at 3:52 PM