my big score from the card show

Just about done recapping my haul from last weekend's card show. Again, these are all pickups from the 50¢ bins.

The guy had a few 2013 Topps Mike Trout cards, which are fine but I've already got.. you know, like that horizontal shot of him sliding into third making a funny face.. but then I came to one I didn't recognize. Didn't seem to be an All-Star card, checklist, or something like that, so figured it might be a variation and added it to my stack. 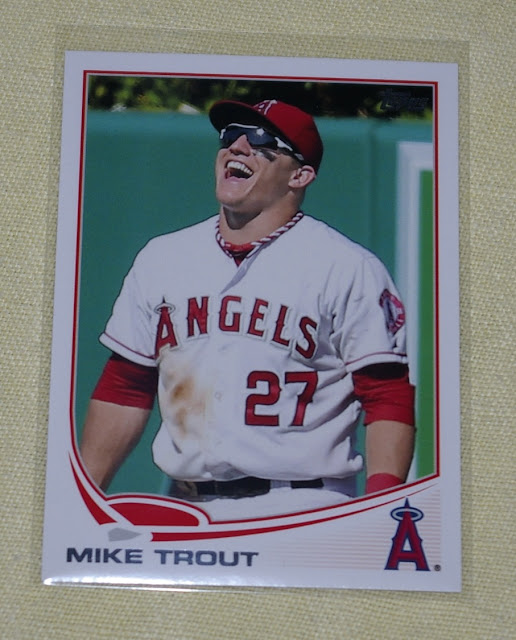 Yeppers! Looked it up when I got home and its a sunglasses variation that eBay's at $15. Pretty nice! Probably turned out to be my best buy of the day. 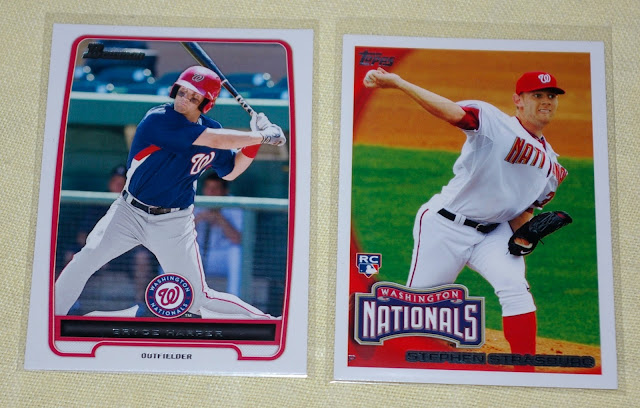 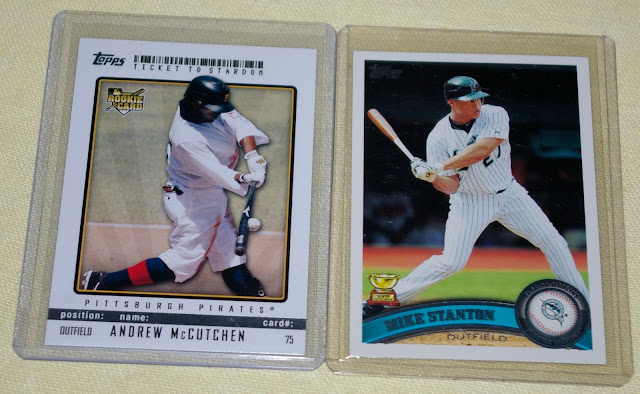 And early cards of Andrew McCutchen and Mike Stanton. I think I already have the Giancarlo, but hey, 50¢.

Normally I try to stay away from collecting guys with feminine first names because I'm just so fucking manly and macho, but Shelby Miller has been pitching pretty well this year, so I grabbed this gold RC. As for the Austin Meadows, I was smitten by the Outfield/Pitcher position designation. I was just commenting on a Night Owl post a couple weeks ago about how it's too bad Brooks Kieschnick never got a card dually listing him as such even though he definitely deserved one. Meadows is doing pretty well down in A-ball in the Pirates organization these days.. he shook out to be a center fielder and hasn't pitched at all. And I couldn't pass up a #'d Miguel Cabrera card, even if it's from the set that tried to kill any meaning left to serial numbering, 2008 Moments & Milestones. 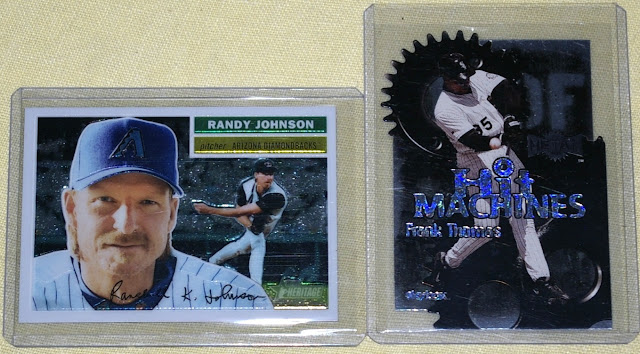 A couple recent HOF inductees in Randy Johnson and Frank Thomas. Big Unit is #'d /1956 and Big Hurt is a neat-looking die-cut.

Finally, I had put these two cards back.. but then I counted up my stack and had a little wiggle room to make an even 50 total cards, so added them back. It's hard for me to pass up liquorfractors. Kind of a cool shot of Felix Hernandez with the ball coming at'cha. And as for the Gwynn, I know I've got the "CD" version of this insert, but don't think I had the "vinyl" one to pair with it.

So there you have it. I'll probably scrounge up a trade bait post in the next day or so and that'll wrap up my haul from May's cardshow. Thanks for reading!
Posted by defgav at 1:05 PM