I've been on a ripping kick lately, following up a bunch of 2015 Topps Update this past weekend with a box of 2015 Pro Debut. I don't have much experience with this product, but thought I'd check it out. Back in my early days of collecting, I was big into minor league cards, buying many packs of Pro Cards, CMC, and Line Drive. But I haven't really messed with minor leaguers much since re-entering the hobby, with the exception of minicollection interests such as guys who went to my high school or are named Gavin.

One draw about 2015 Pro Debut that got my attention is relic cards with ridic items like pieces of pitching rubbers, infield dirt, mascot fur, and gift shop signs. Kudos to Topps for thinking outside the jersey swatch / bat chip box.
Plus minor league team names and logos are often a hoot to check out.

Basically I think it'd be a fun, stress-free break, because I don't really know any of the players. Was it a good box? Was it a bad box? No clue. I'll just hang onto the hits and hope one of them might become the next Kris Trout, Jr. in a couple years.

As usually, I've typed up this intro before getting the cards in-hand. I'll save this draft now and check back in once I've ripped the box. 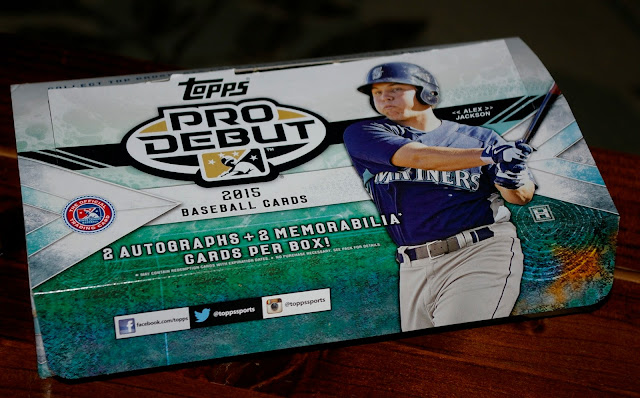 Ok, we're back.
Normally a big reason I bust boxes is to load up on trade bait, but I kinda want to hold onto these cards for now. (Sorry.) I just think it'd be fun to put the stack of cards aside and then check back in 2 or 3 years which of these guys became anything. I also might try TTM requests with some of them next spring. Plus I've already got a lot of pending bites on trade bait that I still need to get to before I start getting overwhelmed. But that said, I may change my mind, so it wouldn't hurt you to ask about anything. 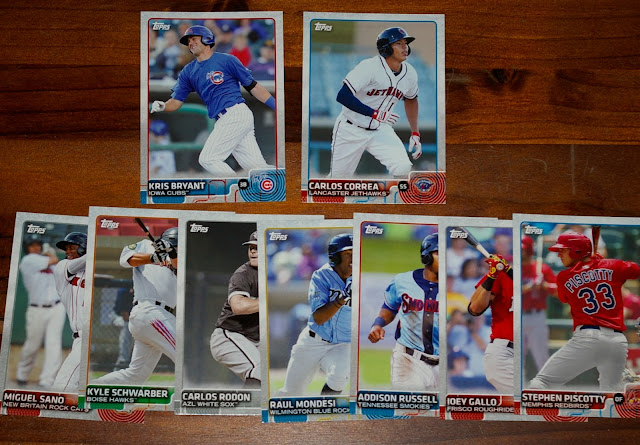 I guess my prior statement that I don't know any of these guys wasn't accurate. The set features guys who started the year in the minors, but many of them were called up during the season, evidenced by the fact I pulled probable ROYs Kris Bryant and Carlos Correa.

Raul Mondesi made history in 2015 by becoming the first player in the modern era to make his major league debut in a World Series game. His entire MLB career consists of only a strikeout, but hey, he got a ring for his trouble.

"Pro Debut" is a misnomer since many of these guys have been playing in the minors for years. Hell, Carlos Correa has been in Bowman products as far back as 2011.

A few of the names I pulled reminded me that I've ripped a couple boxes of 2014 Prizm Draft, which features a lot of the same players. But as an unlicensed "guys in pajamas" product, it's hard to consider that a true minor league set. 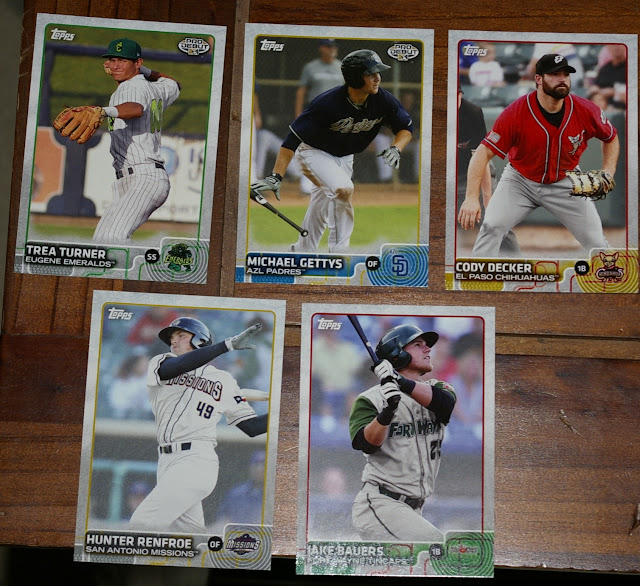 Some Padres. I guess the true "pro debut" guys get that extra logo on their cards. 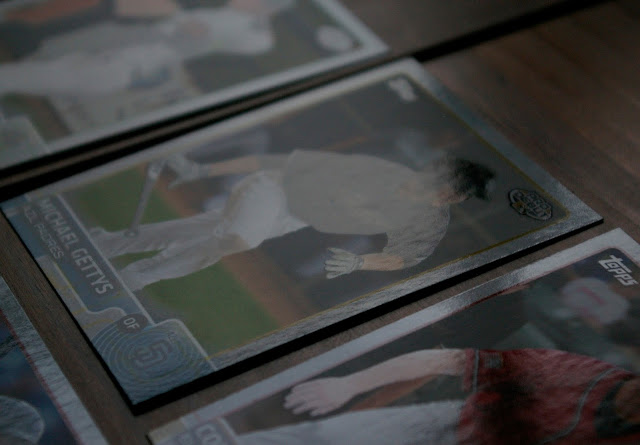 One neat thing about the cards is the fact the border and player are glossy, but the background of the photo has a matte finish. It's a cool effect and makes the cards interesting from a tactile standpoint. 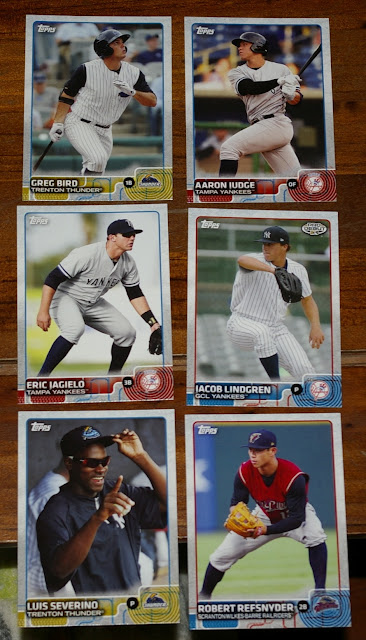 Thanks in part to following guys like Zippy Zappy and The Lost Collector, I'm familiar with plenty of Yankee prospects. 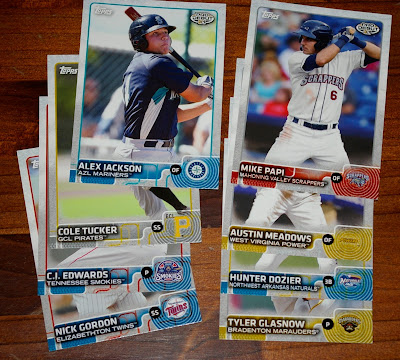 More names that ring a bell. Well, I haven't heard of Alex Jackson, but he's the product's coverboy, so that must count for something.

A trio of young Mets who helped bring New York a pennant.

Michael Conforto is a name that fills me with regret because I pulled a redemption of him from a box of Prizm Draft last year, sat on it for a few months, and instead of going through the hassle of redeeming it, I sold it on Listia for a chunk of credits. A couple weeks later he got called up and has been doing great since. I wish I would have redeemed that card, or at least waited a bit longer before getting rid of it. 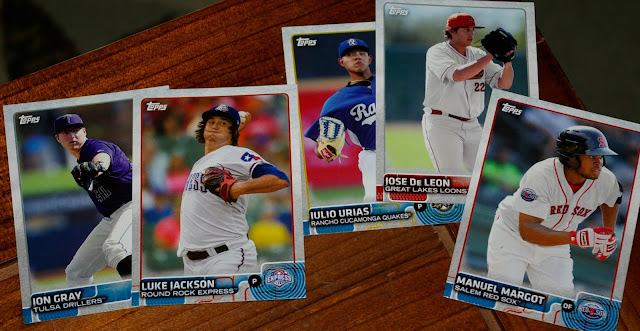 And here's some more guys I'm familiar with because people on the internet talk about them.

So there are some highlights from the base.
That's it for today, but I'll be back tomorrow with the inserts and hits from the box.
Posted by defgav at 3:10 PM