I've been slow on getting trades mailed out lately, but I'm gonna try getting out a wave of PWEs/packages in the next week or two.

Here are a bunch of cards I picked up at last weekend's card show with the intention of re-homing them. Prices varied, but none of them cost too much. Take a look and give me a shout if anything catches your eye.

Hey Braves fans! A Chrome refractor of Wes Helms, a Prime Time battery oddball, and a Hank Aaron "pre-rookie that never was." I already got me a copy of that one; it's pretty neat. 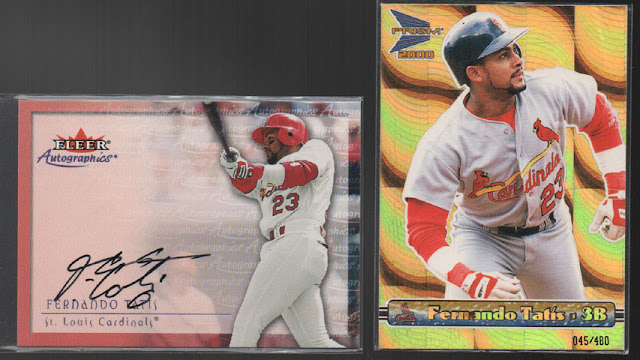 Hey Cardinals fans! Give your Fernando Tatis PC a boost with a certified auto and a shiny Pacific Prism parallel #'d 45/480. 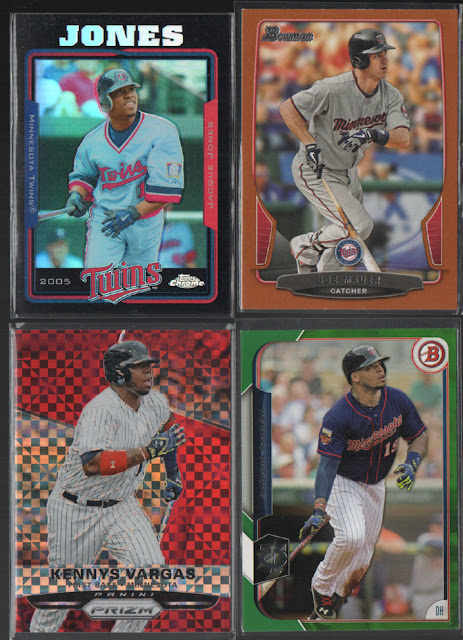 Hey Twins fans! All of these are low numbered cards (if you count 250 as low). 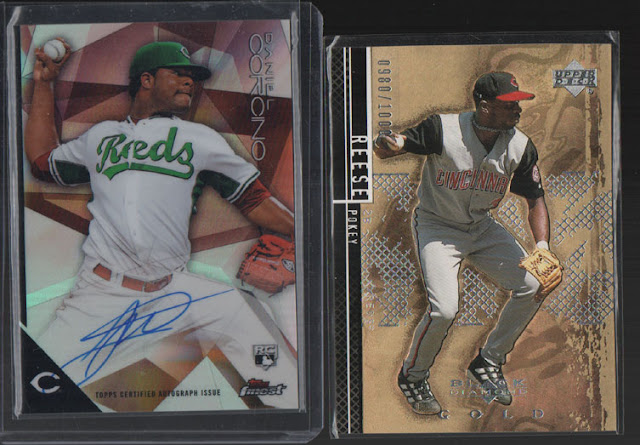 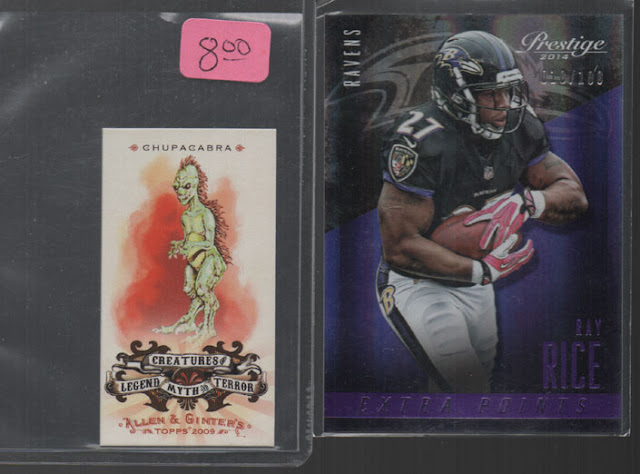 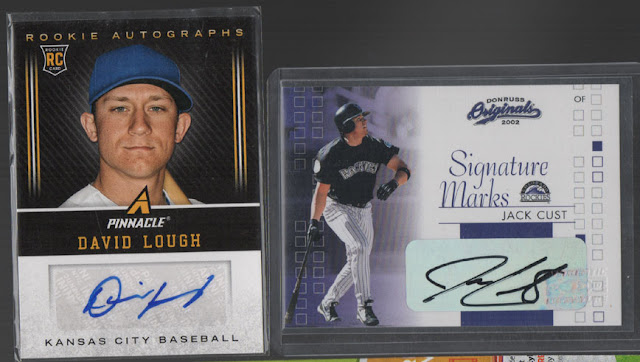 Hey fans of ..um.. Geoff Blum Chrome refractor. Larry Doby framed Gypsy Queen #'d 452/499. While I've yet to partake, I'm determined to send cards to the Tim Wallach collector one of these days, but I just rarely come across his cards. Back in my early days of collecting, he was a guy I collected, with a modest PC of 10-20 cards, but they were lost in the purge when I moved from San Diego up to Portland. But working up a small bunch of cards, including this '89 Bowman.

So yeah, if you saw anything you're interested in, take a look at my wantlist and see if you can dig up anything comparable for me in exchange and get in touch about a trade.

Oh, I got my wife a Playstation 3 for Christmas (she was getting a nostalgic hankering for playing Crash Bandicoot), and so if any of you have old PS1 or PS3 games (apparently PS2 games aren't compatible) you don't play anymore, I would likely be interested in trading you cards for them, so just let me know and maybe we can work something out.
Thanks!
Posted by defgav at 1:59 PM