I didn't really have much interest in Update this year, though there were 2 or 3 insert sets that looked like winners. I went ahead and picked up the complete Pride and Perseverance insert set from a seller on eBay for a tick under 5 bucks. Great to see Topps come out with an interesting bunch of guys to feature, rather than the typical excuse to get extra Trout, Koufax, et al into a product checklist.

There's a nice post on the set on the Topps blog here.

I don't really have much more to say about it other than it's a cool group of cards, so I'll just post the cards fronts and backs and leave it at that: 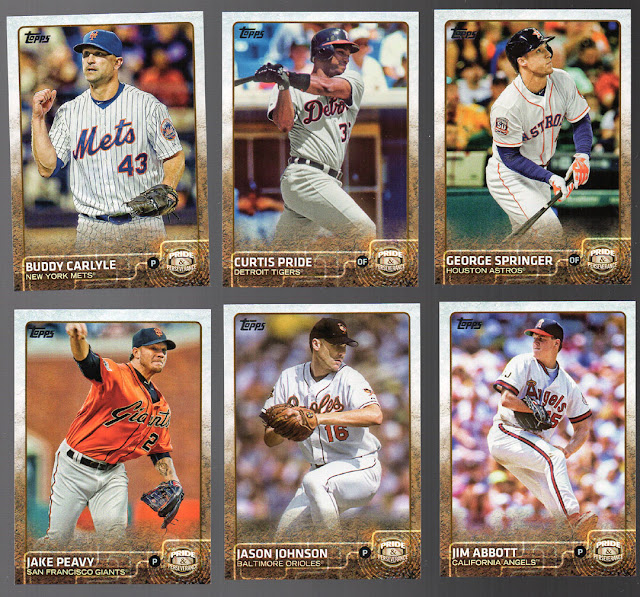 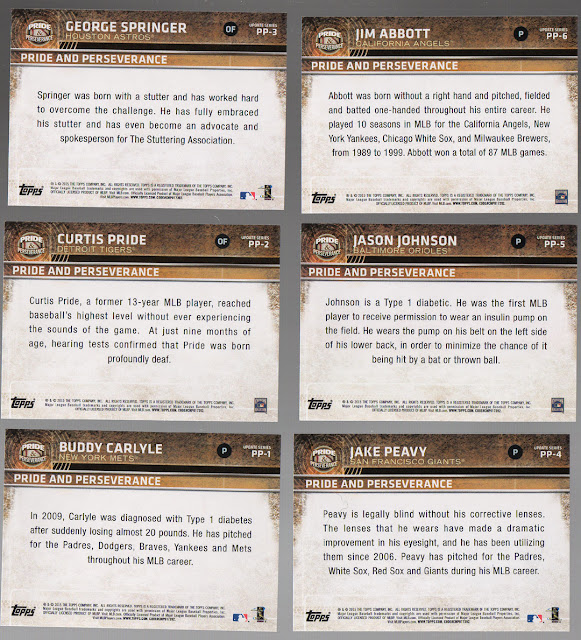 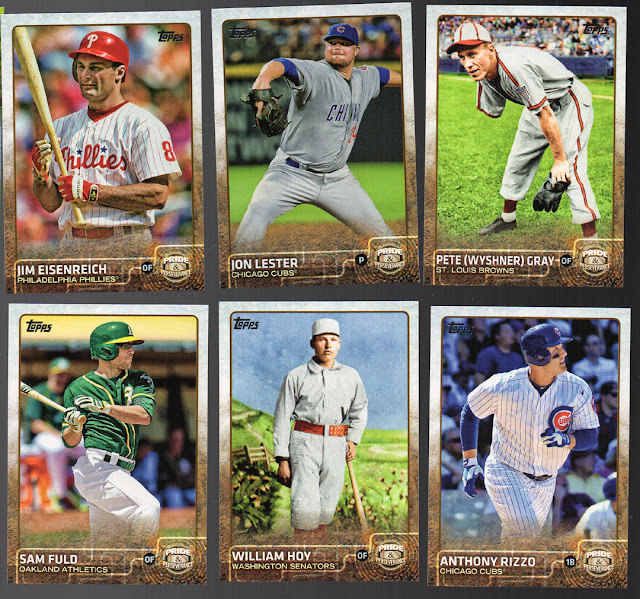 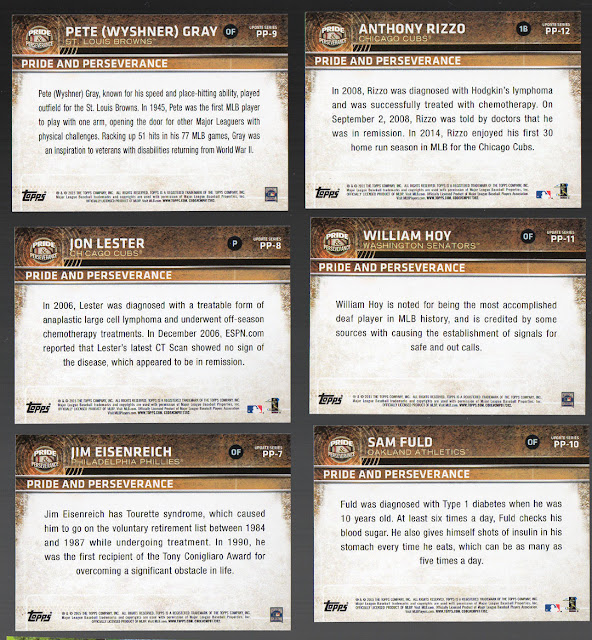 I feel compelled to make a supplemental custom here just because this post doesn't have much to it, but I can't really think of any other players who overcame disabilities. Can you think of anyone Topps missed?

Perhaps Topps could have stretched the Pride and Perseverance concept to include other obstacles. Guys like Jackie Robinson and Masanori Murakami could be featured for breaking racial barriers (Not that Topps needs an excuse to put out yet another card of Jackie). And I'd love to see Topps come out with cards spotlighting gay players like Glenn Burke, Billy Bean, David Denson, and Sean Conroy. With the name Pride and Perseverance, they'd fit right into that set.