This is the second installment of my Black Sheep minicollection series. To refresh you on the premise, these are cards of less successful relatives of star athletes. For my full intro spiel, check out the first post. But basically if you share a last name with an All-Star relative, and have played in less than 162 games in the majors (or 162 innings pitched), you're eligible for inclusion in this minicollection. 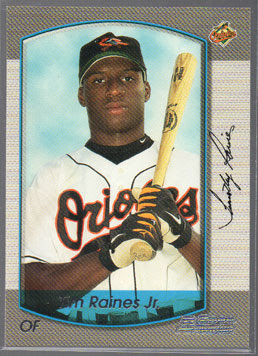 Tim Raines, Jr. was drafted by the Orioles in the 6th round of the 1998 draft. His father put together a terrific career and arguably belongs in the Hall of Fame. Tim, Jr. was a similar type of player: a switch-hitter who threw right-handed, had a solid bat and excellent speed. Unlike his dad, Jr wasn't able to put it all together in the bigs. He was a late-season call-up in 2001, and on October 4, he played center while his father played left. They became the second major league father-son duo to play in the same game, with the Griffeys in 1990 being the first.

But this Junior would see the end of his MLB career in 2004 with only 75 games under his belt. He bounced around in several organizations before retiring after the 2011 season. His final stop was pretty cool, though, as he played for the independent Newark Bears, managed by his father. 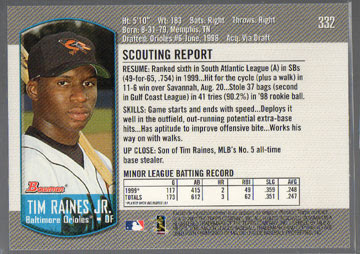 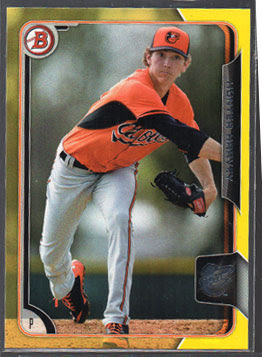 Bryan Harvey was a dominant closer for a few years in the late 80s and early 90s with the Angels and Marlins. His son Hunter Harvey was a 1st round pick by the Orioles in 2013. After a promising start to his professional career-- striking out 139 while walking 39 in 113 innings over 2013-2014-- Hunter was shut down for all of 2015. There was hope he could see action in the fall instructional league, but was again shut down with arm discomfort, visions of Tommy John haunting his big league dreams.

It might be a while till we see if he's able to overcome injuries and fulfill his potential, or if he's destined to remain in the Black Sheep minicollection for all eternity. Good luck, guy. 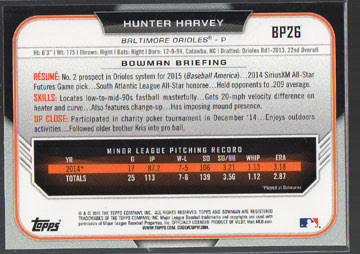 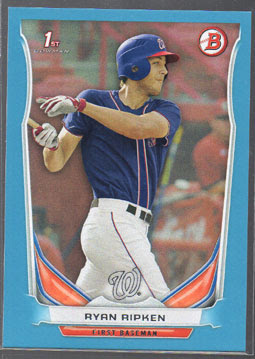 Honestly, it's not by design that this post is so Orioles-centric, but coincidentally, here's Ryan Ripken, son of Baltimore legend Cal Ripken, Jr. Ryan was originally drafted by the Orioles in the 20th round of the 2012 draft, but chose to attend college instead. Then in 2014, the Nationals drafted him in the 15th round, successfully signing him. While his dad was known for his glove on the left side of the infield, Ryan plays first base.

Though still young, he's been slow getting on track down in rookie league, hitting .217 in 44 games over the past two seasons. So it looks like measuring up to the career of Uncle Billy may be a more realistic goal than emulating his Hall of Fame father, the Iron Man. Grampa Ripken also had a long baseball career, playing minor league ball in the late 50s and early 60s before coaching with the Orioles for many years. 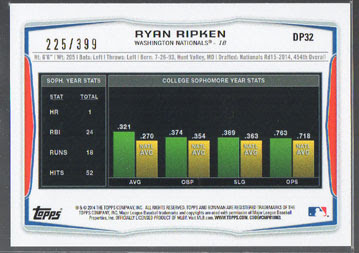 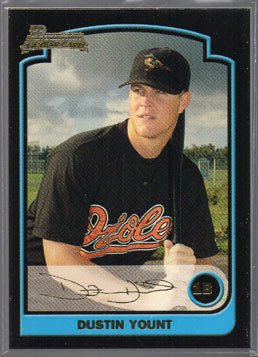 Screw it, let's close it out today with yet more O's content. For baseball fans, the name Yount is linked forever with Milwaukee, but here we have Hall of Famer Robin Yount's son, Dustin Yount, decked in his Baltimore best. Dustin played on the farm for a decade, but never made it past AA. While his dad patrolled short or center most of his career, Dustin was a first baseman. He hung them up after spending 2010 in the Dodgers organization, hitting .260 for his pro career.

There are other Younts who could fit into the Black Sheep minicollection, too. Uncle Larry (Robin's brother) has the distinction of technically playing in 1 major league game in 1971, but left with elbow soreness after a couple warm-up pitches and never got another shot. Larry's son, Austin Yount, was drafted by the Dodgers in 2008, but never got above A ball before retiring after the 2011 season. There was a little Yount Family Reunion in 2010, as cousins Dustin and Austin briefly played together on the same team in the California League. 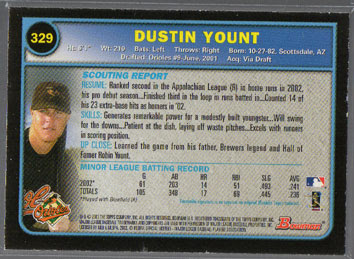 That's it for this time. More sons of famous dudes later. Thanks for reading!
Posted by defgav at 4:03 PM