A big chunk of my Halloween was spent whipping up custom cards, and I'm happy to say the prize packages from my recent contest are now in the capable hands of the USPS.

Two trade packages showed up for me this past week, and now I'm going to show off the cards I got.

First up was a stuffed PWE from Mr. Mark Hoyle... 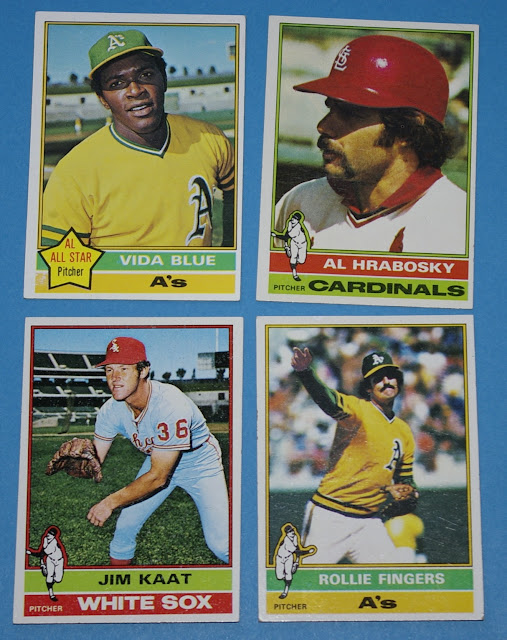 Nice selection of 76 Topps of dudes I collect. Good stuff! 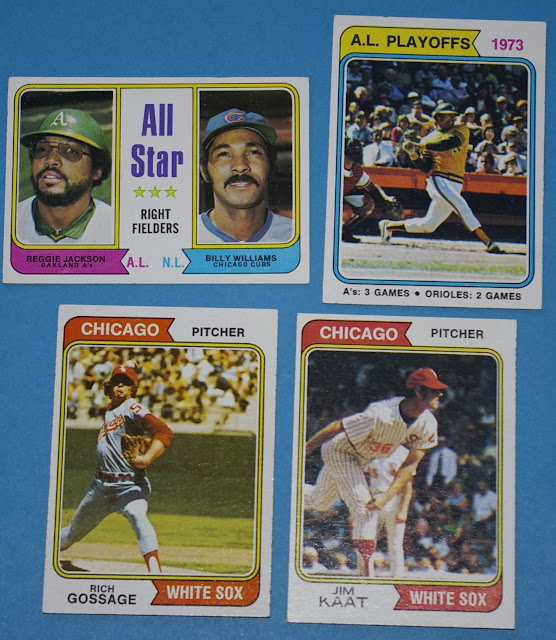 And some 74s goodness too. Reggie's 74 base card still eludes me, but these couple other cards with him are pretty cool. Also a nice 2nd-year Goose and a Kitty. 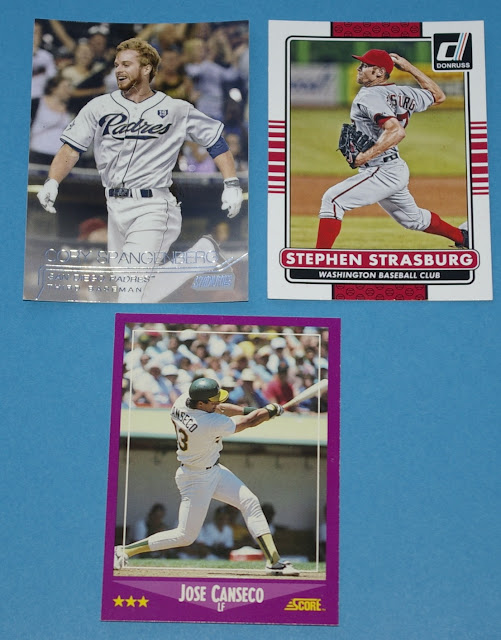 Mr. Hoyle rounded out the package with some more recent stuff.

Thanks again for the trade, Mark! Hope my return has shown up by now.


Next up was a sweet bunch of cards from Lonestarr. 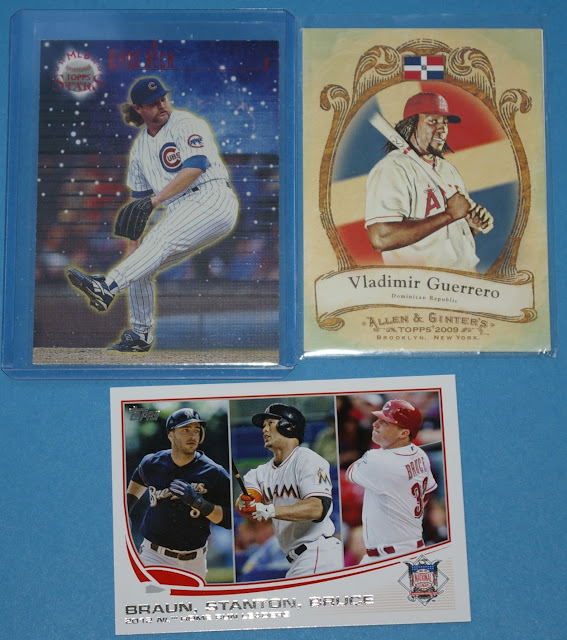 I love Rod Beck.. tempted to round up all 9799 numbered copies of this parallel. Plus nice additions to my Vlad and Giancarlo PCs. 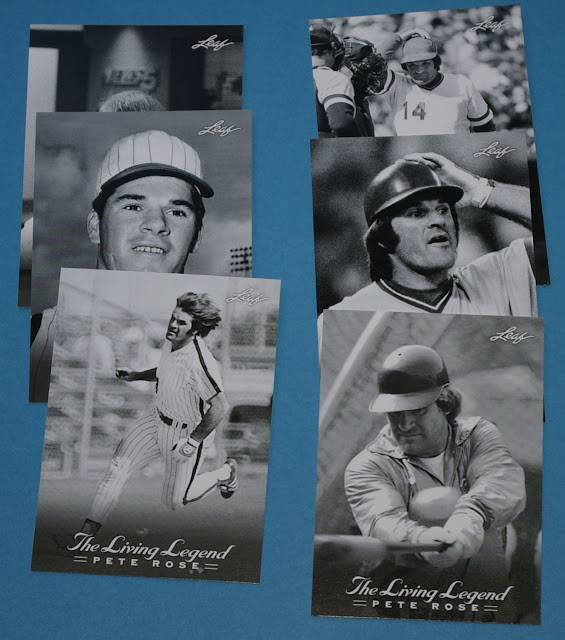 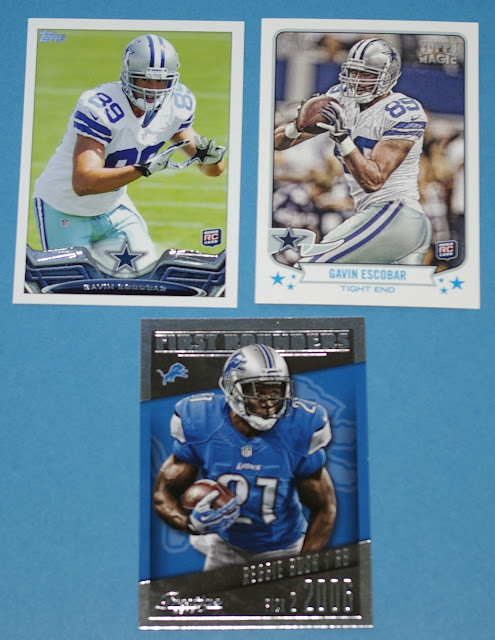 Lonestarr snuck in some neat American Football cards, including a couple Gavin Escobar cards and a Reggie Bush. 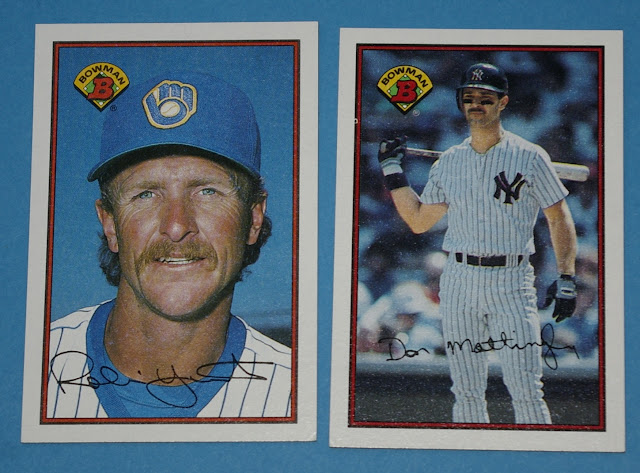 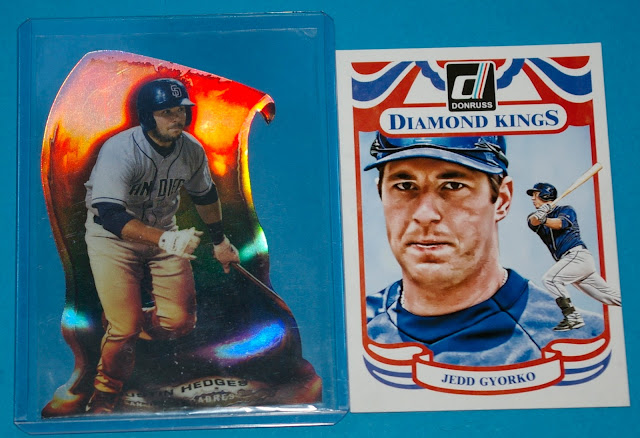 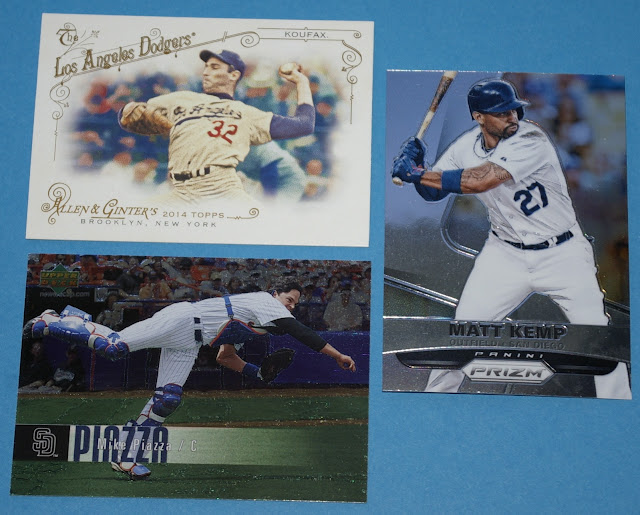 We close it out with some Dodgers. Actually, the Piazza is a Padres card featuring a Mets photo. And the Kemp says it's a Padres card, but I'm not convinced.


Big thanks, Lonestarr! I'm very happy with the cards. Put some in the mail to you recently, so they should show up soon.

Thanks for stopping by.
Posted by defgav at 2:38 PM