Here are some more cards I got at the show this past weekend. I've since mixed them together, but I believe they were culled from 3 different bin digs, with deals ranging from 5-for-$1 to 6-for-$5. 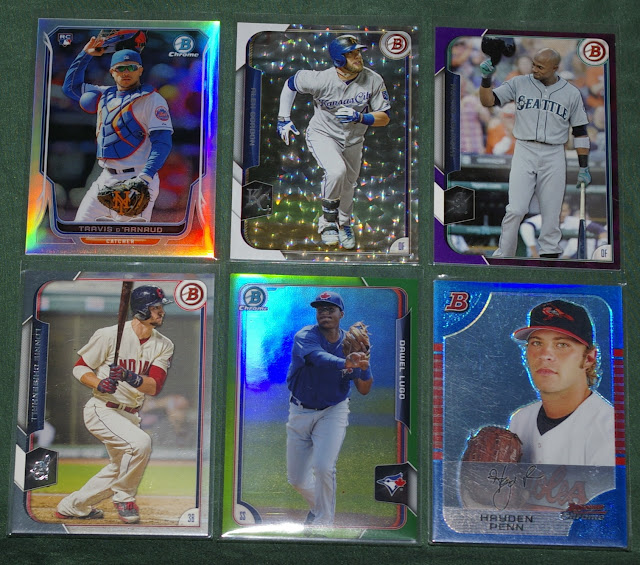 I like cheap Bowman parallels from recent years. Alex Gordon is the only guy here I collect, and the only unnumbered card of the six. The rest are trade bait. I should really be better about staying away from trade bait for teams I never seem to trade, such as the bottom row there. 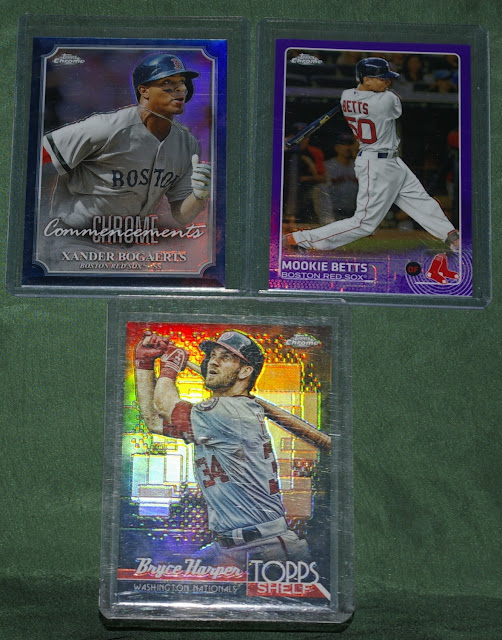 Shiny Topps Chrome cards of dudes I collect. Pretty sure I already had that purple Mookie, but it's #/250 and I just couldn't pass it up at that sub-buck price. 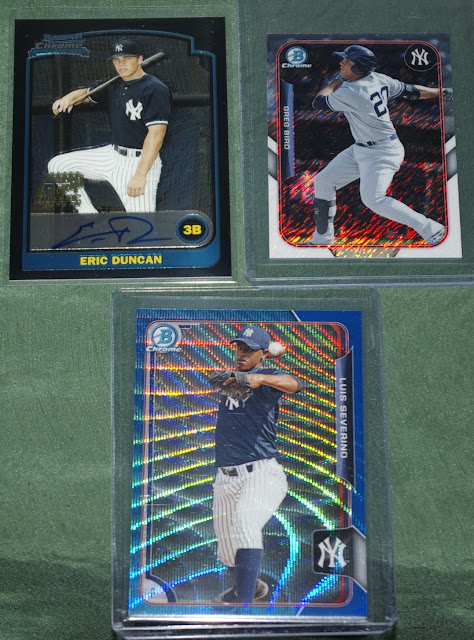 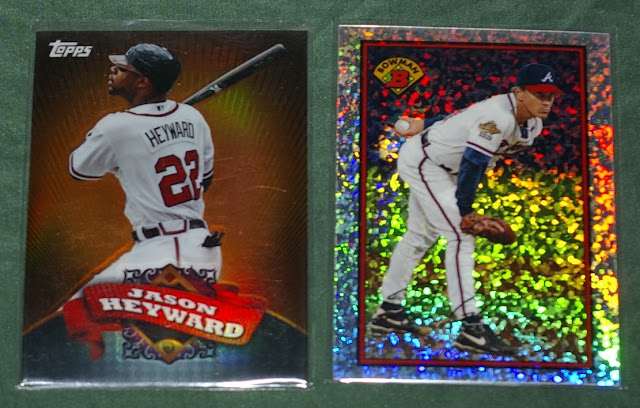 Braves. Who wants that Heyward? 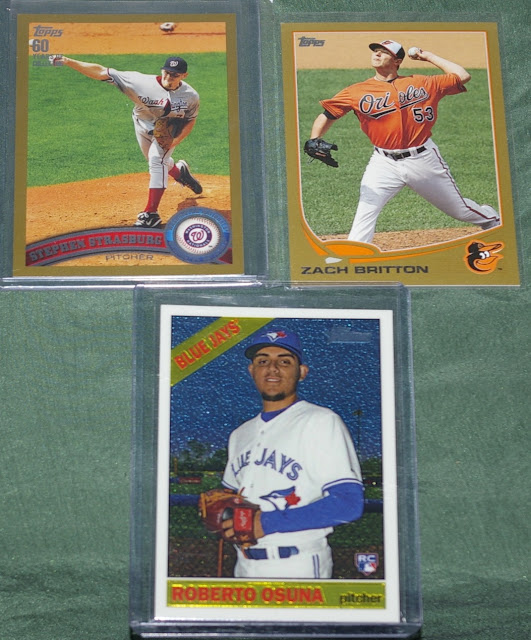 Some numbered Topps parallels. I was pretty excited to see that Strasburg gold in a quarterbox. I bet back in 2011 that card sold for a decent chunk of change. 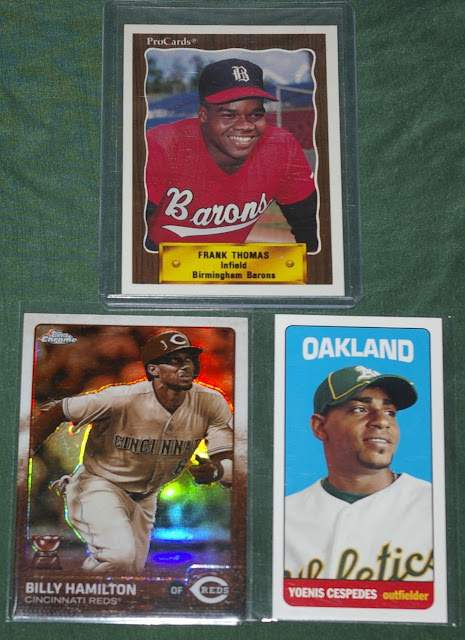 I pulled a terribly off-center copy of that minor league Frank Thomas card from a pack when I was a kid and it was a big deal to me. I'll hang onto the sentimental old copy, but couldn't resist upgrading to a respectably-centered specimen. Billy Hamilton and Yoenis Cespedes are fun guys to watch that I'm tempted to start collecting in earnest, but for now I'll just occasionally pick up parallels and inserts such as these when I find them cheap.

So all these cards pictured ran me comfortably under the price of a blaster.. not a bad haul, though nothing to really knock your socks off. Not pictured are a few cards already set aside for trader buddies. I've got more cards to show off from the trip, but they weren't from a purchase but rather a generous gift (Padrograph Rod striking again). I need to finish digging through the boxes and pull out some favorites to feature on the blog soon.