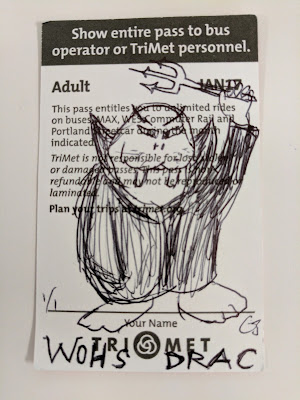 I'd keep my distance from that. Anyways, let's sink our teeth into some more 20¢ cards I picked up at the recent card show. 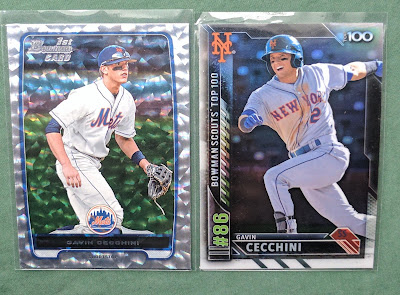 A couple shiny Gavin Cecchini cards. He had a nice spring (.333) but due to the Mets' infield depth, will likely start the season back in AAA until an injury or something opens a spot for him in NY. 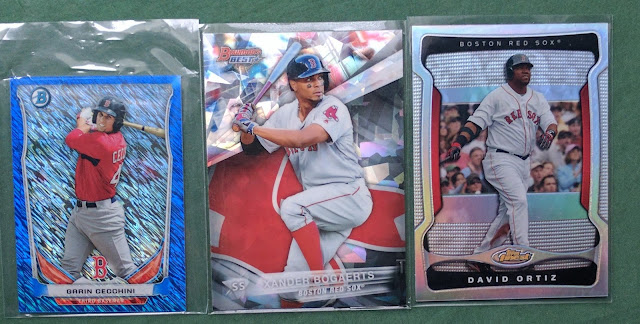 Moving onto shiny cards from Boston, here's a /250 blue shimmer mini of Gavin's brother Garin. He looks to play in the Royals' organization in 2017. The Bogaerts and Ortiz refractors are pretty nice.

Here are some non-shiny Red Sox, including a couple Starting Lineup cards and Ted Williams pogs. I was just a bit too old to get into the pogs craze of the early 90s, but this is still a neat oddity of when the two things intersected. 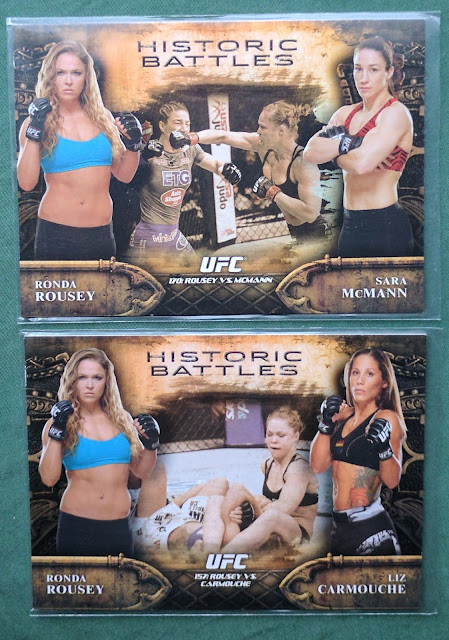 I haven't watched a UFC match in my life, but I'd been wanting to add a Ronda Rousey card or two to my collection because she's really attractive and a bad-ass. Her star definitely faded since getting her ass handed to her in her last couple fights, but we probably haven't heard the last of her.

Found three 2011 Chrome orange refractors for my 2011 parallel frankenset, all RCs funny enough. I didn't bother to consult my list, but luckily I needed all 3.

And a trio of Ginter X. Turns out I already had the Rizzo, so it's available if any of my Cubs trading buds wanna call dibs. 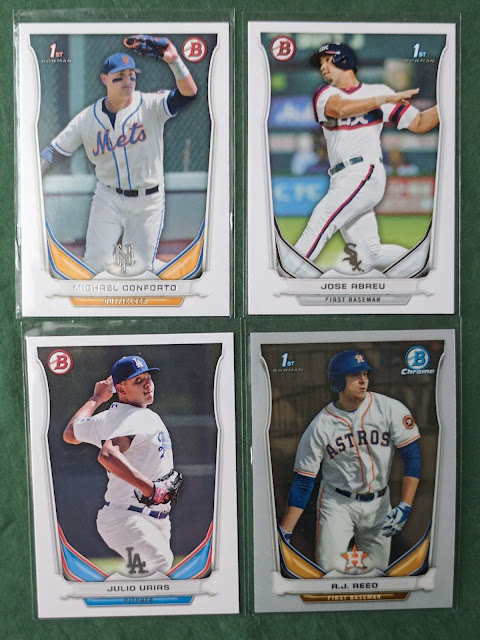 Some decent names from 2014 Bowman. I still kinda like AJ Reed, though he's looking like a AAAA slugger who rakes in the minors but struggles up top. 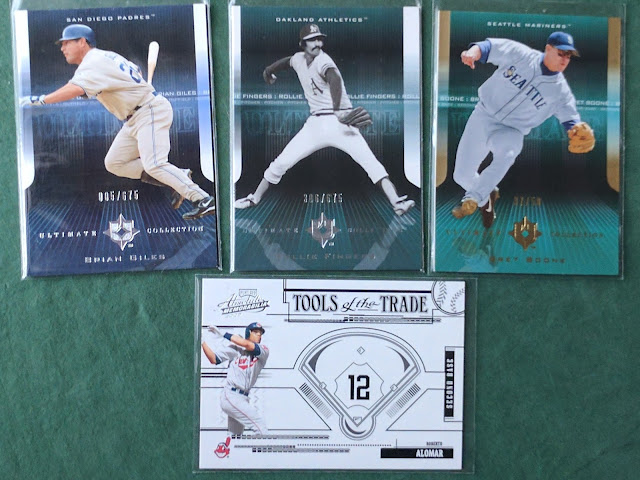 Here are a bunch of serial numbered Padres. Ok, maybe only one of these is actually a Padres card, but they're all "once a Padre..." guys to me. The Alomar is #'d /100 on the back. 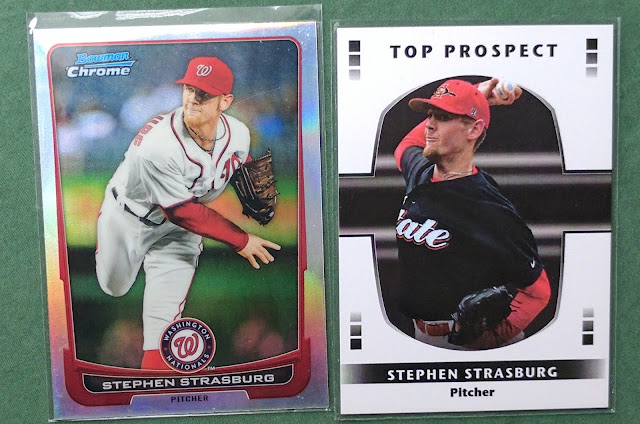 Let's close out with another guy with San Diego ties, Stephen Strasburg. Here we've got a Bowman refractor and an oddball (2010 GTC). It's my first card featuring him from his San Diego State days, not counting a custom I made a while back, which I appreciate since I went there too.

That's enough for today. More soon. Thanks for reading.
Posted by defgav at 4:07 PM