Got a couple trades in the mail this week to feature today.

I've read the Angels In Order blog for a long time but hadn't had the pleasure of trading with its author, Tom T. until he got in touch a few days ago. Always nice to pick up a new trading partner, especially a collector of a team that's amply represented in my tradebox such as the Angels.

Tom packed 4 cards in his PWE, highlighted by perhaps the most infamous card of all time... 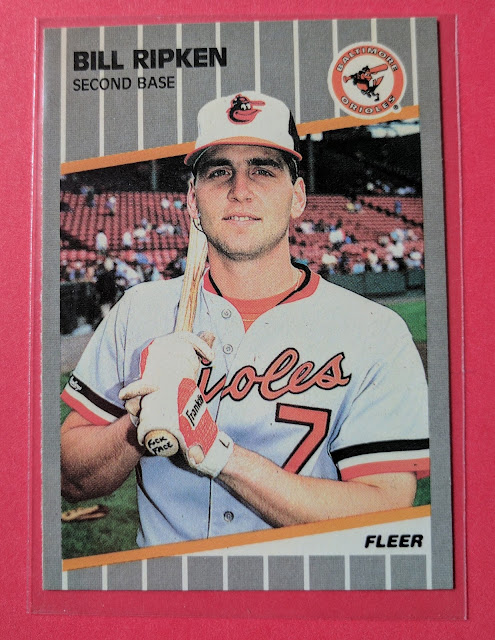 It's the world's best known profane bat knob! I picked up the more-common "black box" variation a while ago at the card show, but was looking to add the uncensored original to my collection, so I was very happy to land this one in our trade. (If you missed my old post creating silly fake cards inspired by the Billy Ripken fuck face card, I think it's worth a minute of your time.)

John Blanchard is flanked here by a couple 20-game winners in Mudcat Grant and Mickey Lolich. These 3 were very appreciated needs for my 1965 Topps setbuild, though I'll probably try to upgrade the Lolich eventually, as it appears a small rodent snacked on it at some point.

Big thanks for the quick trade, Tom! I dropped a PWE of Angels in the mail to you the other day.. hope you like. I damn near went ahead and filled a flat-rate Priority box to majorly thin out my Angels, but resisted.. maybe next time!

Next up is a nice bubble mailer from Mr. Stealing Home over at All Trade Bait, All The Time. 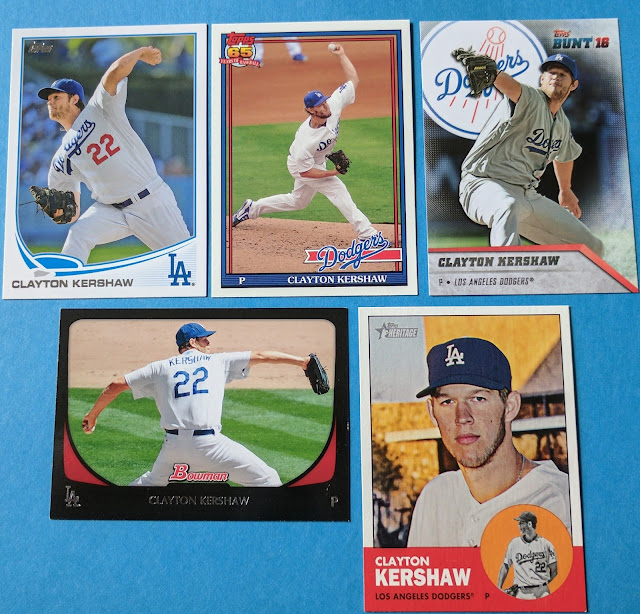 As a Dodgers collector, he usually has some dupes to pass on to me of guys I collect like Clayton Kershaw...

..and Adrian Gonzalez and Matt Kemp. I definitely don't have many A-Gon cards featuring him from his early Texas Rangers days. 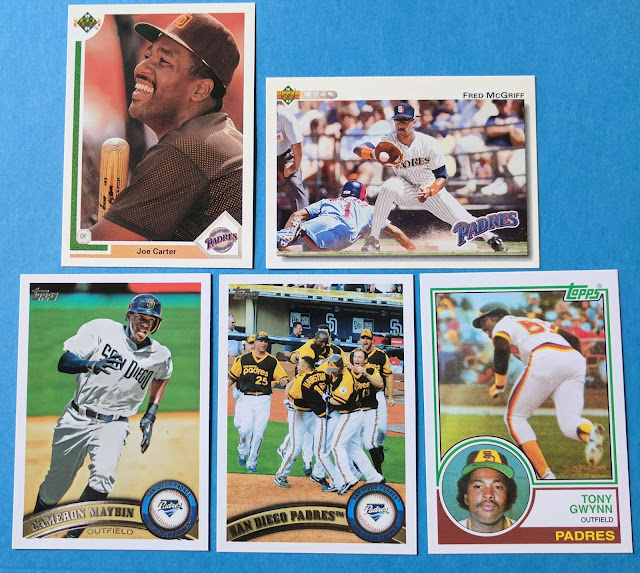 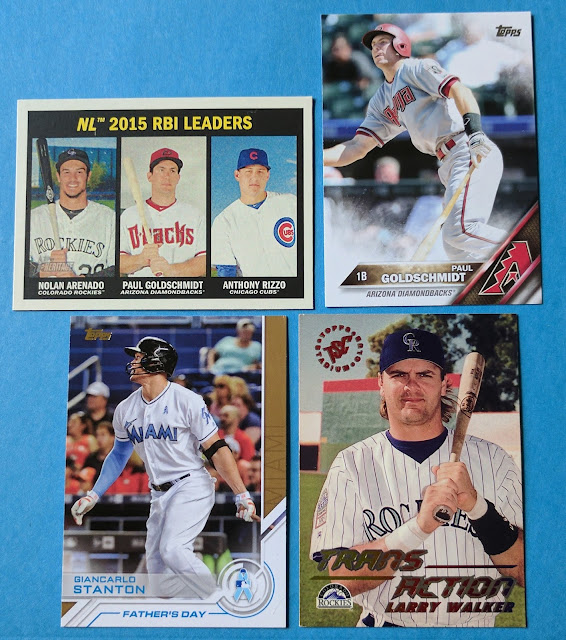 And some other dudes I collect. Especially digging the Father's Day Giancarlo and the Stadium Club Larry Walker.

Thanks a lot, man!

Have a great weekend, everybody.
Posted by defgav at 4:00 PM