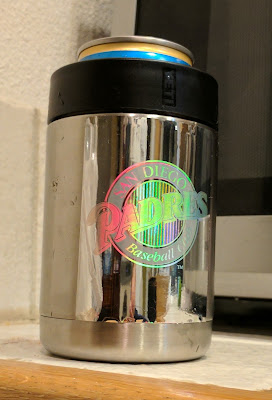 Happy St. Patrick's Day, everybody! For my fellow connoisseurs of suds out there, if you're like me and prefer nicely chilled beverages, I gotta recommend these Yeti Rambler Colsters. I don't know the science behind it, but they sure do seem to keep cans and bottles cold for a long time. My wife got us a couple of these for Christmas and we're both very happy with them. I've decorated mine with a couple Upper Deck Padres hologram stickers. 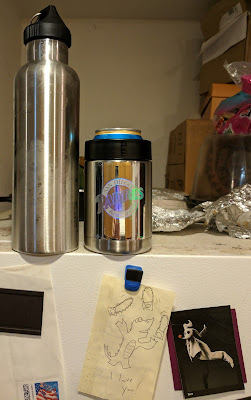 I also recently got a new stainless steel water bottle and I'd like to smack a few Padres holograms on it, too. So if any of my trader buddies reading out there have extra Upper Deck Padres hologram stickers, please send them along next time you send me cards!

And now let's check out a few more of my Padres-centric pickups from my latest COMC order. Most of these aren't actually Padres cards, but close enough for me. 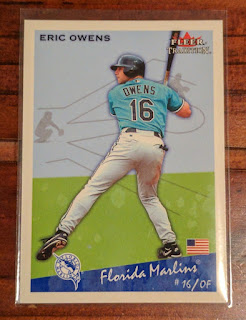 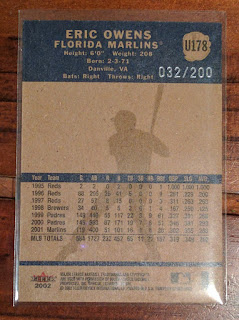 Sike, it's some parallel #'d /200 on the back. Owens is one of my favorite semi-obscure fan favorites to collect, so it's nice to pick up a new card of his once in a while. 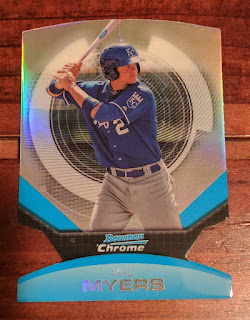 I had bought this card at the last card show, and when looking up what it was selling for on COMC, to my chagrin, there was one for only 37¢ so I bought a dupe out of spite. I'm thinking maybe I'll punch a hole in the top and turn it into a Christmas ornament. Not even joking. 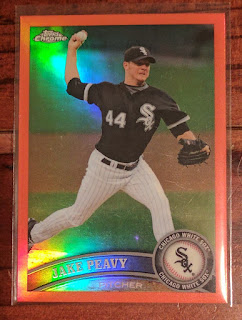 Here's another shiny card. I love orange refractors, and picked up a few different ones in this order. Turns out I need this Chrome card for my 2011 Topps parallel frankenset, so I guess it'll go to that box instead of the Jake Peavy PC. 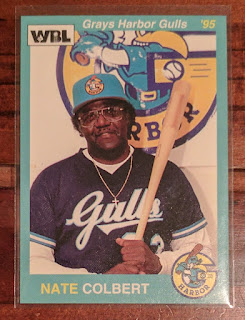 My Nate Colbert collection has pretty much stalled after a halfhearted attempt at supercollecting San Diego's home run king a few years ago. I was happy to find this minor league manager card I had never seen before from 1995 pop up for a buck. 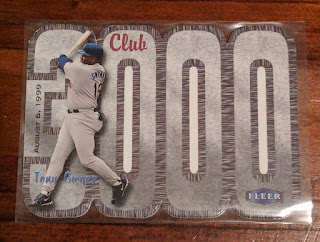 Don't tell Nachos Grande, but I picked up a few cards from his wantlist so I'd have something to trade him back for the last batch of cards he sent me. Among them was this Tony Gwynn 3000 Club diecut that I decided to hang onto myself. But don't worry, I did send Chris a few other cards he can use. 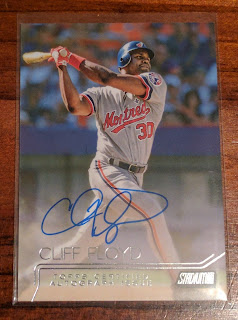 I did a curious search for autographs sorted by cheapest-first to see if anything jumped out at me, and ended up with this Cliff Floyd Stadium Club auto for just $1.25. Back when he was a #1 draft pick in 1991, he was one of the very first certified auto cards I ever got.. some Front Row mail order thing. So I've kinda collected him since way back then. He finished his career with a brief stint in San Diego in 2009, which I was happy to see, even if he had nothing left in the tank by then.
Ok, I even dug up a picture of the aforementioned 1991 Floyd auto that I've hung onto after all these years: 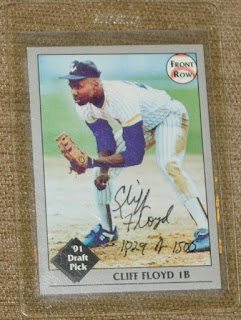 He had a few real good years and even got himself a ring with the 1997 Marlins. But Topps may have flooded the market a bit with his auto in recent years, so now you can find one for $1.25. So much for that Front Row card ever bringing in huge coin. (Still better than the other Front Row auto I bought as a kid: Tyler Green, pitching bust for the Phillies. I got rid of that one when I moved out of San Diego.) 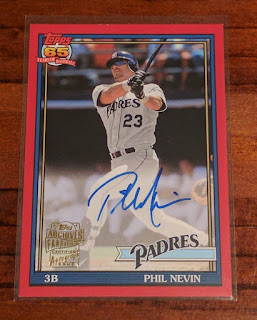 Finally for today, here's a Phil Nevin auto from 2016 Archives. I was just about to buy the blue (/199) parallel, but then decided to pay a couple bucks more to get the red (/50) parallel. It seemed to make sense from a math perspective. But now I think the blue border card looks better and I kind of regret my decision. Hopefully I wind up with a blue one someday, too. I got a couple other Archives auto parallels, but they're not Padres related so I'll save them for another day.

Again, Happy St. Patrick's Day and have a great weekend!
Posted by defgav at 3:17 PM