Solid card show haul today. Biggest purchase was 120 cards from the 20¢ bins. Another was 7 cards for $5 (which were all #'d and/or auto'd football cards bought for trading buddies of mine), and then 20 $1 cards.. and it's this last purchase I'll be showing off here today. While some of the cards might not have been awesome deals (I sorta had to struggle to come up to an even 20, but the old guy seemed nice and I didn't want to make him make change), but still a nice showing of cards for the retail price of a blaster. The guy had a bunch of overproduction era stuff, but I did my best to sniff out the vintage. 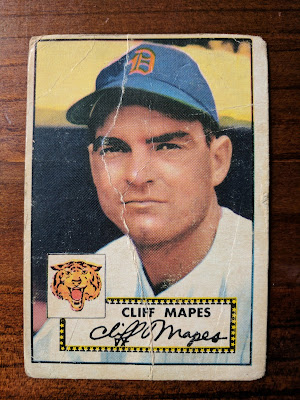 Beat to hell or not, I don't think I could pass up a 1952 Topps card for a buck, so this creased Cliff Mapes was a no-brainer. Looking him up... His career wasn't super impressive, but he did get a couple rings as a backup outfielder on the Yankees. He's also known for being the last guy to wear Babe Ruth's number 3 before it was retired, plus he wore number 7 right before Mickey Mantle. 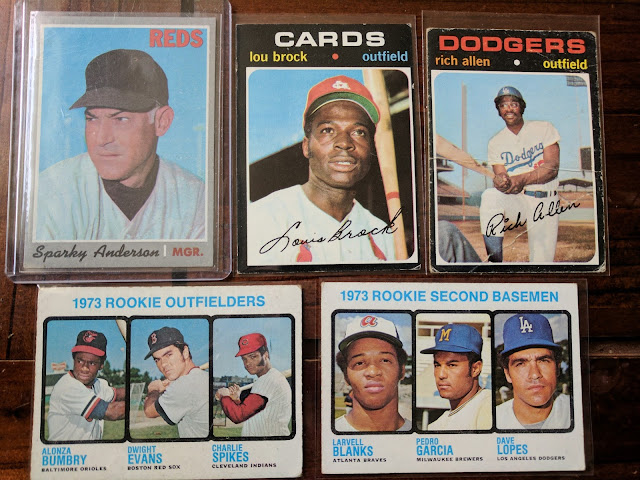 I actually already had these 5 cards. I think the Sparky is an upgrade over what I had in the PC (Love this card because it's the closest to a Padres card he ever got after being a coach with them in '69). The '71 Lou Brock is in pretty decent shape, and it's a semi high number, so generally not a cheap card, so I added it to my stack even though I've already got one in my set, plus I'm pretty sure another one in the Brock PC (this one might be an upgrade?), so I guess it's trade bait. The same could be said about the '71 Dick Allen, though it's in rough shape with a couple major creases. But yeah, I love that card, even with the photographer's knee in the shot. One of my prized possessions is the original match print photo for the back photo from Topps Vault. The Dwight Evans RC would have been a screaming deal for a buck but a kid named Russ wrote his name on the back. But hey, good enough to add to my Dewey PC. And the Davey Lopes RC looked too nice not to pass up.. might be an upgrade for my set. 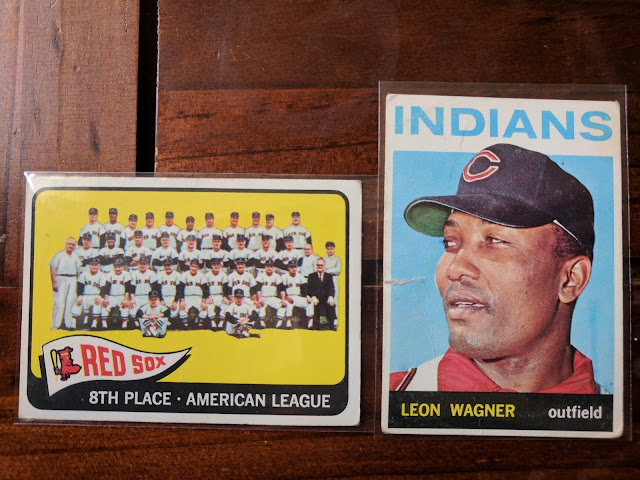 A couple set needs. I had the Red Sox team card marked as "pending" on my list, but I didn't bother to check it until I got home. Oh well, if I end up with a dupe, I'm sure someone would give it a good home. The 1964 Leon Wagner isn't in great shape, but it's a tricky high number, so I figured it was worth the buck even with a crease that seems to be threatening Leon. 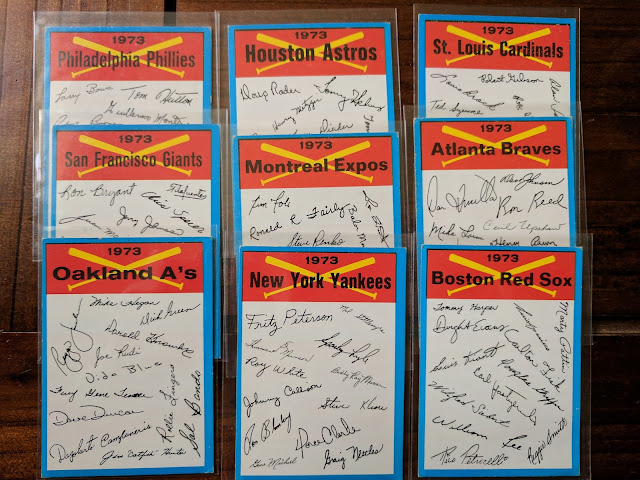 When I was finishing up my 1973 Topps set a couple years ago, these blue team checklists were deceptively tricky to complete and I had to settle for many of them marked up on the back. So when I saw all these unmarked beauties, I had to grab them up to upgrade. 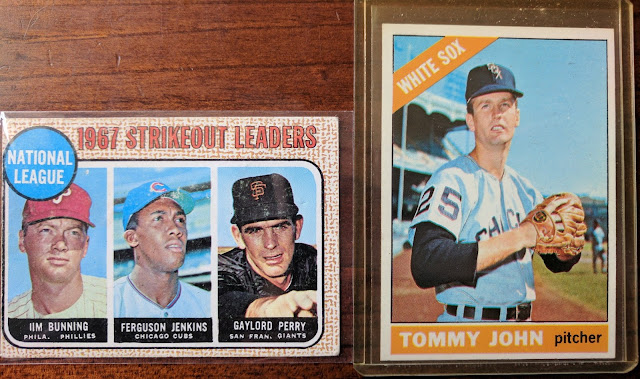 The '68 Strikeout Leaders is cool in that it's all HOFers, though the surface is pretty worn. It'll go toward my Gaylord Perry PC if it's not already there (or if it is, then to the Fergie Jenkins PC). Tommy John is a guy I'm always on the cusp of collecting, but never really commit too. Looked like a nice '66, though. 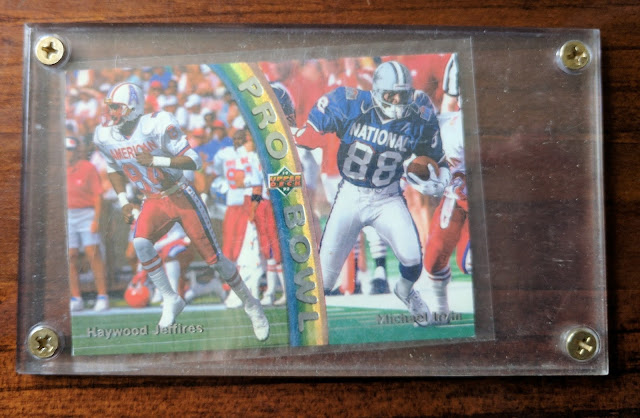 This last card I don't care about at all, just threw it in for the case. I'll find something fancy to imprison in there.

So there you go, my "vintage blaster" from the card show.
More from my card show haul on the way soon.
Thanks for stopping by.
Posted by defgav at 3:37 PM