Ready for more cards I picked up over the weekend at the card show? Let's do it. 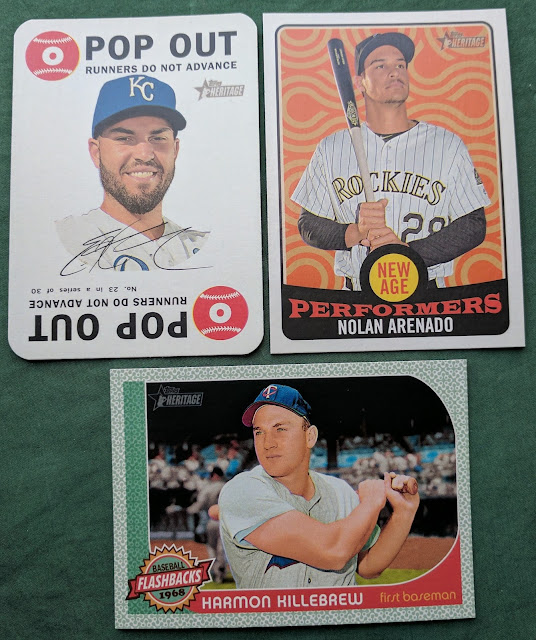 Finally got my first in-hand look at 2017 Heritage. If anyone's going after the Game insert set, this Hosmer's available for trade. 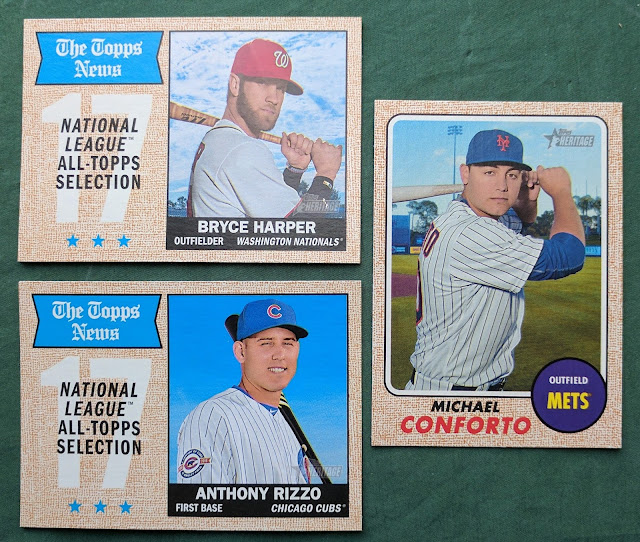 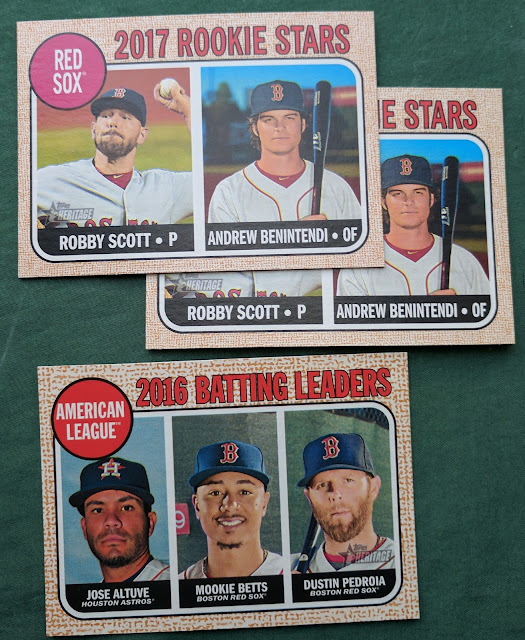 Some Bosox boppers. I don't know much about Andrew Benintendi other than his name is close to Nintendo, which is cool, and he's been getting a lot of hype out of New England lately, so I picked up a couple of his cards. Look at me prospecting! 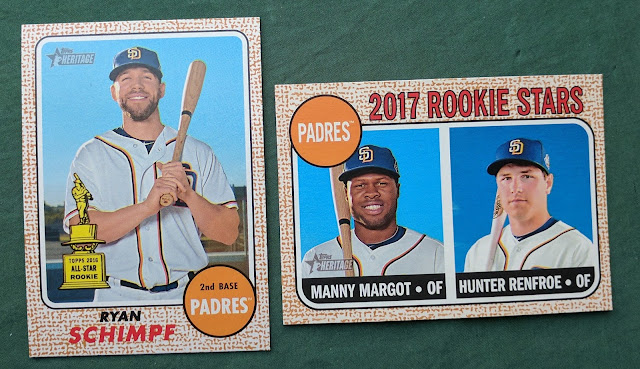 Some young Padres I like. Seems like it's been a long time since a Padre made the Topps All-Star Rookie Team. What sucks is that Ryan Schimpf never got a true "RC" card. His only 2016 cards are Topps Now cards, which probably shouldn't really count.

More kids. I've got a sweet auto of that Gavin Lux card (plus a "Sign Here" oddity), but didn't have the base Bowman Chrome (and still need the base paper). Ian Happ has been having a phenomenal spring with the Cubs, though they don't really have a place for him at the moment so he'll likely start the year in AAA. I think Bo Bichette has been doing well too, but honestly I'm pretty sure this card only ended up in my stack because it was sticking to the Happ.

A trio of Wil Myers, including the first 2017 Donruss card in my collection. 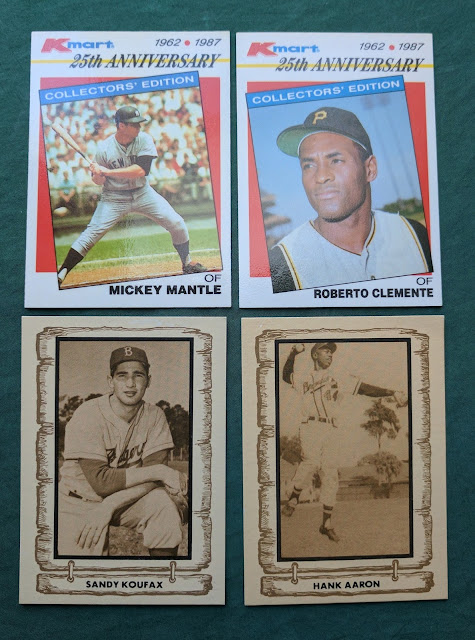 Some 80s cards of all-time greats. I hadn't realized just how much nicer the 1987 Kmart cards are compared to the similar 1982 Kmart cards. Glossy fronts, bright backs.. must've been pretty fancy at the time. The sepia cards on the bottom are 1980 Cramer, an oddball set I wasn't familiar with, but liked enough to grab a couple big names, including star of yesterday's post, Hank Aaron.

More stuff soon enough. Thanks for popping in.
Posted by defgav at 3:50 PM