closing out the card show haul with some nice scores

Ok, let's clear out the last few cards from my card show haul. (Still some trade bait unclaimed from yesterday's post.) While I've pretty much just randomly split the cards up into these past few posts, seem that I saved some of my best pickups for last. 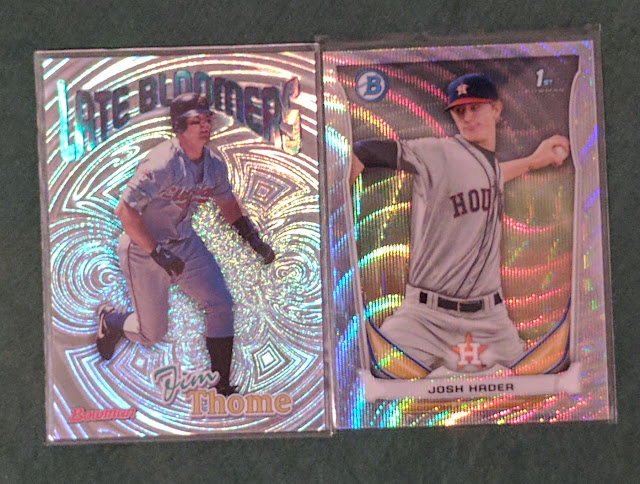 Kicking off with the super shiny! Love those crazy Late Bloomer inserts from Bowman. Nice addition to my li'l Jim Thome PC.

The Josh Hader 2014 wave refractor (#'d 2/25) is probably my best pickup of the show. If you were compelled to buy a copy of this card online right now, well, the only one I can find for sale anywhere is on eBay for $119.95 or best offer. I'm sure the seller is reaching at that price, but still.. solid pickup for 20 cents! I did a double take when I flipped the card over and saw the serial number. If only it had been a Christmas Card, then I'd really have been knocked on my ass. I believe Hader is the Brewers' top starting pitching prospect now, coming over from Houston in the Carlos Gomez trade. He'll start the year in AAA, but will likely make his MLB debut later this season. 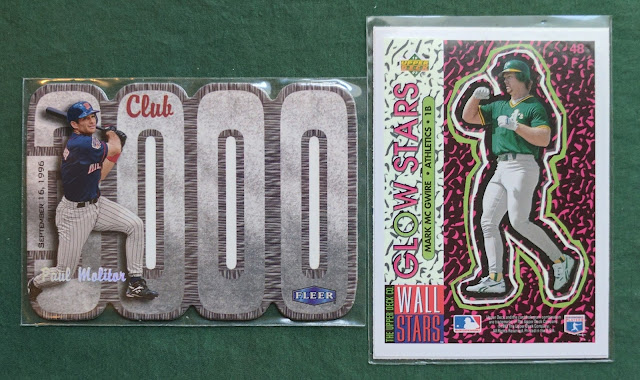 Nachos Grande got me hooked on those 3000 Club inserts.. couldn't pass up that Molitor. I'm trying to complete the Glow Stars subset from 93 UD Fun Pack, since I'd like to get every glow-in-the-dark baseball card ever available. Turns out I already have this one, so I guess it'll go to my McGwire PC instead of my sub-setbuild (I'm not a huge Big Mac fan, but I sorta collect any baseball player who's ever guessed on The Simpsons.) 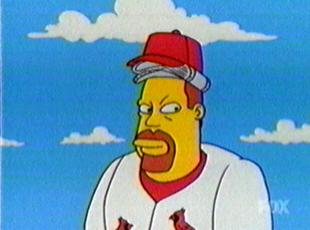 Reggie was my #1 collecting guy as a kid. I've cooled on him since returning to the hobby, but I was enticed by awkward photos from his rookie days, plus a HOF plaque diecut #'d /1993 on the back. 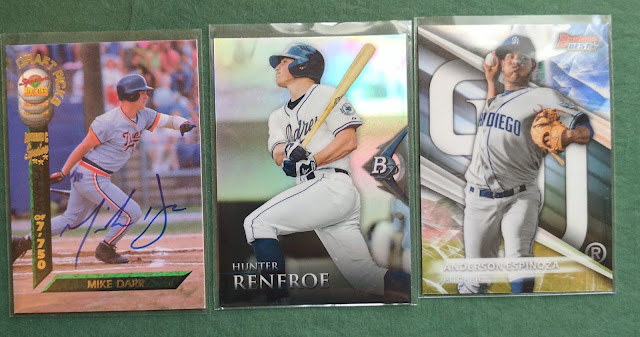 Young Padres. Well, Mike Darr never got the chance to grow old, being killed in a car accident in 2002. He was drunk and not wearing a seat-belt that likely would have saved his life. Sad story.

Some Rangers I kinda collect. 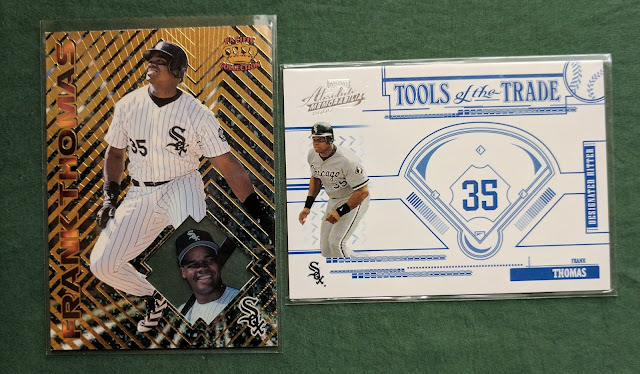 Frank Thomas. That Pacific card definitely gets your attention. The Tools of the Trade (I almost typed Toots of the Trade.. LOL) is numbered /150. First-ballot HOFer #'d /150 for 20 cents?! Heck yeah, can't pass that up. 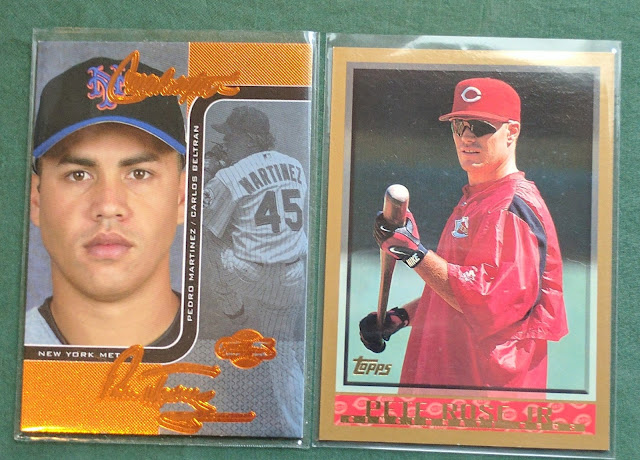 Carlos Beltran with special guest appearance by Pedro Martinez. I think it's /125.

And this might be a controversial statement, but I think Pete Rose, Jr belongs in the Hall. I think enough time has passed that we forgive him for his poor play in the major leagues.

lol, but no, I do love collecting Pete Rose, Jr cards for some reason. Maybe because when I was a kid and he was an upcoming prospect, it was so amazing to my little mind. "The second coming of Pete Rose?! Oh man, he's gonna kick ass!" But his career didn't quite turn out that way and I eventually realized children don't necessarily replicate their parents' success.

Some greats, with a Hank Aaron special from '74, plus a couple Archives reprints.

Miggy rookie and a couple early Nolan Arenado cards. I don't really collect Arenado, but he's pretty good, so couldn't pass these up. 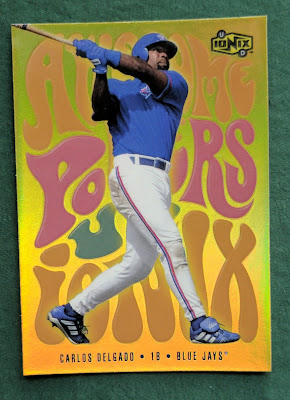 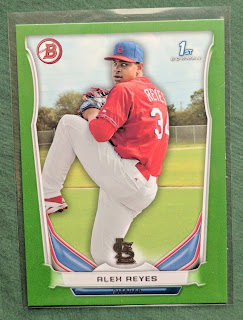 Last one. St. Louis had high hopes for Alex Reyes to lift them back into contention in 2017, but he got struck with Tommy John disease and is out for the year. Still, I was surprised/excited to find this /199 green parallel of his 1st Bowman card in the cheap bins. According to COMC, it's a $10 card. Assuming he comes back strong in 2018, this could end up being a very sweet pickup for me.

That's it for the March card show haul. Pretty solid, I'd say! Thanks for checking it out with me. See you next time.
Posted by defgav at 4:03 PM