I got another COMC order in the order day, taking advantage of a free-shipping scratch-off code from Black Friday that expires at the end of the month. It's the second one I got from that haul, after using one on my previous order around New Year's. Folks tend to think you can only use one, but that's not exactly true. Once you hit a free-shipping code, stop scratching.. save the rest of the scratch-off cards until after you place an order. Then if you hit another free-shipping code, it'll work for ya. But yeah, if you already have an unused free shipping code on your account, you can't add another one (..as is my understanding).

It's also worth noting that the codes are non-transferable. A while back, a friendly cardsphere buddy tried to give me his free shipping code as he had no intention of placing a COMC order until next Black Friday. But once you type in a code to check it out, it's tied to your account.

Among the cards I picked up in this order were some exciting young Padres that are looking to break out this year. San Diego is gonna suck donkey dong this year, don't get me wrong, specifically because of the weak rotation, but at least there are some upcoming bats that should be fun to watch.

One such kid with a lot of eyes on him this spring is Luuuuuuuuuuis!!! 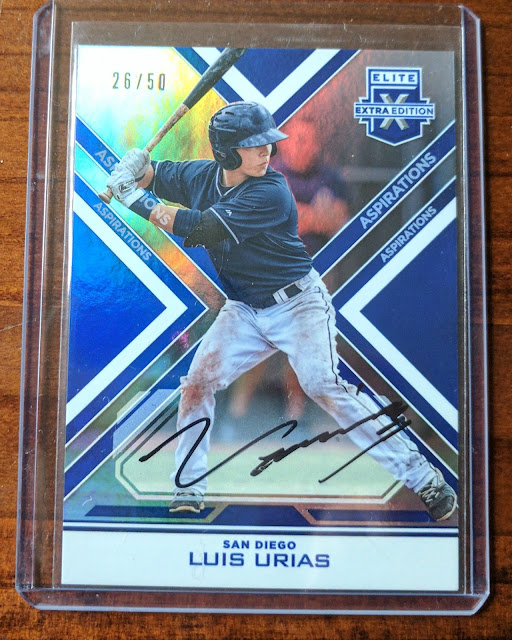 That's right, Luis Urias, a 19-year-old infielder out of Mexico who's hit .317 over 229 minor league games so far. Team Mexico's youngest player in the WBC, he figures to make his way up to San Diego within the next couple years. This 2016 Panini Elite Extra Edition card seems to be his only certified auto out there at the moment. The only pickup of the order to crack double digits, I ponied up a little extra to get a numbered parallel.

But no, the real Luis everyone in camp is excited about is... 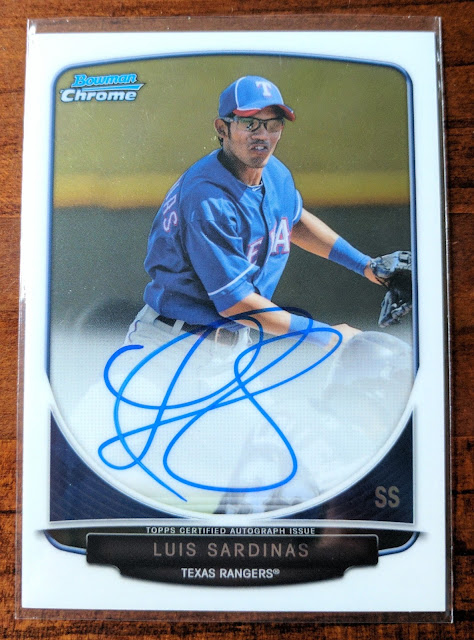 Luuuuuuuuuuuuis Sardinas! He's bounced around with 4 teams in the past 3 years, but looks to stick around in San Diego at shortstop after performing well in 34 games up top last year. This 2013 Bowman Chrome auto features a nice big, loopy signature and only set me back $1.50. 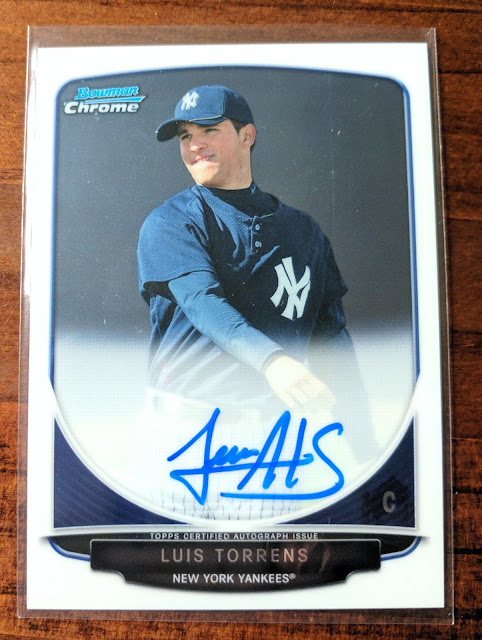 There's also this Rule-5 kid picked up off the scrap-pile in Cincinnati hoping to stick around as a backup catcher. Never heard of him before, but hey.. 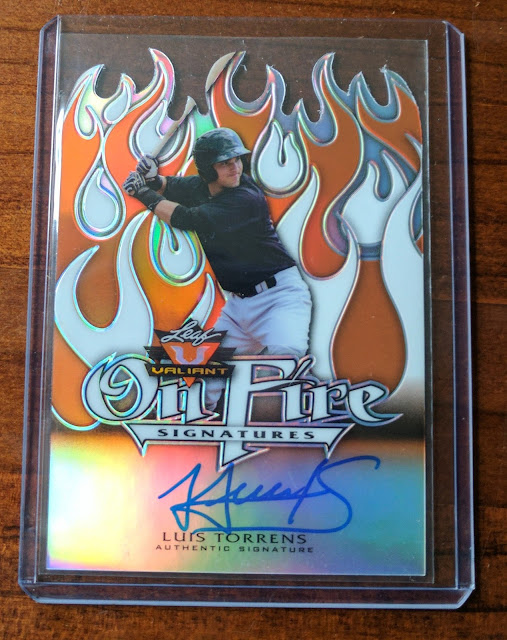 I've bought 2 or 3 Torrens autos in the past, but they all made their way over to his supercollector, Zippy Zappy. These 2 are for me. I'm hoping he sticks with the Padres, but I know there's still a very real possibility he gets returned to the Yanks. He hasn't been hitting much yet this spring, though has looked good behind the plate. We'll see what happens.

Speaking of Padres catchers, this guy isn't named Luis, but we'll close out the post with this trio of shiny Bowman parallels anyways. Austin Hedges has been swinging a hot bat this spring (.474 average and 1.132 OPS over 19 games) and I'm looking forward to seeing how he does in his first full season as starting catcher.

Thanks for reading! More from this latest COMC haul soon.

p.s. 2017 Topps Opening Day is out today.. Don't forget to boycott it so Topps finally lets this redundant product die. Low-end sets are great, but stuff like Bunt (physical) or Total (r.i.p.) are miles better than a lazy version of flagship with another logo slapped on it. The fun inserts are nice, but they'd be better in flagship or really any other set. I for one welcome the day this set no longer comes out. Shit, it ain't even MLB opening day yet. If they synced up the release date to actual opening day, I could give it a pass, but nope, guess that's asking too much.
Posted by defgav at 4:02 PM