You may recall the ridiculously priced product that was 2016 Topps Transcendent. Each box came with an invite to a party in Vegas attended by Kris Bryant. Attendees also got a bunch of exclusive cards. There was a set of 65 Kris Bryant cards, one for each flagship Topps design, and each numbered /65. One particular guy got his set slabbed by PSA and was auctioning them separately on eBay. I was hoping to score one for my collection. Some of them ended up going for a lot of money, but when the dust had settled, I ended up with not 1 but 3 of the cards that finished on the lower end (though still not cheap). 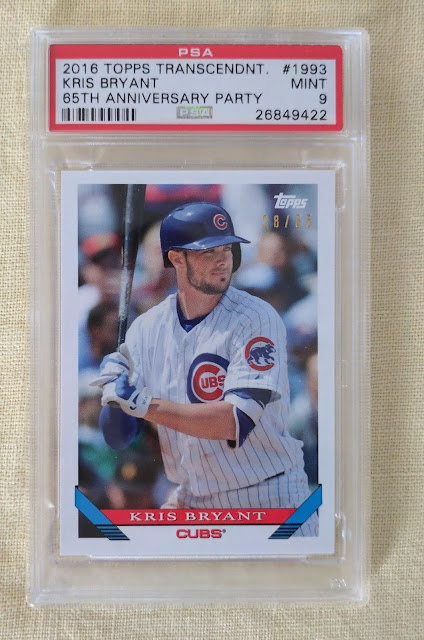 This is one I was really hoping to land. Not that the photo is all that interesting, but I've got a softspot for 1993 Topps, as it was the last product I ripped as a kid before straying from the hobby for a couple decades. I would have loved to score the 1990 Topps and/or 1991 Topps version of these cards, but they got a bit out of my price range. 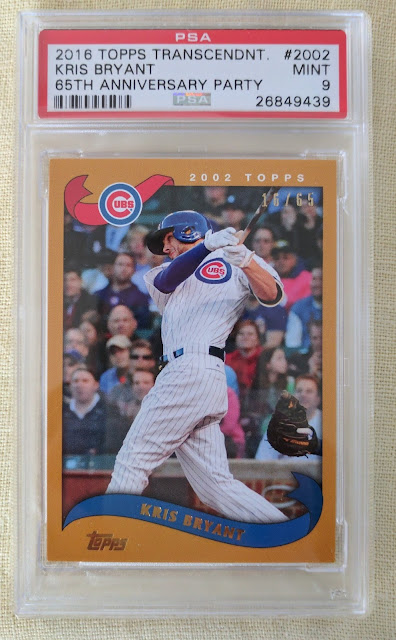 This is a really cool looking card. I've been warming up to 2002 Topps lately. 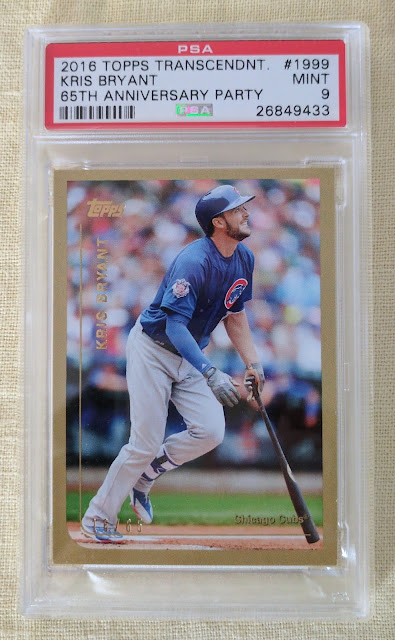 This one in the 1999 design is pretty cool, too. But as it's my least favorite of the 3, I've been halfheartedly trying to sell it at a healthy profit to recoup some of this trio purchase. After all, I was only trying to win one, and kind of got caught off-guard with three. But there are worse things in the world than if I don't get any takers and end up keeping it. 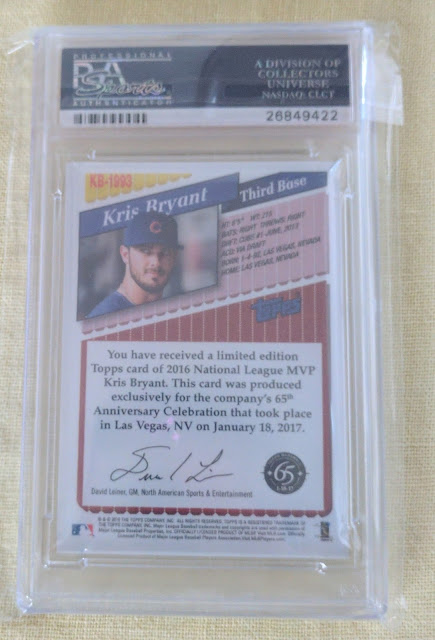 I didn't see the backs until the cards arrived. I was hoping the backs would match the front design, not just a new generic back shared by them all, so I was happy when I got them, flipped them over, and saw a reasonably accurate reproduction of each year's back, though with a message about the card's background instead of stats. 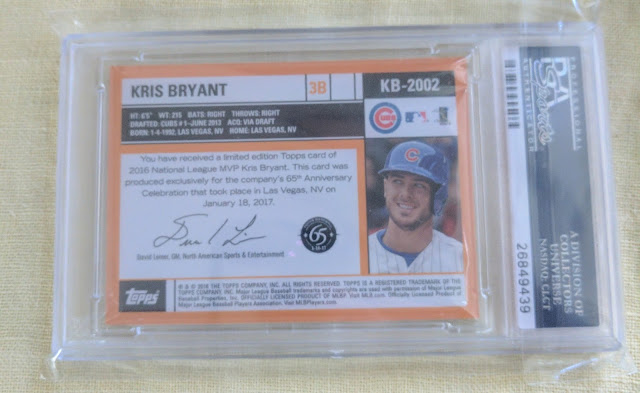 Sorry these back photos aren't very good, as I was in a hurry and didn't take them out of the team bags. (I redid the front photos, but not the backs.) 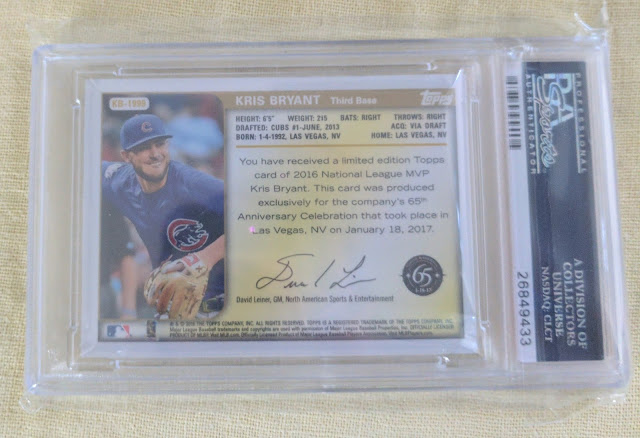 So yeah, pretty neat additions to my modest Kris Bryant PC.
Posted by defgav at 4:03 PM