I celebrated opening day by opening a box of cards.

This month's box out of my Black Friday stockpile is a bit different because it's a factory set rather than packs to rip. It's a special edition that comes with a relic card of Fenway Park infield dirt. For narrowly less than the retail price of a blaster (well, 4¢ less), it was a pretty sweet deal. I think I'll raid it for my many player collections rather than worry about keeping the set together. The surfboard set, as it's sometimes known because of the design, is fine but I wouldn't call it one of my favorites. I never ripped any 2012 flagship, as far as I recall, so there should be a good number of needs for my collection in here. 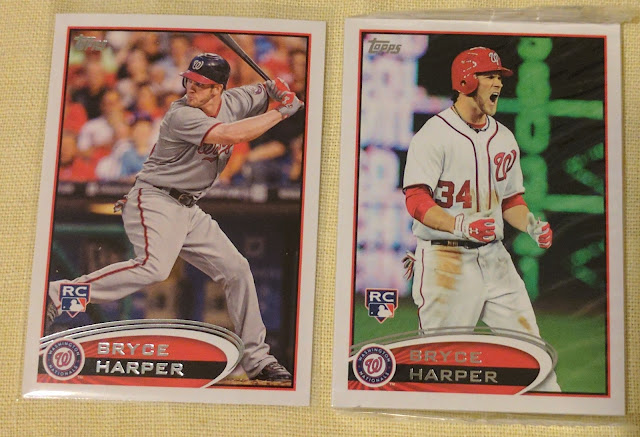 If I were to sell them, the two Bryce Harper rookies alone could probably cover my price of the set. So it's all gravy from here. He's off to a good start this season with a homer, his 5th career opening day home run. The card on the left is the standard #661 in the set. On the right is actually a sealed 5-card pack of "rookie variations" which I think I'll leave sealed for the time being since Bry-Bry himself is on top and all such packs are apparently the same so there's no mystery. There's also a Darvish in there, and Cespedes visible on the back. Reminds me of the days of pulling sealed little packs of oddballs out of cereal boxes. 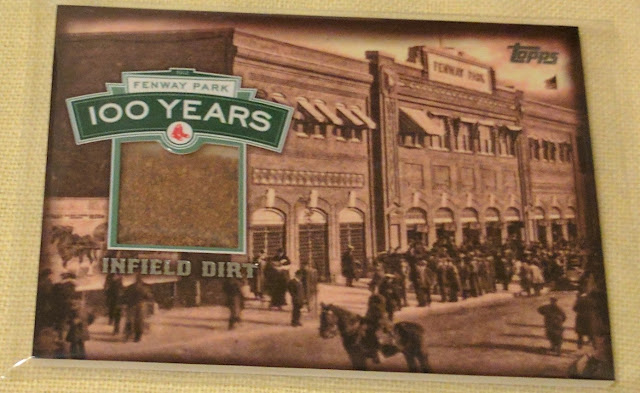 And the other star of the box: the Fenway Park infield dirt. It's my first dirt card. Silly, but pretty cool. I've sort of lost steam in my pursuit of a "Ridic Relics" minicollection of out-of-the-ordinary relic cards (ie, not jersey swatches or bat chips), though I still enjoy them. 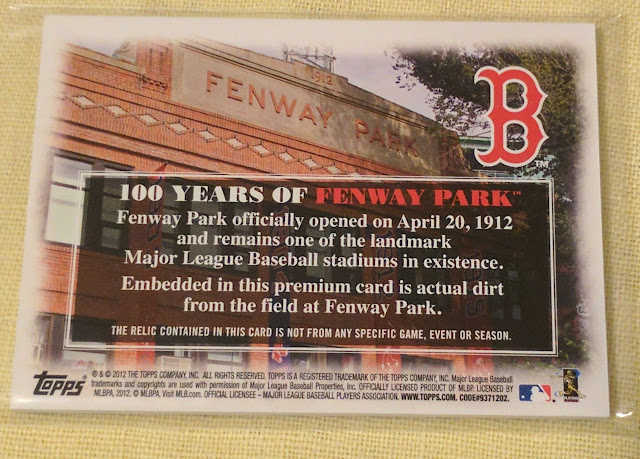 Regardless of your team allegiance, ya gotta love Fenway if you're a baseball fan, right? I've never traveled to that part of the country, but it's nice to have a tiny baggy of it in my collection now. 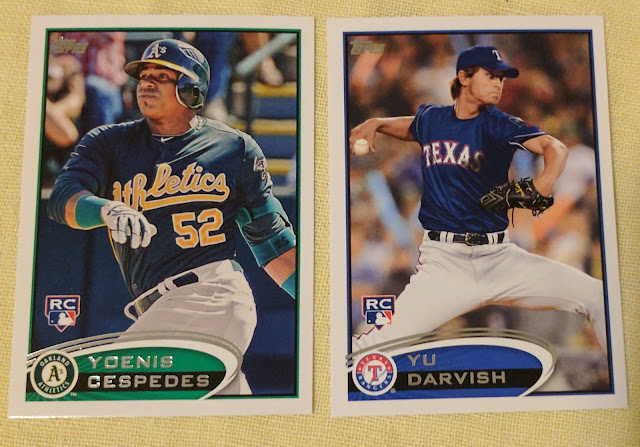 Cracking into the rest of the base cards, here are a couple of the other big rookies.

Some nice Season Highlights cards. Vlad didn't get a standard base card in the set, unfortunately, but got on the front of a checklist, at least. 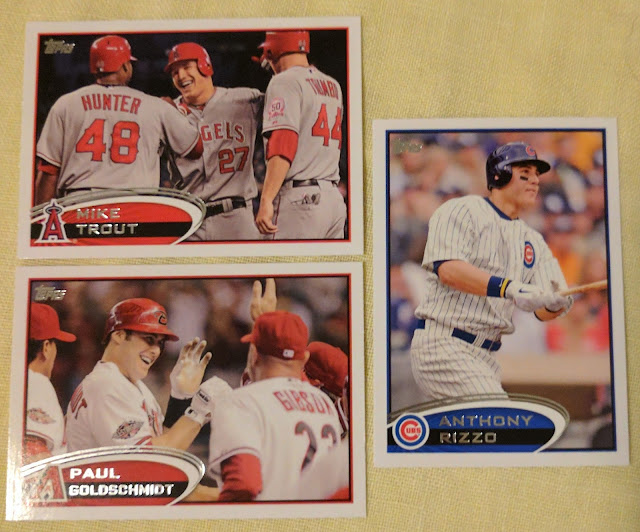 Here are some early cards of big names whose RCs appeared just prior, in 2011 Topps Update. 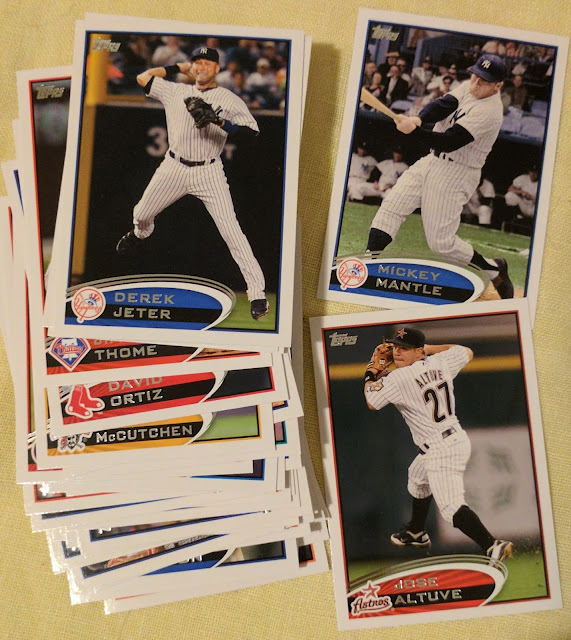 Healthy stack of other dudes I collect.

Speaking of Mickey Mantle, have you heard the news about his return to cards? That's kinda cool, but bummer about them being from Panini (logoless). 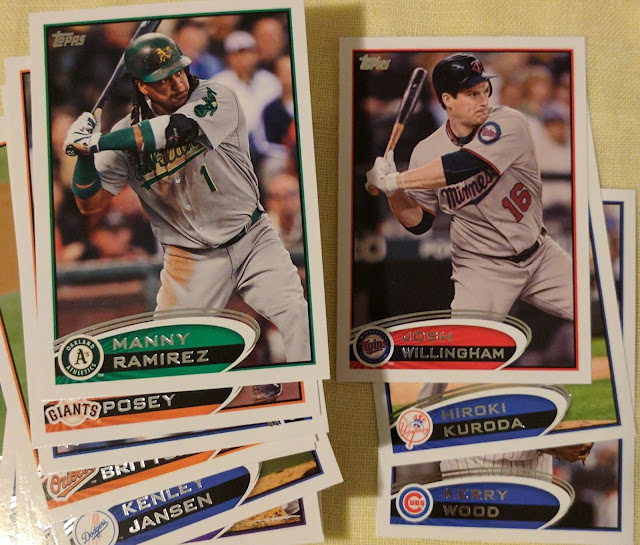 And a big stack of "other notables" to wrap up with. I had forgotten about Manny's stint on the A's.. maybe because he never actually played a major league game with the team.

After going through them all, I think I'll probably hang onto the cards for now (though sending the Willingham off to jaybarkerfan is hard to resist). Even if many of the cards are spread out into my various player collections, I'd know that I technically own the complete factory set of 2012 Topps somewhere under my roof, which I guess is kinda cool.

Thanks for reading! Enjoy baseball! I think this is the year the Padres go all the way! :P