Cards from the Big Folder

Here're some recent pickups I haven't gotten around to posting about yet, soundtracked by the songs of Tears For Fears.

"Everybody Loves a Happy Ending" 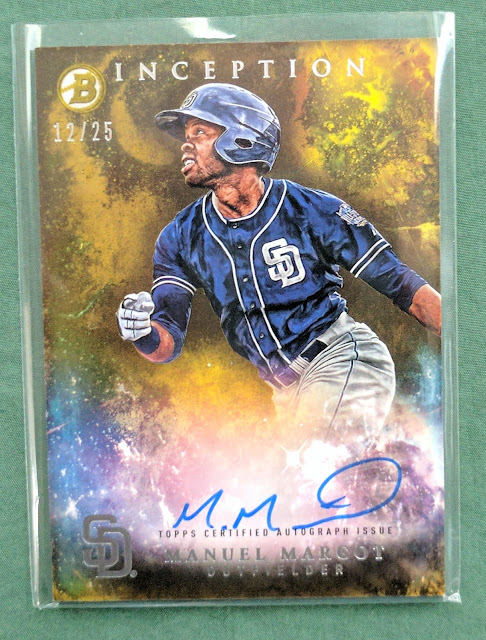 For Padres fans, a happy ending to the 2017 season would be to capture a NL ROY award. They've got a few young guys getting an opportunity to play, so who knows. Last I checked, Manuel Margot was leading rookies in several offensive categories, so fingers crossed he keeps it up. I was very happy to land this Christmas Card auto off eBay a month or two ago for a good price. 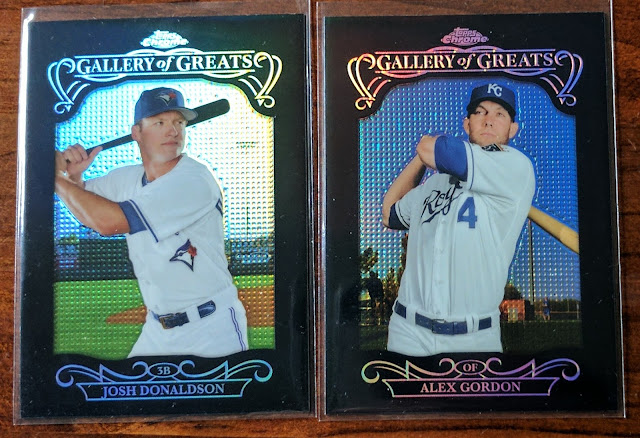 Feels like the moment has passed, but I'd still like to one day get all the Gallery of Greats inserts from 2015 Chrome/Series 1. These were a couple cheap ones of guys I collect from Just Commons. Both these guys have been laid pretty low lately, with Josh Donaldson having injury issues so far this season. And the tears roll down Royals' fans faces as Alex Gordon continues to slip further away from his all-star form of the past.
Still though, sharp looking cards! 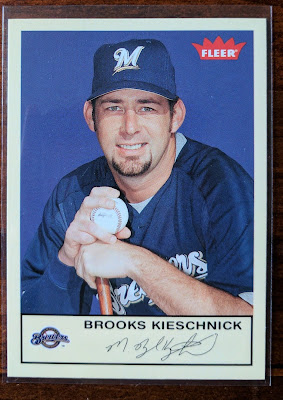 I've got several Brooks Kieschnick cards, but those were all from his days as an upcoming slugger with the Cubs. This is my first card from after he made the change into a pitcher who could also be called on to pinch hit or make a spot start in the outfield or at DH. Love the versatility. 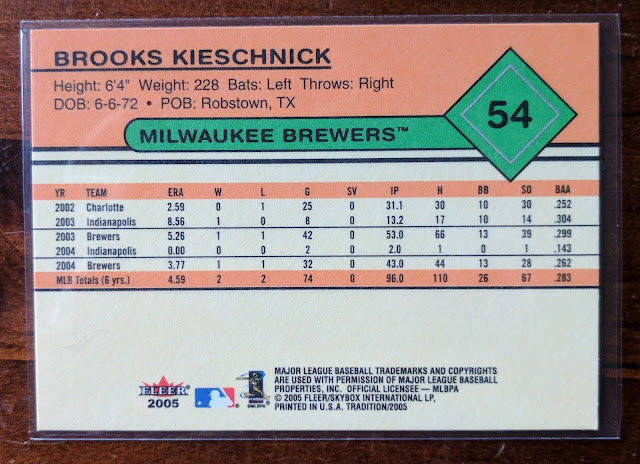 And here's the back so you can see the pitching stats. He would spend all 2005 in Houston's minor leagues before hanging up his cleats, so this is a sunset card, featuring complete career stats.. well, pitching stats, at least. Pity there's no batting stats or write up trumpeting his "2-way player" feat. It's not super uncommon for guys to switch in the minors, but to get into over 100 MLB games as a position player, then take up pitching and make it back to the majors? Pretty exceptional. This card balances out my lil BK PC: I have 14 of his cards, and half of those are certified autos, which is kinda crazy. But hey, he has many inexpensive autos out there, so I pick them up when I can. 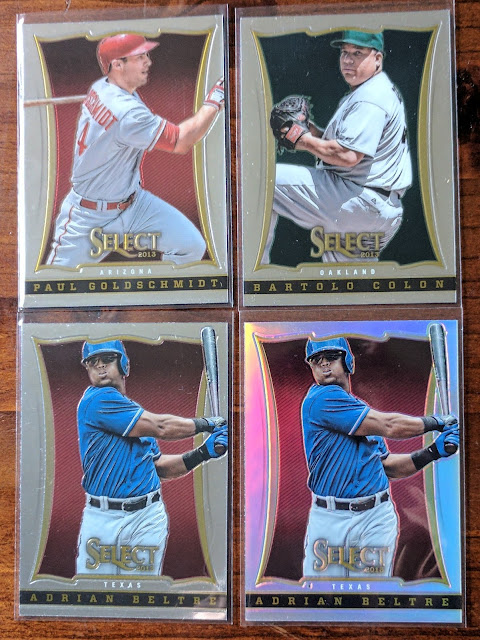 (Heads behind borders?) Panini seemed to throw a bunch of ideas out at collectors around 2013 to see what would stick. Select was one of the ideas that didn't stick. It wasn't even on my radar back then. But years later I wound up with a Brian Wilson card from it that I strangely was head over heals for even though I very much dislike Brian Wilson. I thought about finding a hobby box to bust, but after learning that all the autos in the product are stickers (Nooooo!!), I quickly dropped that idea and understood why the reboot failed. Instead I picked up a few cheap singles of guys I collect on Just Commons, including a Beltre refractor.. er "prizm". 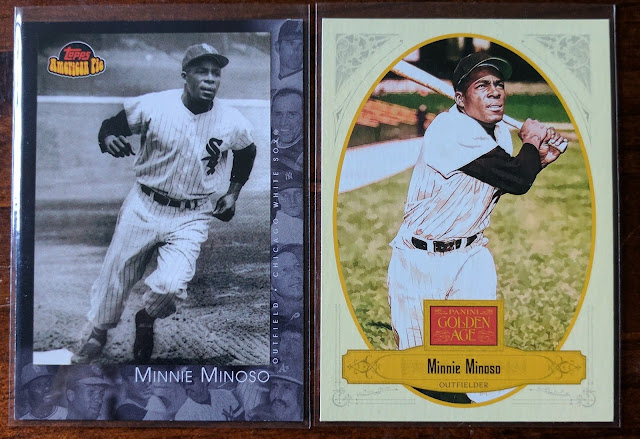 I'm trying to build up my Minnie Minoso PC a bit, so I added these couple cards to my Just Commons cart. It makes me want to shout when I think about the injustice of him not being in the Hall of Fame. Cold as ice. 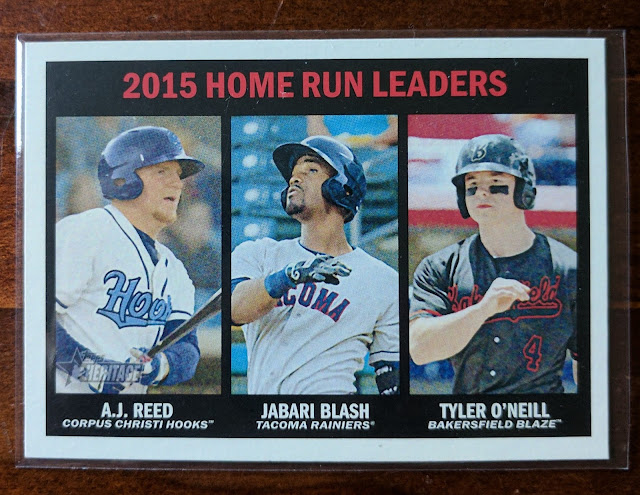 Here's a card I bought to add another Jabari Blash to my Blashlection. (I also kinda collect AJ Reed.)

Blash is a guy who launches many massive dingers in spring training, making those stadiums look like pale shelter, but once the season starts, he gives me cold hands. Hopefully he can deliver this season when the Padres ask for more and more out of him.

"Everybody Wants to Rule the World"


I'll never forget that day in the mid 80s when I was a kid at Aquaris Roller Rink for a friend's birthday party and "Everybody Wants to Rule The World" came on over the sound system. For the first time in my young life I realized what an amazing thing music was. The song just really connected with me, as I skated ovals under the light bouncing off the mirror ball. Ever since that moment, Tears For Fears have been one of my favorite bands. 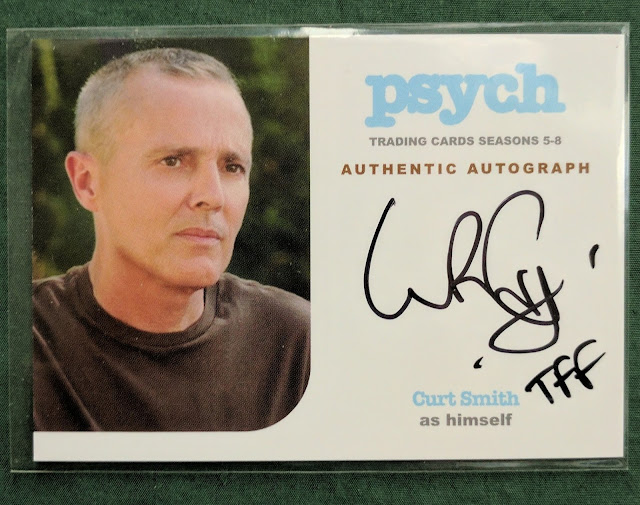 So when I saw an autograph card of singer Curt Smith featured on Sport Card Collectors not long ago, I made it a mission to land myself a copy. It didn't take too long for me to snag one at a decent price (under $7 shipped) on eBay. I've never seen the show Psych, a guest spot on which brought about the card, but I'm interested in checking it out, so hopefully it comes (back) to Netflix streaming one of these days. And I'd love it if Roland Orzabal eventually got a certified autograph card too so I could complete the central duo of the band, but it doesn't look like he's got any official autos out there at the moment.

I was gonna end this post there, but let's have one more...

"Sowing the Seeds of Love" 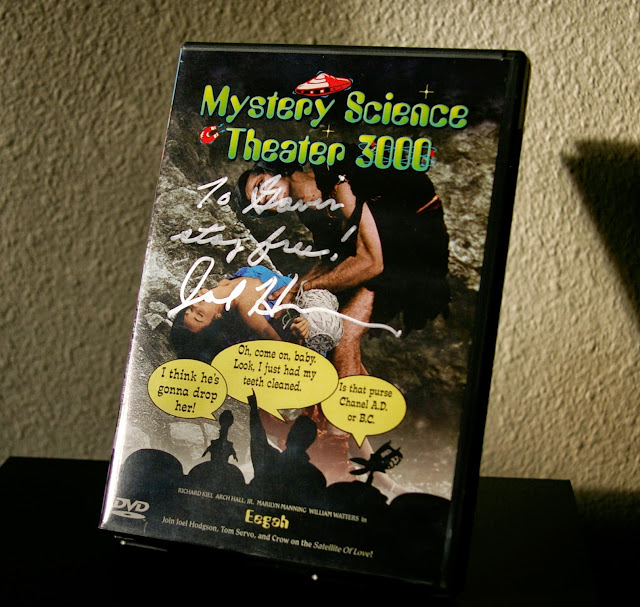 Hey, speaking of Netflix, Mystery Science Theater 3000 is back today! Sowing the seeds of love up on the Satellite of Love. Good enough excuse to repost a favorite piece of my autograph collection, my DVD signed by Joel, originally posted about back in October 2014. The new version of the show actually premiered last night at midnight, and I even stayed up late but forgot to watch it. Luckily my work closes for Good Friday since the stock market's closed, so I have the day off. Had a fun day bowling with my wife and hanging out.. and now just about to check out the first episode.

Thanks for reading! Have a great weekend. TFF 4EVER!
Posted by defgav at 4:25 PM