this trade roundup keeps it poppin'

Let's run through the incoming cardboard I've received over the past couple weeks through the kind folks on the cardsphere.

Spiegel83 of the dormant blog Nomo's Sushi Platter spoke up for an available Nomo #'d insert I posted about after my last card show. I sent him the card and a few others I thought he might dig in a Dodgers-centric PWE, and he returned fire with a big package full of a bunch of guys I collect. 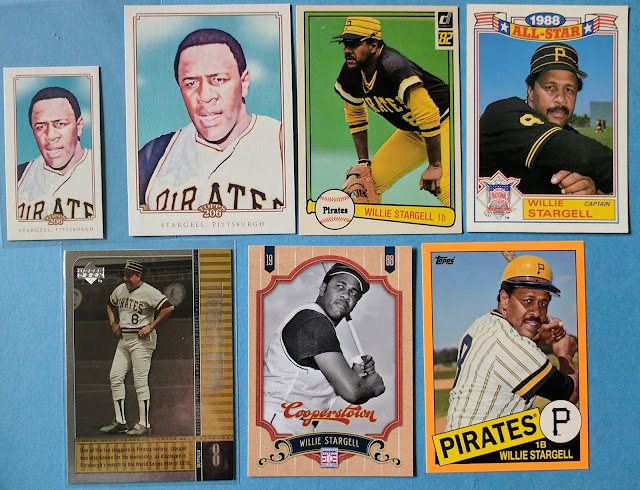 Great lot of Pops. I think that last card there my first ever Day-glo parallel, a retail-only gimmick from 2013 Archives that didn't really catch on. Pardon the pun, but it definitely pops in-hand. 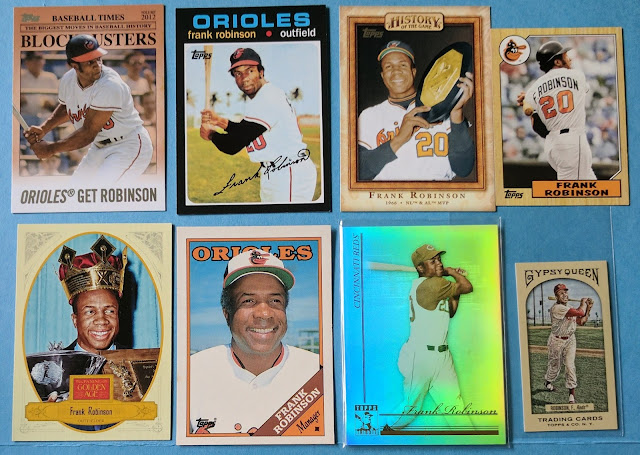 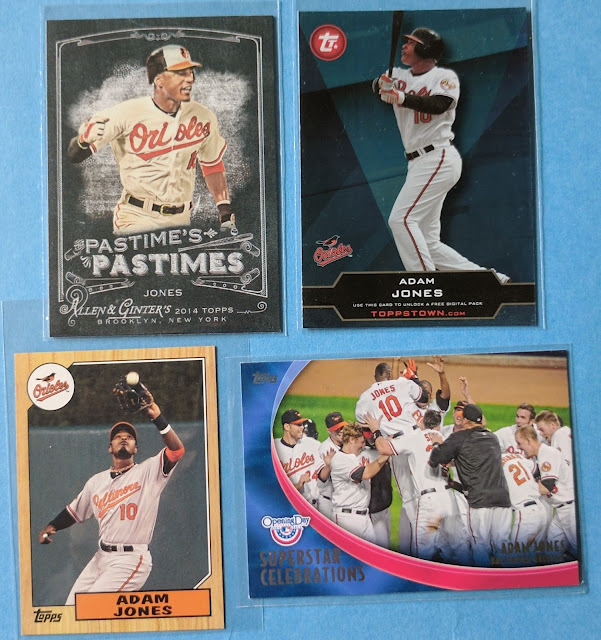 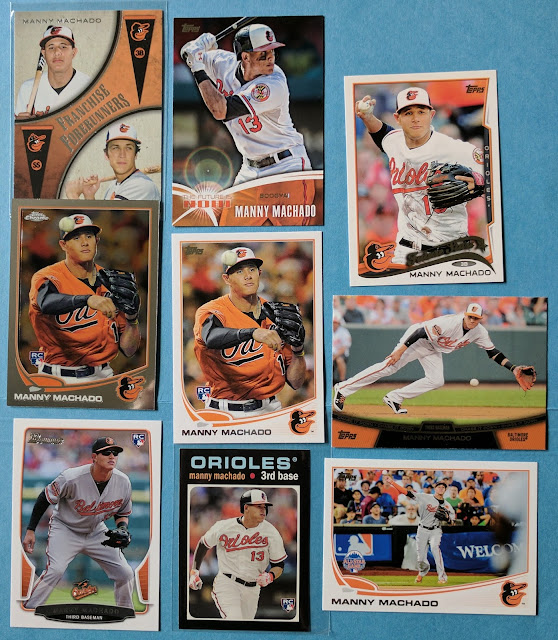 The Orioles keep coming with a terrific Manny Machado lot. 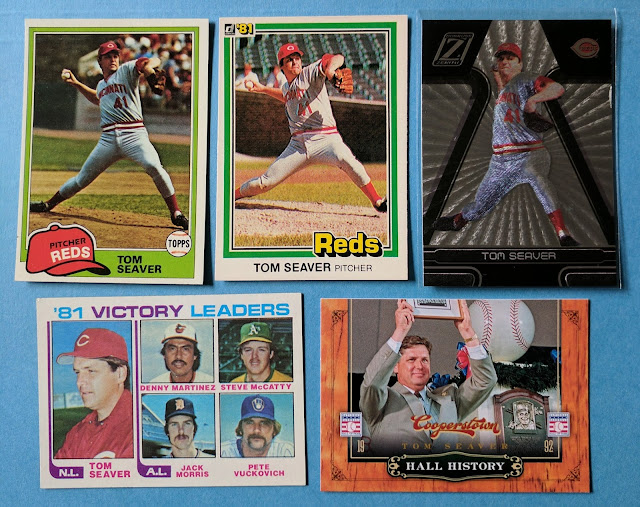 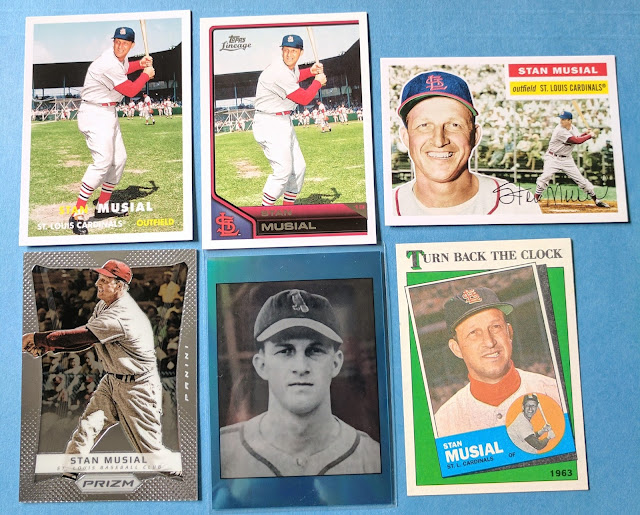 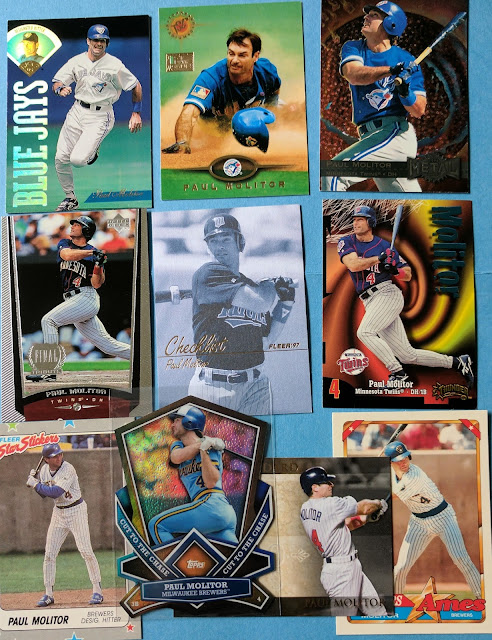 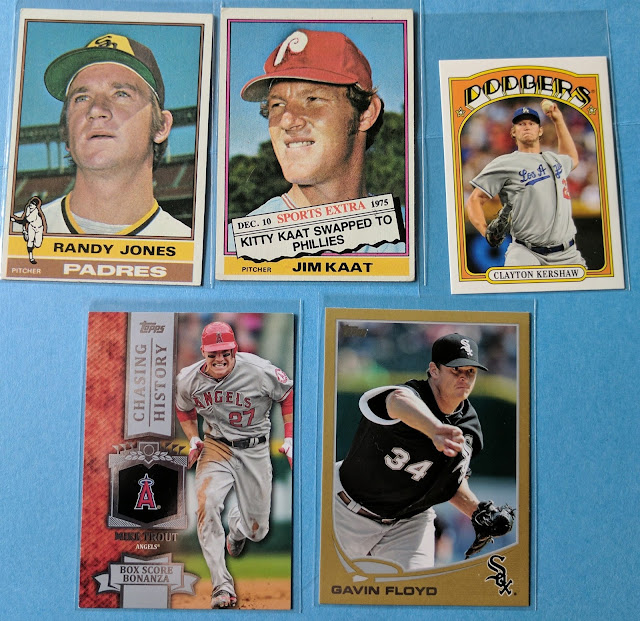 And here's the "miscellaneous" grouping to close the package. You know, just these 5 cards alone would have been a fine return for what I sent him. Very generous.. Thanks a lot for the trade, man!

So I got that above package over a week ago, then it was quiet for several days until a flurry of unexpected PWEs graced my mailbox late this past week.

This one here is from GCA at The Collective Mind. 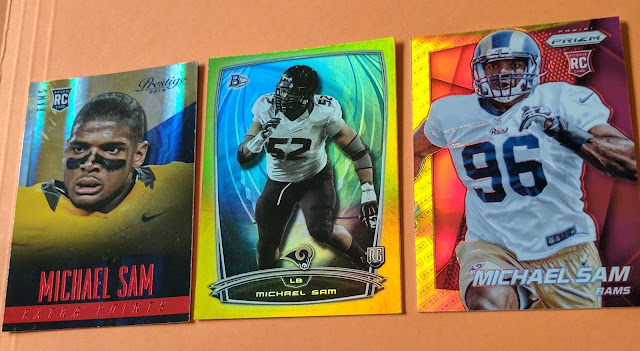 This one is a trip. I received this card on 4/20, just hours after posting my Bake McBride PC. GCA posted a comment on that post saying he might have a 1981 Topps Coke card for me. And I'm not sure what time-traveling magic he's got, but yep, here it is.

Thanks, man! I'll try to hit you back with something soon.

Next is a PWE from John Miller at Johnny's Trading Spot. He's relentless!

Three cards of Josh Donaldson, including a card that says Memorial Day on it. Topps, if you want to do an insert set for Memorial Day, howbout photos of guys with their hat over their heart during the anthem? That'd be cool. But this is just another generic insert.

And a Hoyt and a couple Gavin Floyd cards. I'm at the point where I seem to have most of the readily available modern Hoyt cards and flagship Floyds, though I think I needed 2 of the 3.. so, not bad.

Thanks, John. I have not made any progress on your customs since the last PWE you sent me, it saddens me to admit, but they are on my to-do list and I'll do ya right when I get around to sending you cards.

Finally, a one-card surprise from Judson at My Cardboard Habit. He recently busted a couple boxes of Gypsy Queen and landed a card he rightfully thought would go well in my collection. 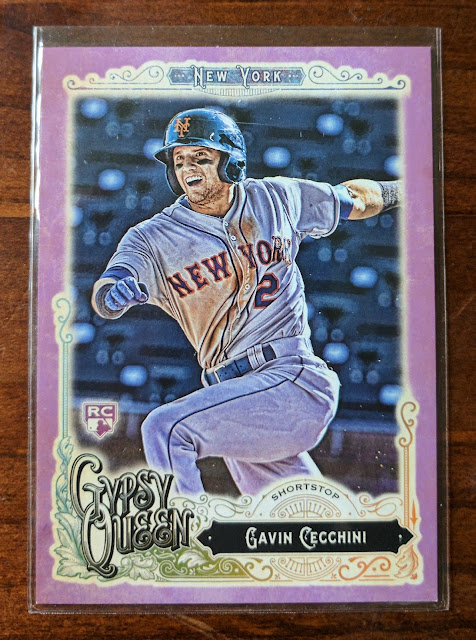 My first 2017 Gavin! And my first in-person look at 2017 Gypsy Queen. I've been tempted to pick up a blaster of the stuff, but have resisted, as I'm trying to cut down on retail card purchases this year, relying on my Black Friday haul from last year to get the occasional ripping fix.

Back to this card, it's a /250 parallel of Gavin Cecchini. He's currently in AAA, but with Jose Reyes' struggling, he might get called up to fill an infield spot for the Mets soon.

Sweet card! Big thanks, Judson! I'll send you back something soon.

Thanks again to these guys who sent me cards, and thanks you the rest of you for reading.
Posted by defgav at 8:13 PM