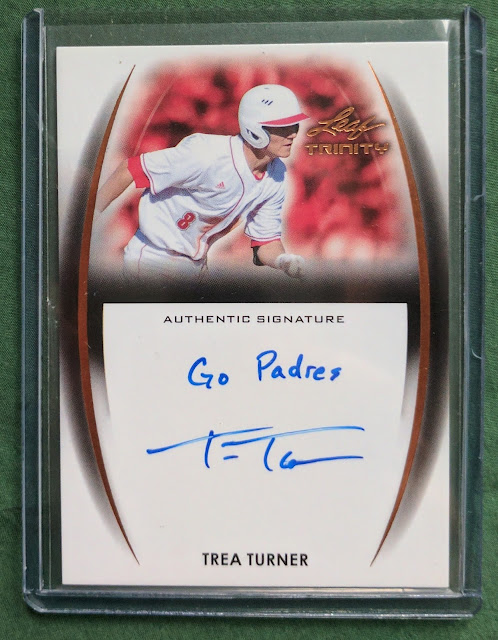 Pretty funny that Wil Myers hits for the cycle then a few weeks later, the kid the Padres gave up to get him does the same (in the same order, also at Coors Field). I didn't want to collect Trea Turner at first, bitter at the shortsighted move of dumping the best homegrown prospect San Diego has had in a long time. But I kept coming into his cards, partially thanks to traders dumping their Padres cards on me, plus he's becoming one of the best young stars in the game, so I eventually gave in and added him to the ever-growing list of guys I collect.

I'd been waiting for an excuse to show off a couple nice cards of his I've picked up, so let's take a look at my modest Trea Turner collection as it stood on 4/25/17 when he became the third National to ever hit for the cycle. 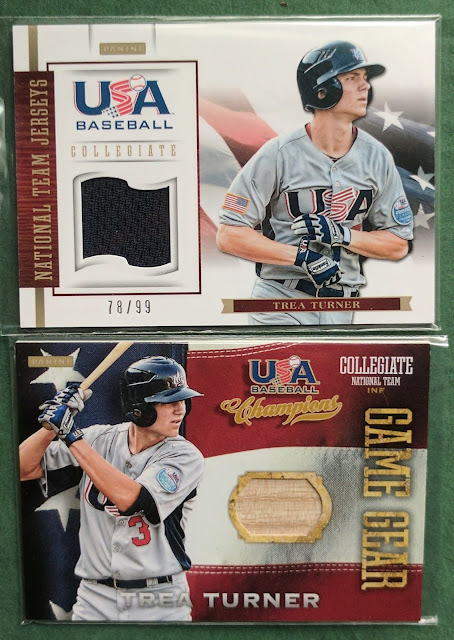 This partial rainbow of 2014 Bowman came to me courtesy of Zippy Zappy, I believe. Would love to add a 1st Bowman Chrome auto someday (preferably a refractor), but they're pretty expensive these days. 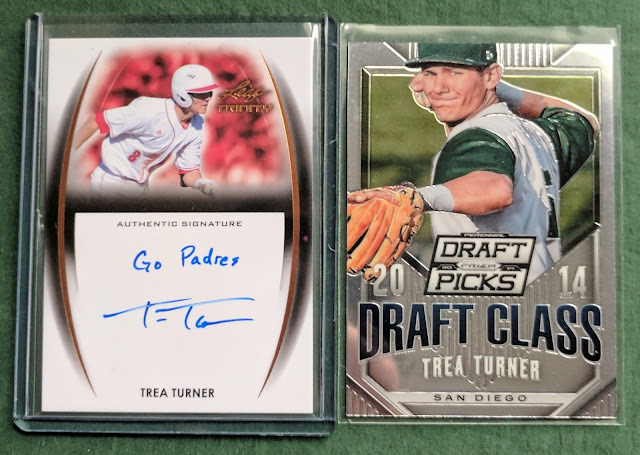 The 2014 Leaf Trinity auto is my latest Trea pickup. Love the "Go Padres" inscription, and I'd like to take this as proof that his heart will always lie with the Padres, and everyday he's crestfallen that he's forced to play for the Nats instead. LOL 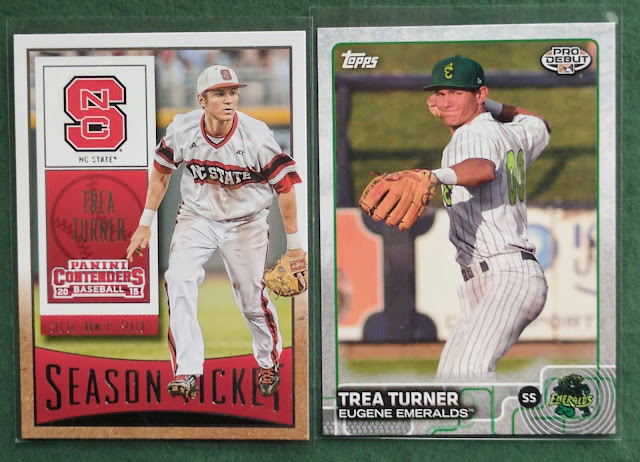 Moving on to 2015, here's another college card and a Topps Pro Debut. Notice that the Pro Debut card appears to feature a non-photoshopped version (or at least a differently photoshopped version) of the picture used on the above Prizm "Draft Class" insert. 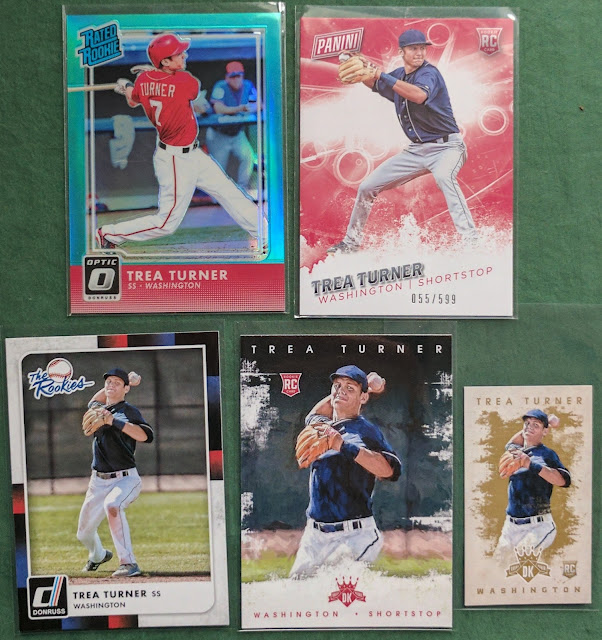 2016 is when he really started getting a lot of cards put out, as he was runner-up for the NL ROY award to Carlos Correa. My favorite of these Panini cards has to be the Rated Rookie refractor, #'d /299 on the back. 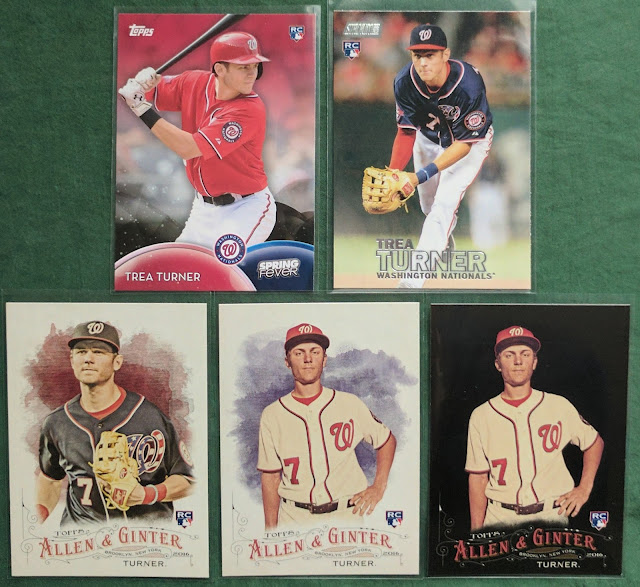 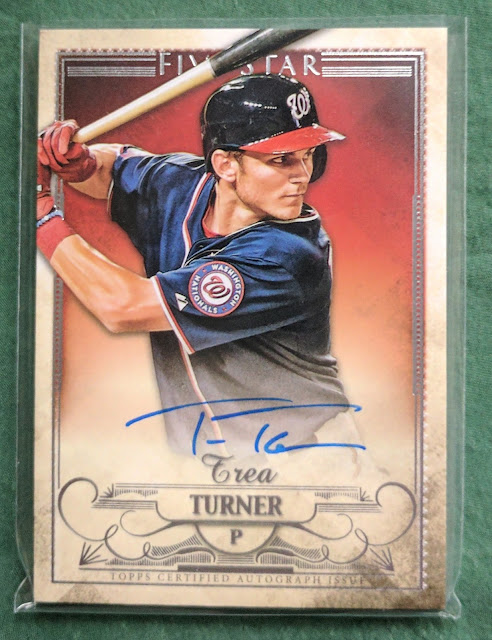 And finally, my best Trea Turner card, a spiffy 2016 Five Star auto. Look, even Topps would like to believe Trea's still on the Padres, marking this card with a "P" under his name. (ok, maybe it's just an error mistakenly listing him as a pitcher, but I like my explanation better.)

There you have it. Please trade me any Trea Turner cards not pictured here.
Thanks for checking out the post. See you next time.
Posted by defgav at 3:56 PM