I loaded up on cards of some of my favorite PC guys in my latest Just Commons order. (A cap tip to them for getting my order 100% correct this time around.) 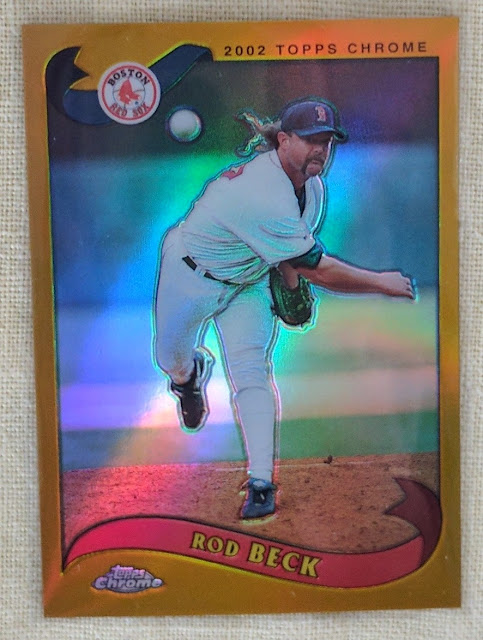 I mentioned the other day that I've really come around on 2002 Topps. I used to think the gold borders were blah, but I've come to appreciate the design as a worthy sequel to Topps' ribbon legacy, right there among 1974, 1980, and 1989. And Shooter here looks great on this Chrome refractor. 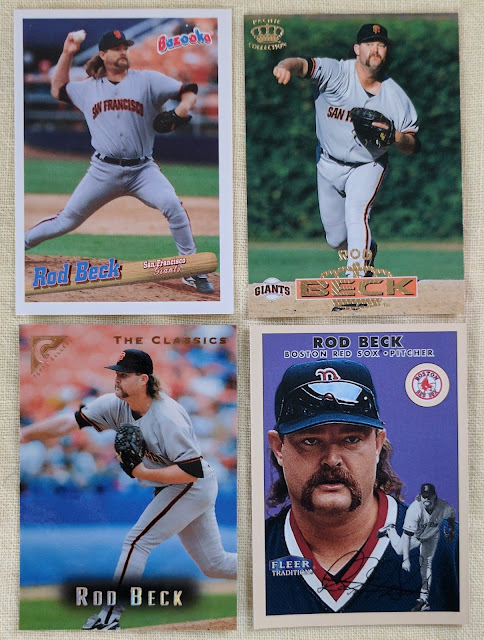 And a few more cards that were missing from my Rod Beck collection. 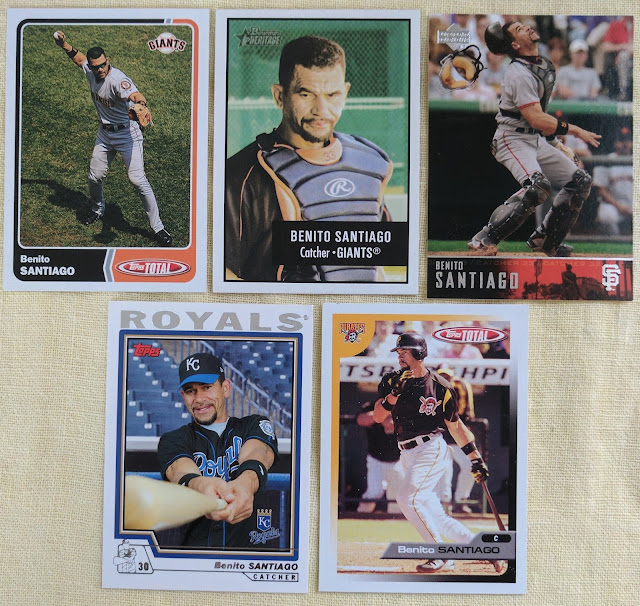 Benito Santiago is a "retired" PC for me since I already have over 100 cards from him. But dang it, most of those 100 are Padres cards from his early days, and I wanted a little more representation from the later part of his career. Here we've got 3 Giants cards, including the middle one that makes him look like a Superman villain, and a couple "short-term stops" cards with the Royals (49 games in 2004) and Pirates (6-game swan song in 2005). 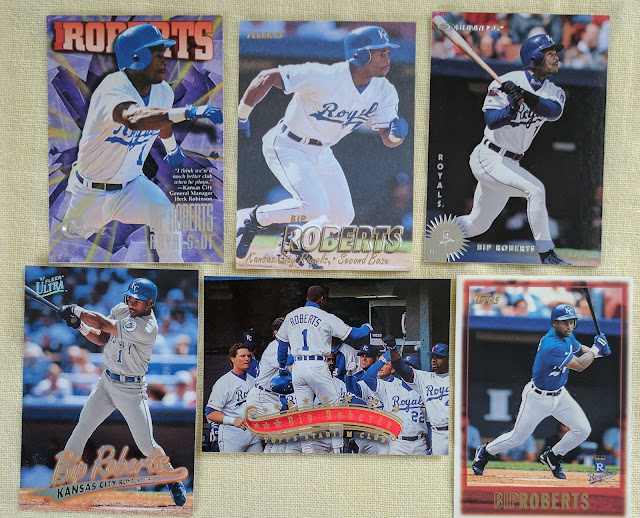 Here's a Reds card I didn't have and a couple from his days with the Tigers. 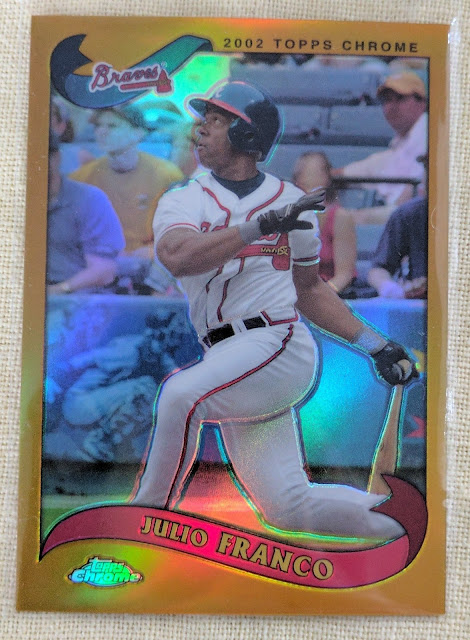 The rest of this post belongs to Julio Franco, with another lovely 2002 Chrome refractor leading off. Nice looking card, huh?!

Filling in some 80s holes. 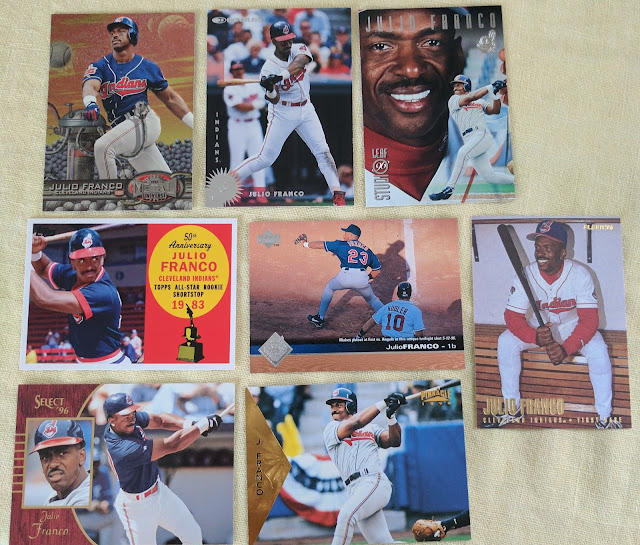 Back to the Indians for a year and a half. 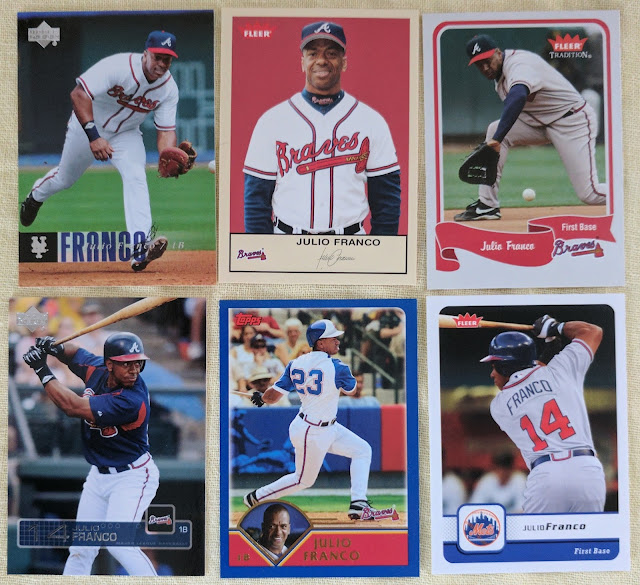 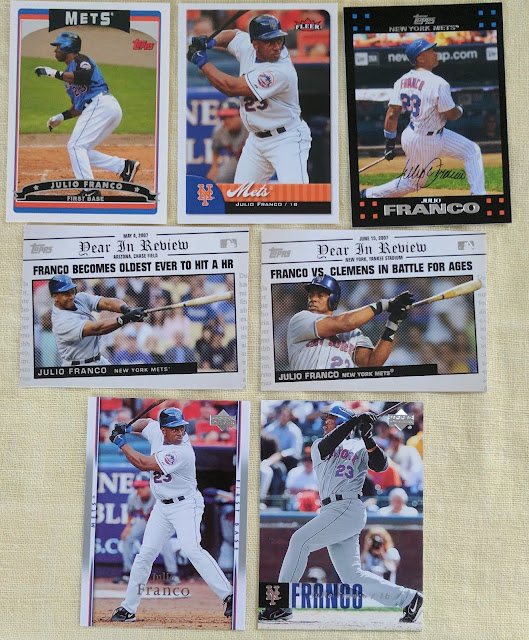 By the time Julio was with the Mets, it was like, "Can you believe this geezer is still out there getting it done?!" Quite the career he had.

That's gonna do it for today. Thanks for stopping by.
Posted by defgav at 4:44 PM