The first of two card packages to show off today was a contest win from Cardboard Hogs. He recently ran a semi-secret contest-- that is to say that "CONTEST!" wasn't in the post's title-- and I ended up winning by default as the only contestant in his guessing game. Perhaps his blog is still building an audience. You should check it out. His main collecting focus is Washington Redskins, but he also collects baseball and has a big wantlist so hit him up for a trade.

Oh, and he's another Portland, Oregon based card blogger! Funny enough, I think Portland has the most active card bloggers of any city, with at least 4. There's me, Padrographs Rod, Cards on Cards Kerry, and now Ken at Cardboard Hogs. Maybe a couple more not coming to mind. If you count entire states, New York and Illinois might have more bloggers.. but more in one city?

I haven't had the pleasure of meeting Ken in person yet, but we'll probably bump into each other at a card show one of these days. (We almost met up at the recent show, but he was unable to make it.) It's cool to read his card show recaps, since we go to the same show and I know exactly who he's talking about most of the time when he talks his interactions with various dealers. Neat to get another perspective of the show.

Anyways, yeah, he sent a sweet prize package crosstown this past week. Let's check it out. 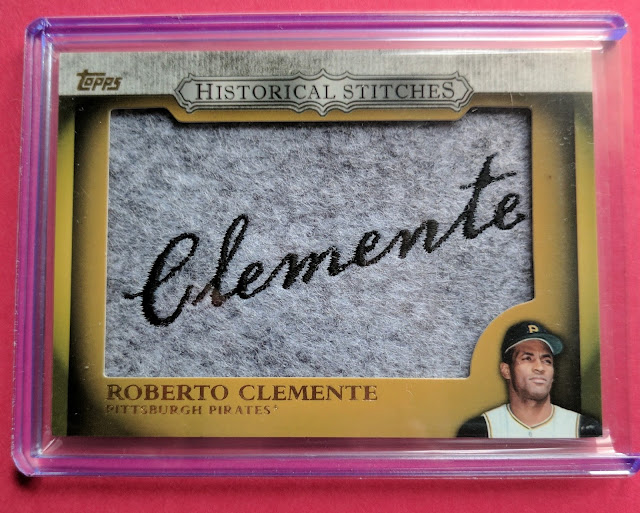 The back of this card states this relic is from the boxer shorts Clemente was wearing the day he got his 3000th hit. Nah, I'm just kidding, it's a manufactured patch. But still cool! I think this might be my first "hit" of Roberto, since autos and game-used relics aren't exactly plentiful. (I did toy with the idea of bidding on a cut-signature Clemente a couple weeks ago, but unsurprisingly it rose out of my price range pretty quickly. Maybe someday.) 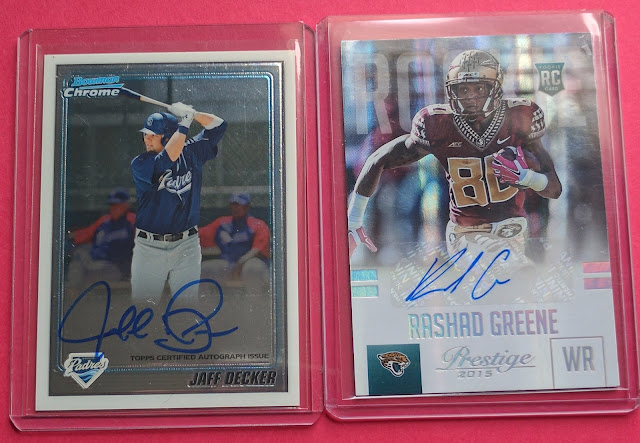 A couple more hits highlight the package. Jaff Decker is yet another #1 draft pick that didn't pan out for the Padres. At least he cracked the majors and is still kicking around the game. Plus gotta love the funky name Jaff. Nice Bowman Chrome auto.

As for the Rashad Greene auto, what makes it a bullseye for my collection is that it's #'d 12/25 on the back, and you know I loves me some Christmas Cards! 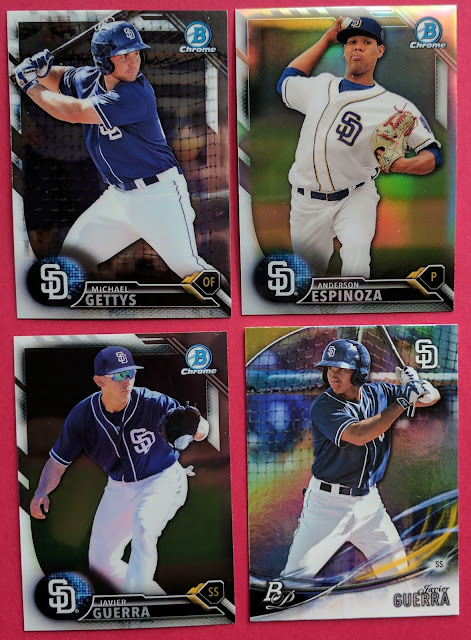 Some recent Bowman Padres, including an Anderson Espinoza refractor. 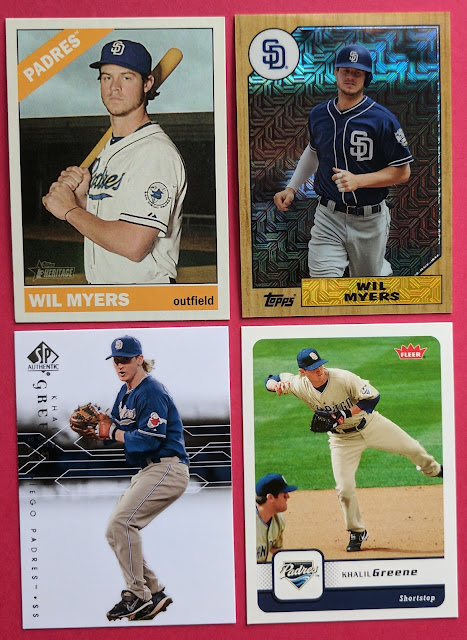 Pairs of a couple of my favorites, Wil Myers and Khalil Greene. 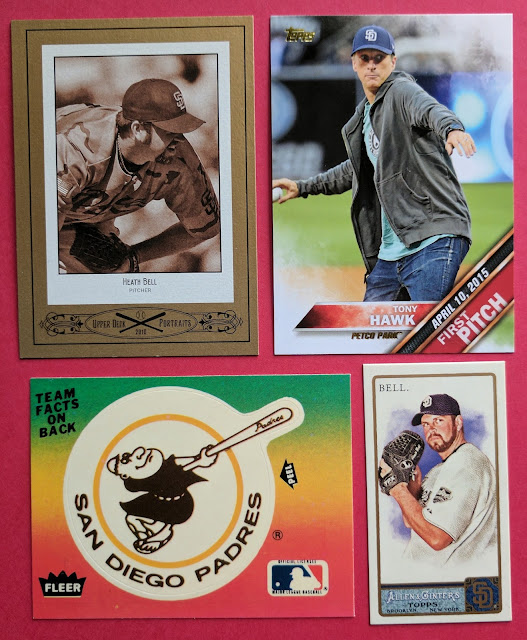 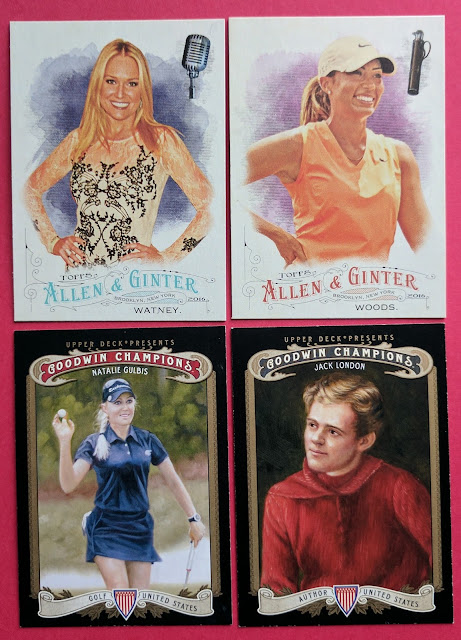 Ken finished with some candidates for my collection of pretty girls on cardboard. ..with Jack London getting an honorable mention for his lovely locks.

Great stuff.. Thanks again for the contest, Ken!

The other package to show off was also my first time getting cards from a guy. Matt Prigge has a new blog called Summer of '74. He's a Brewers fan who's also a set collector. He dropped me an email saying he had a stack of cards of guys I collect and was just looking for recent Topps flagship in exchange, as he prepares to work on completing those sets. Sounded good to me! 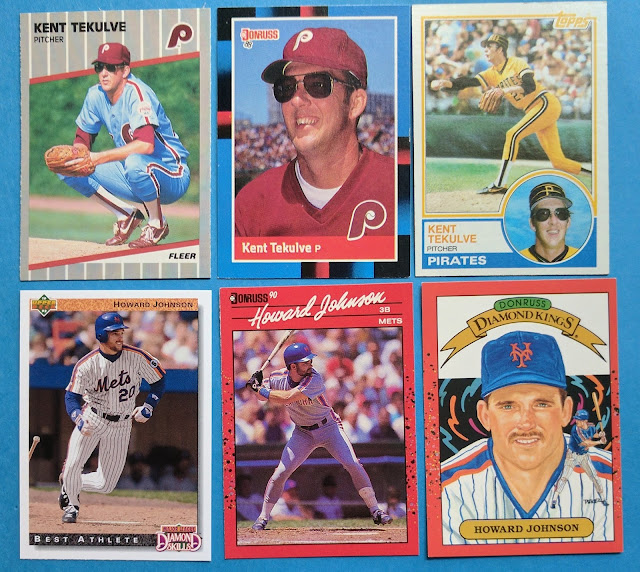 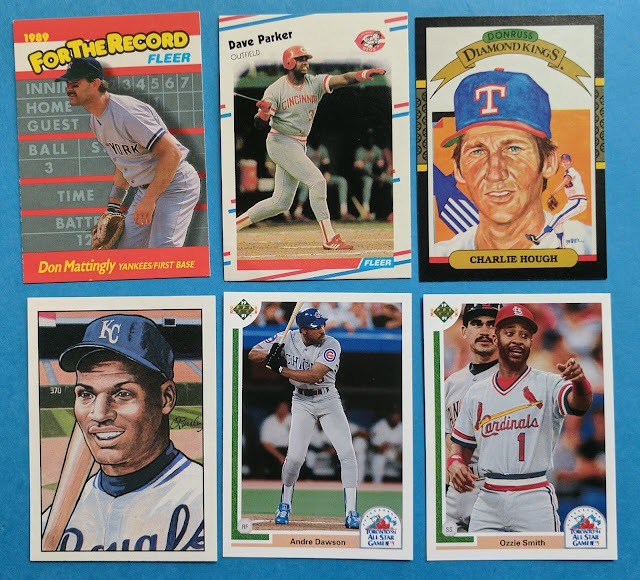 Some more stars of the overproduction era. 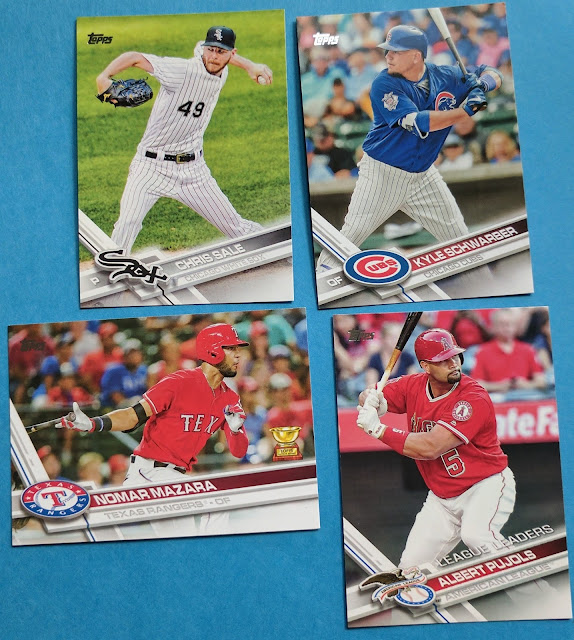 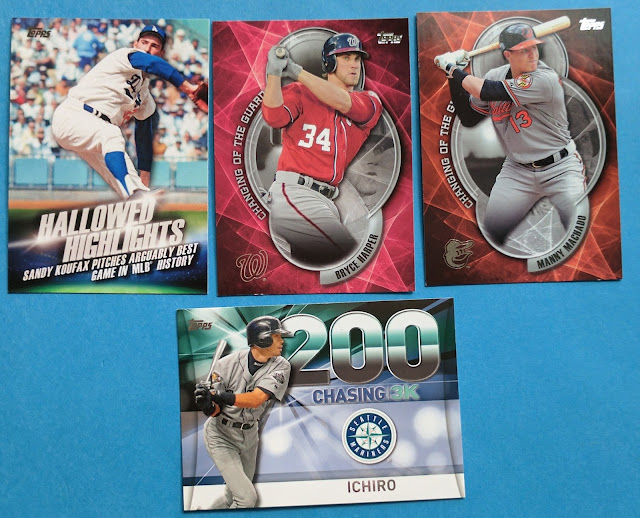 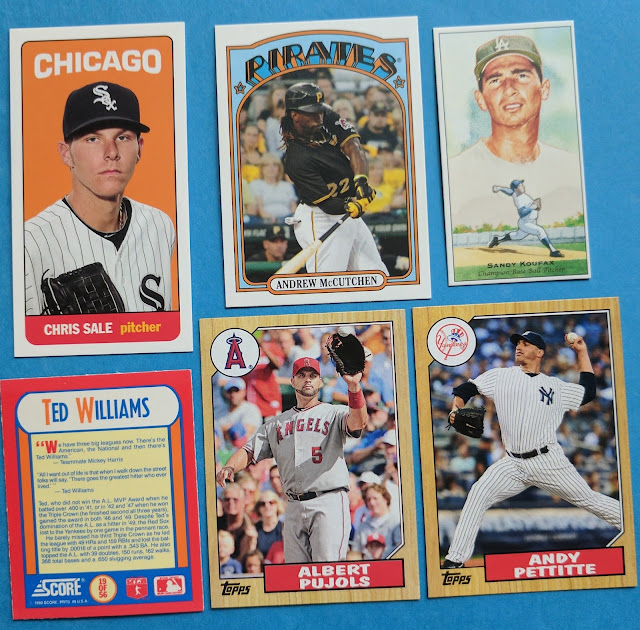 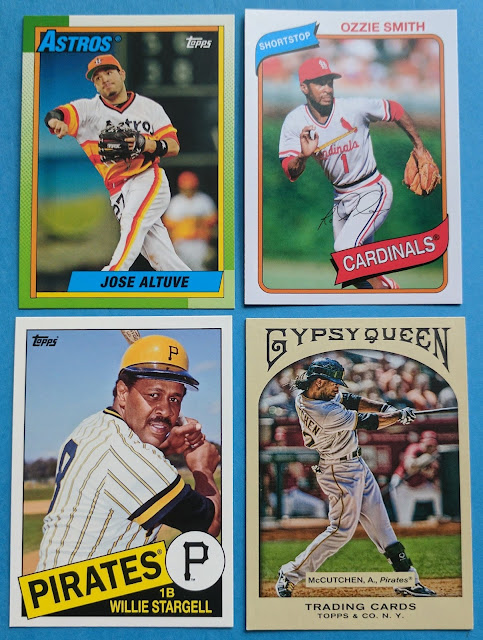 Archives and a Gypsy Queen. 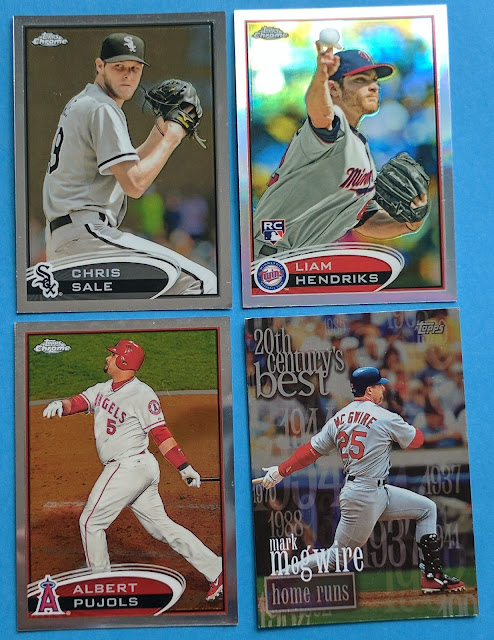 Some 2012 Chrome and a McGwire insert. 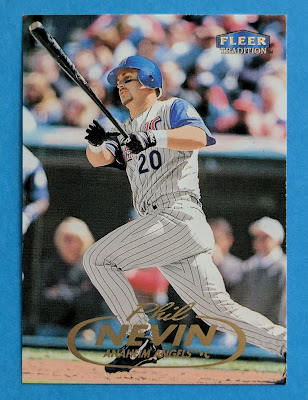 This last one might be unassuming, but it was likely my favorite card of the package. It's my first card of Phil Nevin from his one season with the Angels. Now I've got a card from all 7 MLB teams he played for in his career, though the vast majority of the PC are Padres cards. (Update: watching the Giants @ Dback opener right now.. Nevin is SF's new 3rd base coach?! Cool. Reunion with Bochy. I mean, I still hate the Giants, but good for him.)

Very cool bunch of cards! Thanks, Matt! I'm working on a return package for you right now and plan to put it in the mail early in the week.

Happy start of the new baseball season, everybody! May all your favorite teams prosper!
Posted by defgav at 1:26 PM