The Dude That Topps Forgot

One mini insert from 2017 Allen & Ginter that got some attention was the 45-card World's Dudes set. When many of us think of notable dudes, the 1998 cult classic The Big Lebowski comes to mind, with its protagonist who goes by "The Dude." But alas, Ginter neglected to include The Dude this time (though actor Jeff Bridges did have a first-pitch insert a couple years back). I thought it'd be fun to whip up a custom mini for The Dude. 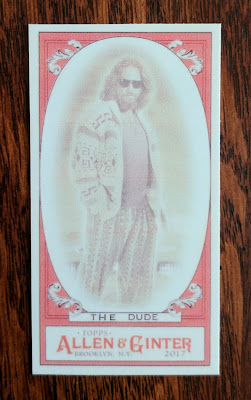 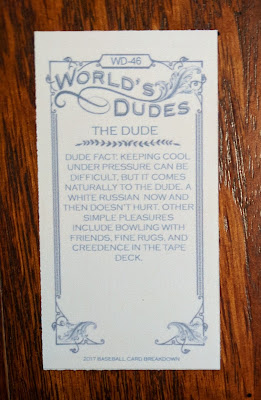 So there's that. Kinda neat.


And I've got couple other recent creative endeavors of mine that I haven't gotten around to posting about yet, so I'll piggyback them on this post. 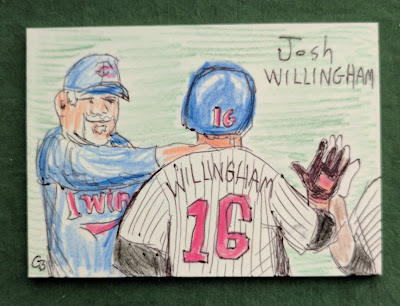 Here's a Willinghammer sketchcard I made a while back to include with my World Cup of Trading entry for Wes. Not my best work, but I like Ron Gardenhire with the congratulatory pat on the back. 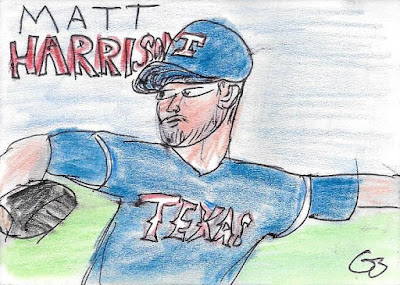 And here's a Matt Harrison sketchcard I made for Judson at My Cardboard Habit. 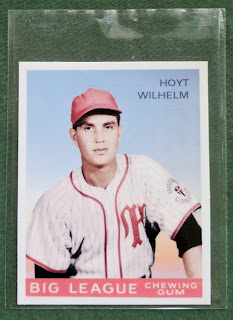 Here's a Hoyt Wilhelm custom I whipped up a month or so ago featuring him in his Cuban winter league uniform, something I've never seen on a real card. One of my better coloring jobs on a B&W picture, I'd say. I guessed on the red (having no idea what old Habana uniforms looked like in color), and later happily discovered I was correct. Above is the "reprint style" version, and below is the "vintage style" version. 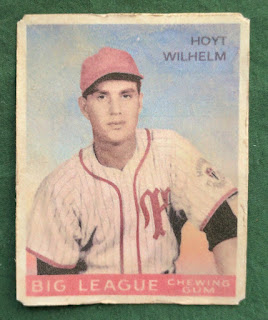 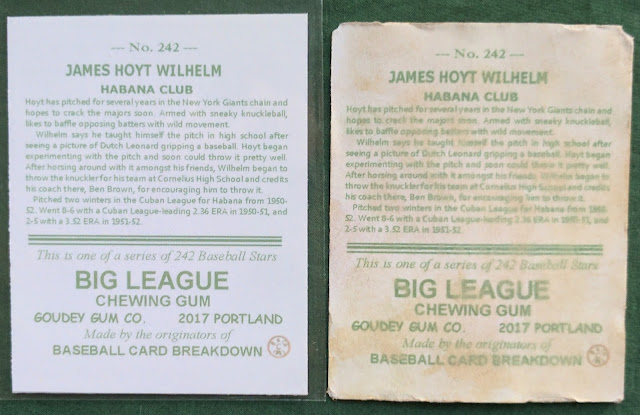 I know the 1933 Goudey design doesn't really make sense for a fantasy card pretending to be from early 1952 per the write-up on the back, but whatever. I like it.

So there you have it, a couple recent customs and sketchcards. Thanks for reading!
Posted by defgav at 3:24 PM