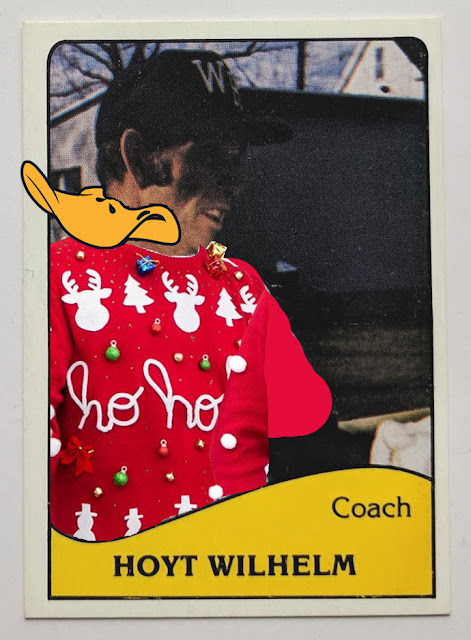 Ho Ho Hoyt. This is my entry for the ugly Christmas sweater card contest over at Baseball Every Night.

I love collecting Hoyt Wilhelm, but he has a few unattractive cards, like the blacked-out caps on his '69 and '70 Topps, not to mention his most expensive card: the high-numbered 1952 Topps rookie where he's pictured with his eyes closed.

But the card that popped to mind when I tried to think of an ugly card was Wilhelm's 1979 TCMA minor league West Haven Yankees coach card with the inexplicable blacked-out face. 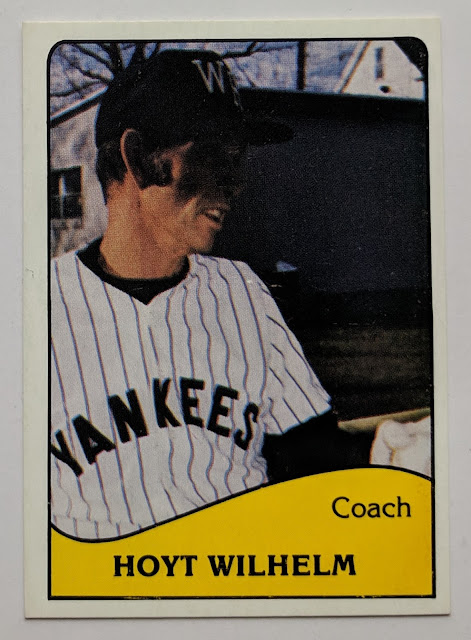 All copies of the card are like this, it's not some random printing flaw with my particular copy. I know there are plenty of cards out there where the player's face is hidden in the shadow of his cap, but this looks particularly odd. Was there some weird problem with the photo but TCMA went with it anyways? Perhaps he was in a cartoon and his shotgun misfired in his face... 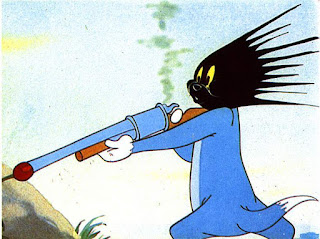 We may never know the reason behind the photo on this bizarre card, but it's a beloved ugly card in my collection.

Hey, while we're at it, let's go ahead and do an updated "PC post" for my Hoyt collection. 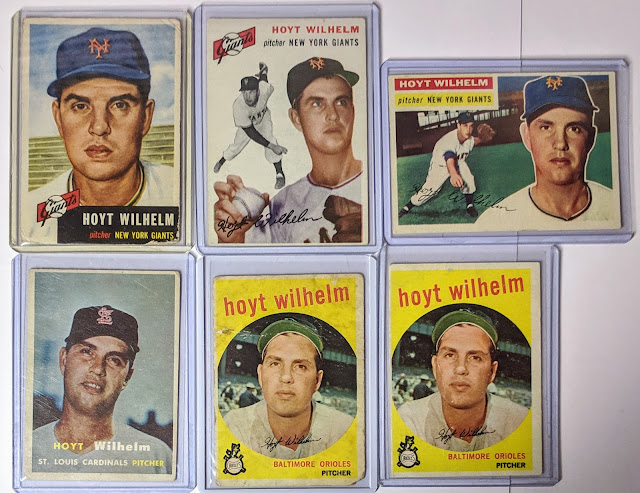 50s cards. Still missing a few. Once I get serious about collecting '59 Topps, the cleaner of the pair will probably end up in there. 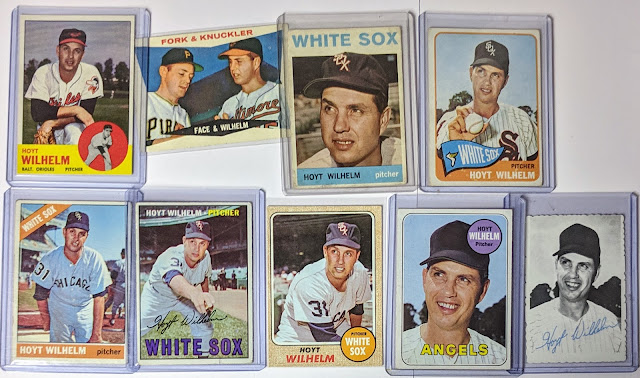 60s. Still missing the first part of the decade.

Closing out with the 70s. I'd like to complement these with their OPC counterparts, where applicable. 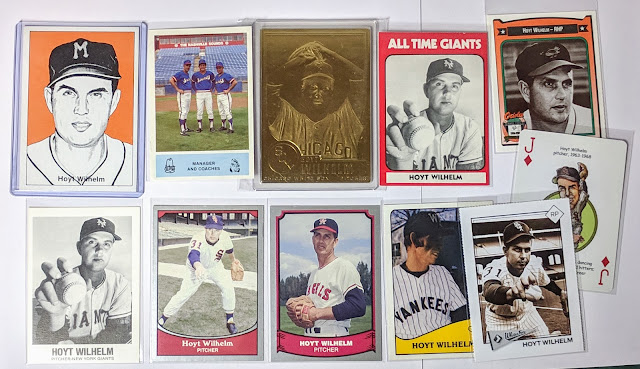 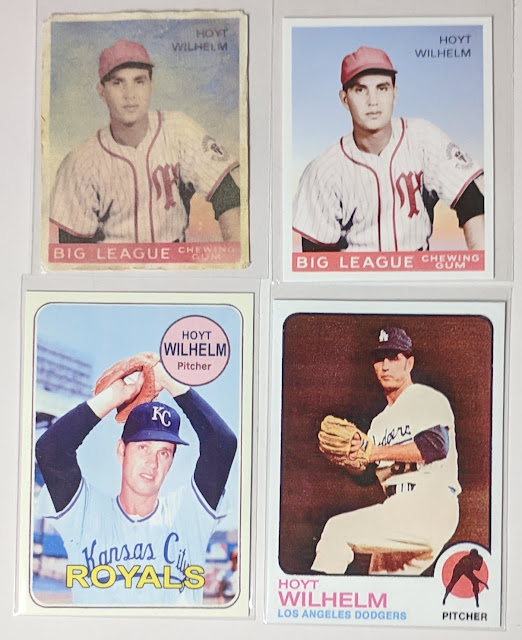 Customs I've made, including cards from his time in the Cuban winter league, his "zero year" stint in Kansas City, and a "sunset card that never was" from '73. 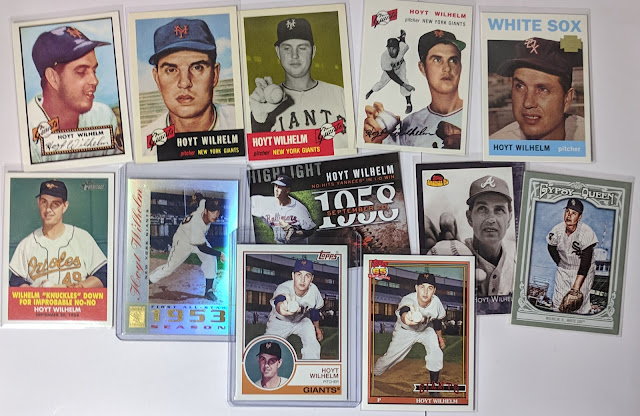 Modern Topps with a few reprints and whatnot. 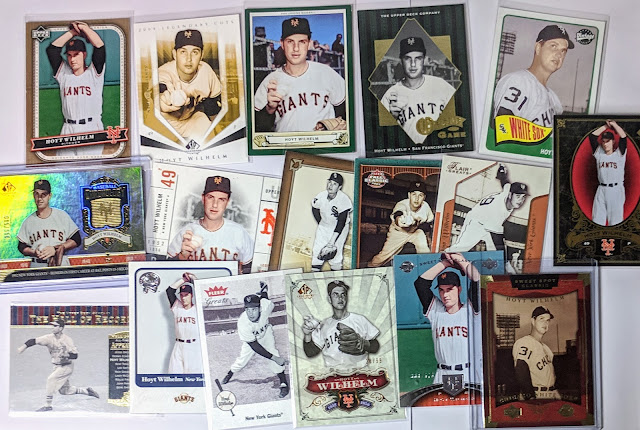 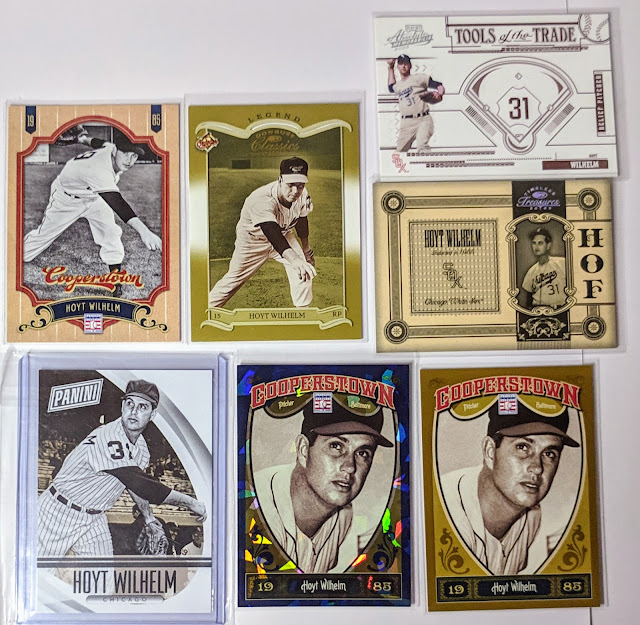 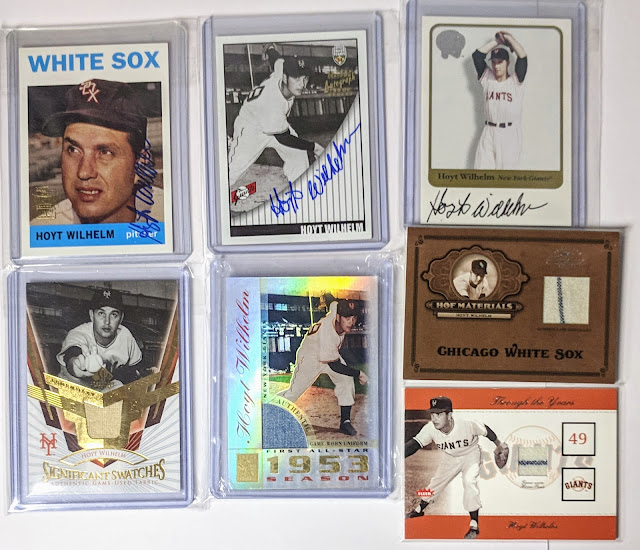 And closing out the post with a few hits.

Still a while till I hit my goal of 100 different cards, but not too far off. Looking to trade for any cards I'm missing. Thanks!

UPDATE: STOP THE PRESSES! I forgot some recent additions: 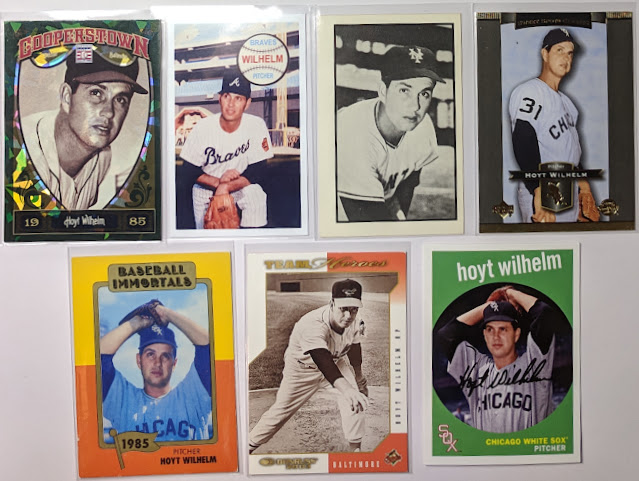 Some modern stuff, less-modern oddballs, and a custom. 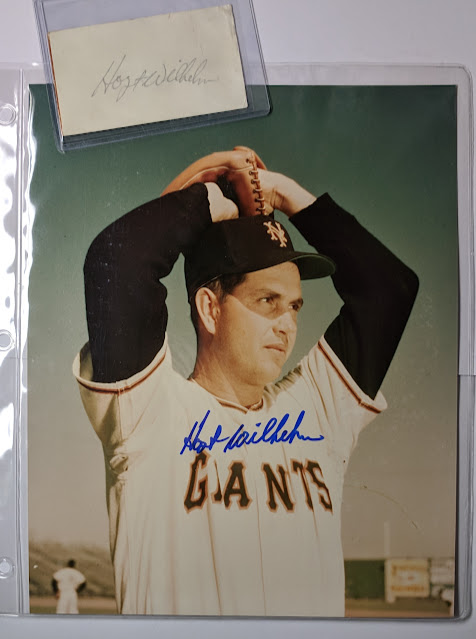 A signed 8x10 and signed back of a business card. 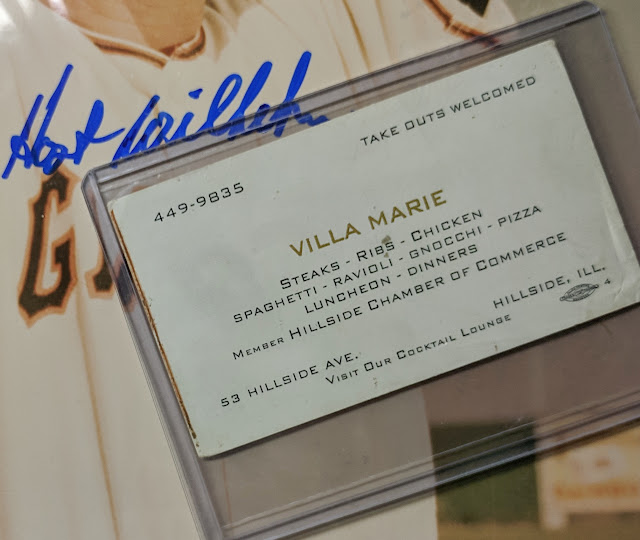 Here's the front of the business card. Villa Marie in Hillside, Illinois. Looks tasty. I picked this up cheap a while back figuring I'd make some sort of custom "cut auto" with it, but haven't gotten around to it. I may end up keeping it as-is.

Thanks for reading.
Posted by defgav at 3:45 PM