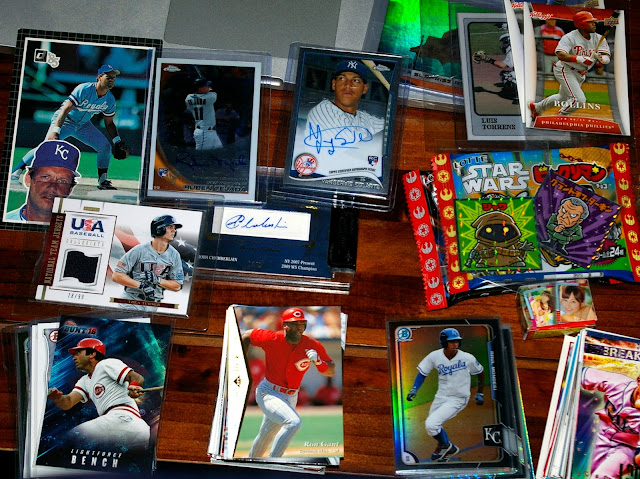 I got a nice Priority box of cards n' stuff the week before Christmas. A case of the flu and normal mid-December craziness prevented me from really delving into it much until now. Some pretty sweet stuff in here! The sender fiercely values their privacy, so I will keep them anonymous in this post. Sort of like a Secret Santa. 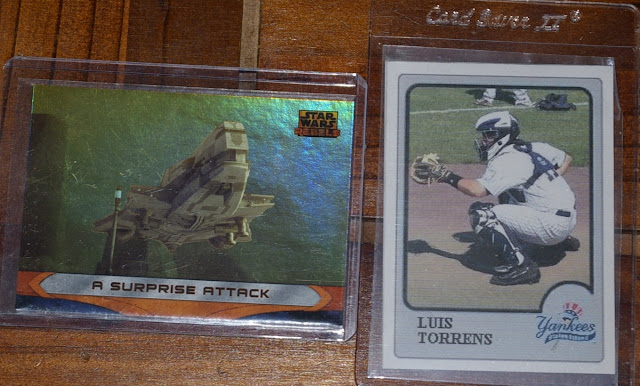 This pair of cards kicked off the festivities. A surprise attack, indeed! As a Padres fan, I'm excited to see what happens with Rule 5 pickup, Luis Torrens. 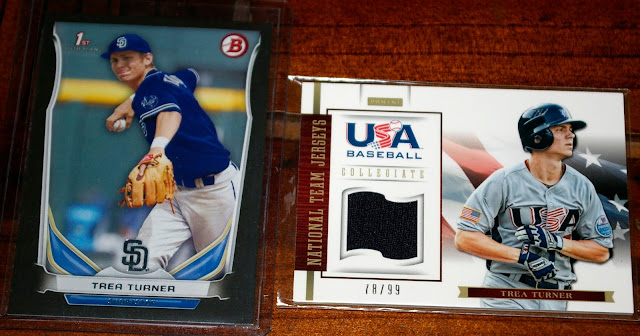 A couple of nice Trea Turner cards for the PC. Bummer the Padres let him get away. 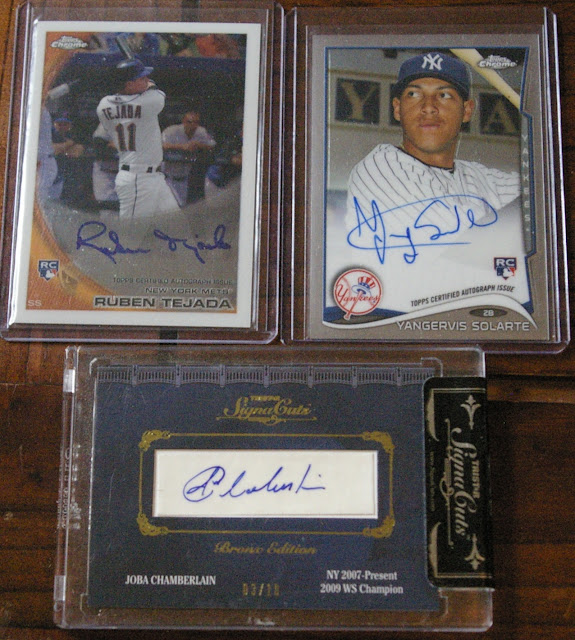 Ooh, very cool! Some autographs by way of the Big Apple. 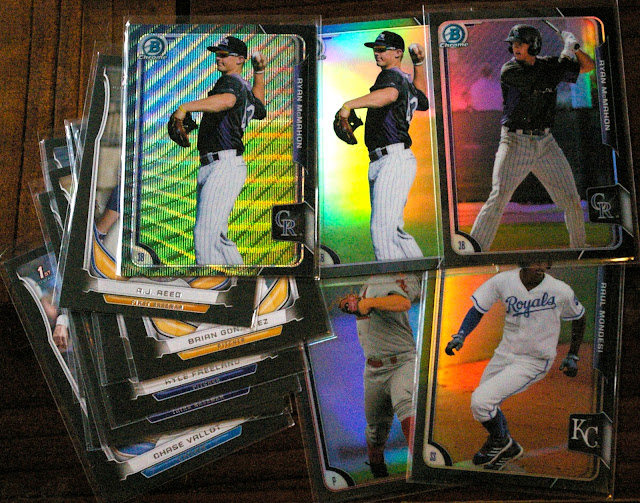 Some Asia-exclusive parallels of Bowman prospects, including 3 shiny ones from a guy named Ryan McMahon whom I'm suddenly a big fan of for the simple reason that I love those wave refractors! 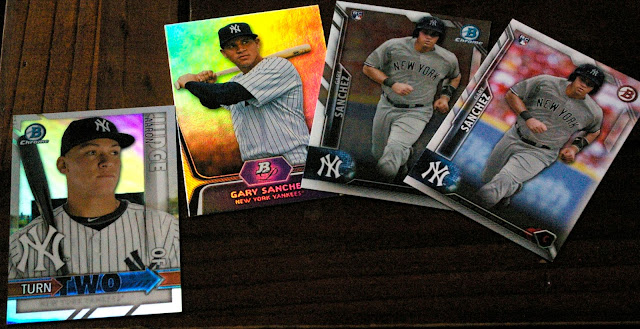 Hyped Yankees. I wonder how Gary Sanchez is going to follow up the red hot start to his MLB career. 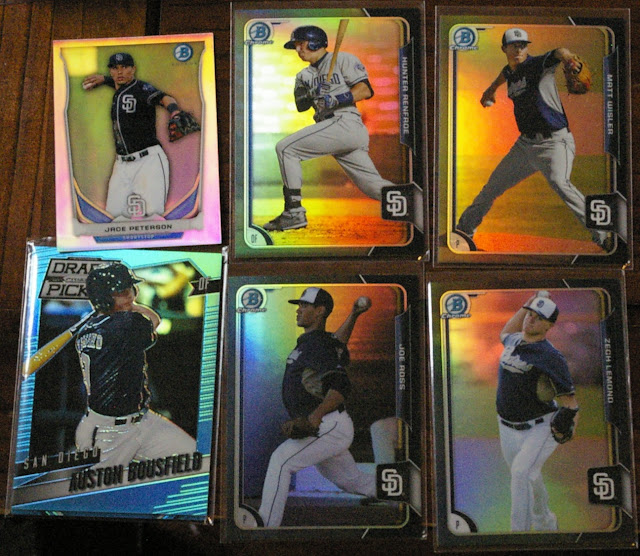 Awesome! I needed these for my Trevor Story PC.

The man or woman who sent me these cards included a whole mess of Reds for whatever reason. Well, hey, I was able to pick out a bunch for my collection! 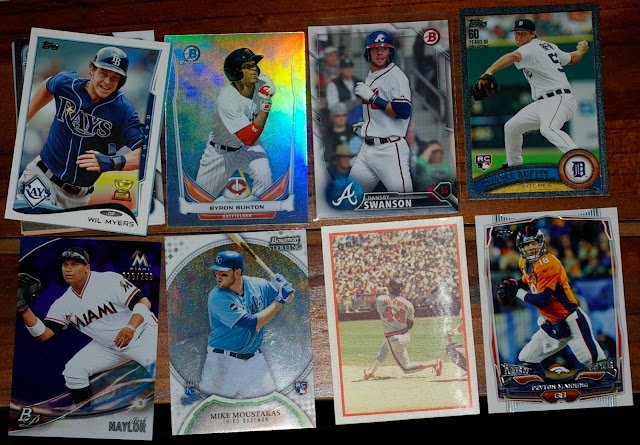 Here are some more cool random cards that this person was kind enough to share with me. Even a 2011 Topps parallel for the frankenset. 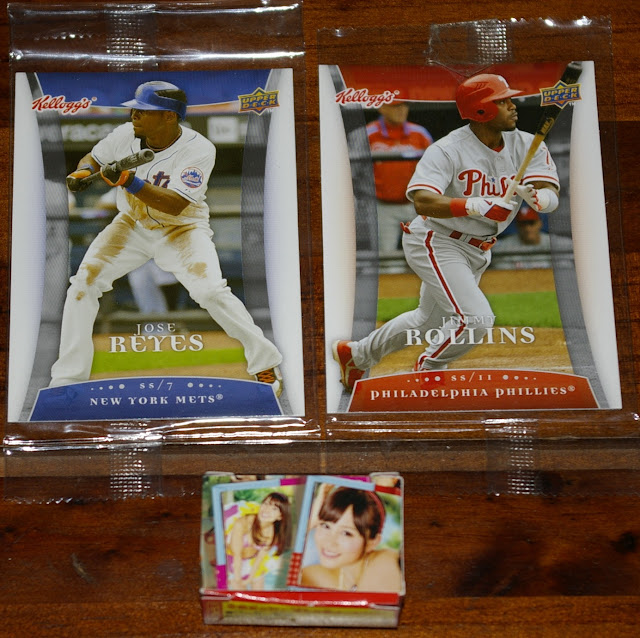 Some neat stuff from Japan, including a couple UD/Kellogg's cards and a little box. 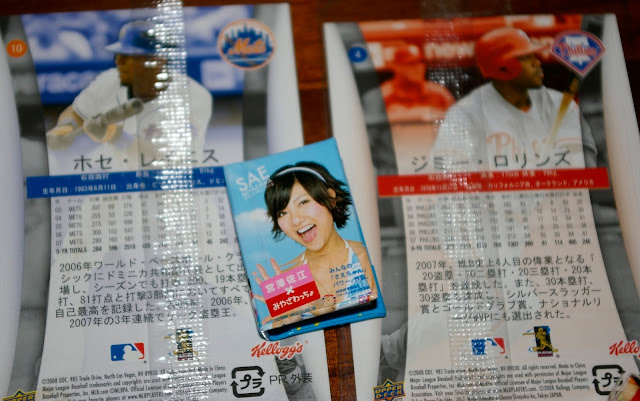 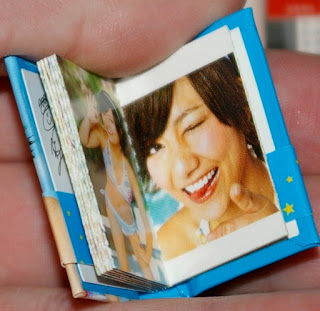 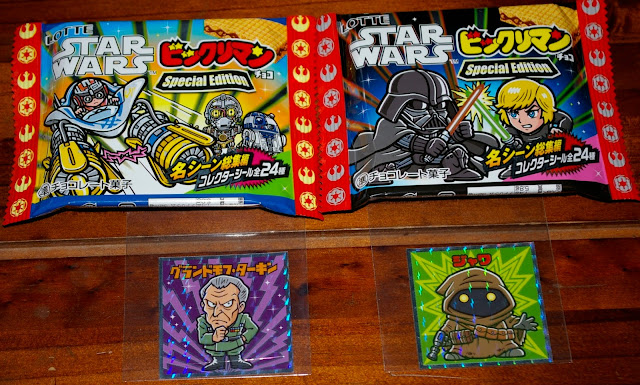 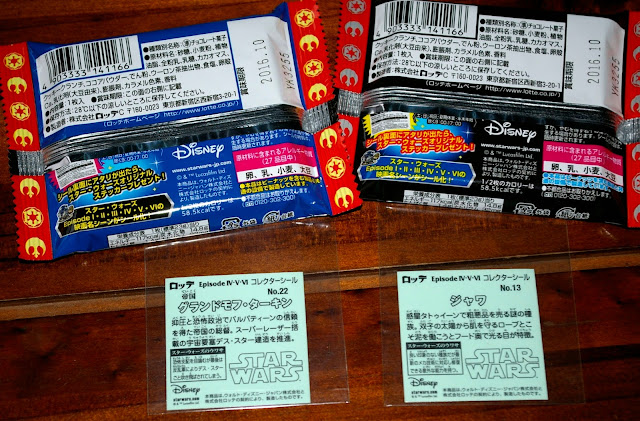 The person who sent this package included a sticky note discouraging me from eating the treats as they're kinda old, and instead suggested I just take the prize sticker inside and run. But hey, looks like the expiration date was just back in October.. not too bad. I'll probably brave a stale wafer and chomp 'em down anyway. 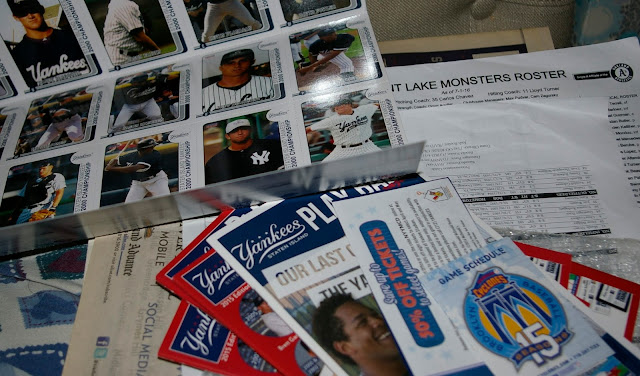 And there was a bunch of other stuff like programs and schedules. Pretty neat.

Ok, I thought I could end the post here, but I forgot about another stack of cards from the box, so here's some more stuff. 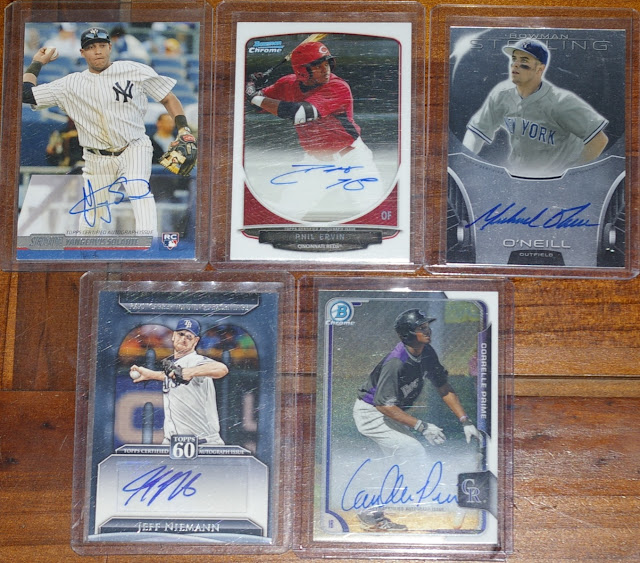 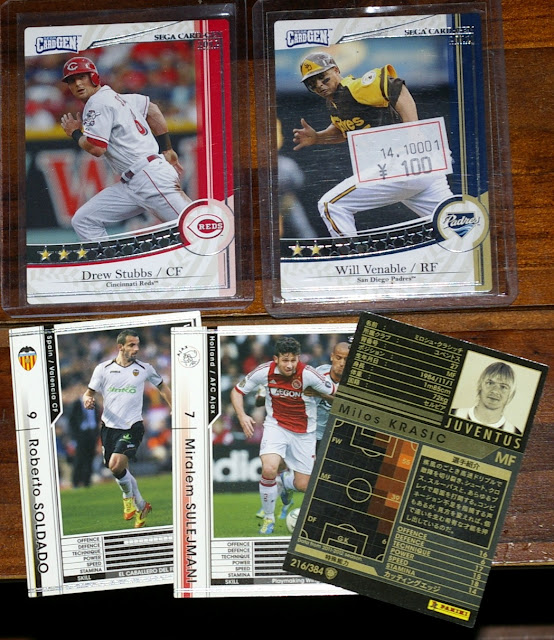 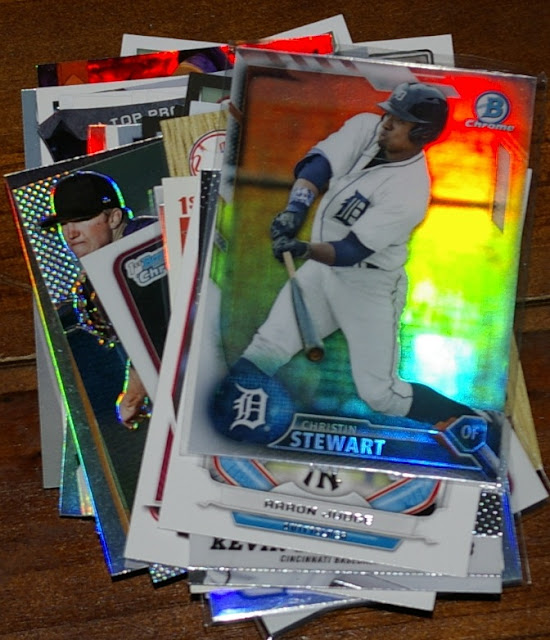 And there were plenty more cards to mention but let's wrap this post up.


Super big thanks to the kind, anonymous soul who sent me this awesome stuff!! Very appreciated, whoever you are.