I posted all my Dick Allen cards back in August. I've since gotten a few more, so here they are. 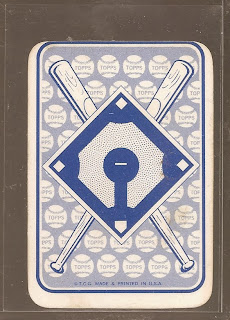 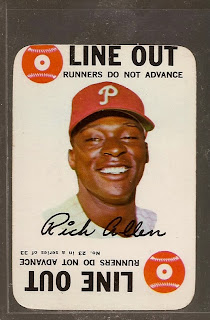 Line out?! Screw you, this is Dick Allen we're talking about here! It should read "Four Grand Slams; You automatically win; Game over." 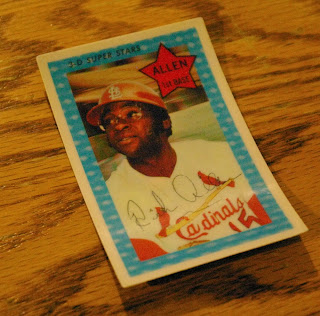 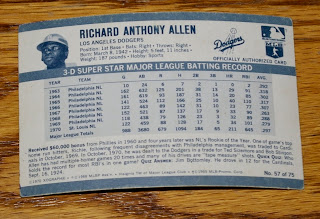 In all its curved glory, a rare card with a real picture of Allen as a Cardinal, even though the back counts this a Dodgers card. 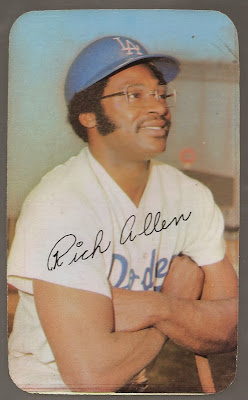 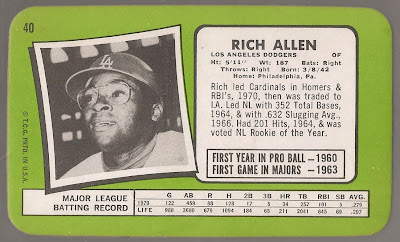 I used to think these oversized "Super" cards were dumb, but I've come around.. these things rule. Not the greatest picture of DA (here doing the Mary Katherine Gallagher armpit maneuver), but nice to get another card from his little-remembered-on-cardboard year as a Dodger.

That's all for vintage. 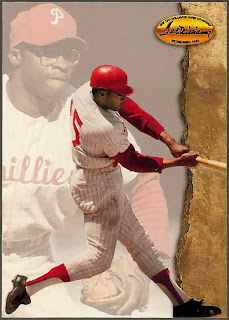 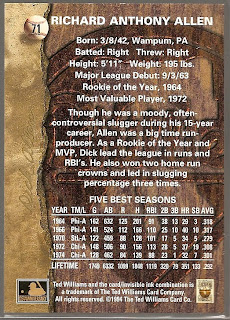 Those Ted Williams sets from the early 90s kinda puzzle me. What's their deal? This obviously ain't Ted Williams, it's Dick Allen. But whatever. These cards are actually pretty cool, as far as adding nice-looking cards of old-timers to your collection for about a dime a piece. 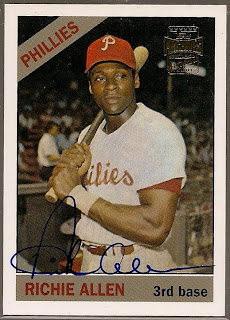 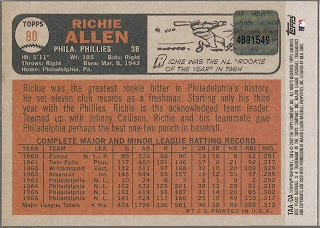 This card taunted me on eBay for months until the seller finally lowered his asking price a bit and I jumped on it. Nice card, though the auto sorta gets lost in the shadows. 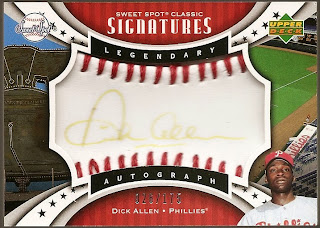 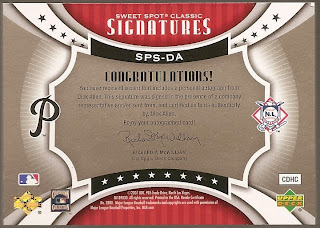 Terribly faded signature, but at least this was cheap. These cards are more like dioramas than cards, with the "manufactured relics" built into the card. But sometimes they're pretty cool. This faded one, not so much. But let's see what else I got... 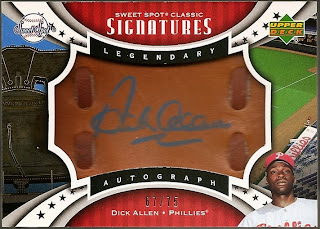 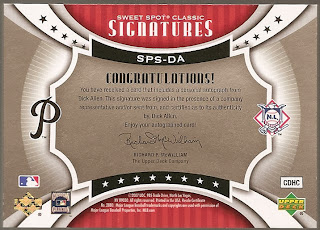 Ok, now we're moving up! A signature that's actually visible! Apart from the "relic" piece and serial number, the cards are identical, front and back. Thank goodness the ball one has a dinged upper right corner on the back or I wouldn't have been able to tell the back scans apart.

I still think Sweet Spot could do better, though... 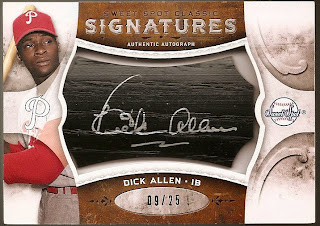 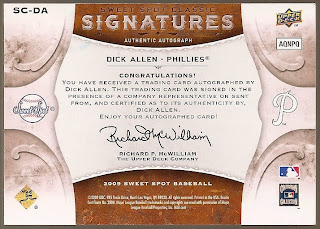 Here we go! Sweet Spot finally came through with a nice looking diorama card. While the rough bat surface might not be ideal for signing, it looks pretty cool. I'll probably call my Sweet Spot DA collection good with these 3 additions, though there are still more combinations I don't have (black baseball, natural-wood bat, black glove, maybe more? Different color inks?). So if a combo I don't have pops up on eBay and is a decent price, it might be hard not to throw in a bid. 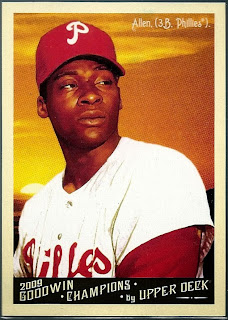 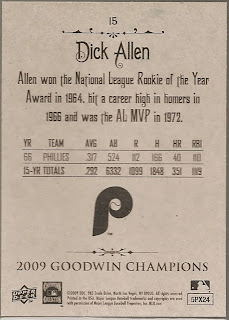 I like this card a lot. The 'shopped-in sunset background seems like a cheesy idea, but works great here, if you ask me. And Dick's "ah, hell nah" expression is classic. There's a certified auto version of this card that's somewhat of a "white whale" for me. I saw it on eBay once a few months back, dropped (what I felt was) a crazy-big bid on it, yet somebody else out there wanted it a bit more than me, and I lost out by a small margin. Haven't seen it anywhere since. Bummer. Oh well, someday I'll track it down, hopefully.

I also picked up the Dick Allen book Crash. I've only read like a chapter or two so far (I'm horrible at sitting down and reading books.. not proud of it.. just don't have the attention span for it). So far, it seems pretty good, though it's not a first-person autobiography, as I was somewhat disappointed to learn. It's more like he told some stories to the author, who passed them on to us, the reader. But yeah, good stuff.. I should finish reading it one of these days. 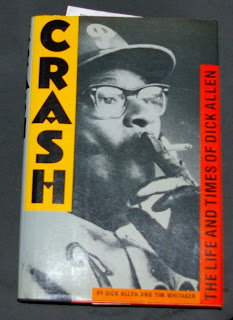 Oh, and if you read my first Dick Allen Collection post, you might remember me lamenting letting the ball I had him sign for me in person slip away. Well, I'm happy to say I righted that wrong to some extent by picking up another signed Dick Allen ball. Normally, I'm not much of a ball collector. I got rid of the few I owned when I moved out-of-state in 2009. They're just kinda bulky and unless you got it signed in person, or there's a cool story behind it, they're just not that interesting to me. But since a Dick Allen ball is a piece of my childhood, I had to pick one up when I found a good deal. 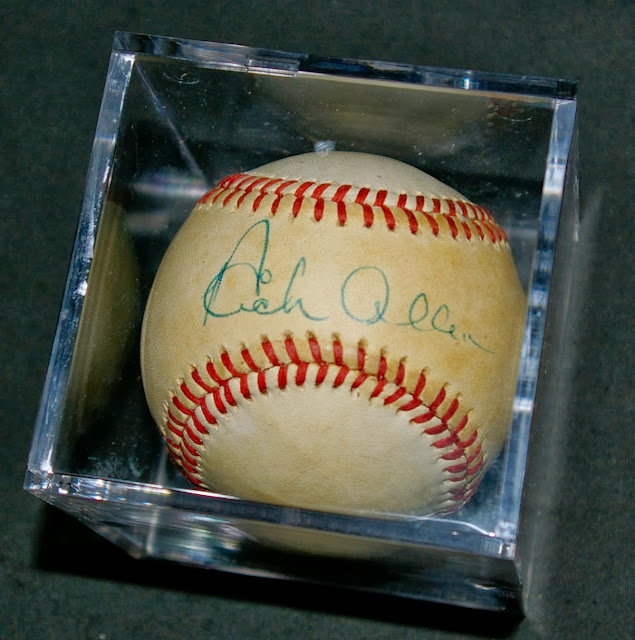