Today is a great day! I've dreamed of owning this card since I was a kid. It's been a long time coming, but now it's mine! 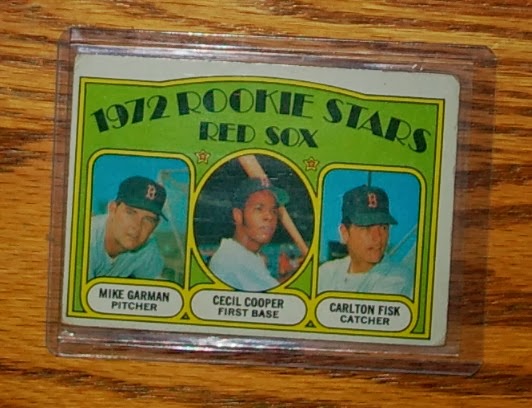 The corners aren't perfect, but not too bad. And by this card's notorious standards, the centering is actually pretty decent. At 6050 Listia credits, not a bad deal.

From the mid 70s to the mid 80s, Cooper was among the game's elite. A couple RBI crowns. A couple doubles titles. Would have won the batting title in 1980 (.352) were it not for George Brett's stupid .390 clip. He was money in the field, too, bringing home a couple Gold Gloves. He didn't stick around long enough to quite compile Hall-worthy numbers, and has sadly faded from the memory of many fans.

He obviously shares his RC with another notable ballplayer.

But back to the big draw here: Cecil! I also picked up a Cecil Cooper certified auto for a couple bucks a few weeks back. 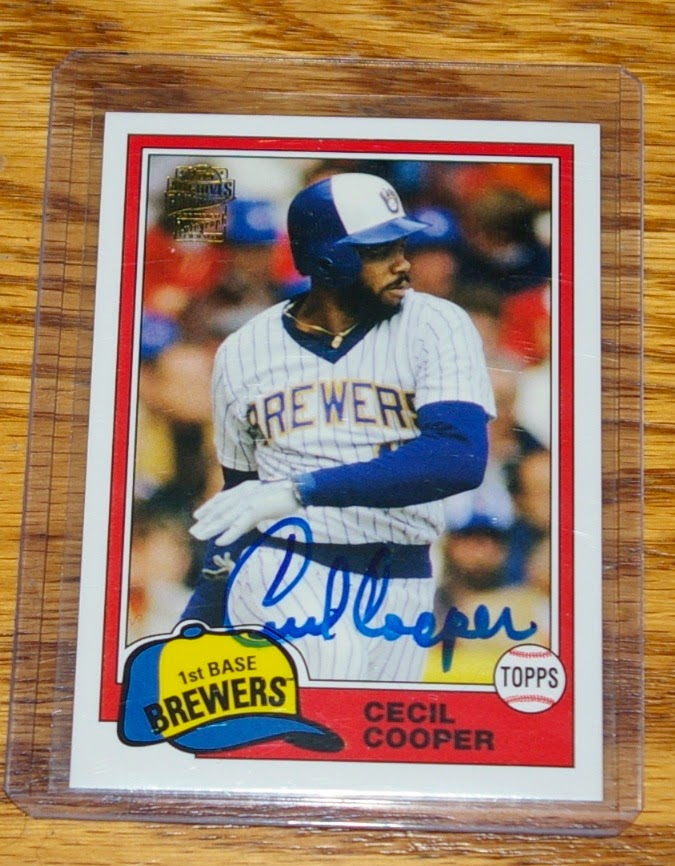 I also have his real 1981 Topps card, getting it recently in that big Vintage-ish lot off Listia. 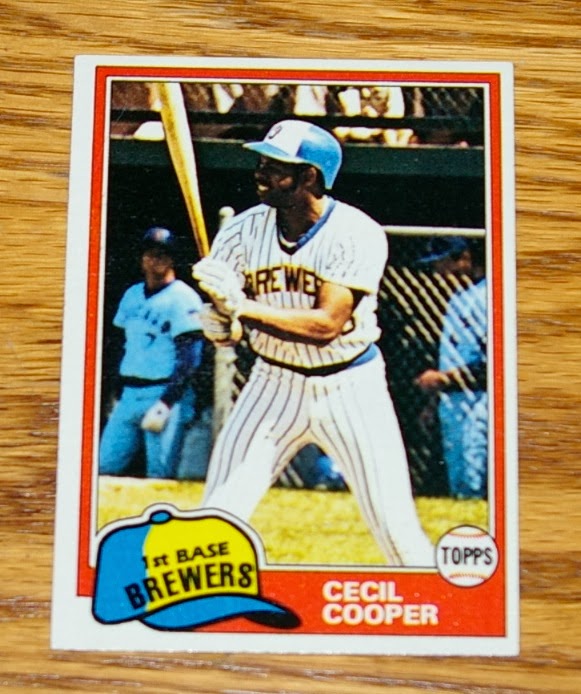