Since my Chargers didn't last too long in the postseason, my interest in football for this year fell off the table. (San Diego's lifetime drought without a major sports championship continues for yet another year.. sigh.) But that means NFL playoff days are a great time to shop. My fiancee and I are already planning to hit Target during the Super Bowl. We did that a couple years ago, too, pretty much having our run of the place. It's basically just us and some single moms and old people. Nice.

I'm not much of a shopper. Weekly grocery shopping, of course. But other than that, I buy most stuff online. I go to the mall maybe once a year. Same with Target. I've only been in a Walmart a couple times in my life.

But this past weekend, we needed new glasses, so we went to the glasses place in the mall. Adjacent to the mall is a Dollar Tree. Back when I was a bachelor down in San Diego, the 99 Cent Store was where I did probably 75% of my shopping.. food or whatever.. the one by my old place was huge and had a great selection. I don't remember ever seeing a sportscards section, but then again I wasn't an active collector at the time, so I wasn't really looking. But now when I'm at a place like that, I keep an eye out for card displays. The Dollar Tree chain up here in Portland is pretty close to the 99 Cent Store, though not quite as great.

They did have a bunch of low-end cards, though! So I bought a few packs. Four, to be exact. Let's take a look! 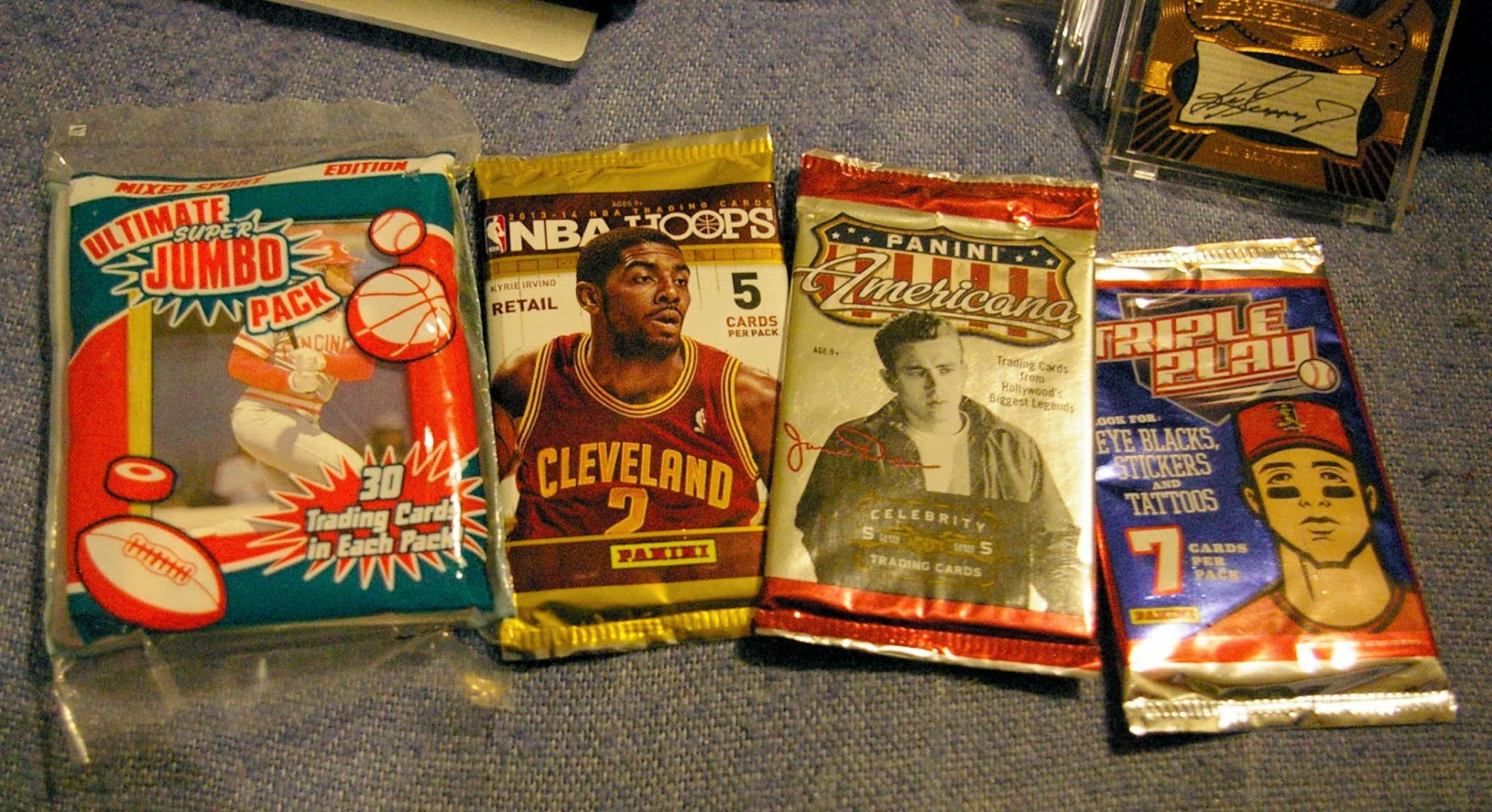 I went with some variety, grabbing a mixed-sport repack, NBA Hoops, Americana, and Triple Play. I've never bought any of these before.

First up, the repack. 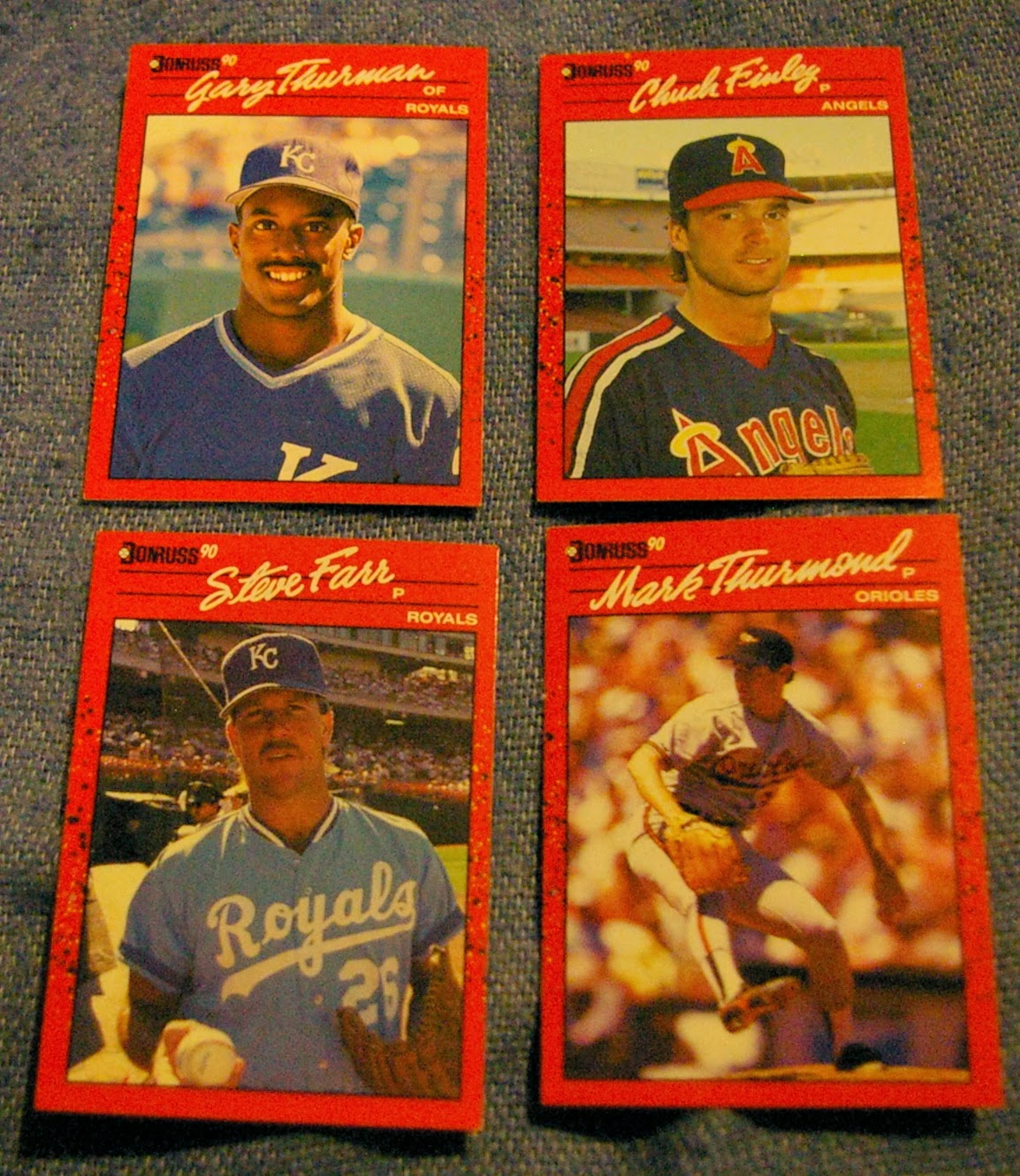 90 Donruss.
Out of these 4, Chuck is the best. But no keepers here. 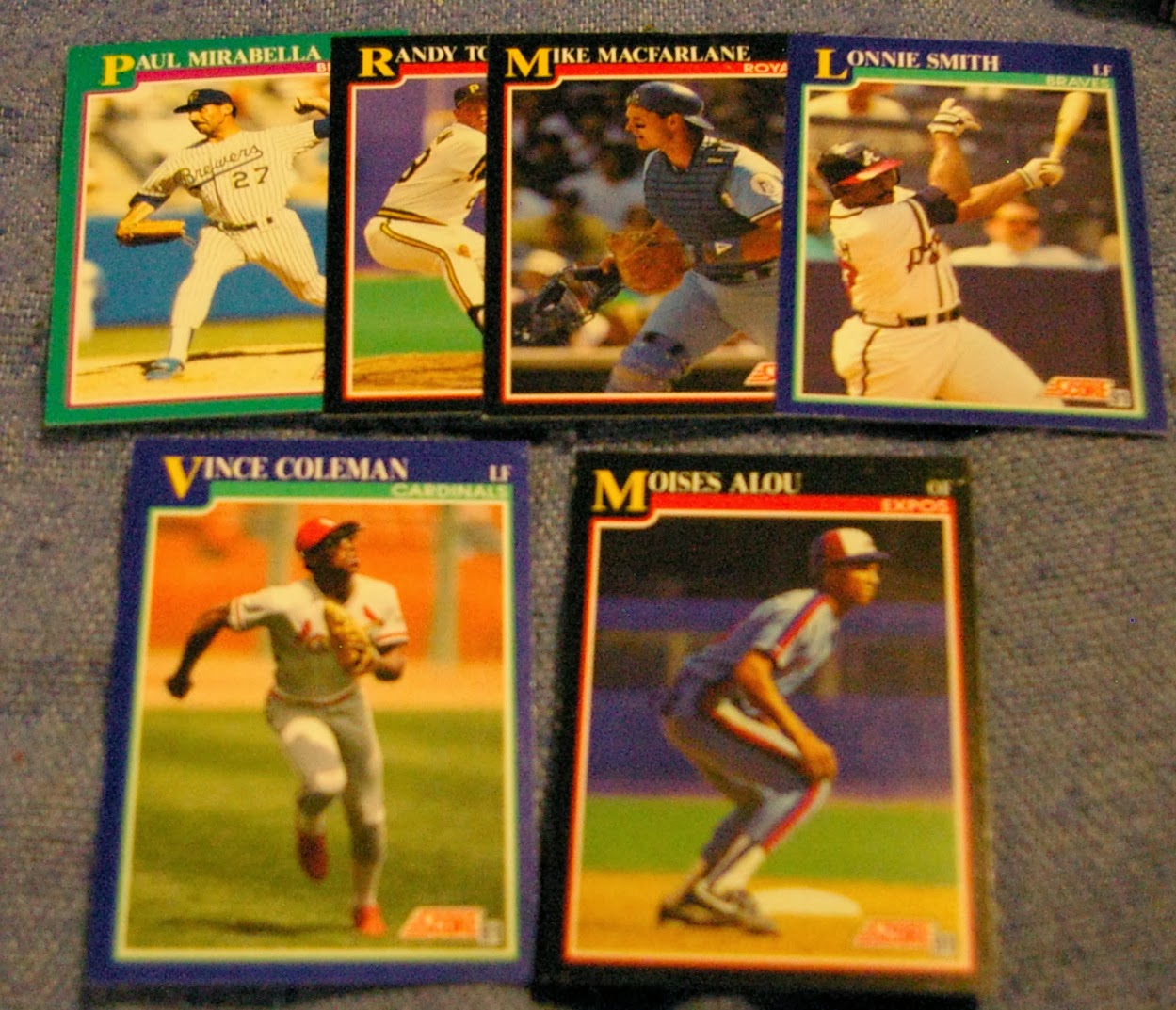 91 Score
If the Moises was in good shape, it'd probably be a keeper, but it's a bit beat up. The Vince Coleman is ok. 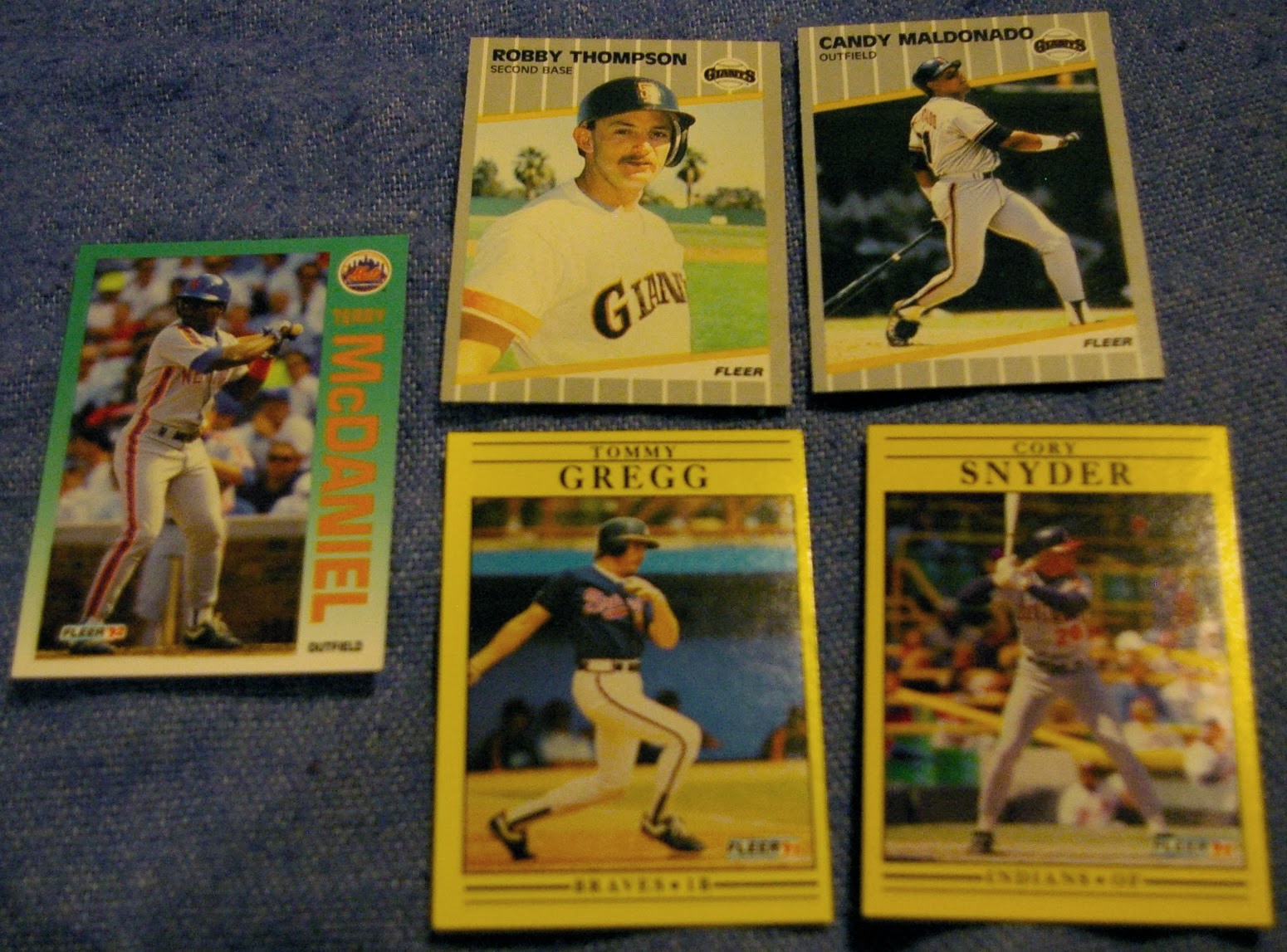 Some Fleer. No keepers here. 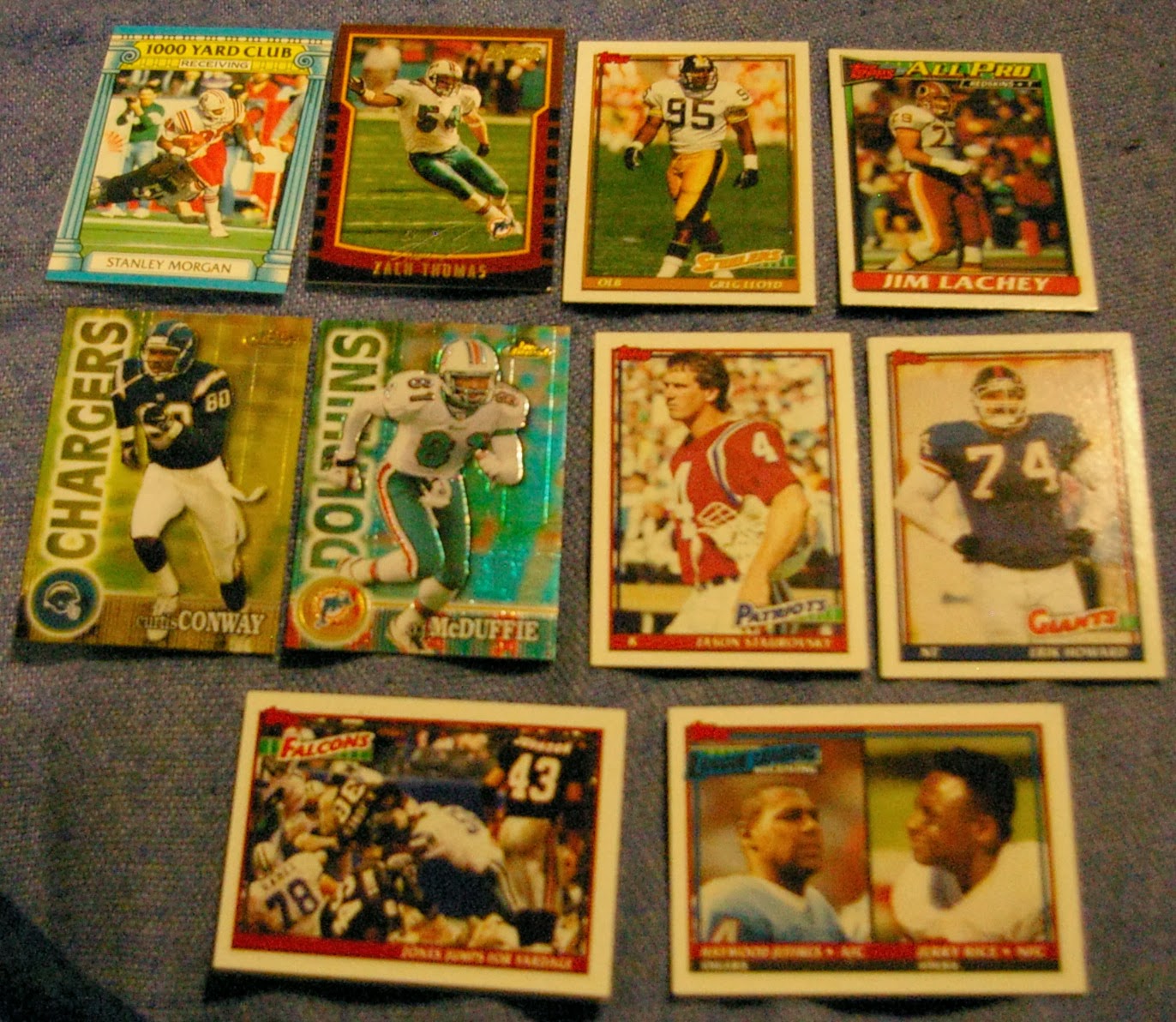 Football cards. I was excited to get the Patriots card simply because it was featured earlier that day on baseball card vandals. (Luke Wilson.. LOL, it does look like him!) I'll probably keep the shiny Chargers card, though I can't say I remember Curtis Conway. Jerry Rice (blurry down there in the lower right) is also always a keeper, even if just a LL card. 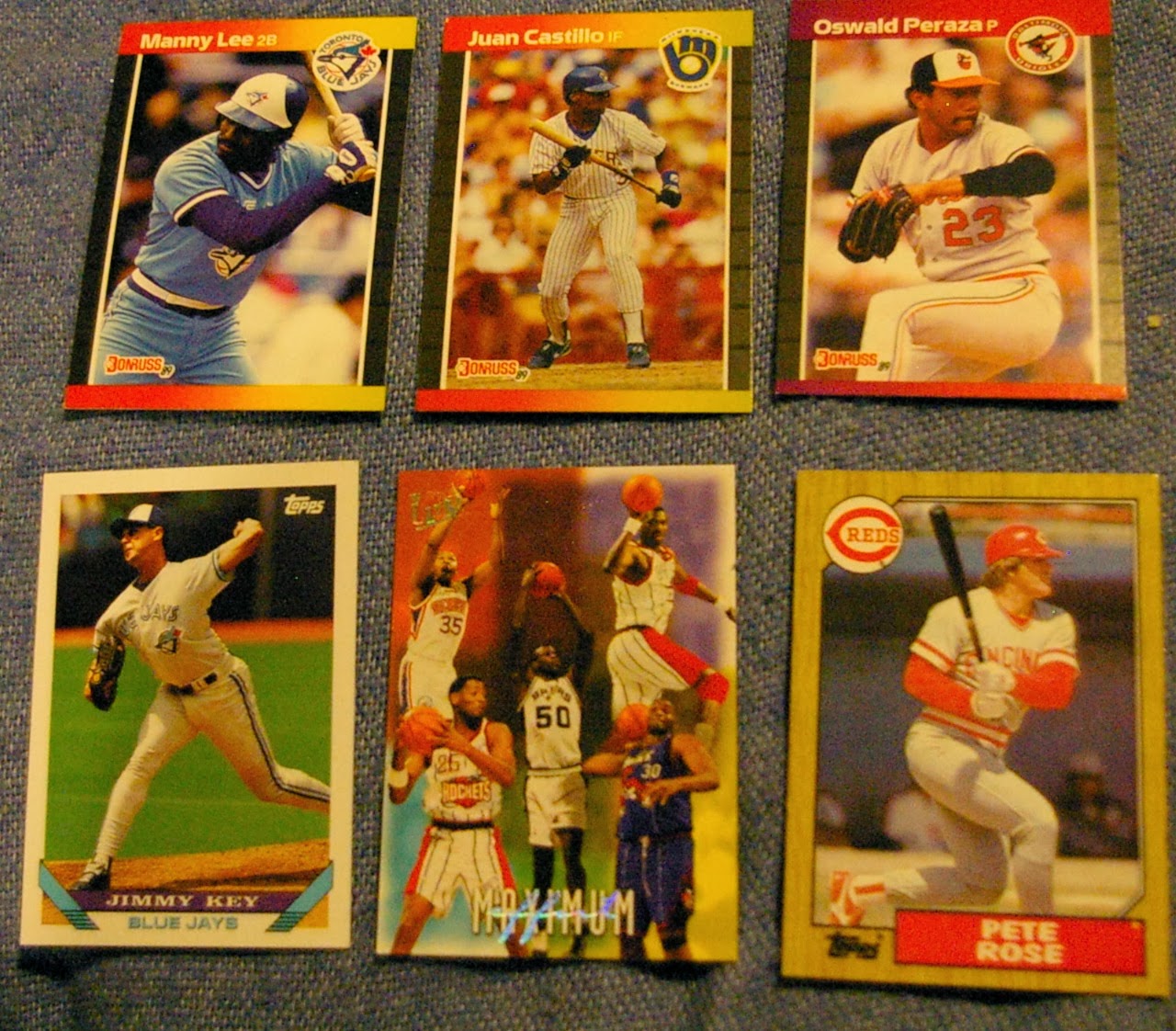 And closing out the repack, some 89 Donruss, a 93 Jimmy Key, the lone basketball card, and the card peeking through the package: Pete Rose. I think I already have that Pete. If not, it's a keeper. 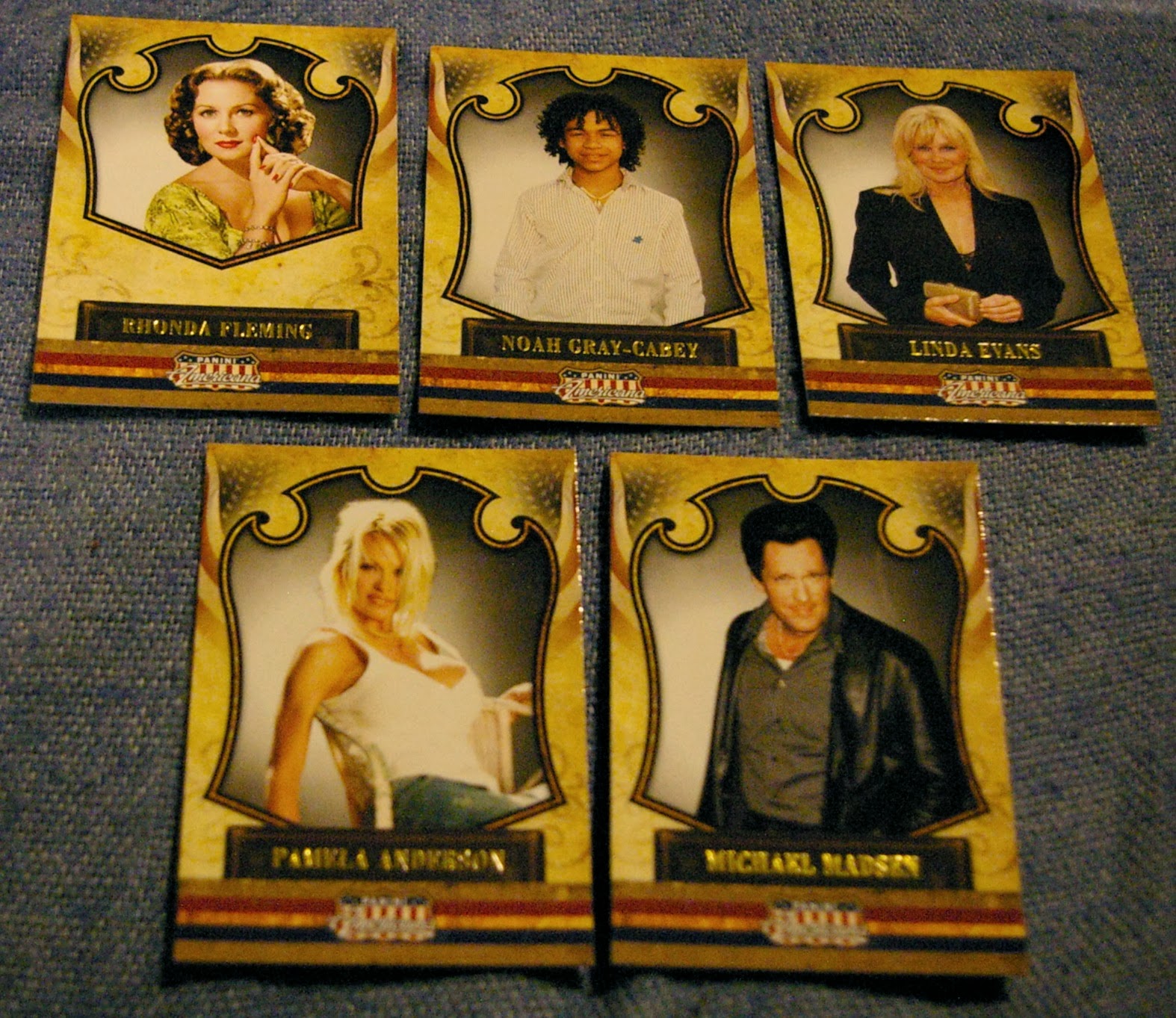 Panini Americana. Rhonda Fleming (don't know her), Noah Gray-Cabey (don't know him), Linda Evans (vaguely know her), Pam Anderson (hello!), and Michael Madsen.. I just watched Kill Bill parts 1 and 2 earlier this month for the first time. Part 1 was a bit over the top, but Part 2 was pretty solid. Anyways, Michael was in that. Cool. 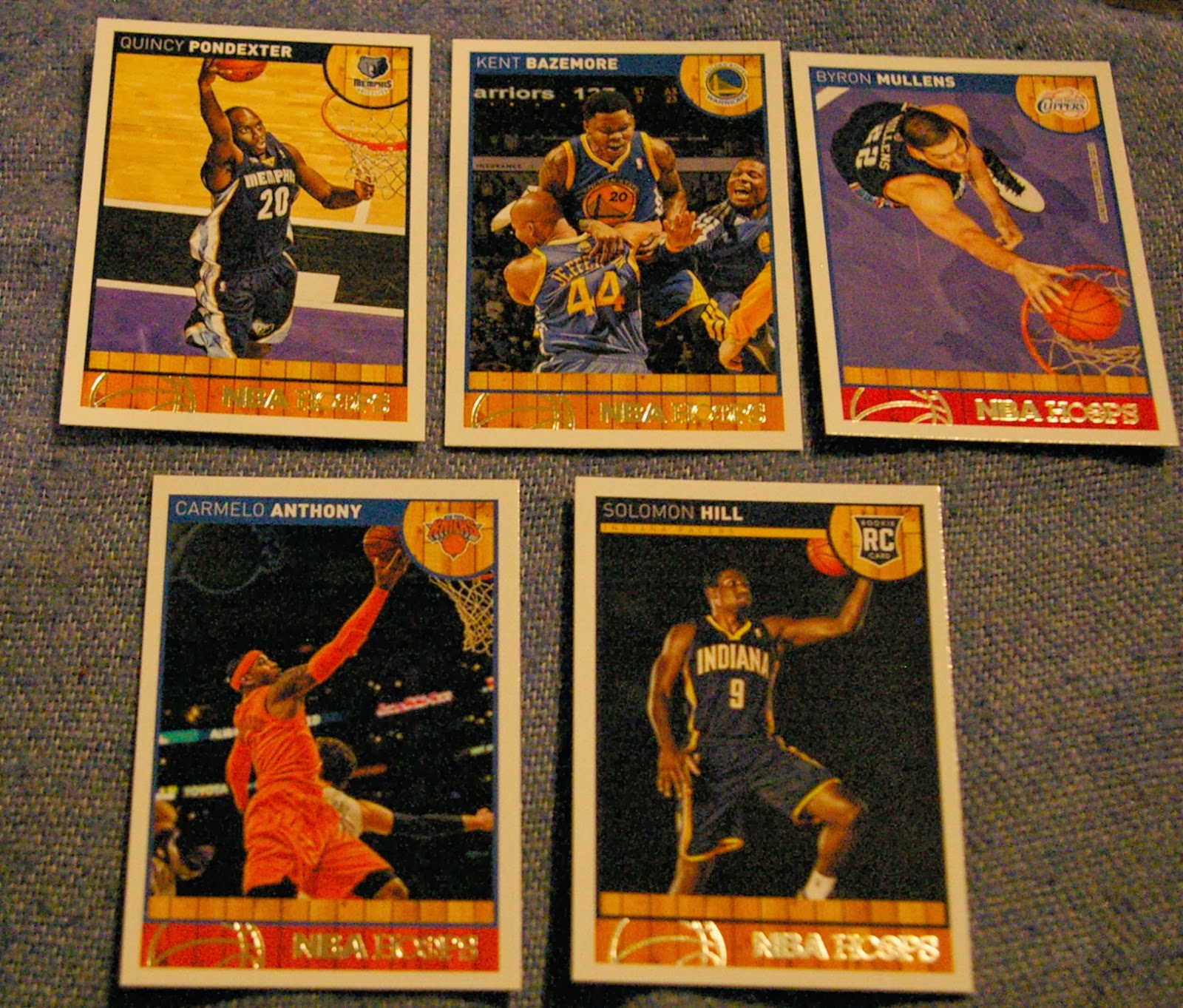 Basketball time. Carmelo Anthony is the only guy here I've heard of. 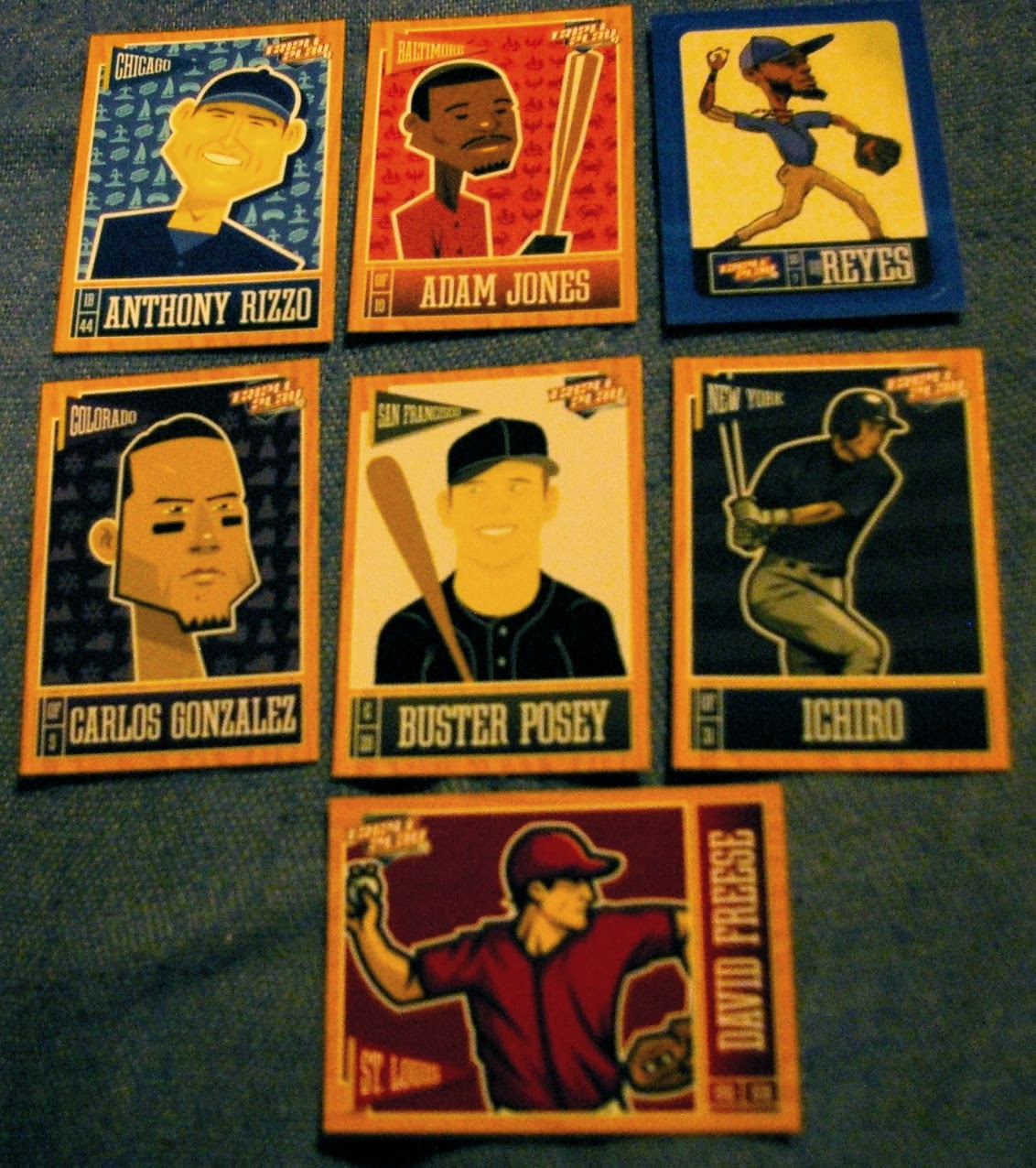 Triple Play closes out my Dollar Tree spree. Nobody here I really care about much. If I had to hang on to one of these cards, it'd be the Ichiro, I guess.

So that wraps up this uneventful purchase. Sorry guys, not all posts can blow you away with awesomeness. Don't unsubscribe, please! I've got a cool new Baseball Card Mashup post in the hole ready to post soon. It'll win you back!

Anyways, if you saw anything you need above, it's pretty much all available for trades, so just let me know. Probably wasn't worth my $4, but oh well, it's always fun ripping packs of cards, so no regrets. And while it sounds weird to need to "replenish my junk wax supply", I actually have been getting low lately. A lot of these cards will likely become fodder for Glowing Altered Variation cards.. squeezing some coolness out of them by making them glow in the dark.
Posted by defgav at 8:55 PM