Need More Cardboard traded with me! Check it out

I haven't done many online card trades yet, but everytime I do, seems like I get the better side of the deal. I guess that means you guys are very generous. --or, yeah, maybe I need to step up my trade game. Andrew of Need More Cardboard is the latest to be added to my mental "I owe ya next trade" list.

Here are some awesome cards he sent me recently. 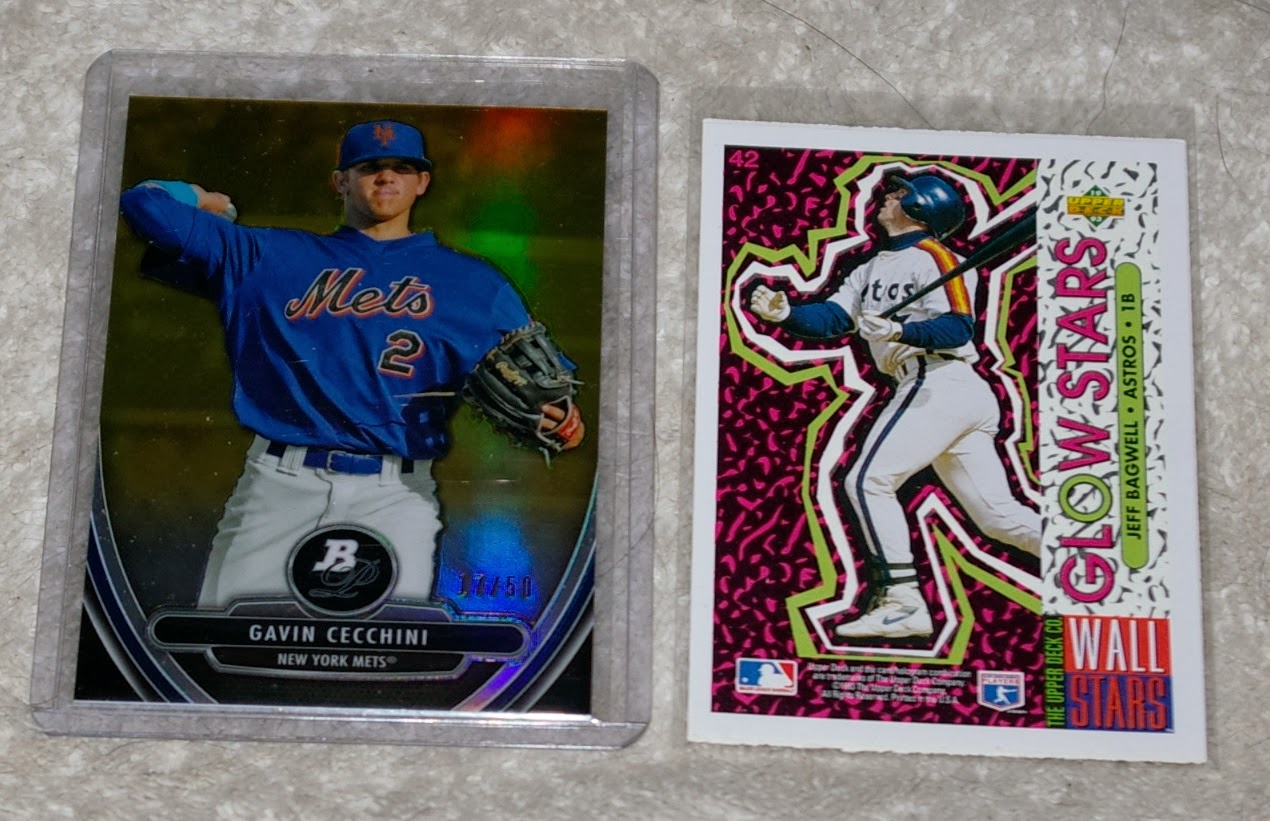 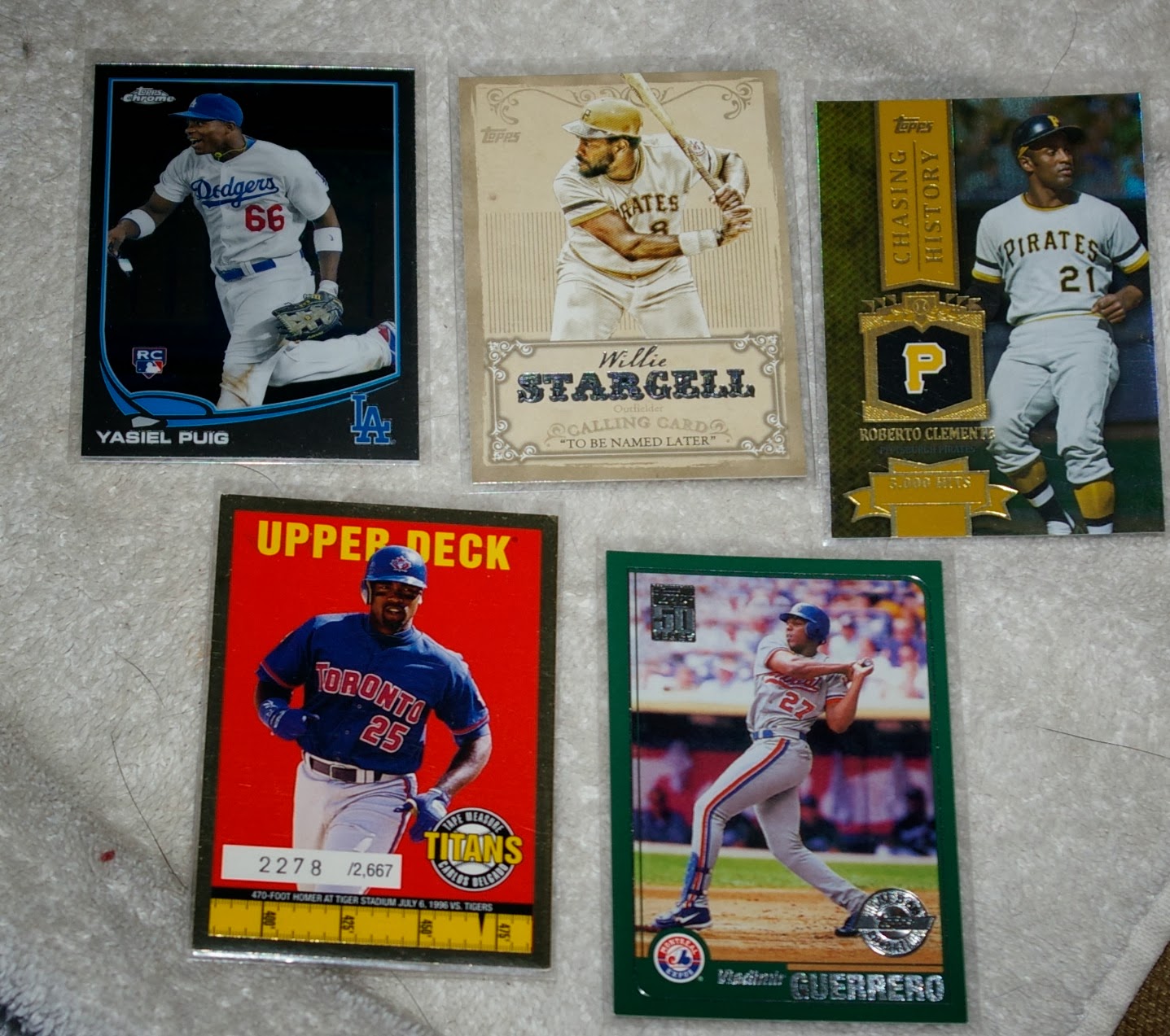 Puig! I haven't bought any "Update" packs of any variety, and as such I have not yet become totally immune to being stoked on receiving a Puig card. This marks my 3rd Puig card, which might be the lowest total for anyone who considers themselves an active baseball card collector. I'm stoked! He'll probably win MVP next year. --and every year after that for the next decade or two. Mark my words!

Gotta love Stargell. Gotta love Clemente. Delgado and Vlad?.. well, they're a couple big boppers from the steroid era who I happen to like and semi-collect. The Delgado is #'d 2278/2667, while Vlad is a "card your mom threw out".. Hey Topps, don't be talkin' 'bout my mom, buster! 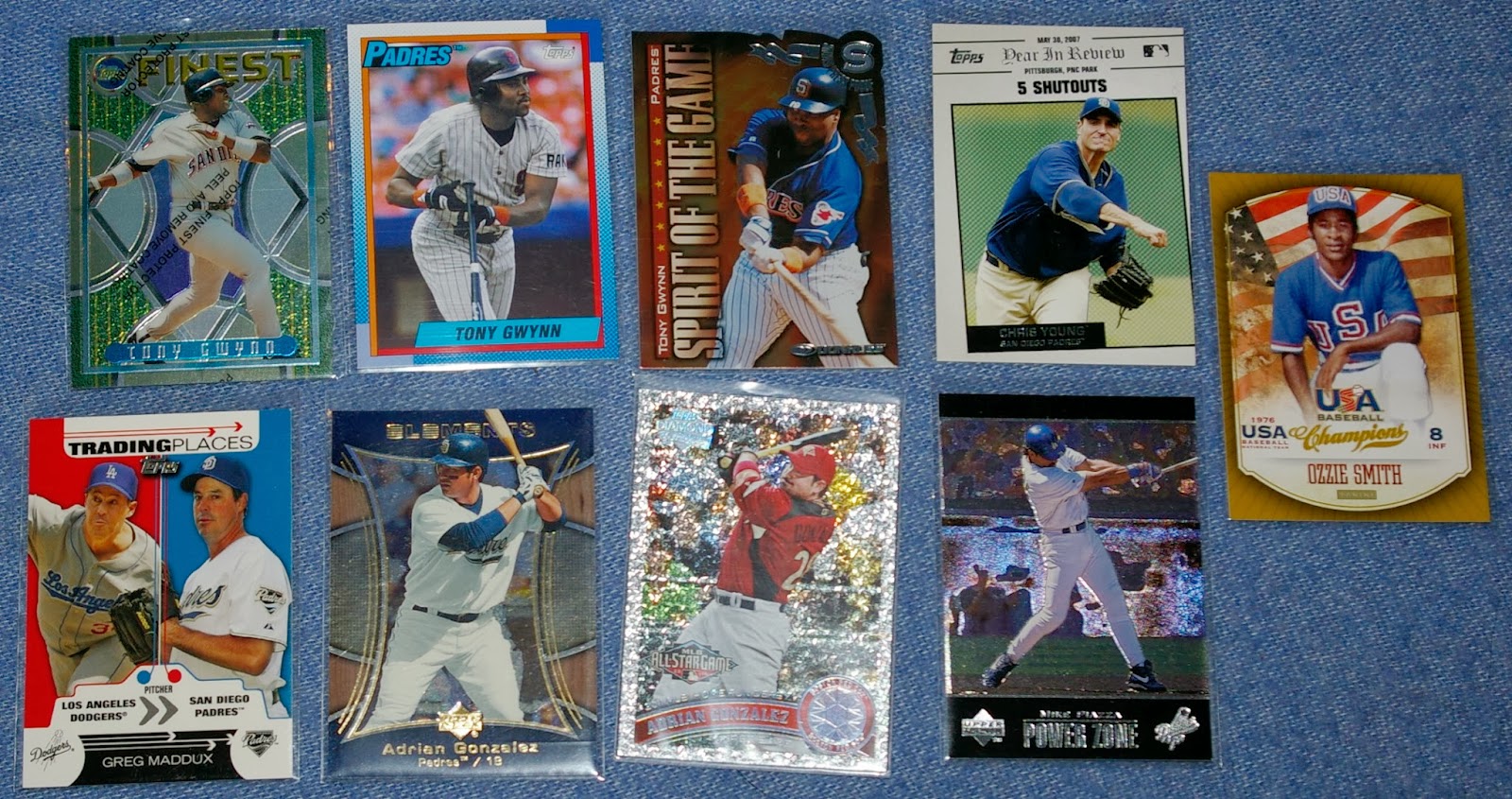 Pads (and former Pads) on Parade! That crystally Adrian might make a reappearance on my blog in a future Refraction Action post. 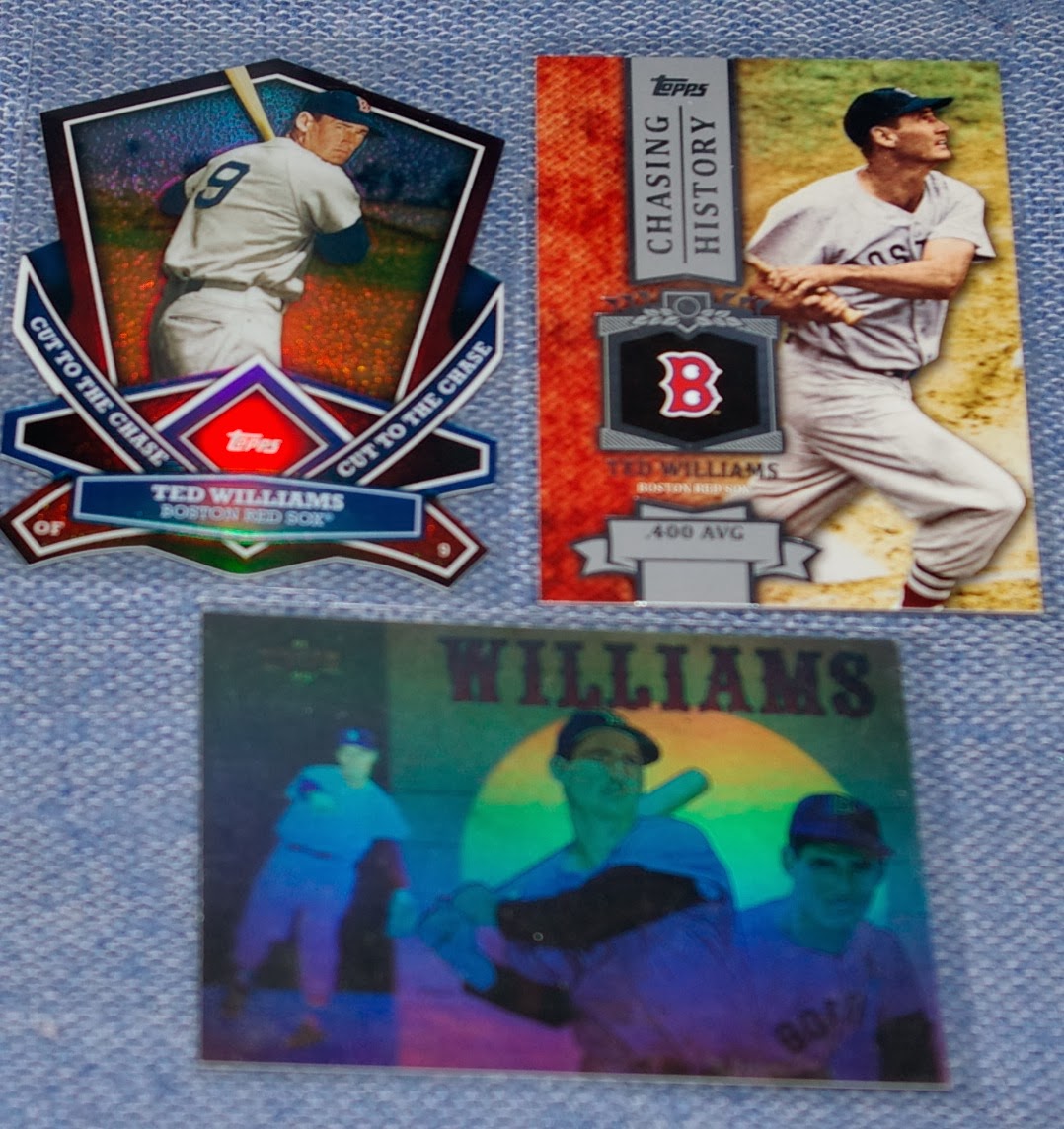 Teddy Ballgame? The Splendid Splinter? Sweet cards! Andrew suggested the hologram card might make a good subject for a glow-in-the-dark alteration. But man, I've wanted that card since the early 90s.. I don't think I could deface it! Plus I don't know if it would do much glowing (typically, bright cards work best.. and hologram cards are usually pretty dark). Maybe I'll try doing a Refraction Action with it though (my previous attempt at "capturing" a hologram card left a lot of room for improvement.)

My Frank Thomas collection is looking pretty decent these days, after picking up a sweet inscribed auto that arrived the very day he got the call to the hall. And these 3 additions from Andrew complement it nicely. The die-cut in the middle is #'d 198/299, while the Donruss Round Trippers on the right is #'d 2488/5000.

Lastly, some Reggies. Now, Andrew didn't send me that vintage in the middle.. I just coincidentally picked it up for a couple bucks a few days before his package arrived. And obviously that fake "1961 Topps" card on the left seemed familiar when it arrived. Topps does weird things sometimes with their faux-vintage/reprint cards. But hey, I'll take it. The "new" version shows us a bit more of the photo, including more of Reggie's right hand and more of his.. um, midsection.

So there you have it. Thanks a ton, Andrew! I appreciate your awesomeness when it comes to sending cool baseball cards to people. Everybody, do yourself a favor and check out his blog and hit him up for a trade.
Posted by defgav at 8:28 PM