Here's a first for the Refraction Action series: true vintage! Obviously this isn't a refractor, but rather one of those special cards Topps occasionally threw in with 3 photos of an action. Sort of a precursor to Sportflics or multi-exposure photos Upper Deck would later be known to include sporadically.

Let's take a look at Harmon in action! 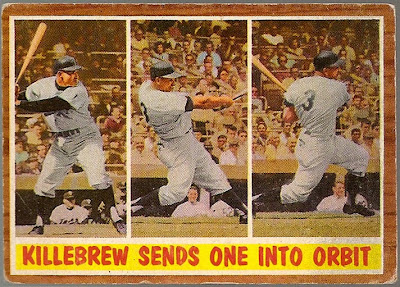 You can tell by the background that the first picture seems to be from a different at-bat than the other two. 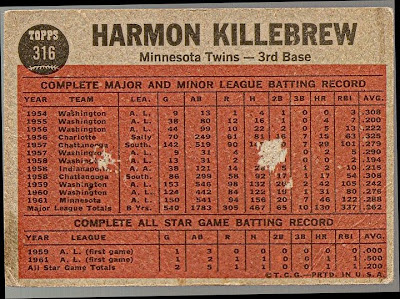 Killer's mighty swing seems to have torn through the card itself! Oh my.
Posted by defgav at 7:26 PM