Here're more cards from that 2014 Bowman retail blaster I picked up at the grocery store yesterday.

These first few cards I'll probably want to hang on to, but we'll get into the trade bait shortly. 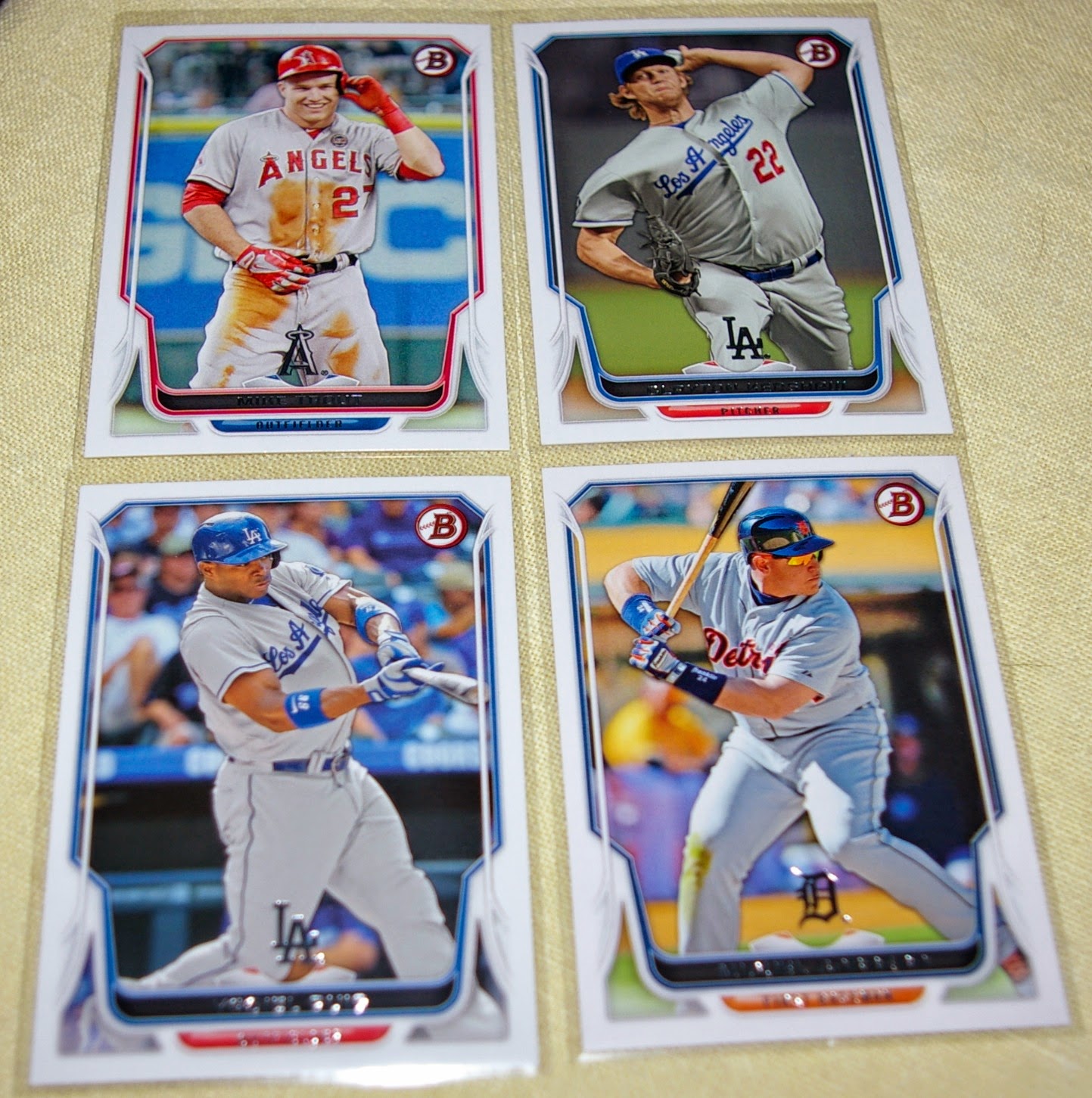 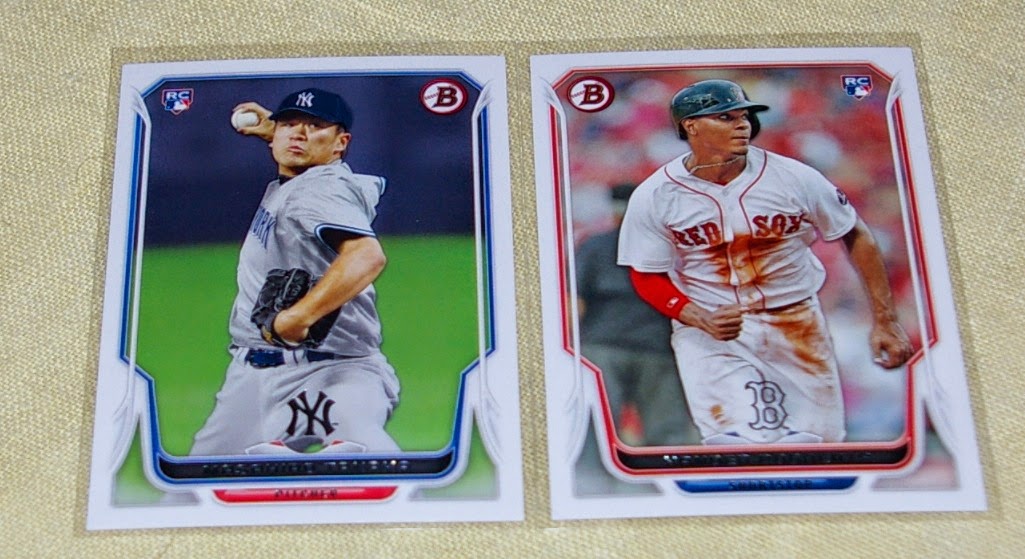 The only serial numbered card I got.. 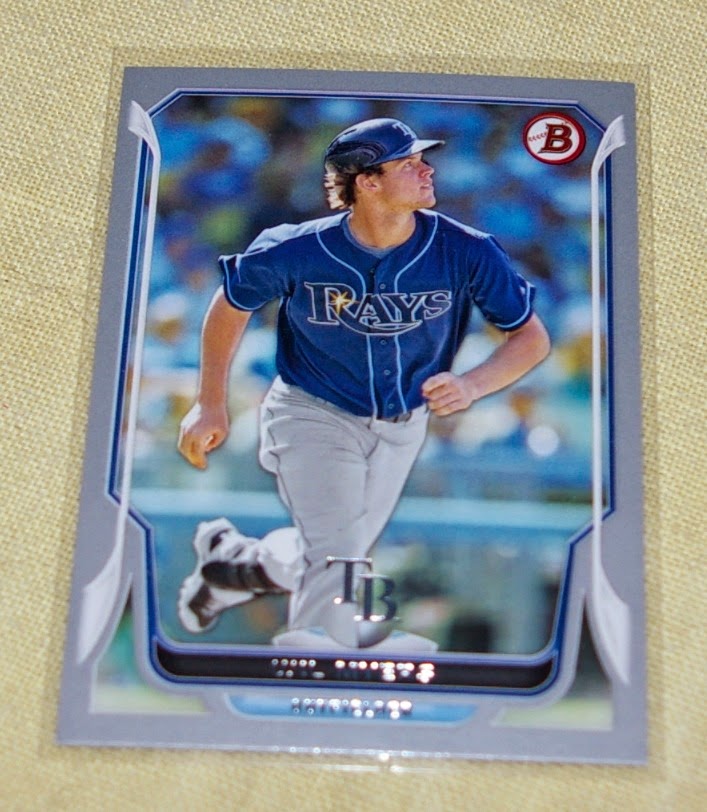 Grey border? Could there be a more boring parallel to pull? I wanted one with space lasers, rainbowed waterfalls n' shit. Oh well, #'d 63/75 card of a somewhat popular guy.. I'll take it.

The only Padre I got.. 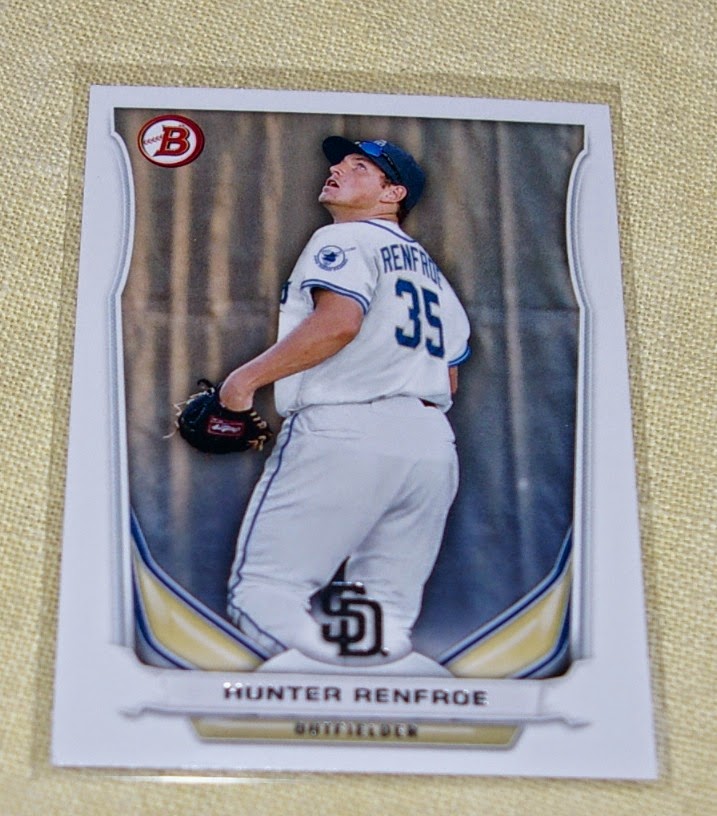 Hey, just the other day I was saying I'd like to add more Gretzky to my collection.. here I go.. 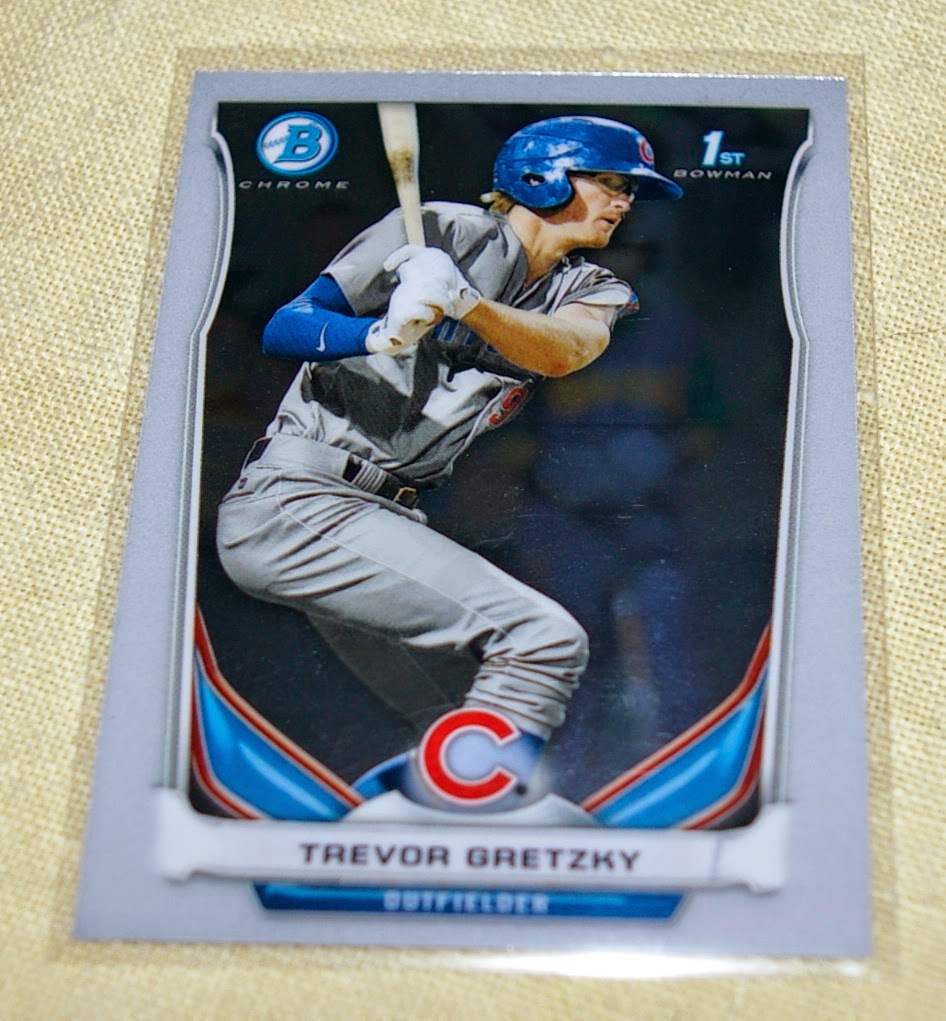 Ok, now we've reached the point in the post where I've kinda lost interest in the cards, meaning the following are trade bait. Anybody want to trade? LMK

I pulled a couple background variations.. 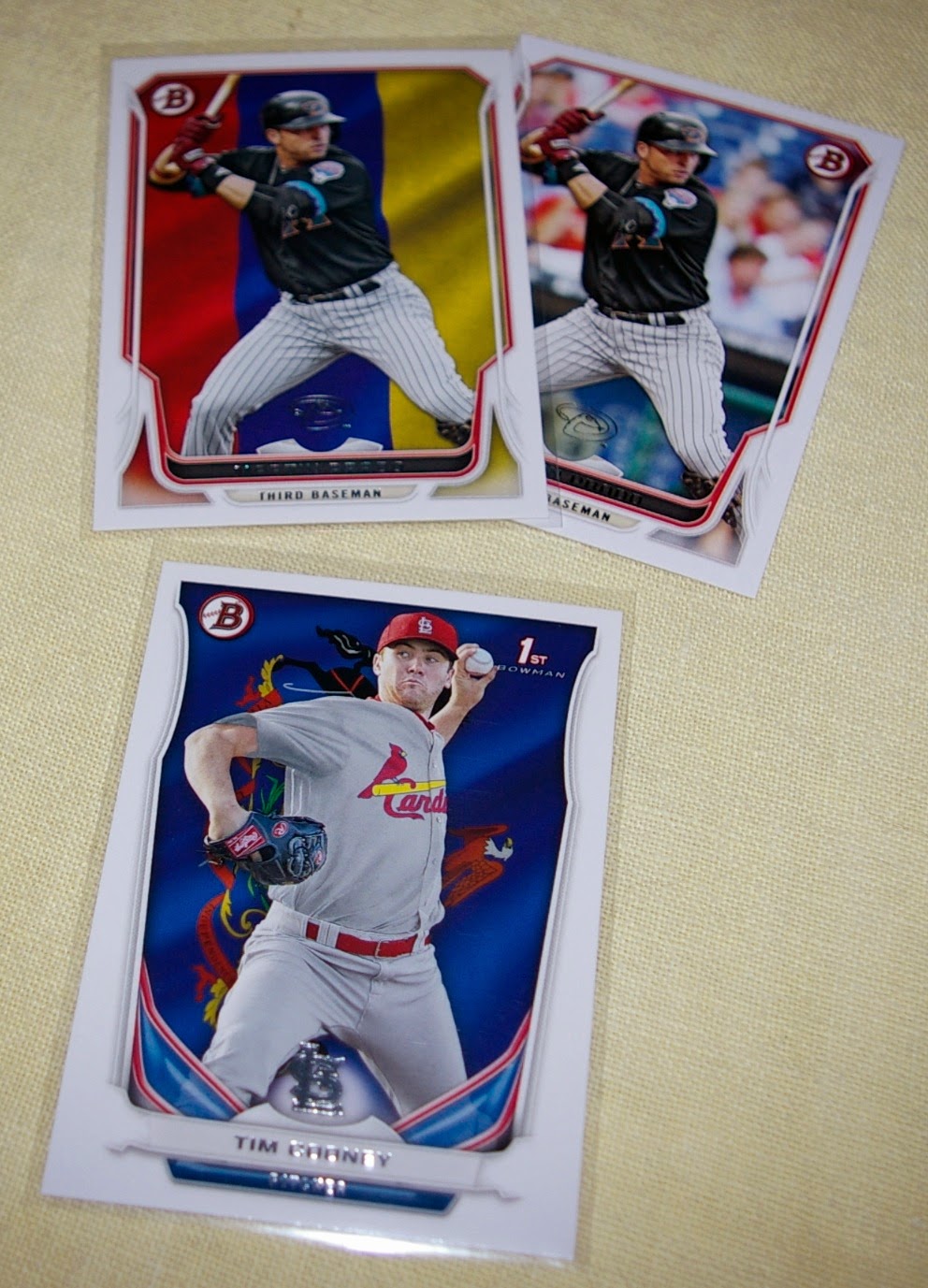 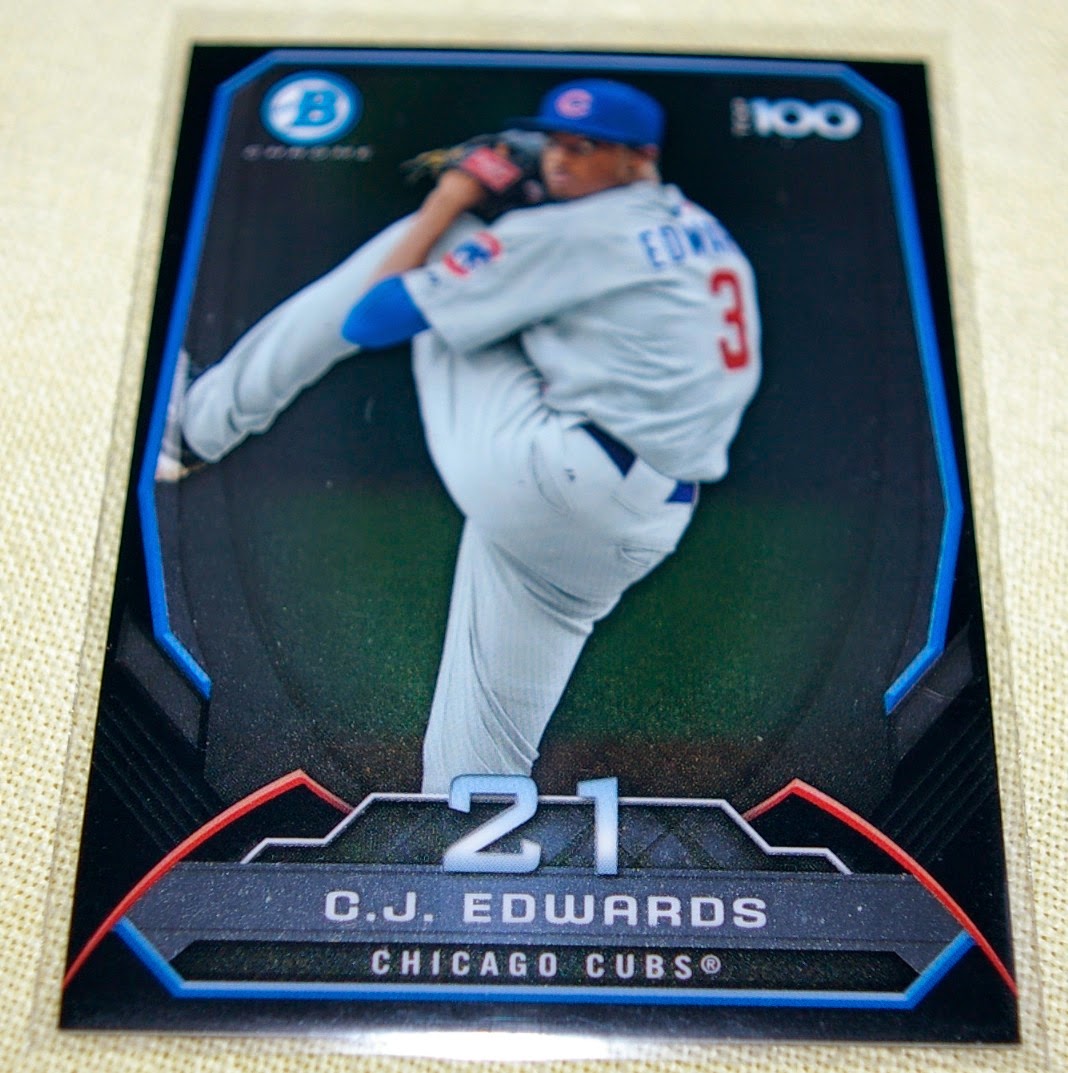 And the rest.
Base.. 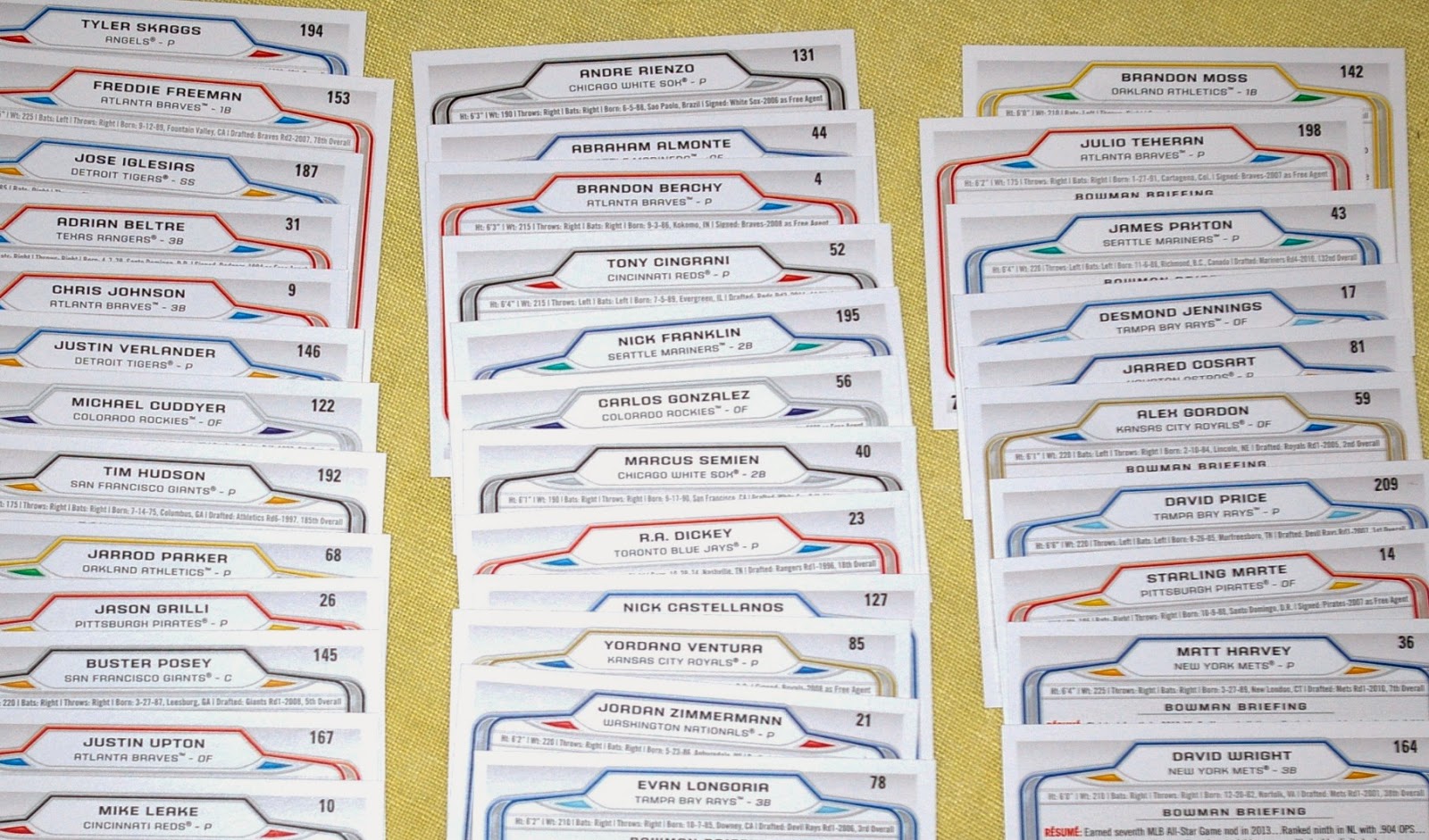 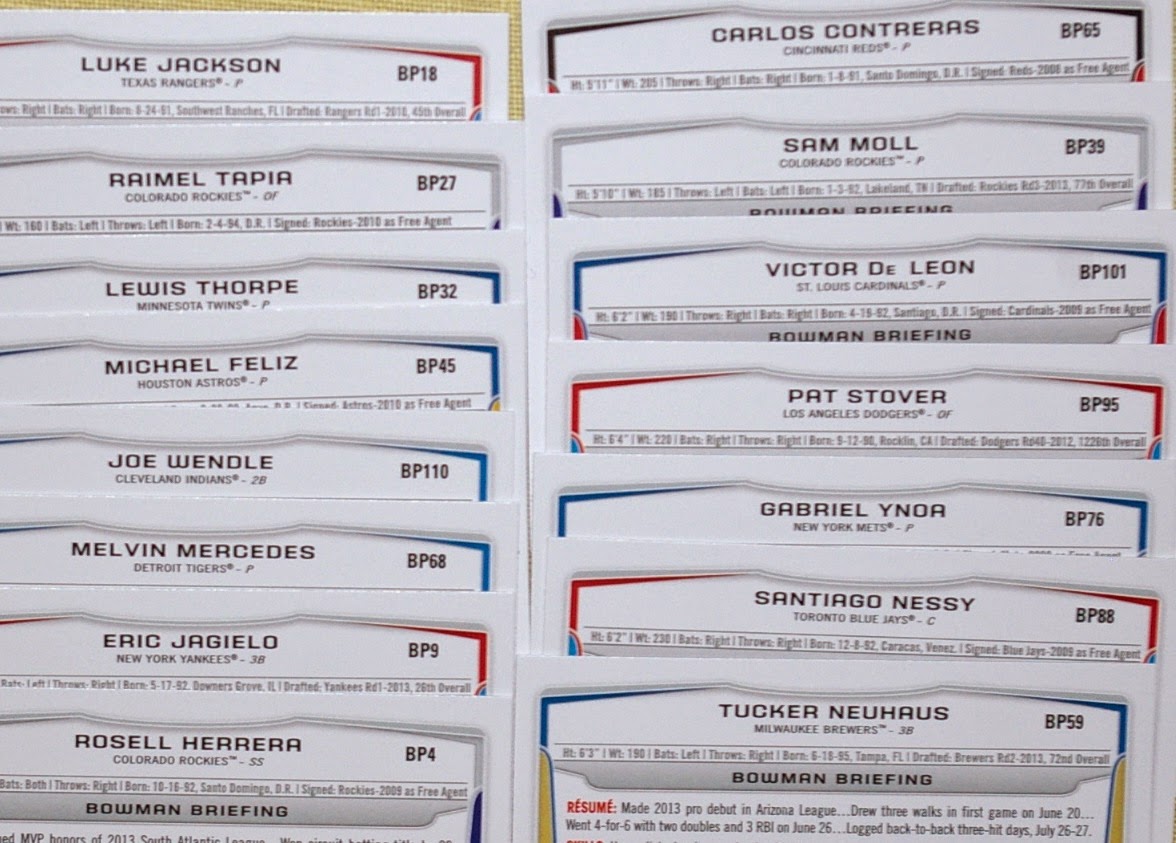 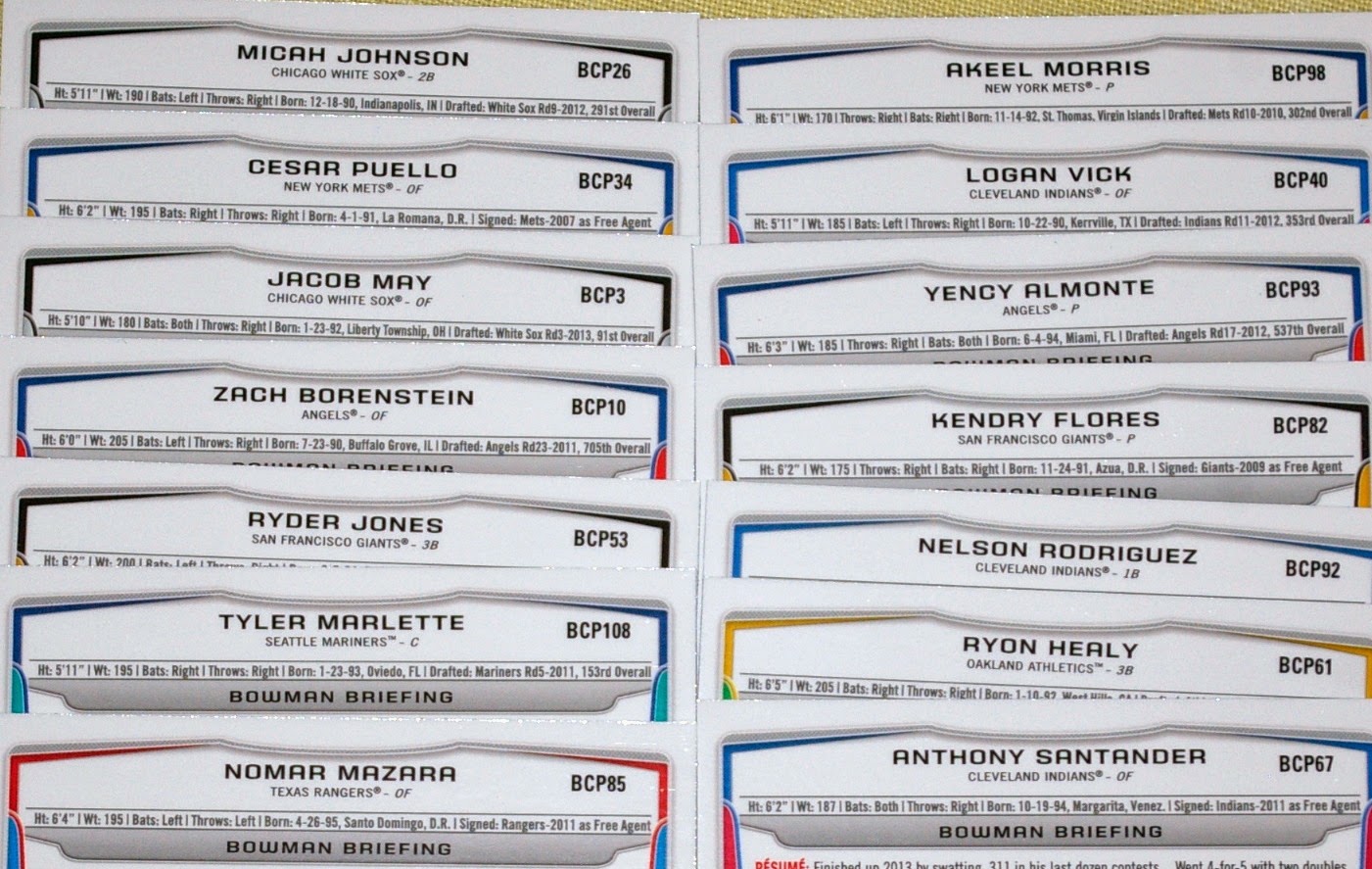 So add to that the 2 refractors I posted earlier and there's what I got for $19.99. At least Oregon doesn't have sales tax.
Posted by defgav at 5:58 PM