I recently rambled about my reasons for not hating Topps Archives. My 2014 hobby box has arrived and I'm anxious to bust 'er open. This product is all about reminiscing about yesteryear and celebrating nostalgia, with particular focus on the 80s this year. Since I grew up in the 80s, I've called upon some of my old toys to help me out with his break. (This is a blatant rip-off of loving homage to Cervin' Up Cards' clone breaks.)

Our story begins on the ice planet of Hoth where Han Solo is checking out a meteor that landed near the ski resort where he's vacationing.

But wait a minute, that's no meteor-- It's some sort of containment pod! It seems to be giving off an energy field. 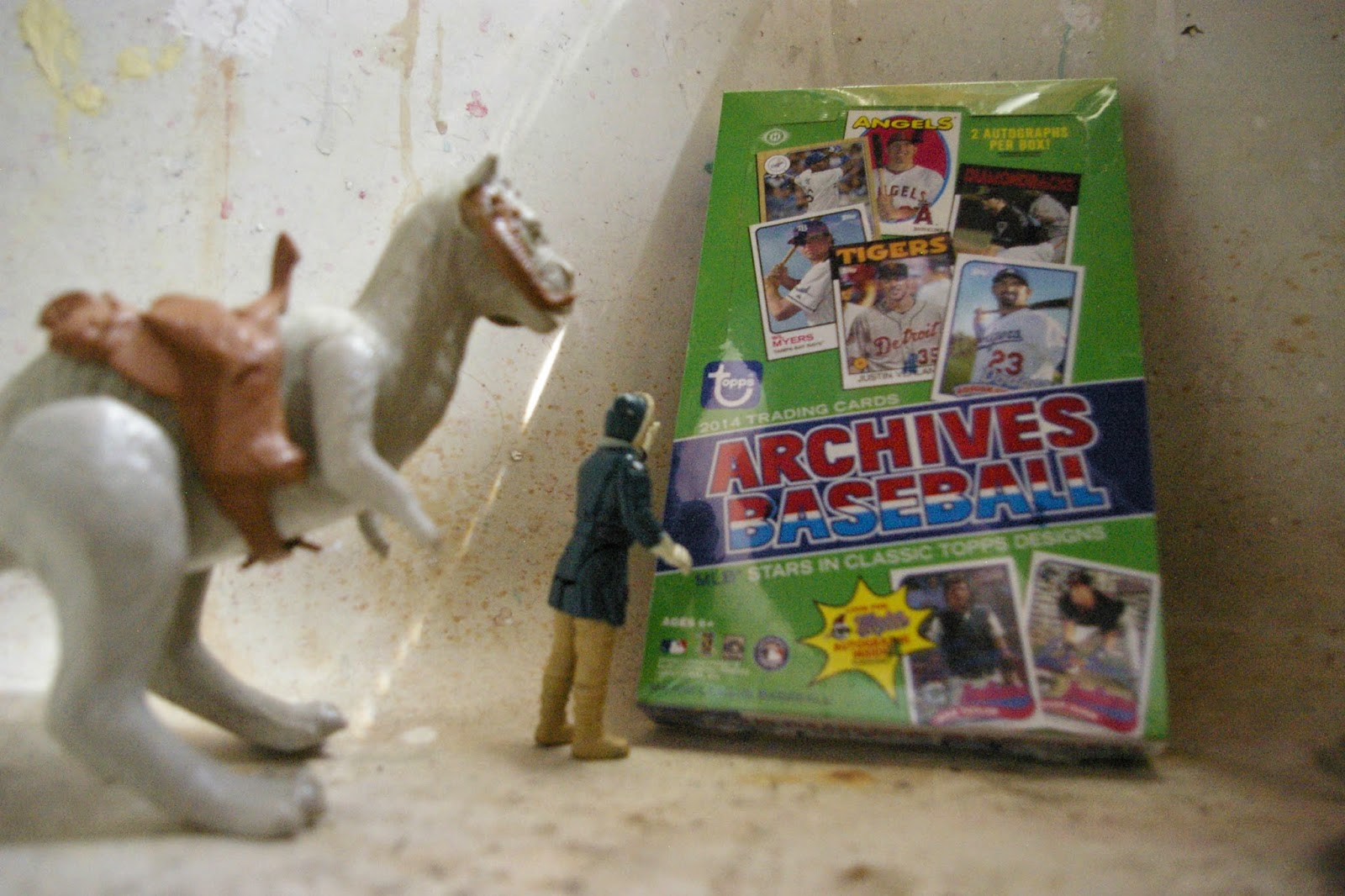 Han goes in for a closer look, unlocking the chamber and removing an energy packet from within. Just then, a Wampa Ice Creature jumps out from behind the pod and attacks Han with another energy packet! Han harnesses the power of the packet he grabbed to engage the beast in a fight. 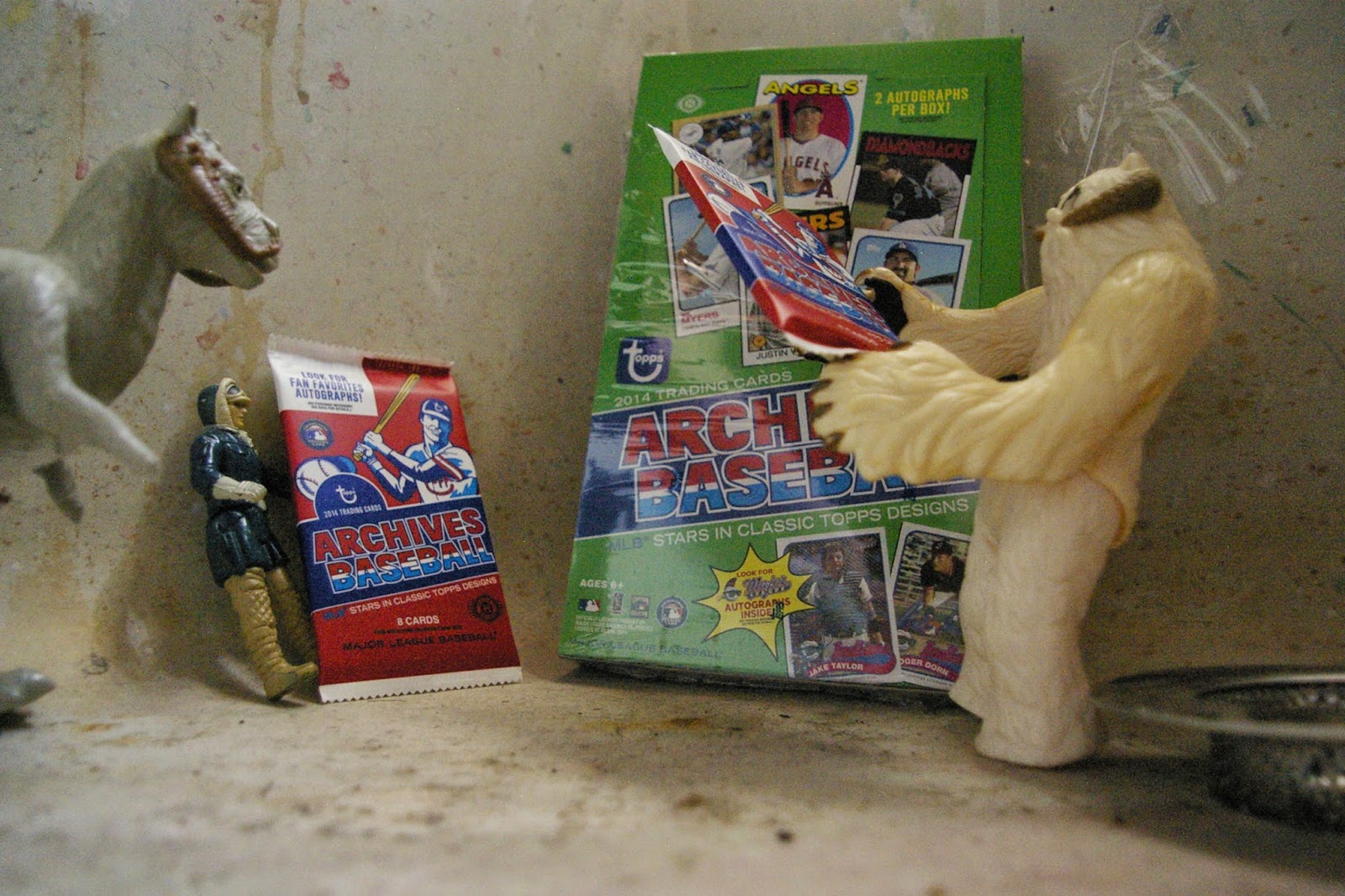 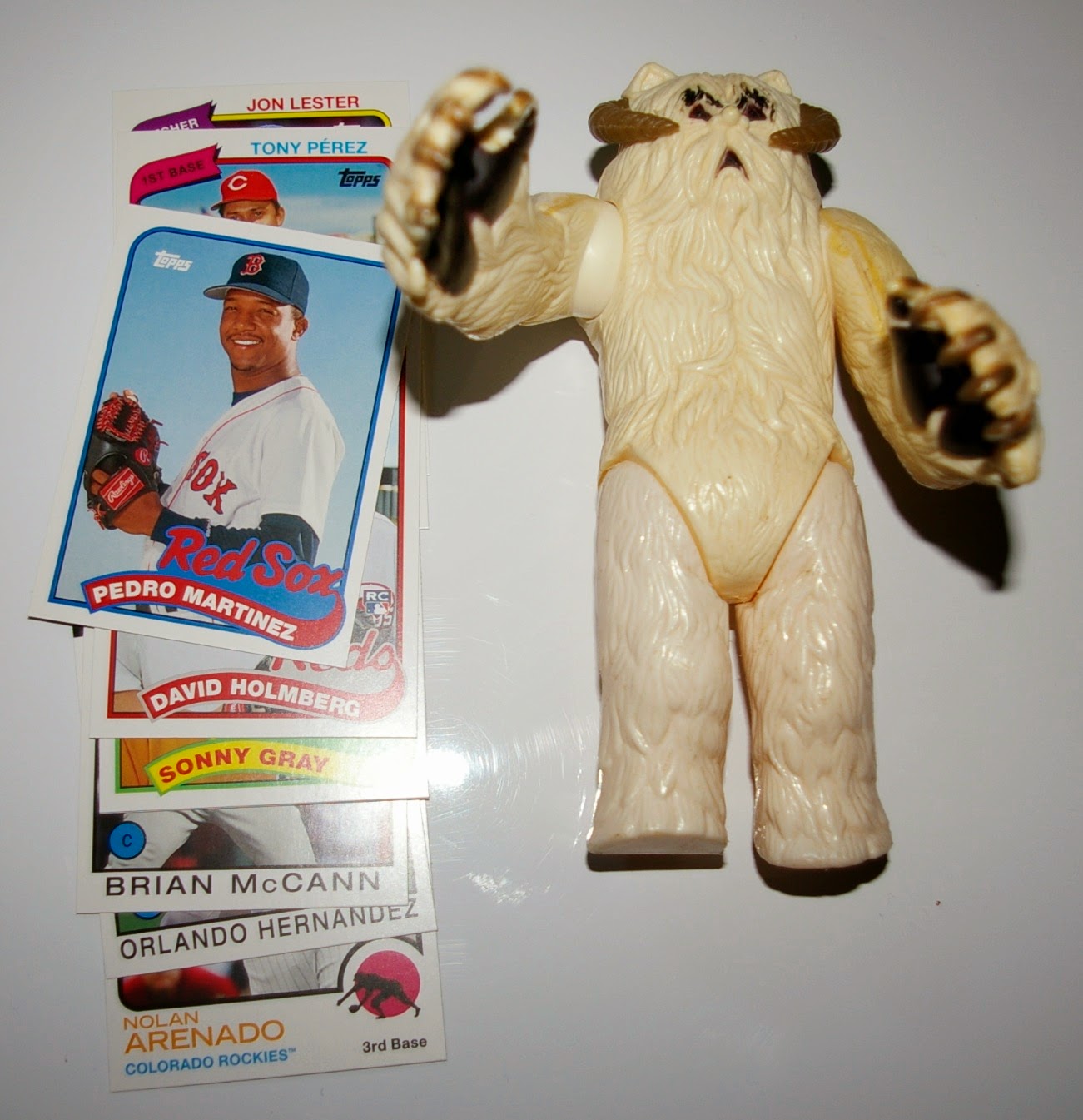 The Wampa unleashes a bold attack punctuated by a Pedro SP! 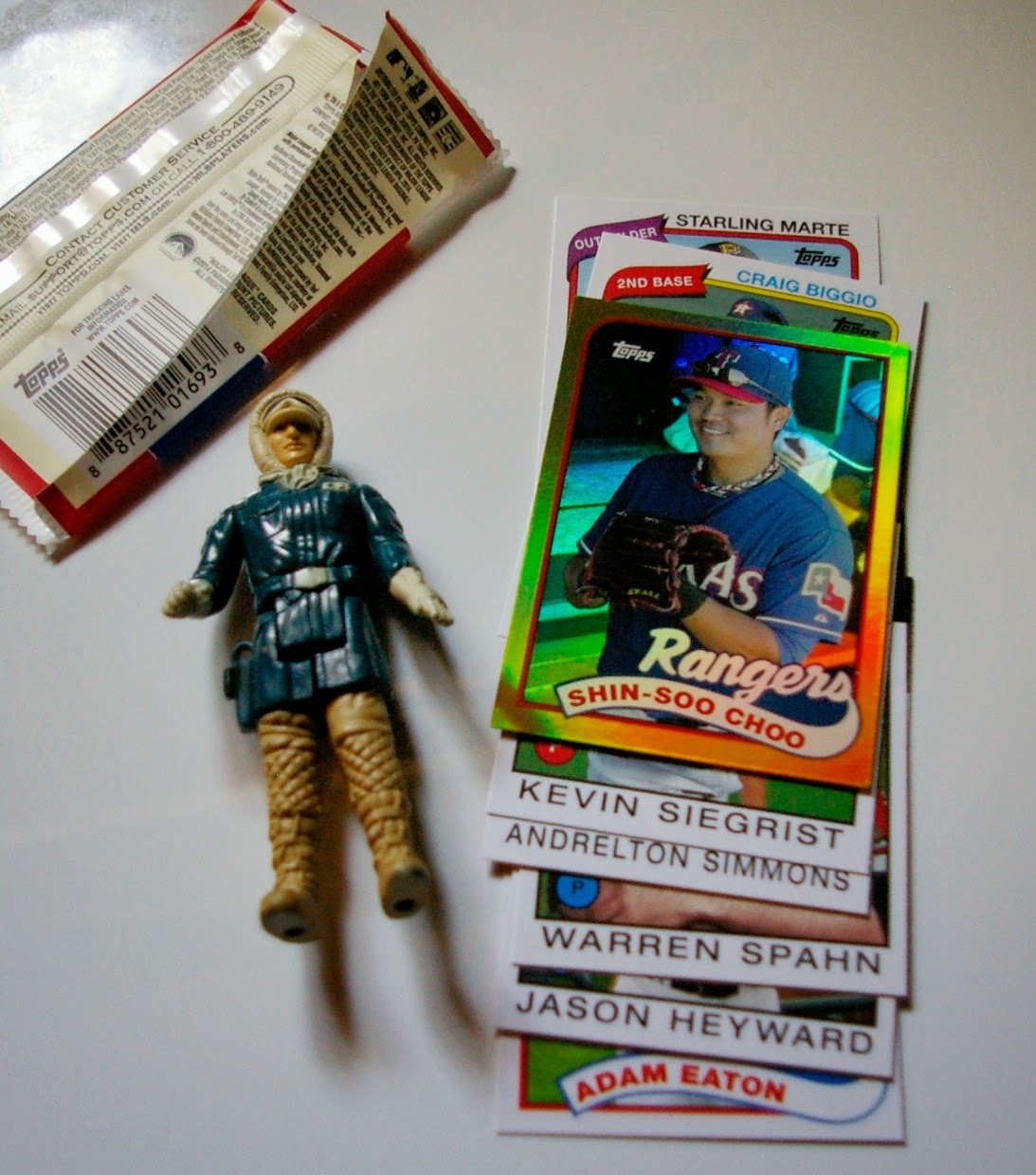 Han deftly counters with a strong defense, the key being a Shin-Soo Choo #/199 refractor, defeating the Wampa.

Han calls up his Autobot buddy to help him transport the energy pod to a secure location. 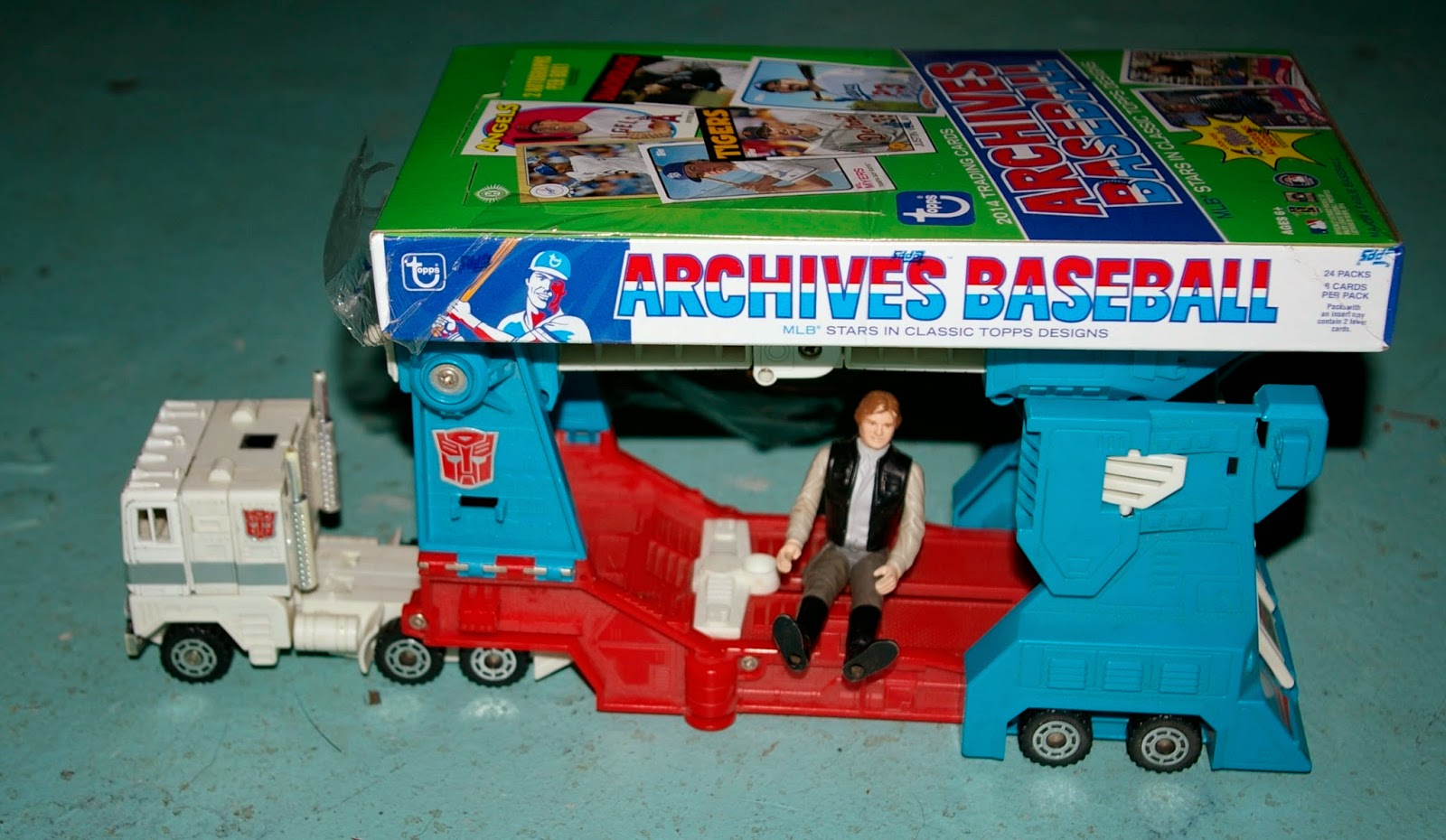 Just then, they're attacked by a Decepticon jet who grabs an energy packet and engages in a fight. 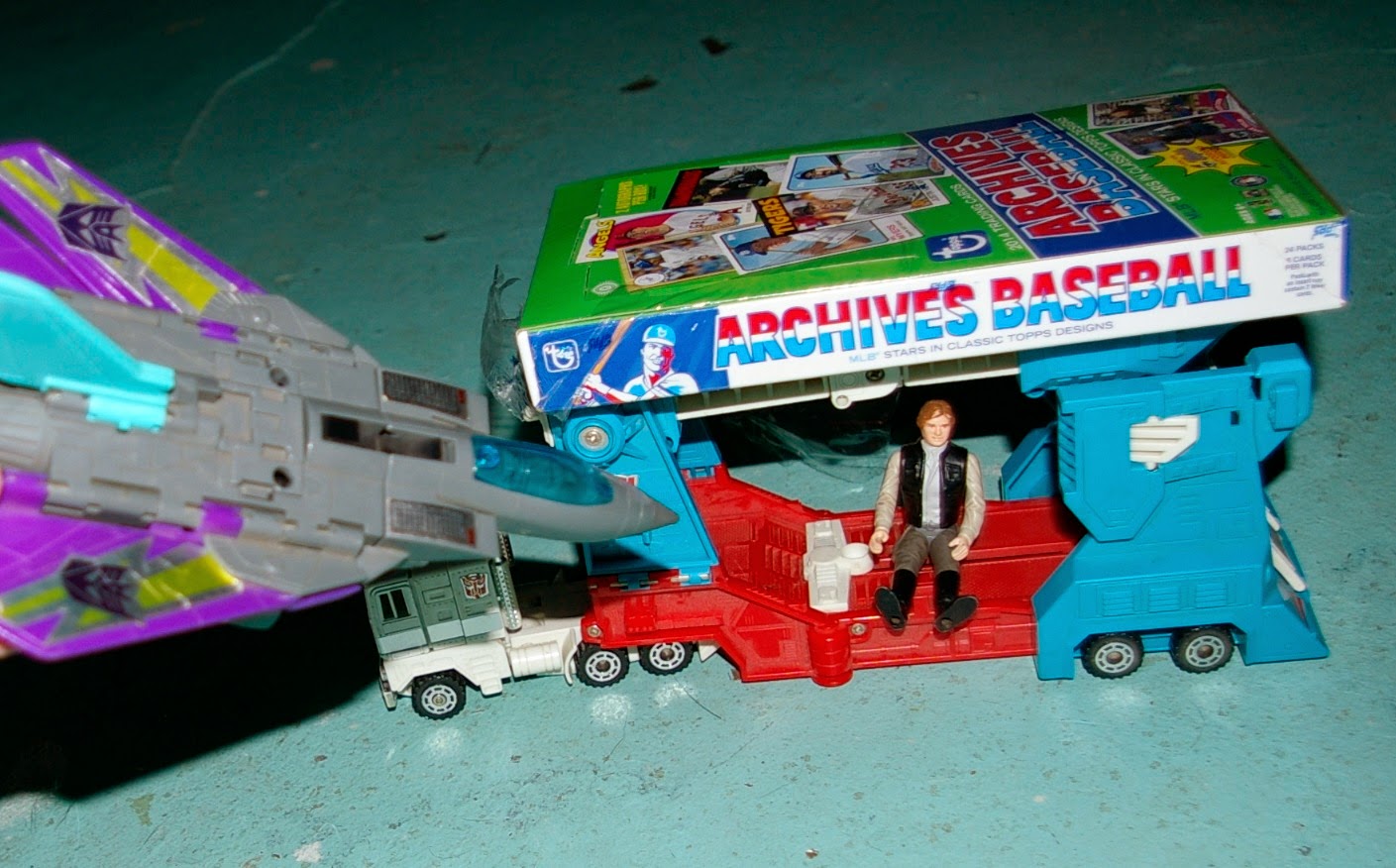 Han and his robot ally defend themselves with a John Olerud deckle leading the charge. The Decepticon blasts a powerful array in return. 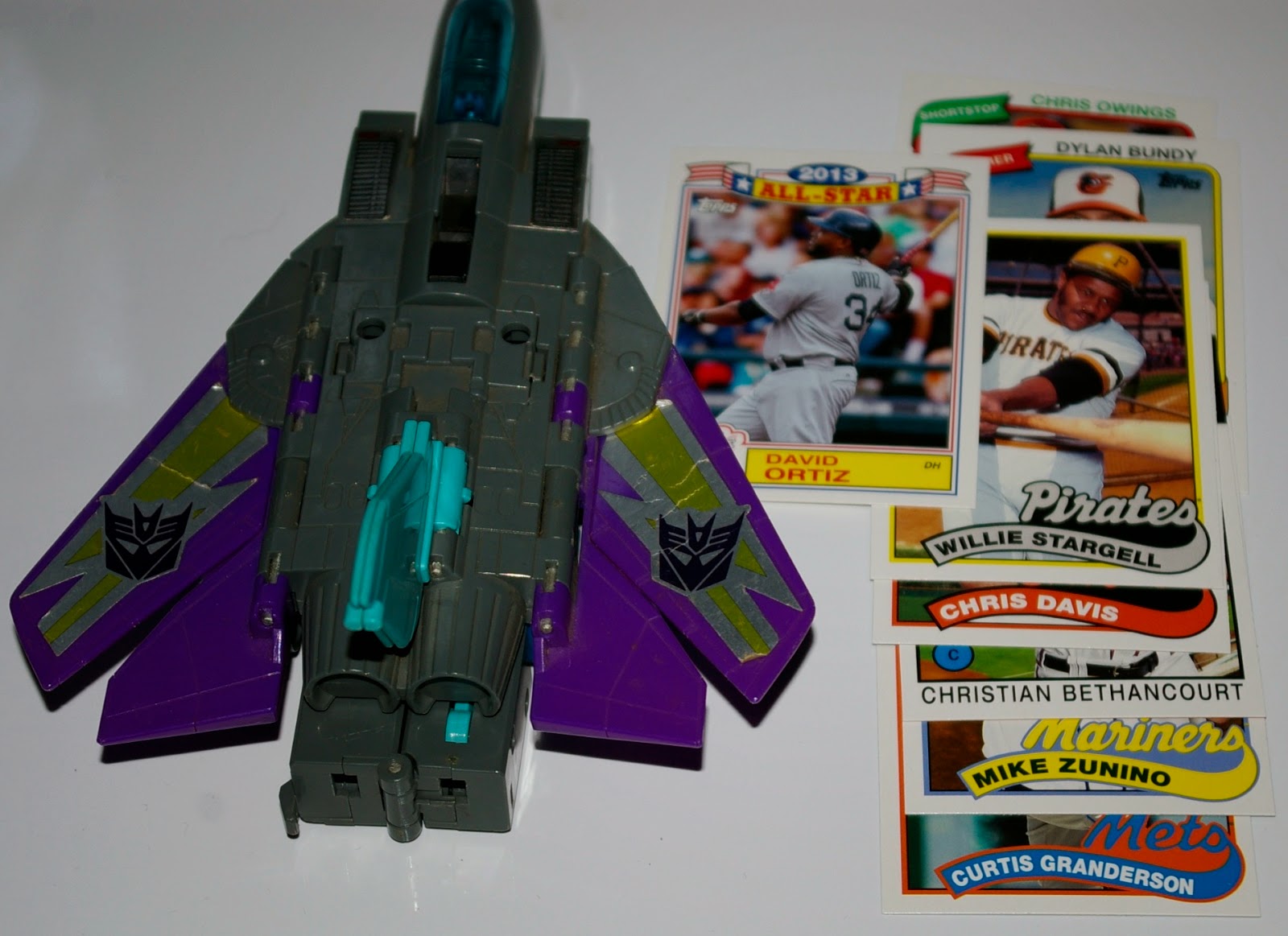 The Pops + Big Papi combo is just too much paternal power to overcome, and the fighter jet reaps the spoils of his victory.

While chilling with his Decepticon buddy Soundwave, enjoying some tunes, the two bad guys are jumped by an off-duty G.I. Joe attempting to put their evil in check. 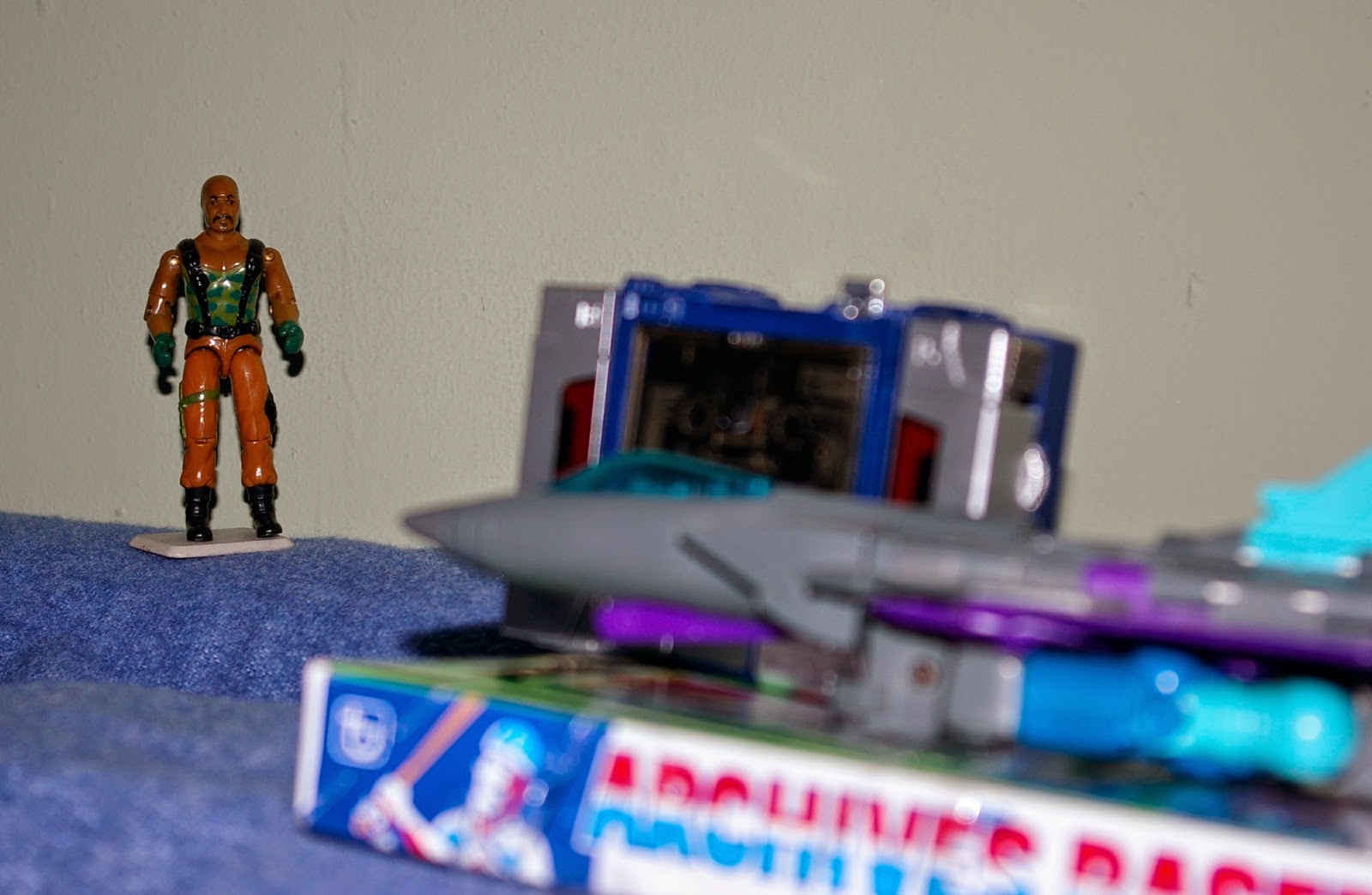 A #/199 refractor of some Pirates dude and a Junior base card pack quite a punch, but a Yogi picture that's been used dozens of times by Topps in recent years sucks some power from the G.I. Joe guy's attack. 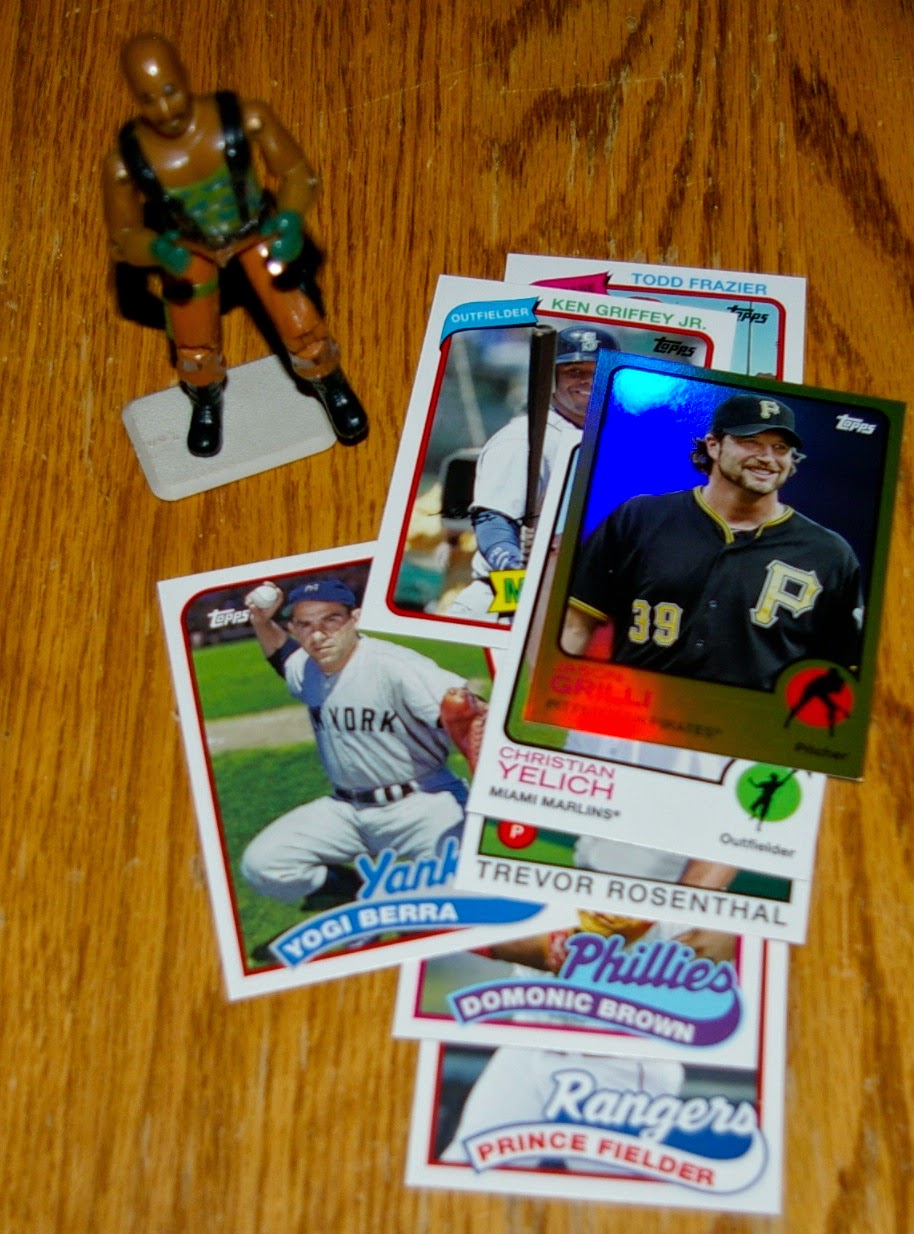 The Decepticons make quick work of things, pulling a Terry Pendleton auto.. not the most powerful possible auto from the pod, but still quite a formidable force. 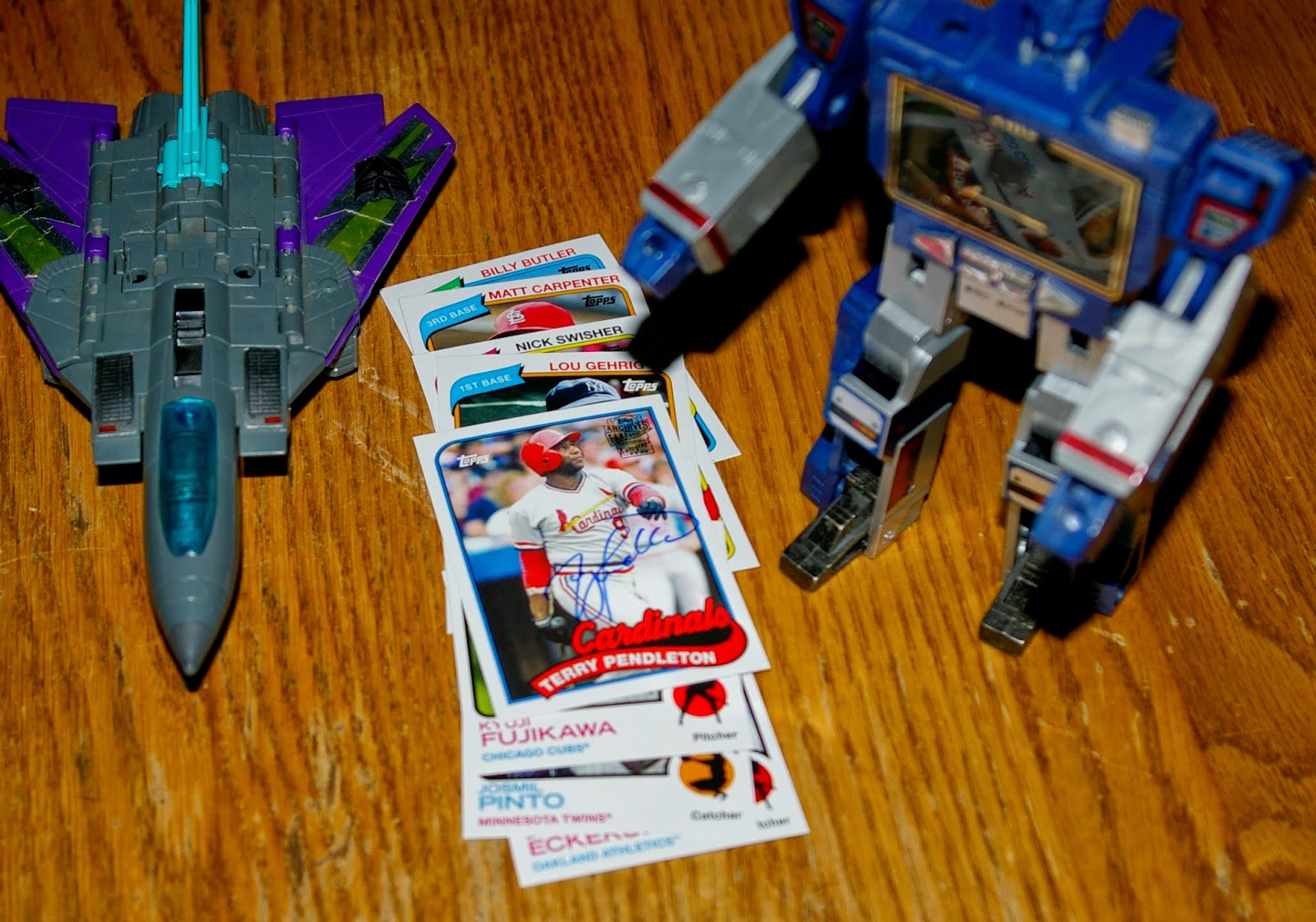 The skirmish quenched, the Deceptions escape with the pod and take off to faraway lands.