Getting a live baseball fix without cable?

I'm back home after a fun, though rainy weekend at the beach. In addition to the dramatic Blazers game I mentioned in my last post, I was able to catch a bit of live baseball on TV. Like I said, I don't pay for cable service at home, so I don't get to watch much live baseball. And so I always really appreciate the few innings per year that I catch whilst on vacation or at a bar with a game on.

It was pretty neat watching MLB Network for the first time. Kinda crazy though, as they jumped around for 3rd outs of several games within a span of a couple minutes. Better that than commercials, I suppose. Oh, and I even saw a baseball card commercial for the first time in my life, as best as I can recall (Did card companies advertise on TV back in the day? Seems like they would, but I can't recall ever seeing an ad.) But anyways, yeah, there was a commercial for 2014 Bowman which was cool to see.

Have any of you guys similarly "cut the cord" to cable, and if so how do you get your baseball/sports fix? I have an AppleTV device and apparently, you can subscribe to mlb.tv for something like $120/yr and watch a bunch of games that way. I'm interested in hearing any reviews on this service, so if you've tried it, please let me know your thoughts.

A few years back, I'd sometimes try online for questionably-legal live streams to catch Chargers games and episodes of Pardon The Interruption. The quality was often choppy or worse, and it was a pain trying to find a "channel" that even worked at all. I soon stopped caring much about the Chargers after they broke my heart for the umpteenth time, and I got a job so I wasn't home during PTI, so eventually stopped trying to find cable streams.

But anyways, I'd love to hear what any of you guys in a similar situation do to watch sports.

When I got home, there were some packages waiting for me, including a trade PWE. So let's bust that out real quick! Yes, 2 blog posts for the price of 1!

Reader John H. (do you have a blog?) is a Mets fan, David Wright specifically, and inquired about some Mets in my 2014 Gypsy Queen trade bait (still a bunch left, FYI; let's trade). I sent him off the Wright SP and mini, and a few other Mets from the set, and he sent me a handful of nice additions to some of my player collections.

Mr. Padre and a couple other greats who spent a little time in SD. 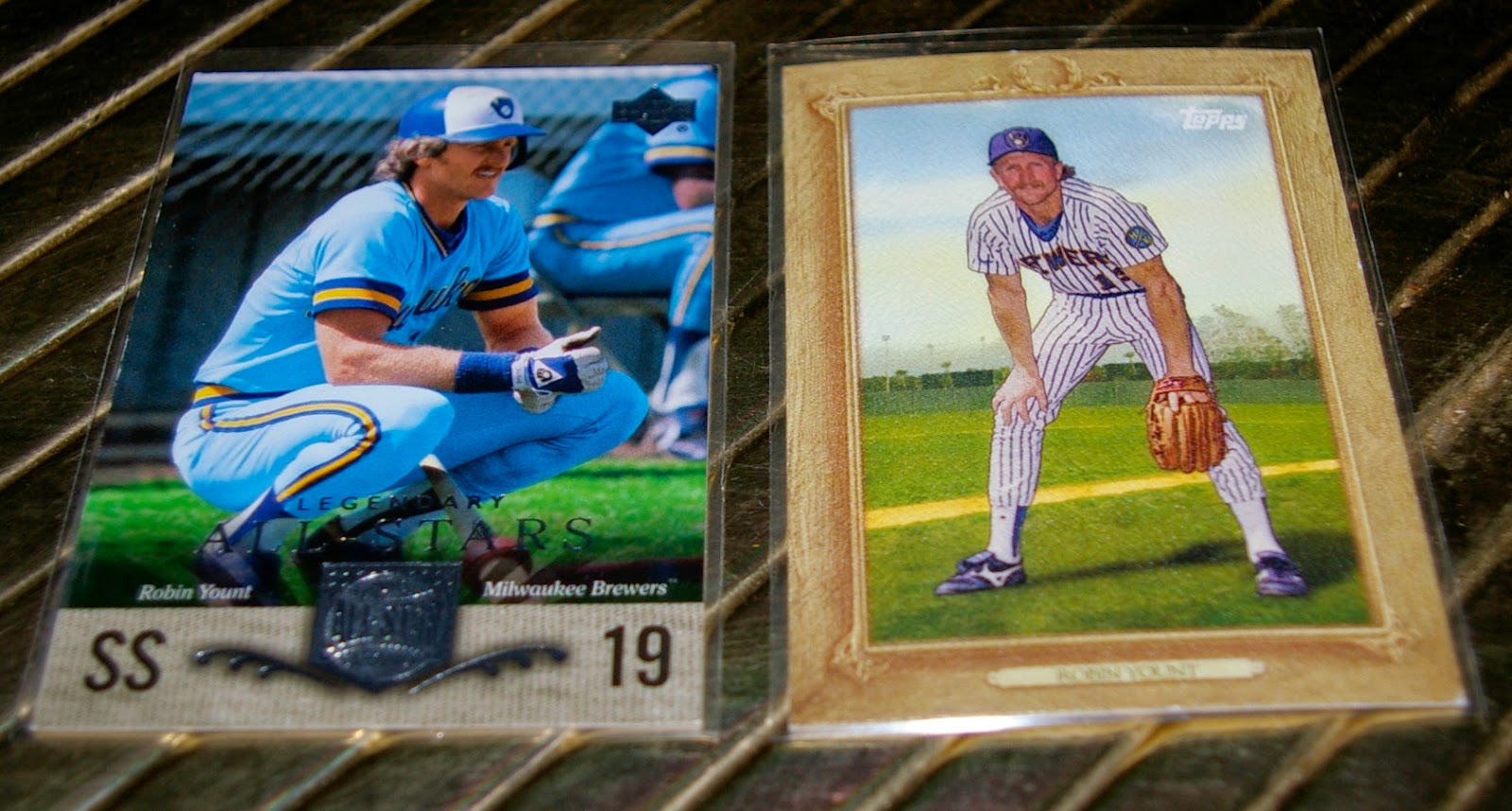 Hey, it's Robin Yount. Did you see the sketch card I made for Tony L. recently? I really wish I were a better artist.. I'd be making sketch cards of José Abreu (or whoever was hot at the moment) and throwing those puppies on eBay making fat stacks o' cash. As it stands, my skills are just a step above stickfigures so I'll be content occasionally making sketch cards to give to my blogging homies. 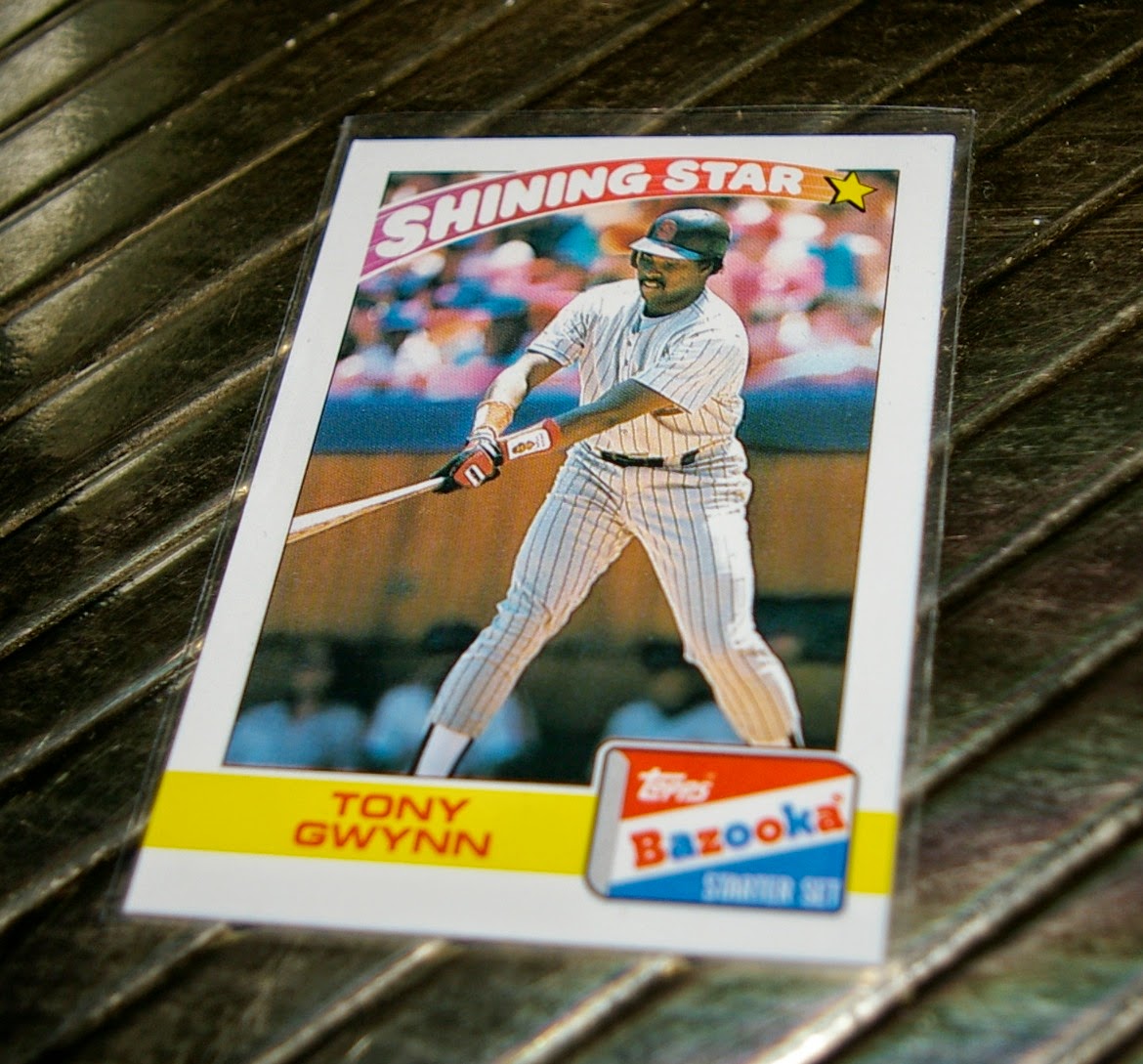 Another Gwynn, this time a Shining Star!! 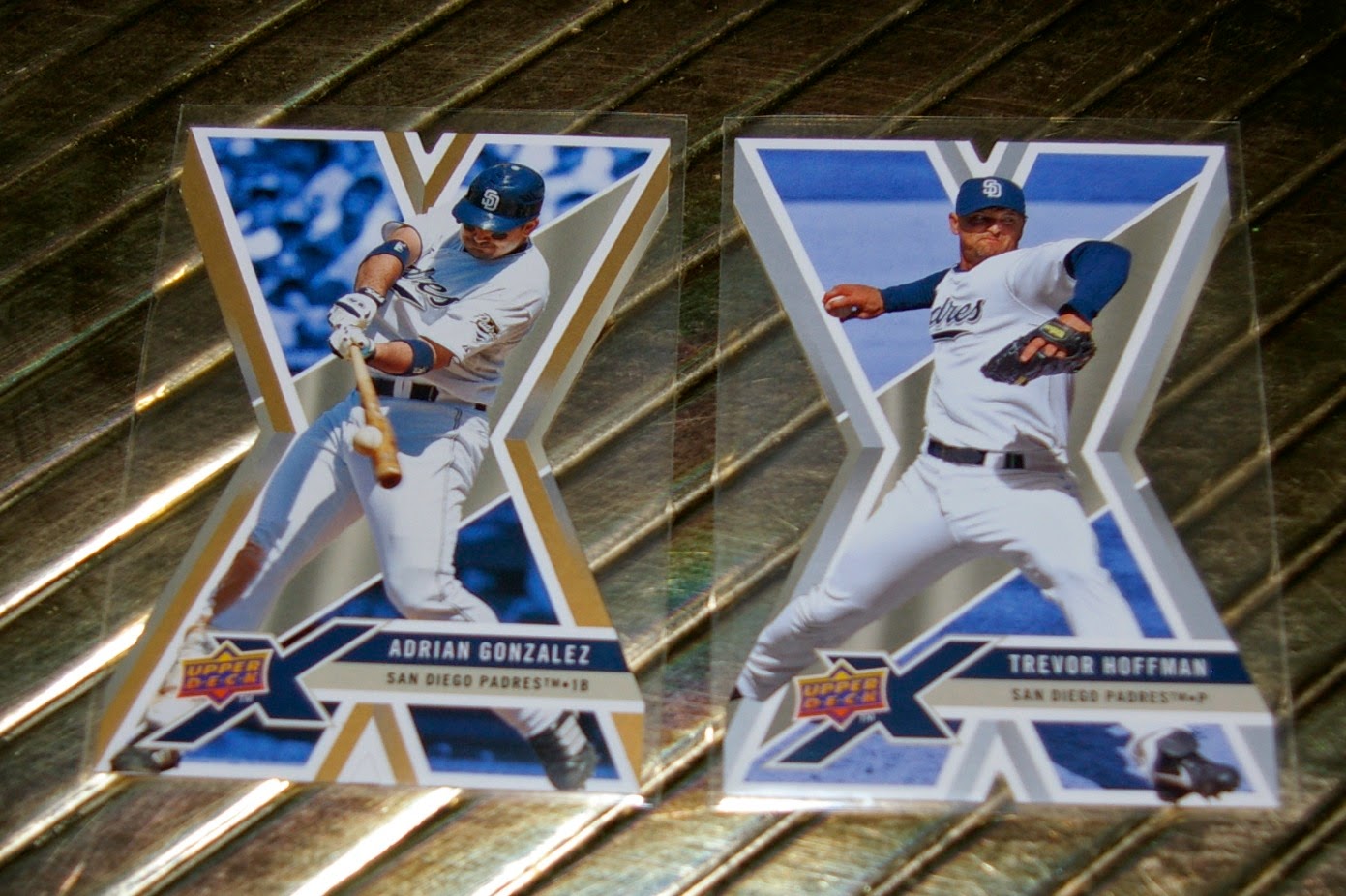 Padres in the shape of X's. 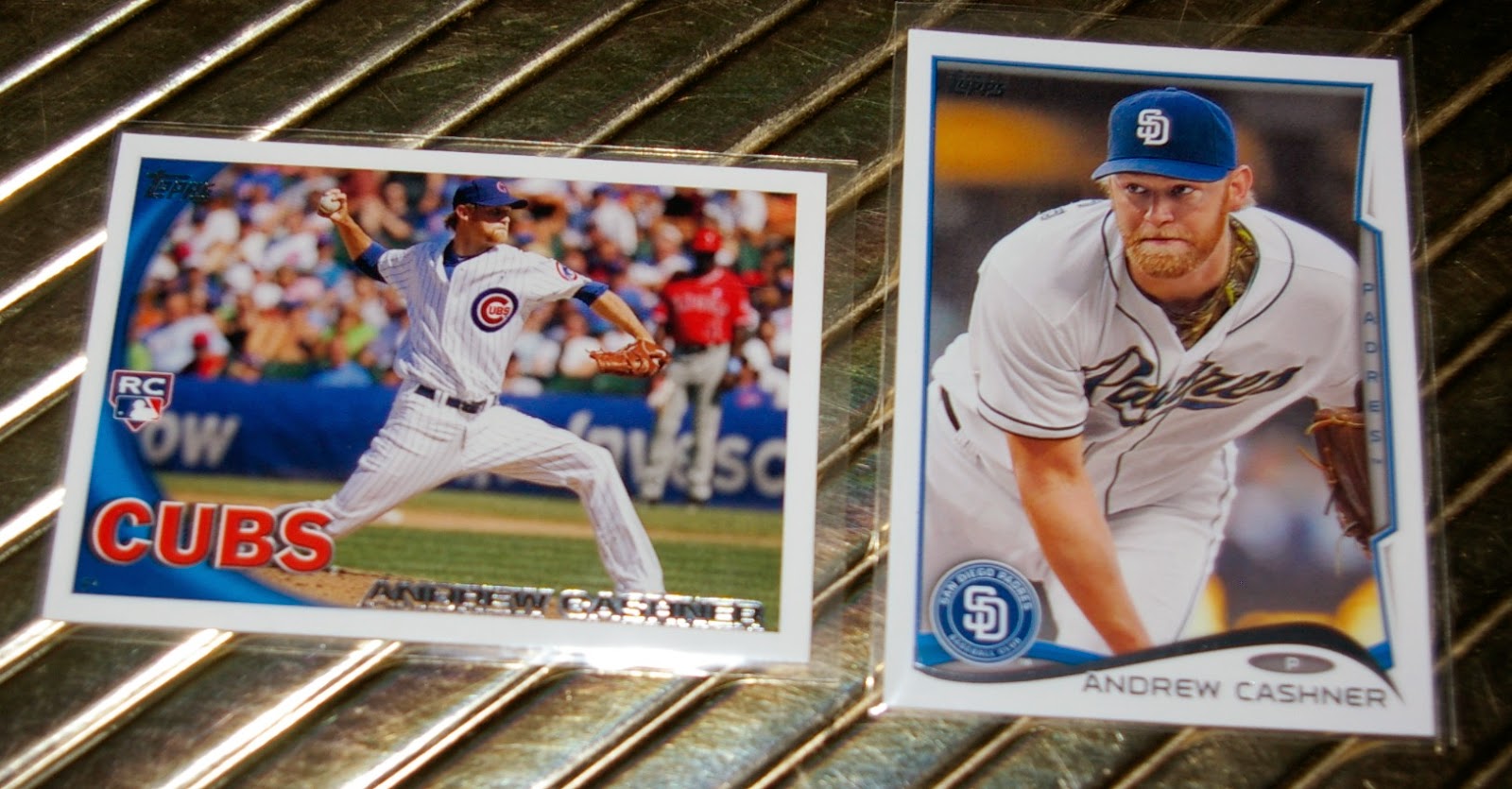 Finally, some Andrew Cashner cardboard. Nice. John, thanks again for the trade.
Posted by defgav at 4:54 PM