Ethan from Playing With My Cards sent me some cards; these ones

Ethan from Playing With My Cards has been one of the top commenters on my blog since the early days, and I love him for it (Don't forget, guys, my blog is currently spam-captcha free! Comment away without fear of needing to enter an annoying code). We seem to be kindred spirits as far as having fun with cards, and our slant to the wacky and random. After nurturing a small stack of cards earmarked for him for several months, I finally sent off a PWE to him recently, and the other day he shot some cards back to me, putting our first trade officially in the books. 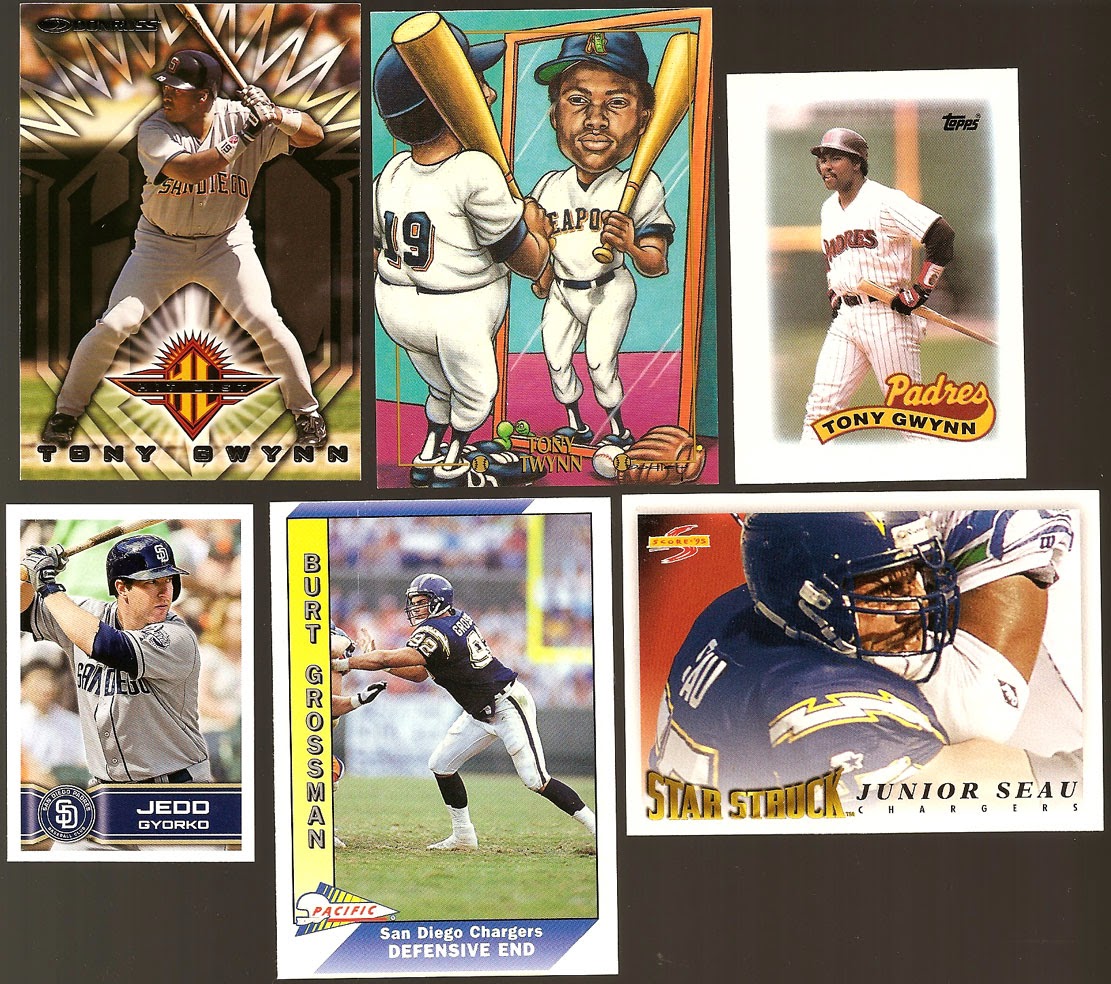 San Diego in da house. Even a Tony Gwynn "dis card".. not the first one I've seen, either. It's bullshit, though; Tony is an infallible saint! Though, sure, if he'd kept his BMI down, he'd probably be the all-time hit king right now. Hey, donuts are delicious, I get it. Life's too short to live on kale and chia seeds alone. 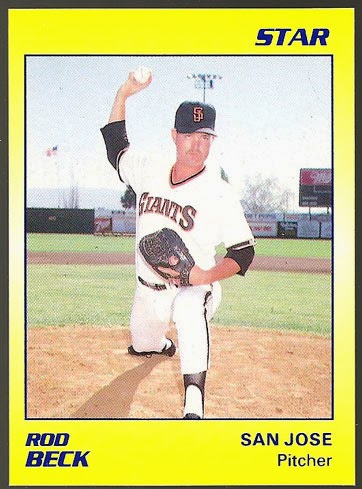 Speaking of which, look at baby Rod Beck with his training-wheels mustache! Aw, so cute! I sure hated Rod Beck when he was with the Giants, constantly wrapping up games against the Padres. But later in his career, when he disavowed his years on the dark side and came to San Diego to fill in for an injured Trevor Hoffman, it was impossible not to like him. The quintessential "guy you'd like to have a beer with", he'd not only have a beer with fans, but invite them over and give them beers from his own fridge. Unfortunately his fun-loving lifestyle slipped to dangerous levels and he passed away not long after retiring. Sad. I recently started collecting him as a reminder to celebrate and respect life. 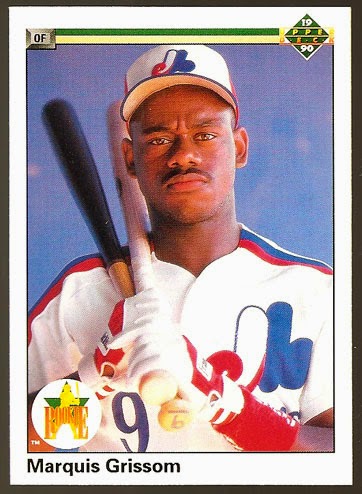 1990 UD Marquis! This is the 1st of hopefully many copies of this cards to arrive via trade (come on, guys, send me all your copies of this card!). Stay tuned for a post updating my project to amass a ridiculous number of this particular card. 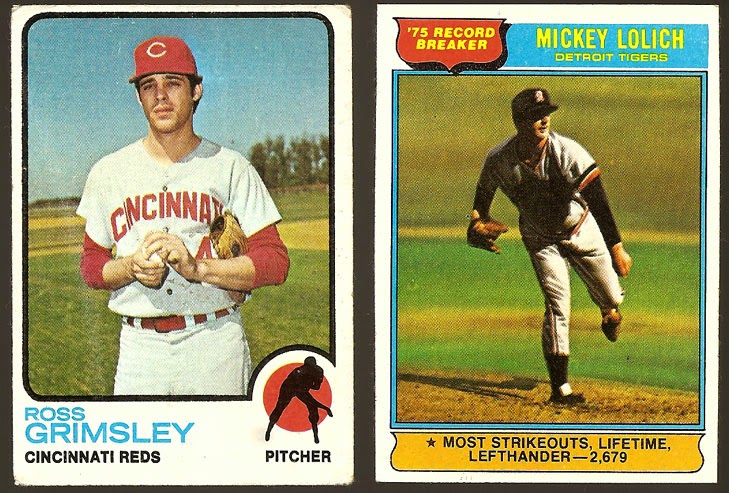 Vintage!, including a '73 Topps card to check off the list. Nice! 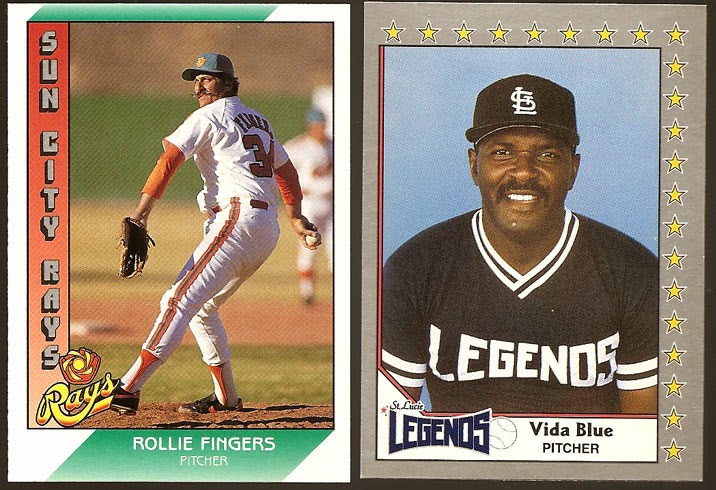 We close this trade package out with a couple senior league cards of guys I collect. Love 'em. If a new senior league popped up with a team in my town, I'd probably buy season tickets. Do you think the time is right to give this concept a reboot? I do. Fingers crossed some entrepreneuing dude out there makes it happen one of these days.

Thanks for the great cards, Ethan!
Posted by defgav at 2:59 PM