Jerry Coleman PC: The Man, The Cards, The Colonel.

You guys lucky enough to spend time in San Diego and listen to the late, great Jerry Coleman call Padre games know he was the bee's knees. A genuine, good guy, fun to listen to, even when he occasionally got confused. Sort of an "honorary grandpa" to every Padres fan.

I've beefed up my Jerry Coleman collection over the past few months. In a drunk post a couple weeks ago I said Dick Williams was the only Padre HOFer represented in 1952 Topps. Well, I clearly forgot about Ford C. Frick Award winner Jerry Coleman! I righted this wrong and picked up a copy of the card last week. I even made sure to get a PSA graded one, since this set has been reprinted/counterfeited numerous times and I wanted to be somewhat confident that I had a legitimate card from 1952.

When the card arrived, it had obviously come under fire en route, with signs of gunfire (or more realistically, a pointy object) puncturing the package! But Jerry Coleman, the only active ballplayer to see combat in two wars, kept his cool and escaped by the skin of his teeth. 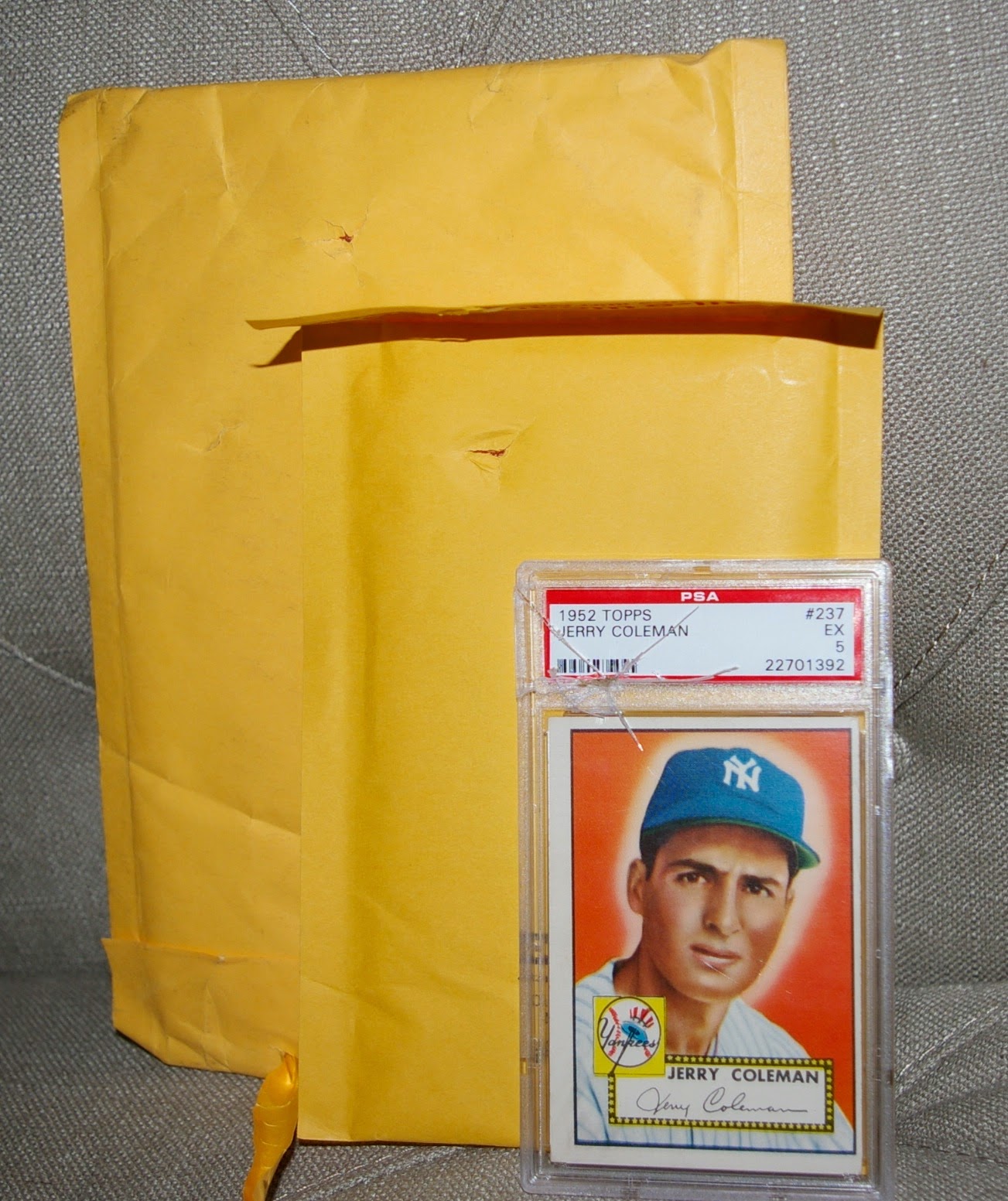 The good news is I'm not really a big "graded cards" guy, and I was able to get the seller to refund me a few bucks to compensate for the case (I don't think it was his fault [he even "double bagged it" with 2 bubble mailers], but the burden of USPS mistreatment falls to the eBay seller), so it all worked out and I freed Jerry from his slab. Again, I just wanted to feel reassured it was legit, so now I'm fine with it being loose. 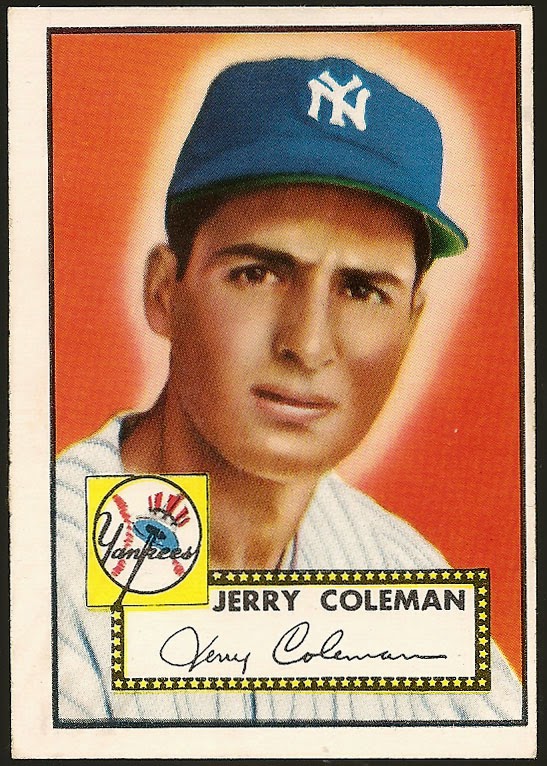 Apart from being off-center, the card is in incredible shape!

This is my first '52 Topps card. I think with this, and a recent '53 Topps addition from JBF which I'll showcase very soon, I may have just achieved a collecting goal of mine to own at least one card from every Topps flagship set 1952 to current. I'll need to actually sit down and figure it out (I might still be missing a year or two from the 50s or the mid 90s-00s).

But back to Jerry Coleman, he packed a lot into his major league career of 9 years, being a 4-time World Champion. And lest you think he was only a lucky sap along for the ride with the powerhouse Yankees of the time, he was World Series MVP in 1950, not to mention the Associated Press' rookie of the year in 1949, plus an All-Star once.

As I alluded to earlier, serving as a Marine Corps pilot in WWII and the Korean War, Jerry Coleman was a war hero, to boot, so it's fitting I'm posting this on Memorial Day. Great to take a moment to appreciate those brave men and women who risk (and sometime lose) their lives for our freedom.

For more on Jerry Coleman, here are links to his b-r page and wikipedia entry. He's got an autobiography out called An American Journey: My Life On the Field, In the Air, and On the Air.. I don't suppose anybody has this they'd be willing to pass off? I'd like to give that a read sometime.

Back to cards.. I was able to acquire this beautiful autographed card recently. 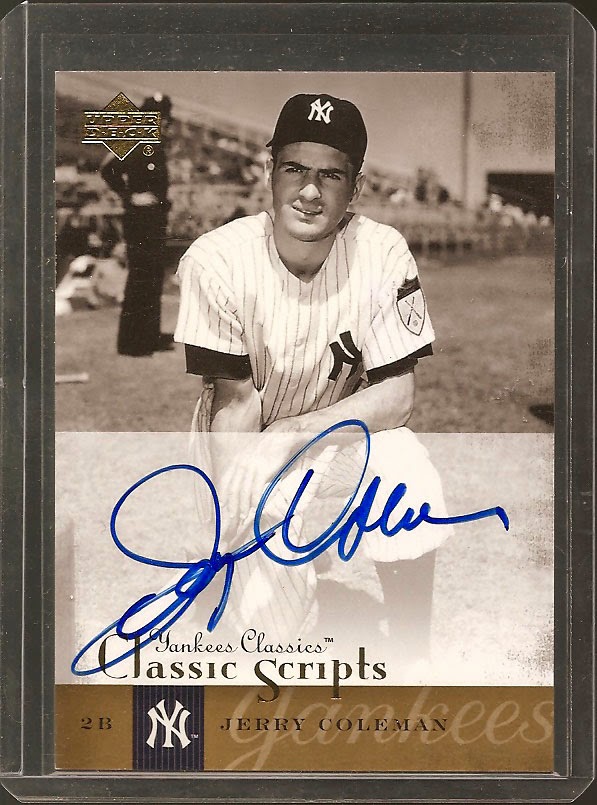 Love this card! Not a bad deal, either. I've got a similar Steve Sax auto from this set, seen back during the Simpsons Fortnight.

Here are a few other Jerry Coleman cards I have.

Being a Padres fan, I don't have many excuses to go after vintage "commons" that fit in my collection, but luckily Jerry Colman and Dick Williams have Padre ties that give me a reason to go after cards from classic sets from the 50s.

If you've got any Jerry Coleman cards not shown here that are available for trade, please let me know!

Thanks for stopping by. Hope everybody has a great Memorial Day.
Posted by defgav at 10:00 AM