OK, we've got our contestants all set for the 2014 Gypsy Queen auto Twitter contest. Pretty decent turnout. Thanks to everybody who got on board and helped me achieve a modest number of Twitter followers!

Here's the fun part. I put everybody into a spreadsheet (follower = 1 entry, follower who retweeted = 2 additional entries) and alphabetized it, then entered the list into random.org and randomized once.

Now, before the "#1 person" gets too excited, remember that this list is not picking the winner, it's only assigning numbers. The winning number is the total number of hits in the May 2nd Padres vs. Diamondbacks game. (Random!) 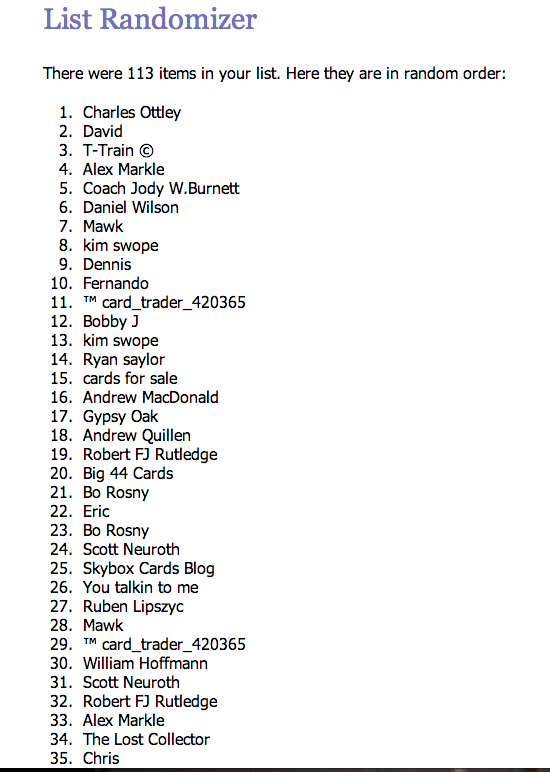 For example, if there's a pitchers' duel and the two teams combine for a total of just 3 hits between them, the winner would be T-Train. Get it?

And while it's doubtful the bats will come alive enough for it to be a factor, here's the rest of the list for the heck of it:

So keep an eye on Friday's Pads/D-backs boxscore and good luck!

And for those of you who missed out, don't fret, as I plan to do more contests in the not-too-distant future with some pretty sweet prizes.. HOF autos and the like.. so stick around!
Posted by defgav at 12:26 PM