I generally like Topps Archives. It's a very divisive product, I know. But back in 2012 when I was just giving a curious look at what the hobby had been up to for the past couple decades, it was 2012 Archives that made me say, "Hmm, it'd be fun to rip a few packs of that!" Drawing me in with sentimental, familiar designs, and a mix of old-timers I knew and new guys I mostly didn't, next thing I knew I had dropped probably about a hundred bucks on blasters chasing a hit, any hit (never did pull an auto or anything really cool like that, sadly). And that was basically how I stumbled back into collecting baseball cards. Here we are a couple years later and I've pretty much gone full-bore and I'm even blogging about it a few times per week.

So call me a softy/sucker for Archives, but I pre-ordered a hobby box of the 2014 product the other day and eagerly expect it at the end of the month. With 2 guaranteed autos per box, looks like I'll finally get the longed-for hit that several blasters of 2012 and 2013 Archives couldn't deliver. Sure, I'll just pull the likes of Wally Backman and Adam Eaton, but I'll take them, even though I'll have overpaid a bunch. ($90 for the hobby box.. ugh.. no more 2014 product for me. I'm done.)

Stay tuned for a future post where I bust the box (At least I had the self-restraint not to spend a grand to crack a case.. believe me, I wanted to!)

But for now, let's enter the world of imagination and take a look at some fun/fake highlights that 2014 Topps Archives features! This is a silly recurring feature called Parallel Universe. 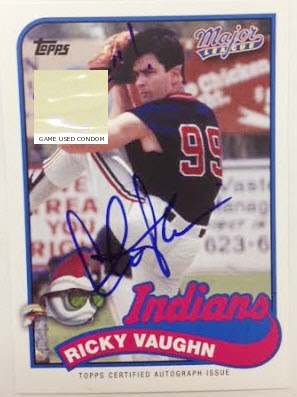 This year Archives celebrates the 25th anniversary of the film Major League with special inserts. The most sought-after will surely be this auto/relic featuring a piece of a condom from a lovely night Charlie had with an escort whilst filming the motion picture. 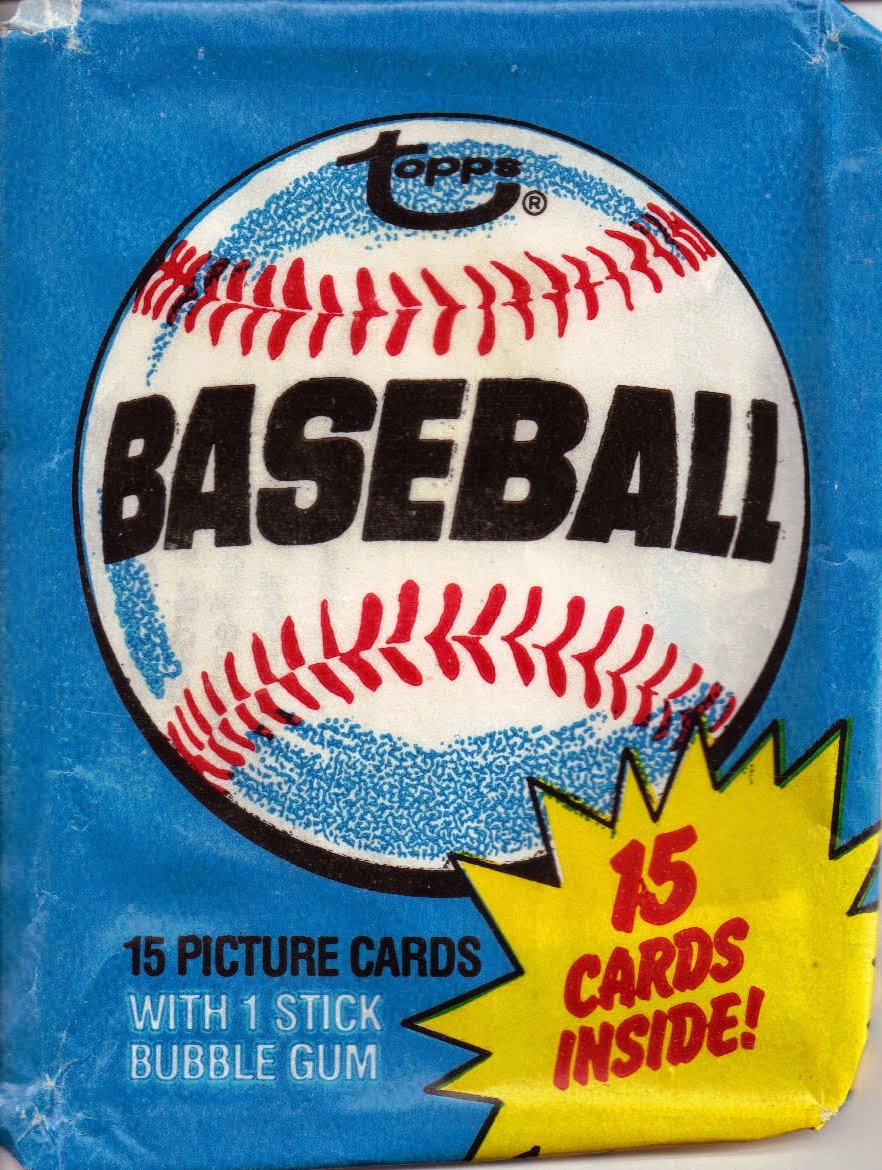 They sure do fuckin' love 1980 Topps. It was just back in 2012 Archives when 1980 Topps was a featured design. And now this year, 1980 Topps is again one of the four featured designs in the base set. And they didn't just stop there! Certain "1980 hot cases" will be nothing but a case of 1980 Topps wax packs that the company had sitting unsold in a warehouse upstate. Good luck pulling a Gem-Mint 10 Rickey rookie! (Actually, this would be pretty cool. Who would be upset finding out the case of 2014 Archives they bought was actually 1980 Topps? But 1989 Topps on the other hand, you've got a lawsuit on your hands.) 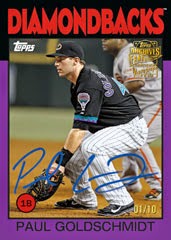 In an effort to create "the ugliest card design of all time" Topps has taken 1986 Topps and made a purple border version. The result is, in a phrase, A delightfully nauseating affront to all of God's creation. (This is not a fake card, this is apparently real!)

That's it for this time. (Sorry if this episode was a bit phoned-in. And I hope the condom thing wasn't offensive to anybody.. forgive my occasional lapse in good taste.) We'll catch ya next time.. here in.. the parallel universe!!!
Posted by defgav at 3:56 PM