Here are cards I bought at the card show today

My third card show (as an adult) is in the books. The first show, I mostly stuck to the Vintage Guy's boxes. The second show, I was all about the old biker/hippy guy with a big variety of $1 cards. At this, the third show, I split my time between both those guys.

1951 Bowmans for a buck or less are pretty hard to pass up, regardless of condition or the fact their names don't especially ring any bells for me.

Joe Dobson was pretty cool, with a fun fact being he was Ted Williams' personal batting practice pitcher on the Bosox the year he hit .406. Roy Smalley is apparently the most recent player to commit 50+ errors in a season. Buddy Rosar was one of the AL's top catchers of the 40s, making the All-Star team 5 times.

And here's the other 3 cards. Not too familiar with Dick Stuart, but Kaline and Killebrew on a vintage card gets my attention (scanner cut off the bottom a little). Vintage Don Zimmer cards are always fun. And Roy Face and Hoyt Wilhelm together is pretty cool, too.

The other guy didn't have the 7-for-$5 special he had last time on his dollar boxes, which was kind of a bummer. I ended up picking up 12 from the dollar bins and 4 from the quarter bins and got them for $12 total, which isn't too bad. 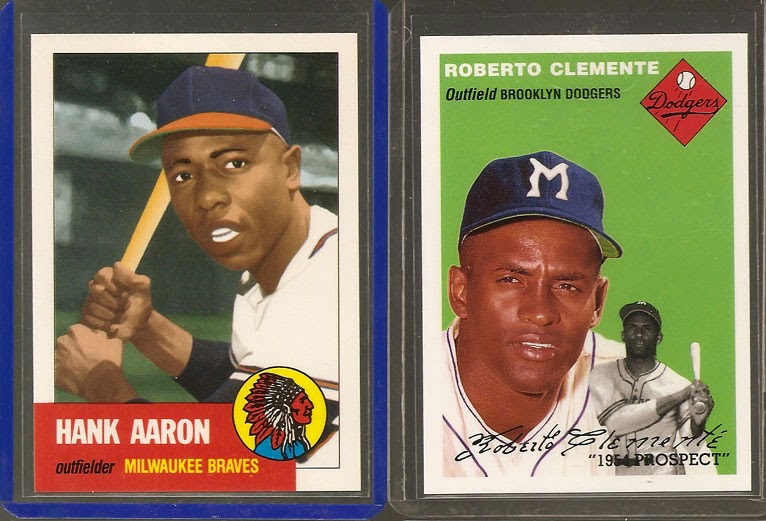 Here are a couple pre-RC "cards that never were" cards from the old iteration of Archives. I've seen them online and thought they were neat. The Clemente has a nasty crease I didn't notice at the time, but oh well. 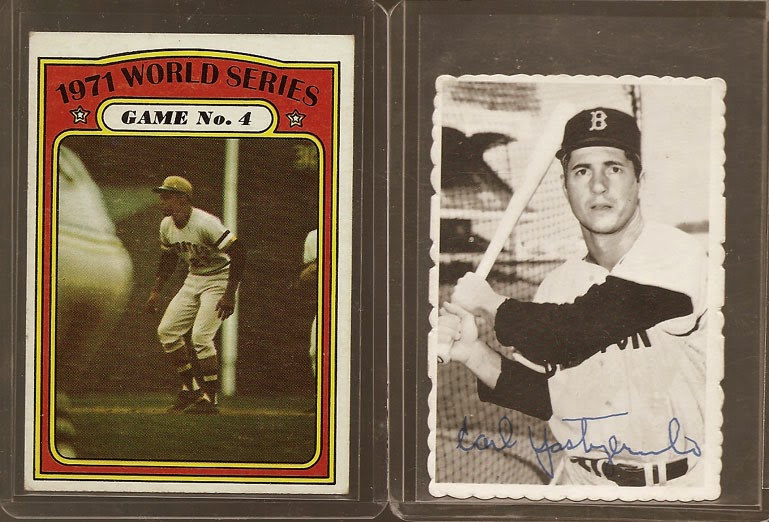 Here's another Clemente. And a Yaz. 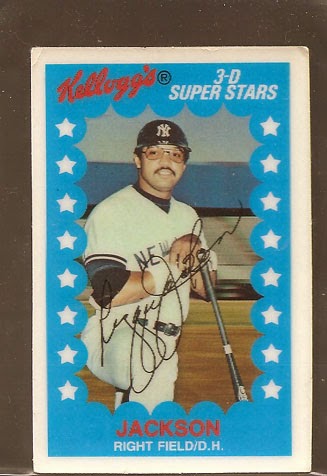 I seem to pick up a Kellogg's card at every show. Nothing wrong with that. 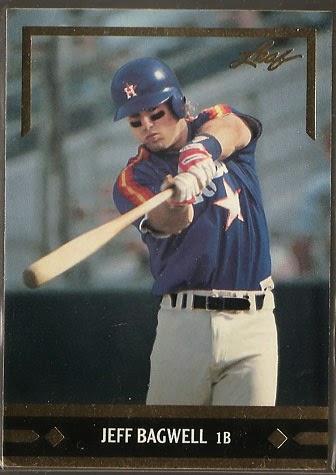 I've always loved the look of these 91 Leaf gold rookies. 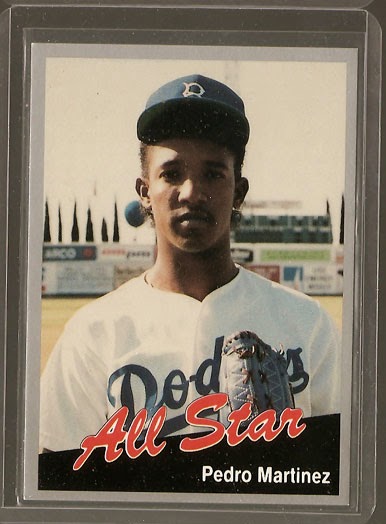 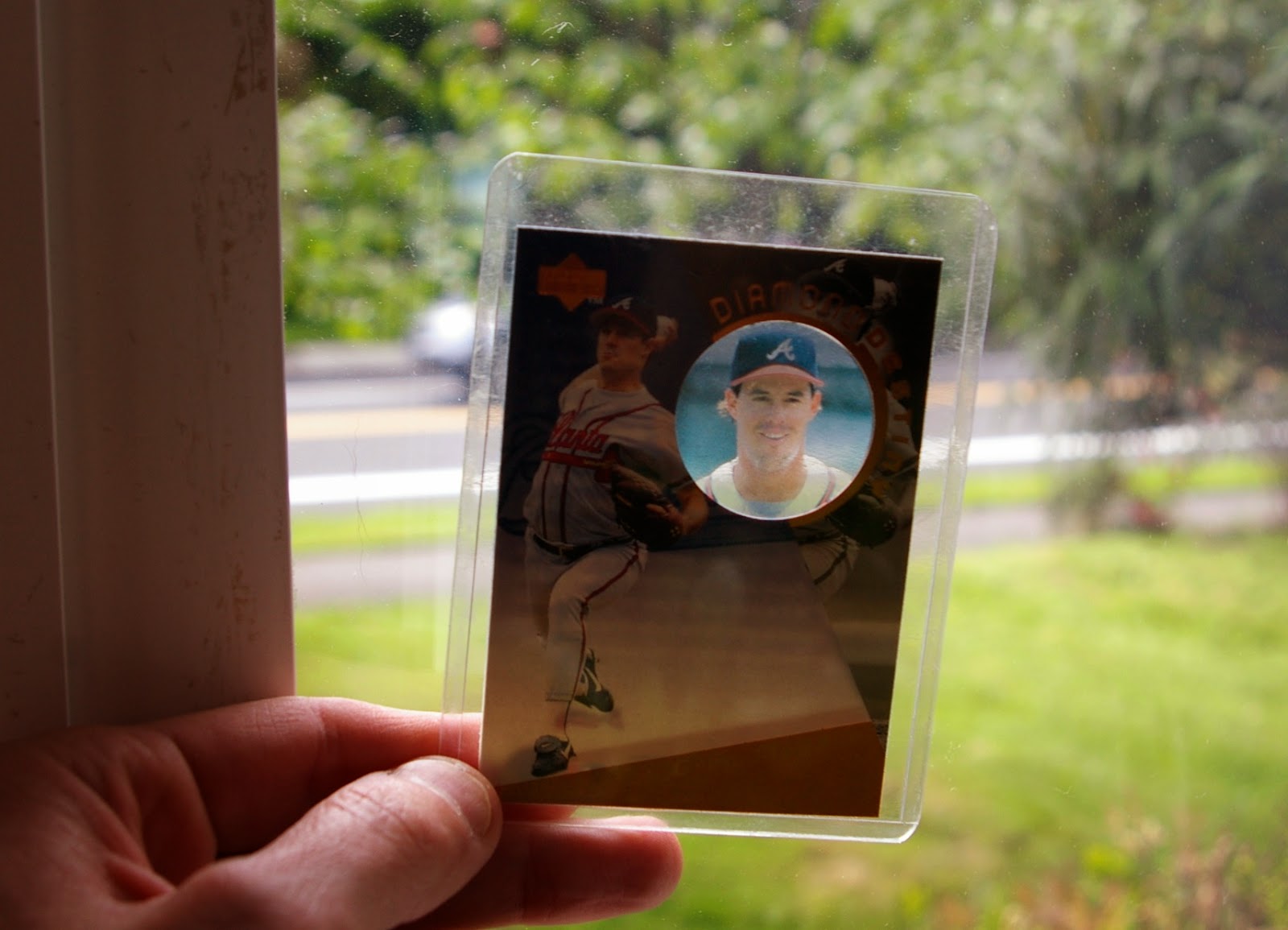 Here's a photo of a car driving through a baseball card.. Something you don't see everyday! 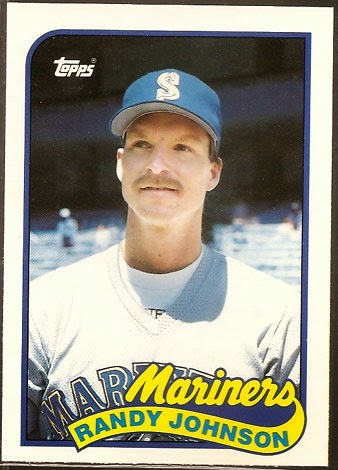 Here's one of the 25 cent cards. I've got a couple 89 Topps Big Unit rookies, but don't recall seeing this Topps Traded card before.

More quarter cards. These are nice additions to my glow-in-the-dark card collection. The dealer also had a few of the non-glowing variations, but the glowing ones are slightly yellow on the "stitching" on the sides. Hard to tell the difference unless you see them in person. Here they are somewhat in action:

That's about it, plus 3 or 4 more cards I picked up to send off to people.