Nate at Big 44 Sports Cards set aside a sweet Gyorko refractor auto for me a few weeks back. I was hoping to stumble on a comparable Pirate hit to trade him, but one didn't materialize. He recently checked in with me about it, and I thanked him for looking out for me but gave him my blessing to trade it elsewhere. But the nice guy he is, he went ahead and sent me the card anyway for future trade considerations. 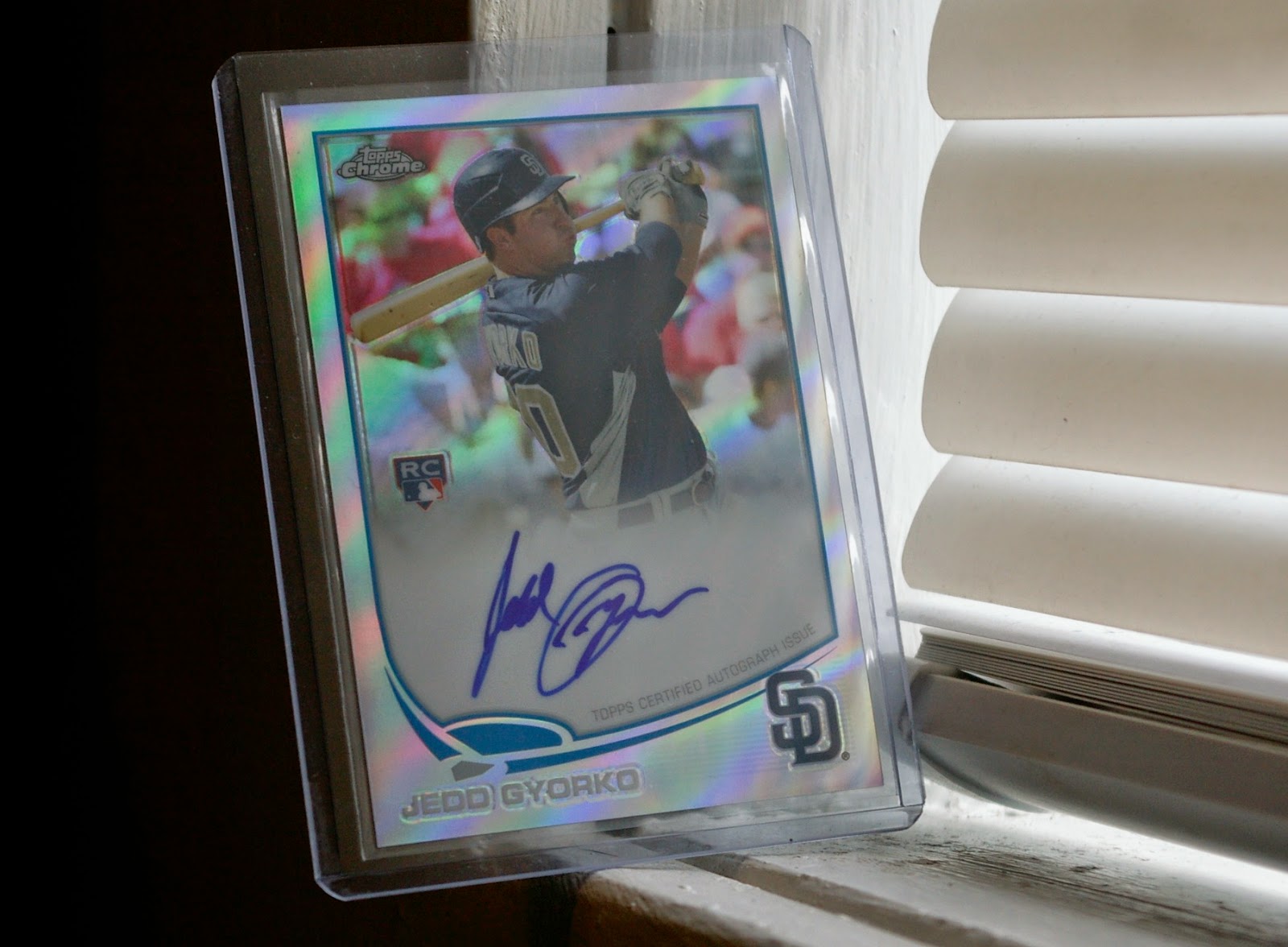 Very cool! Jedd had a monster game last night (3-for-4 with 2 HR and 6 RBI), so hopefully he's breaking out of his season-long slump. Thanks again, Nate! I'll keep an eye out for any sweet Pirates and hopefully get ya back before too long.

Tony L. at Off Hiatus Baseball Cards ran a contest recently.. When I first scanned the "results" post, I didn't see my name atop either of the random.org lists.. Needless to say I was fighting back tears, cursing the fates, etc. But then I went back and actually read the post and Tony "made it rain" with spreading around prizes, and I was lucky enough to be 6th out of 6 lucky winners. After the other 5 picked out cards from the prize pool, I managed to get my 2nd choice.. 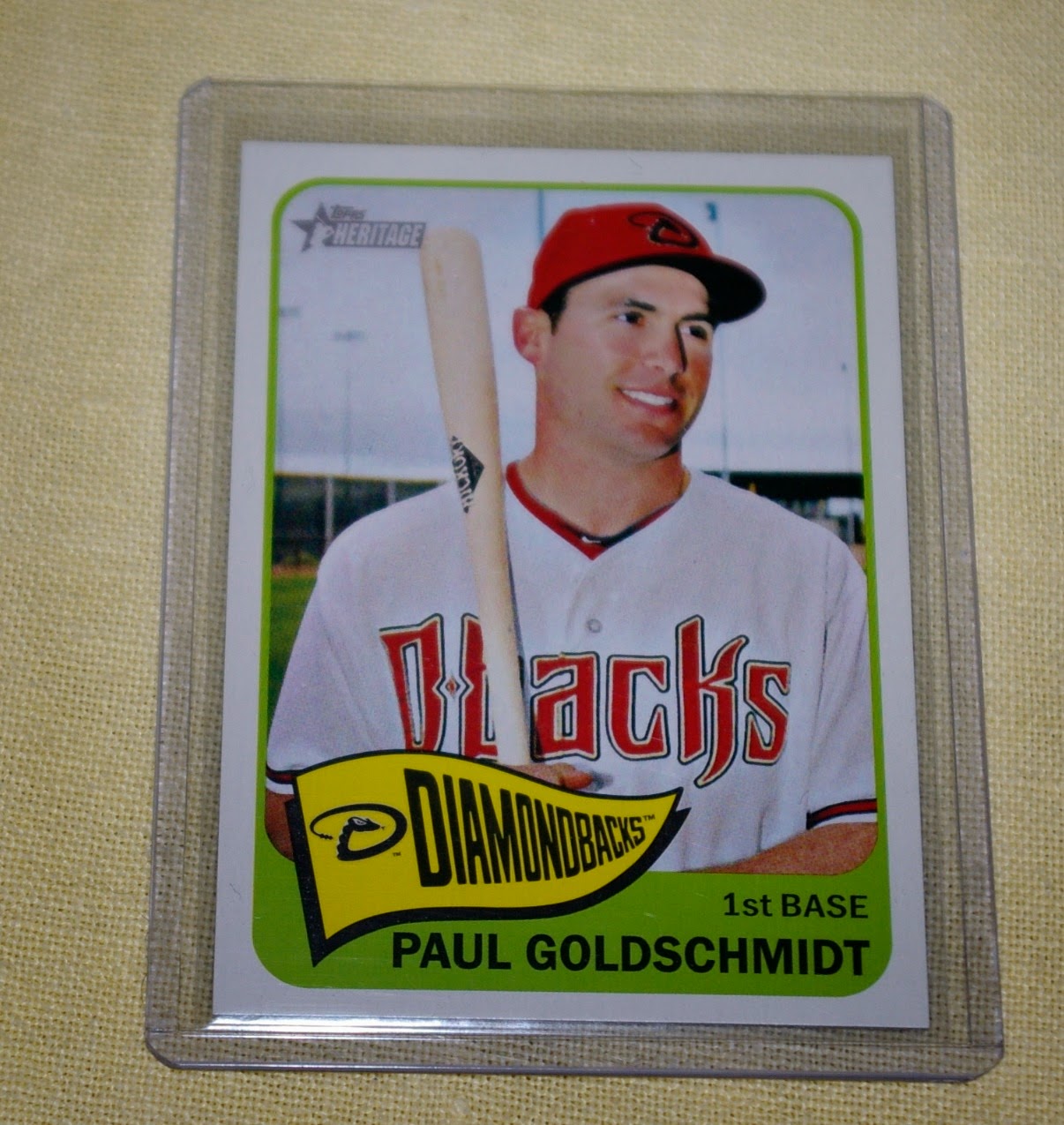 That's the logo variation ("snake D" instead of the "block A" logo). Not bad. After landing a Goldschmidt auto in that Gypsy Queen group break last month, I've been inspired to start a little PC for the guy. I haven't officially added him to my "guys I collect" list, but will probably start keeping his cards as I come across them rather than funnel them to the trade stacks.

Tony also threw in a Vince Coleman 1985 Topps Traded XRC that was originally brought up in discussions for our recent trade, but didn't make it into the package. Tony overwhelmed me with the cards he sent in that trade, so I forgot all about it till mentioned later that he neglected to include it. 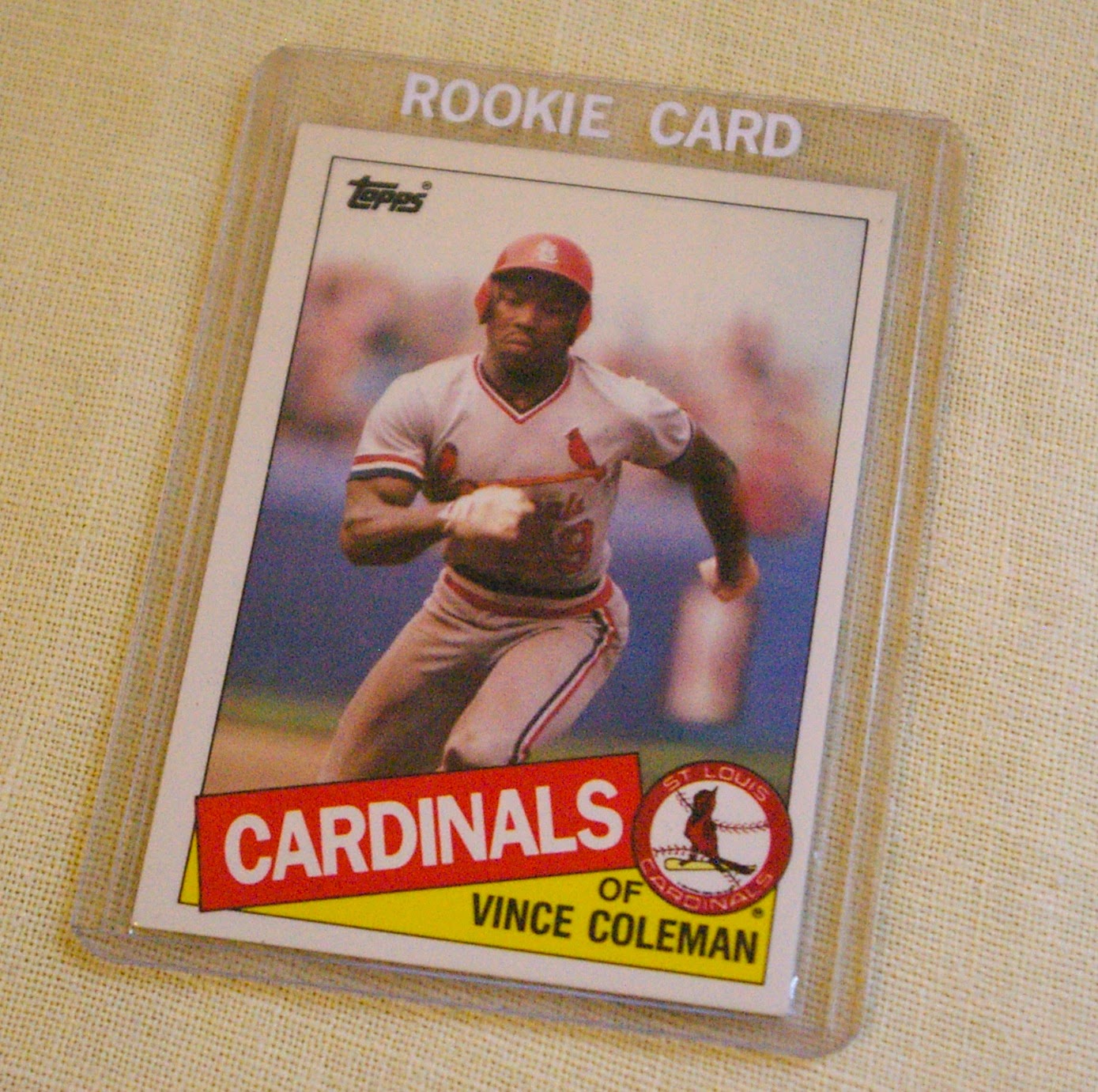 Vince Coleman was one of my favorites back in my younger days. Since sprinting on the track team was the only sport I really excelled at, I had an affinity for base-stealers, my speedy brethren. While I'm not a huge fan of Vince anymore, this is a great card I always wanted so I put it up on my Desperate Dozen a while back. Much better picture than the boring headshot used on his 1986 Topps RC. So yeah, great to finally own this card. Thanks again for everything, Tony! I worked in the Clash song for ya.

Next we have a trade with Oscar/Stealing Home from All Trade Bait, All The Time. He graciously relieved me of some of my 2014 GQ Dodgers and overdelivered with a bunch of cards of guys I collect. 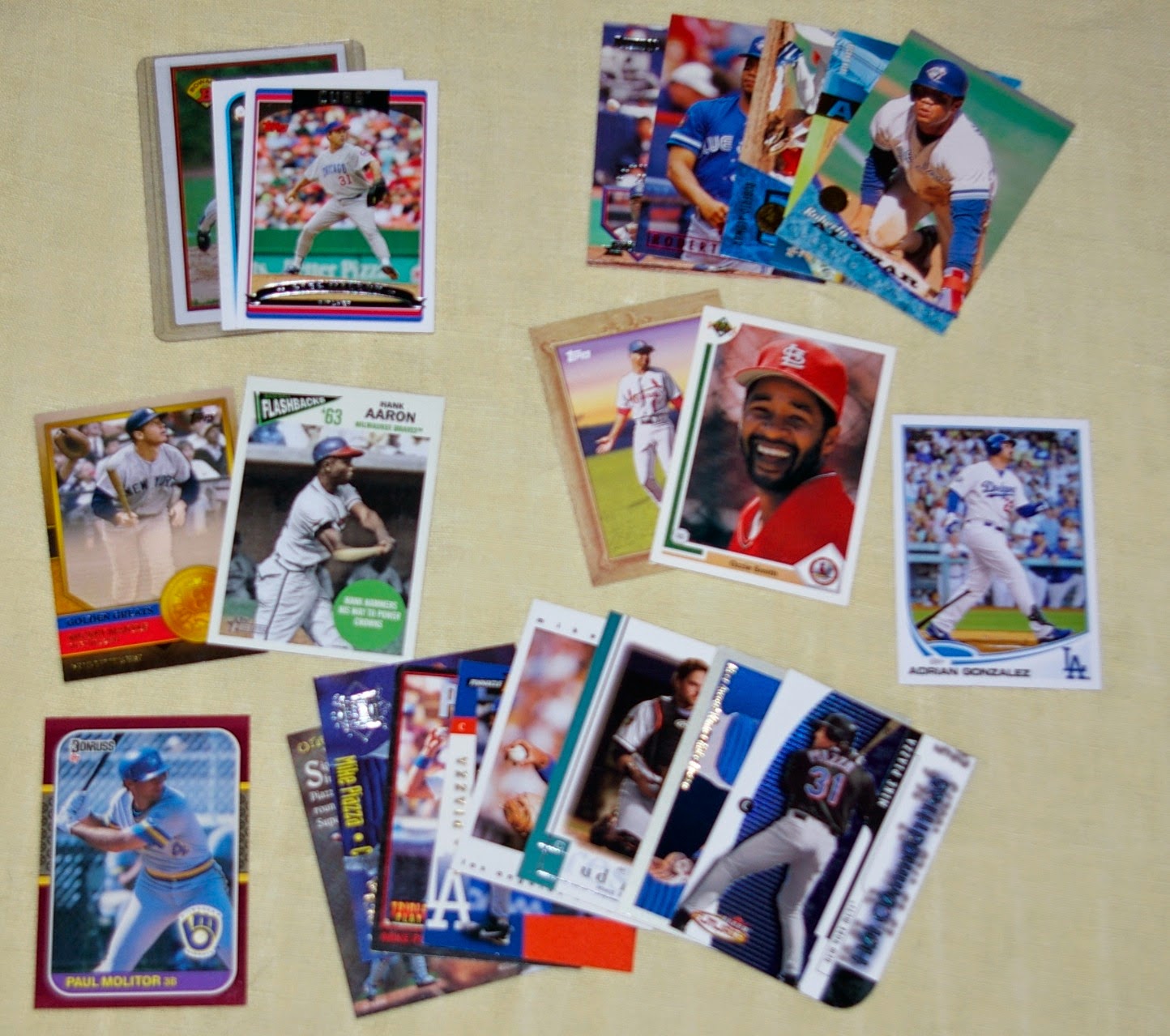 Thanks, man! Too kind.

And continuing the "the card blogosphere is full of wonderful, generous people" theme, there are a few active contests I'm aware of that I should plug:

Play at the Plate got a hobby box of 2014 Bowman thanks to a hook-up from Topps and is giving it away to celebrate his 2000th post. Plugging the contest gets extra entries, so I'm sure you've already heard about it several times, but oh well! It's a great blog. Go enter! This one just lasts till the end of the weekend.

Dodger Penguin is giving away a bunch of Bowman Dodgers, so if you don't hate LA, go enter! This contest lasts all May.

The Chronicles of Fuji has a huge "1000th Post" contest where he's giving away 1000 cards spread out over 4 winners. Go enter! This contest stretches into the first week of June.

Oh, and one last thing.. Remember my Listia win last month that arrived postage due and cost me $1.63 and an uncomfortable post office visit? Well, it took a while, but the Listia seller finally made things right by mailing me a couple bucks cash. Nice! That closes that story with a reasonably happy ending.
Posted by defgav at 10:31 AM