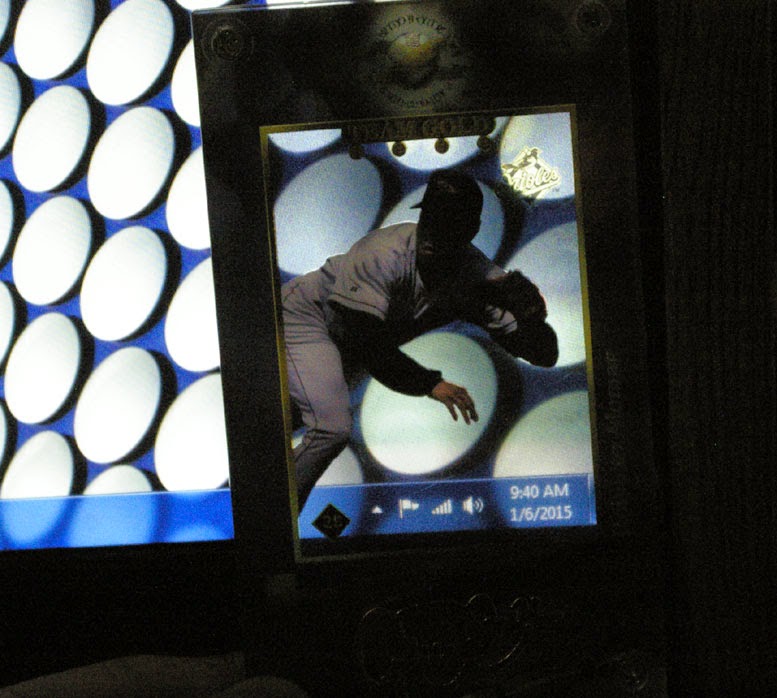 This week's Listia winnings roundup kicks off with a couple weird cards. 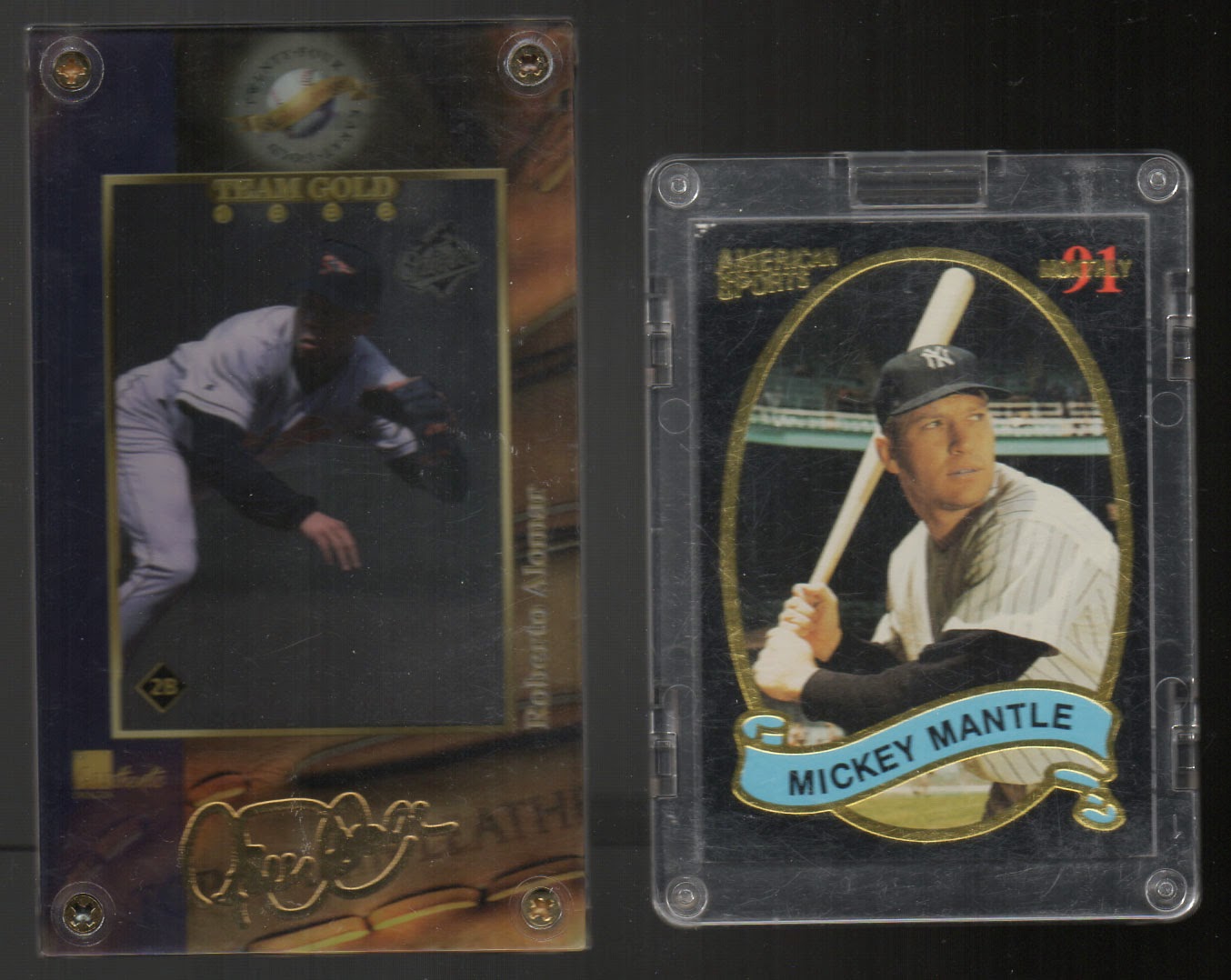 They were separate auctions by the same seller, and he must be a heavy smoker because they reeked out of the package.

The Mantle is an American Sports Monthly oddball from 1991. I probably overpaid for it (8084 credits; didn't notice the chewed up upper-left corner at the time), but I'm a sucker for a cool looking Mickey Mantle card in a hard case.

As for that Roberto Alomar card... well, it has a Shyamalanian twist to it. It was a bit cheaper than the Mick, but in the same neighborhood. It's from the by-gone days of companies trying to trick people into thinking precious metal was actually involved in the production of sportscards, like a couple cents' worth of gold leaf (or more likely, gold-colored foil) somehow turns a piece of cardboard into something to keep in a safe deposit box. This one is a fully-licensed release from a manufacturer called Authentic Images, and the set is apparently called Team Gold 1998. It's serial numbered 471/1000. As you can see, it comes in its own special screw-down hard case and the card seems to feature cool see-through acetate.

But wait.. What's the twist?


There is no card! The company just printed up these special hard cases. There's nothing inside. It's all just printed directly on the case. I had never heard of such a thing! Blew my friggin' mind. 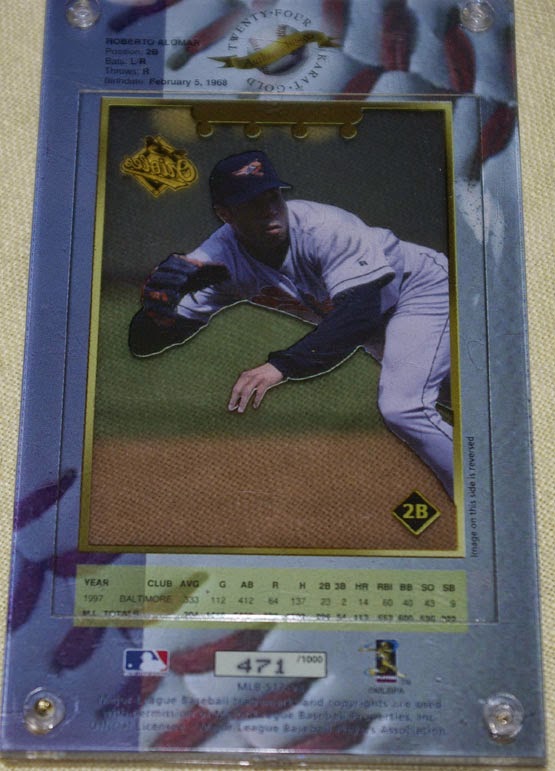 The stats box not matching up with the border of where the card should go gave it away.

But whatever, it's kind of a cool oddity for my collection, so I'm ok with it, even though the auction didn't mention it being a phantom card. But man, that's crazy, right? Anybody hear of these things? Maybe I should put a card in that case.

LOL, what is the point of the small text noting "Image on this side is reversed"? Like some dumb kid is going to think it's a reverse negative error or something?

By the way, 471 is the exact number of games Roberto played as a member of the Cleveland Indians. That means I own the "total games as Cleveland Indian eBay 1/1" copy of this card collectable thing! One of one! 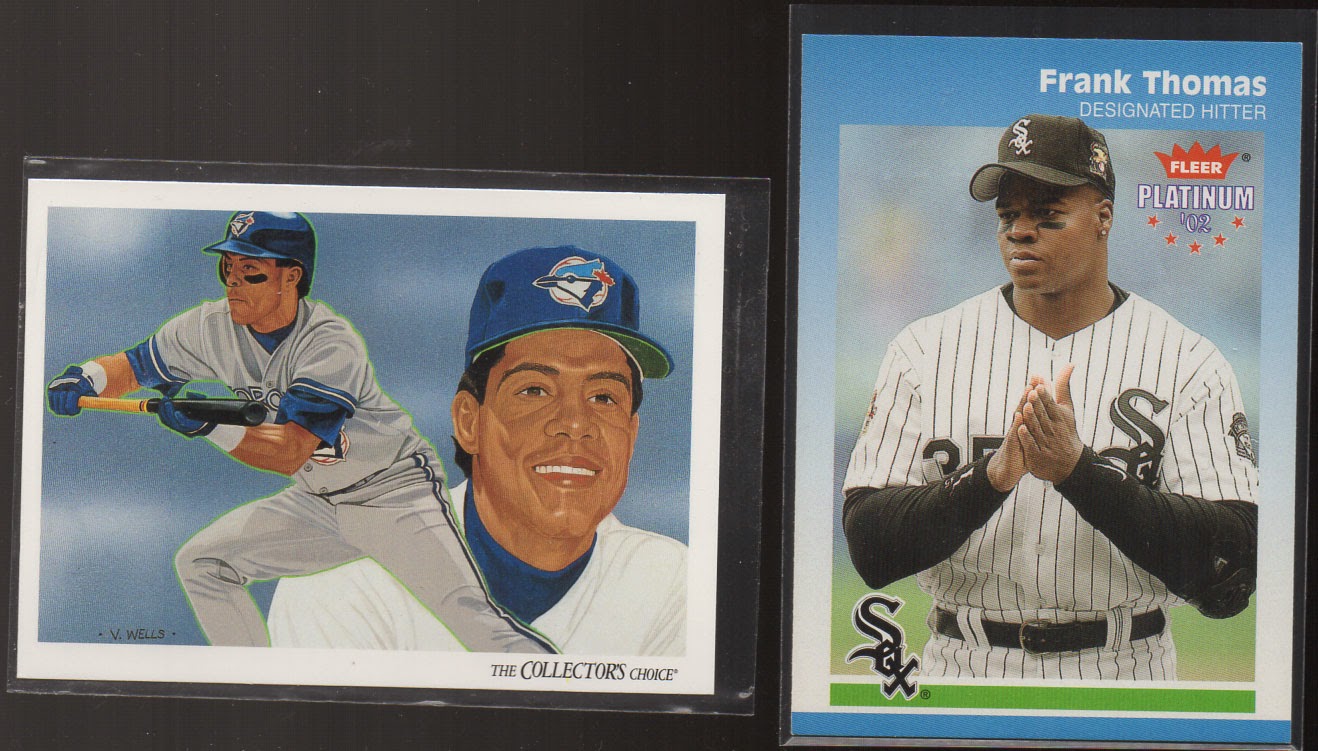 Here's another Robbie.. a much, much cheaper one. You see, I'm in the home stretch of getting him into my Hundred Card Club (I'm at about 75 different cards now.. and yes, I'm counting that case as a card, even though you and I both know there's no card), so I've started the push to knock him off my wantlist sometime soon by being more active with picking up his cards. And before you go shipping a brick of his cards to me in trade, please know that I already have most of his common junk-era cards (ie, from his time on the Padres and Blue Jays). I could really use more of his later-career cards, though.

And as for the Frank Thomas, it was cheap and neat looking, so I threw in a bid and ending up winning easily. 1987 Fleer will always be a "hotshit" set to me, just from how sought-after it was when I collected as a kid. 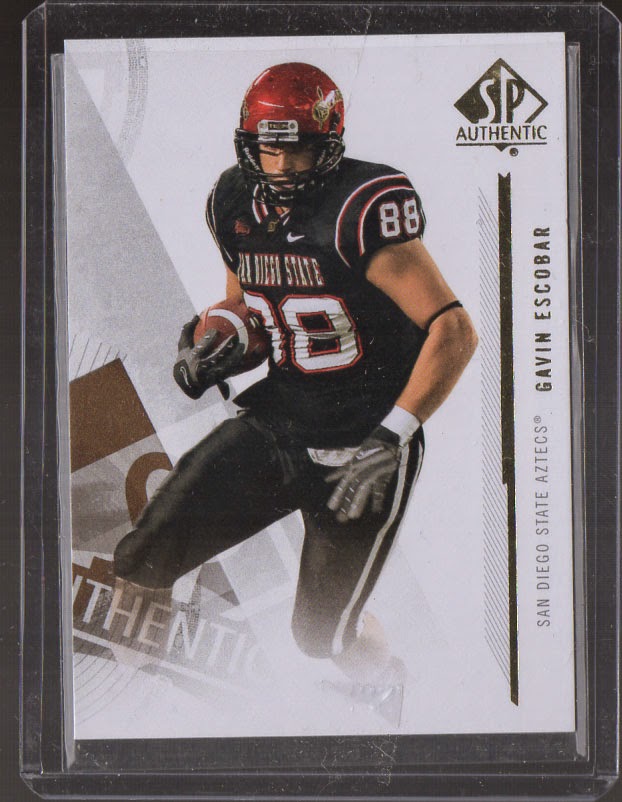 I just showed a few new Gavin Escobar pickups yesterday, now here's another one. Again, the Aztecs uni is appreciated.

Closing out this week's Listia haul are 3 shiny Goldschmidts from 3 separate auctions. I really like these cards. I should have aligned them in the reverse order, documenting a swing.. oh well.

Onto the webtraffic. It was a very successful week here on the Breakdown.

The game of Wallet Card [1/2] 576 views. 46 comments! Very popular post. It's funny, I wasn't planning on posting anything that day, but then I looked through my unpublished drafts and found this "travel card" rough idea I had back around November. I was upset with myself for forgetting about it because I wanted to start promptly on January 1st. But early January is good enough. I tweaked it a little, changed the name, and threw in the contest aspect to encourage others to participate. And yeah, it took off!

Wallet Card rules retraction [1/4] 113 views. The only rule is there are no rules.

Revamping my wantlist for '15 [1/5] 53 views. The Hundred Card Club concept might not have had the same reaching impact as Wallet Card, but I'm pretty excited about it.

Some cards I bought recently [1/6] 52 views. Nice response for a few cards I got off eBay the other day. 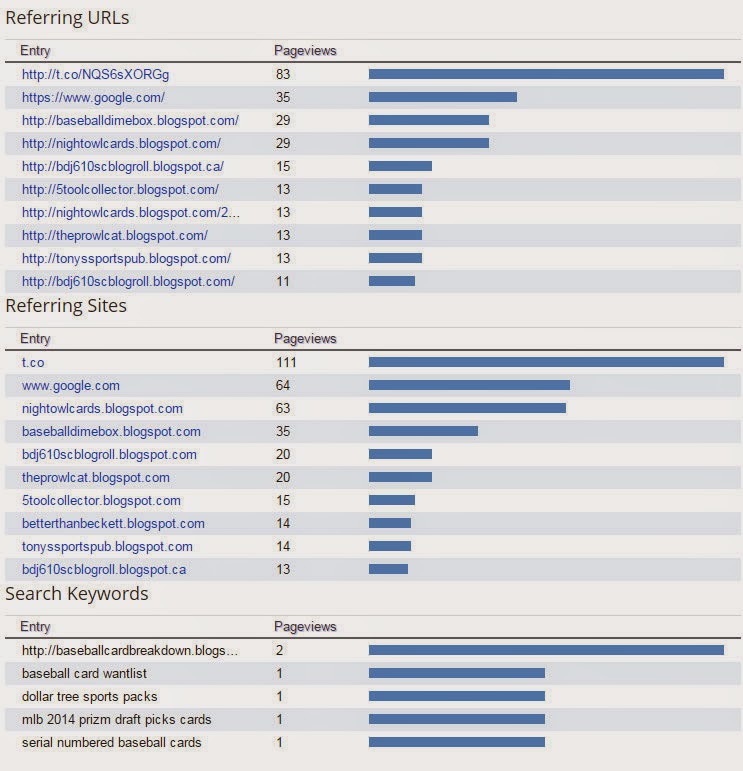 Those "t.co" sites atop the lists must be the shortened Twitter redirect link to the Wallet Card post.

I hope your 2015 has been going well so far. Maybe I'm jinxing myself, but it's been a week and I still haven't mistakenly written "2014" yet. Proud of myself.

Ok, I'll leave you today with what you've all be clamoring for! Both of my recent Alomar pickups intertwined as one: 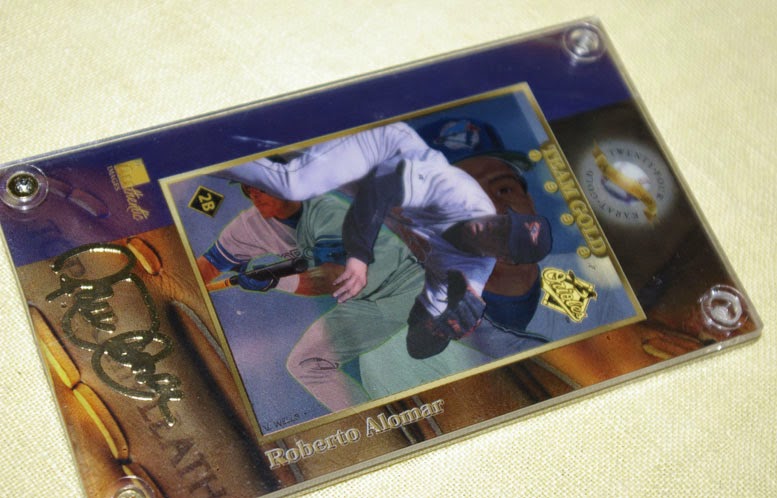