I had just posted a big "official rules and guidelines" post for Wallet Card, turning it into somewhat of a structured photography contest, but I was reminded that "The beauty of Wallet Card is it can be whatever you want it to be." And I may have been ruining something cool by trying to put rules on it.

So nevermind about the rules. Just have fun with it and do what you want! 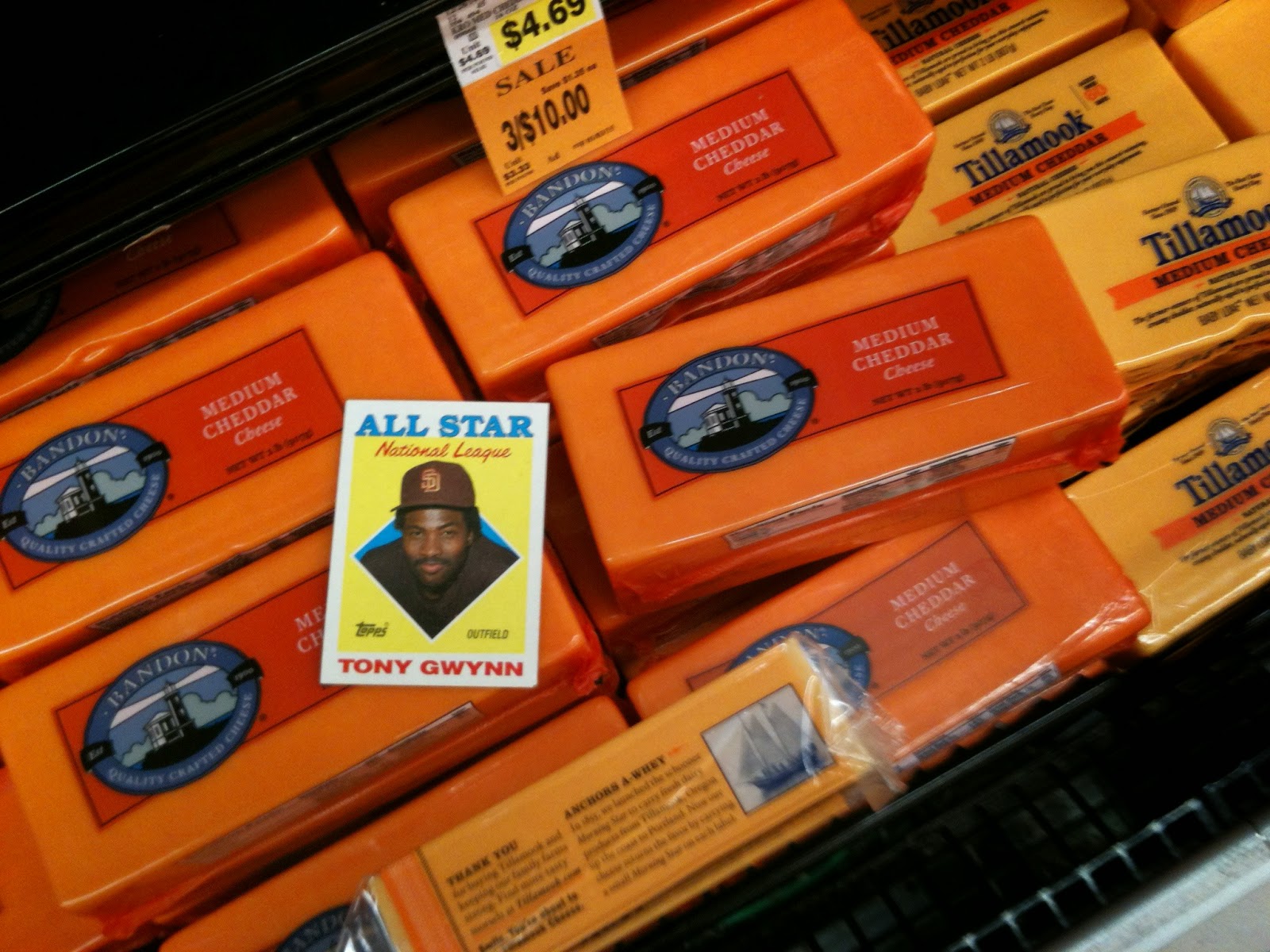 Here's Tony at the grocery store the other day, hanging out with the cheese. 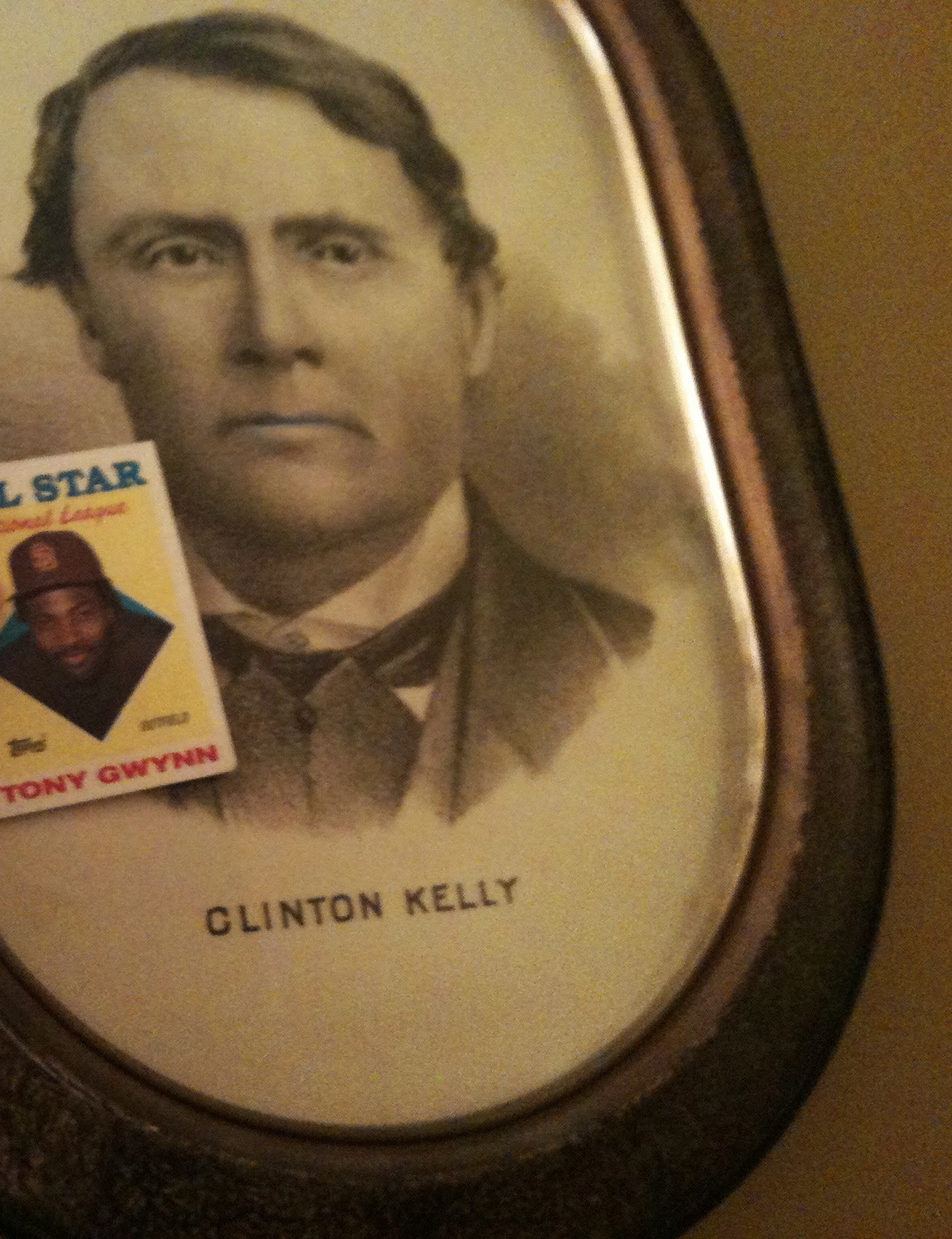 Here's a photo op with Clinton Kelly. I don't know who Clinton Kelly is, but this picture was hanging in the mens room of the restaurant I had dinner at last night, and I thought it was interesting enough to pull out the card to snap a photo. Google is telling me there's a 45-year-old TV personality named Clinton Kelly, but I think that's a different man. This Mr. Kelly is perhaps otherwise lost to time at this point. Anyways, the place is called Tabor Tavern and the mac & cheese was really good.

Thanks for stopping by! Don't forget to share your own Wallet Card photos from time to time.
Posted by defgav at 5:21 PM